Haitian journalist shot in wrist in latest round of protests

PORT-AU-PRINCE (Reuters) – A journalist was wounded by gunfire in Haiti on Monday as police fired live ammunition to disperse protesters, his employer, Haitian broadcaster Radio Sans Fin (RSF) said, amid mounting anger over an escalating economic and political crisis. 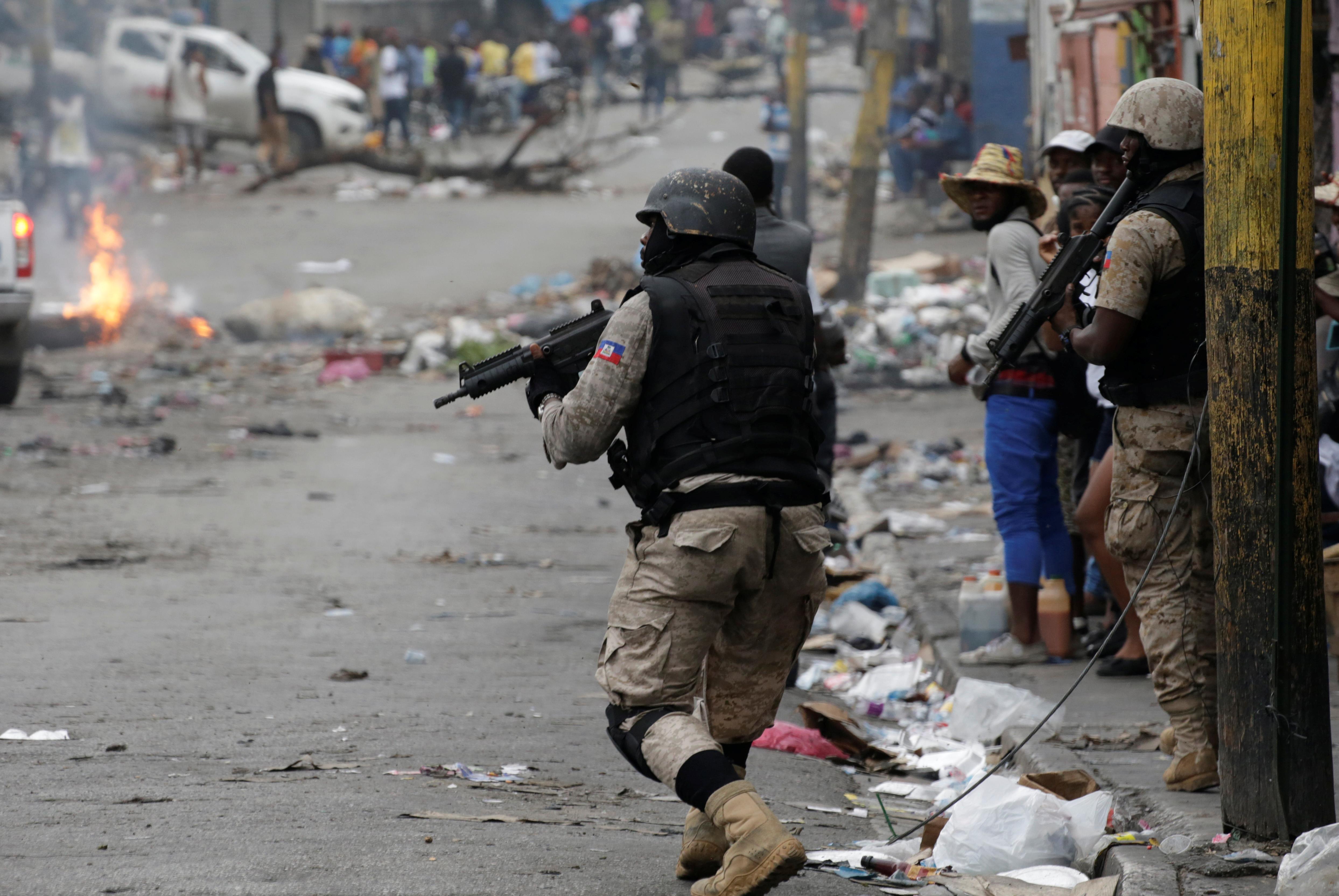 Television images from the scene showed RSF video journalist Edmond Joseph Agenor with bandages wrapped around his wrist after he was shot while covering a protest in the capital.

Agenor was rushed to hospital on a motorcycle for treatment after protesters threw rocks and police responded with gun shots and tear gas.

It was the second time in a week that a journalist was shot by Haitian authorities.

A lawmaker from the ruling party of President Jovenel Moise fired a handgun during a protest last week and wounded Associated Press photographer Dieu-Nalio Chery.

Haitians are protesting against widespread food and fuel shortages, a weakening currency, double-digit inflation and graft accusations lodged against public officials in the impoverished Caribbean nation.

Protesters also burnt at least a couple of cars, including a police car, in the latest round of civil unrest.

Many Haitians have called for Moise to stand down after what they describe as a failure to address Haiti’s myriad problems.

Four people have been killed in clashes over the past several days.

Protests last week were among the largest and most violent in months as witnesses reported that a special unit of the Haitian National Police was looted and another police vehicle set ablaze.