AT the ripe old age of 59, Mama had defied the average life expectancy of a chimpanzee by all accounts.

But as she was hit by a lengthy illness, the elderly chimp was refusing food and stayed curled in a ball – until a old friend paid her an unexpected visit. 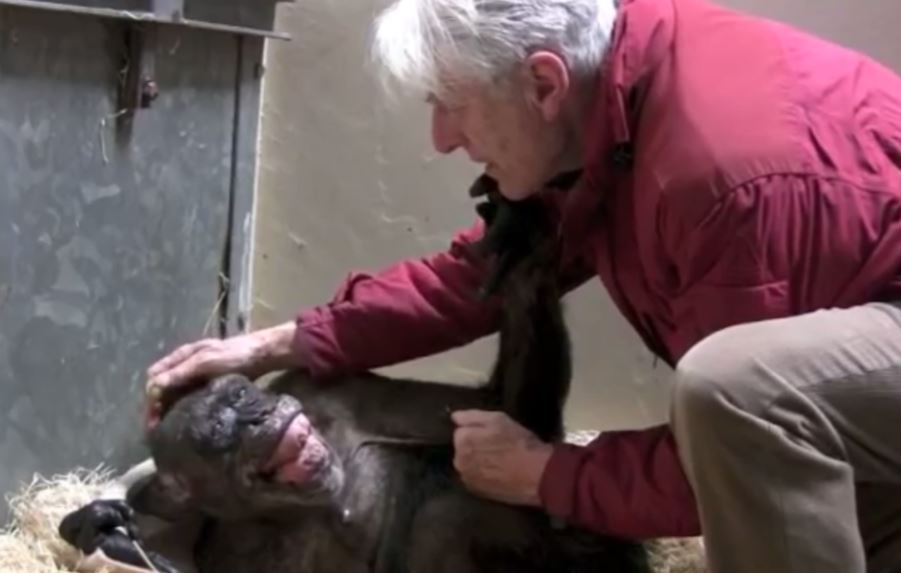 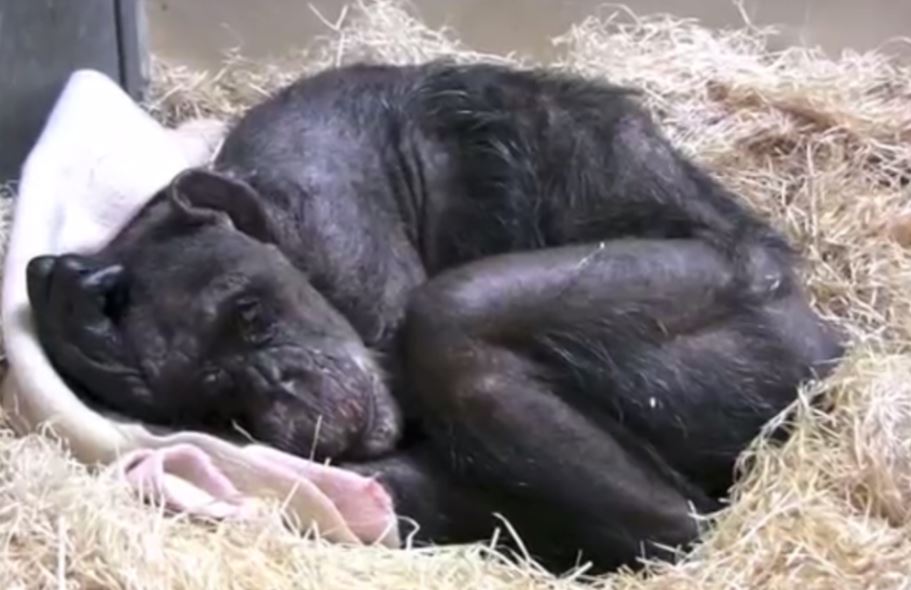 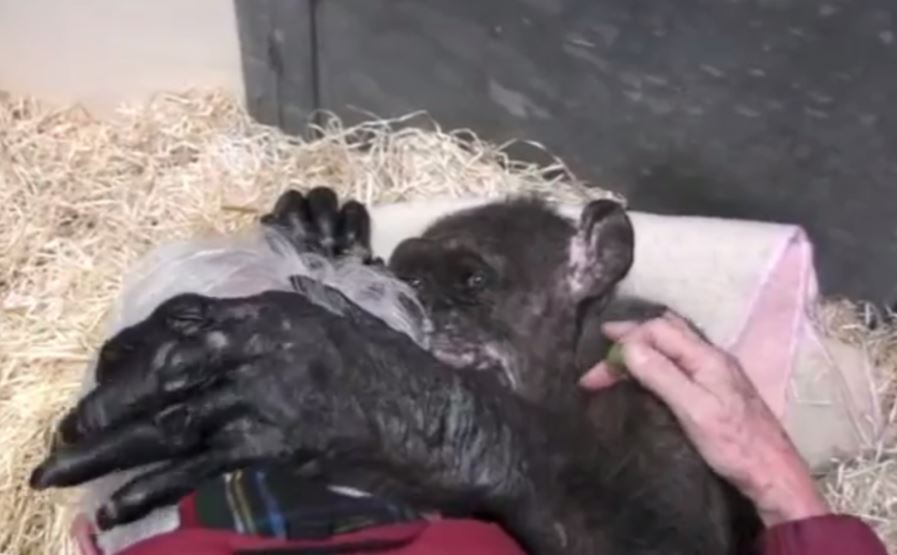 Heartwarming footage shows the moment the visibly weak primate was reunited with Jan van Hooff – her former zookeeper she knew for more than four decades.

In April 2016, the chimp – the oldest and the matriarch of the famed colony of theRoyal Burgers' Zoo in Arnhem, the Netherlands – was just days away from death.

Crippled by painful sickness, the beloved creature was nudging away any spoonful of food offered to her and appeared defeated in upsetting clips.

But just a week before her death, Dutch zoologist van Hooff's touching reunion with his chimp pal was caught on camera.

At first, it takes Mama a few moments to recognise van Hooff – who co-founded the Chimp Colony at the zoo – as she lays lethargically curled up.

Seconds later, the emotional chimp lets outs a gleeful screech and even appears to break into a wide grin as she extends her arm to embrace him.

England and Wales’ crime capitals revealed – how dangerous is YOUR area

Mama then strokes van Hooff's hair as she continues to beam before hugging himand even accepting food from the professor.

Van Hooff first became acquainted with Mama in 1972 – and despite not seeing eachother for several months, she was stunningly able to recognise him in an encounter reminiscent of a reunion between two friends chatting about fond memories as their paths cross for the final time.

She was the eldest chimp in the Netherlands, and at the time there were just two in all of Europe that were older.

The primate – an icon ofRoyal Burgers' Zoo – was born in the wild in around 1957 and spent her early years living at the German Zoo of Leipzig.

In 1971, Mama arrived in Arnhem with two other female chimps and they formed a new colony that went on to become world famous.

Several adult chimps were kept together in a shared area – a first the zoo, which experts predicted would result in major disaster.

But sceptical fears soon drained away as van Hooff, a behavioural scientist, directed close studies on the chimps.

In her prime, Mama played a dominant role in the troop as she exerted immense influence over the other chimps and according to the zoo, "ruled her females with a firm hand".

The colony was studied by internationally renowned primatologist Frans de Waal, and who in his book widely acclaimed book Chimpanzee Politics hailed Mama "the oldest and undoubtedly most dangerous female of the troop".

When we arrived at the chimpanzee quarters, Mama always came running towards me from the farthest corners to excitedly greet me from the other side of the moat in chimpanzee language with a loud panting ‘oohooh!’.

Despite her name, Burgers' Zoo described her as a "lousy mother" as in some cases, her babies had to be raised with help from caretakers.

When it came to her fellow chimps, however, Mama was a dab hand with reconciliation skills and so was at the forefront of resolving conflicts.

But as her old age began to overcome her, Mama's granddaughter Morami started to take over her central role in the colony.

Speaking after Mama's death in 2016, van Hooff – now 85 – recounted how the chimp would "excitedly greet" him during visits to the zoo.

“Many people I have given tours to, after lectures and with training courses, have known her," he said.

"When we arrived at the chimpanzee quarters, Mama always came running towards me from the farthest corners to excitedly greet me from the other side of the moat in chimpanzee language with a loud panting ‘oohooh!’.

"This past year it became more and more difficult. Each time it took her longer before stumbling she reached the moat. I will definitely miss her."

The clip of van Hooff's final embrace with Mama – uploaded to his YouTube channel – has been viewed more than 12million and continues to cause viewers to well up. 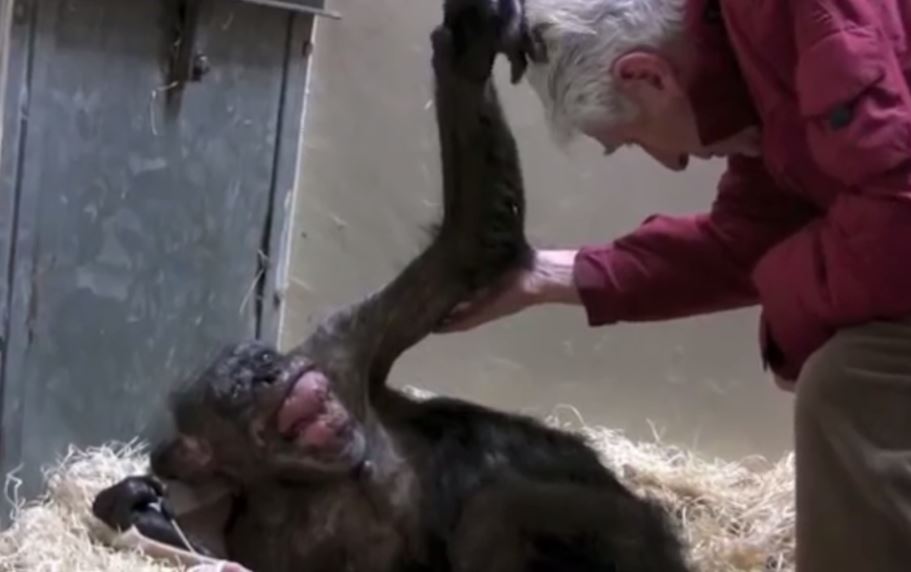 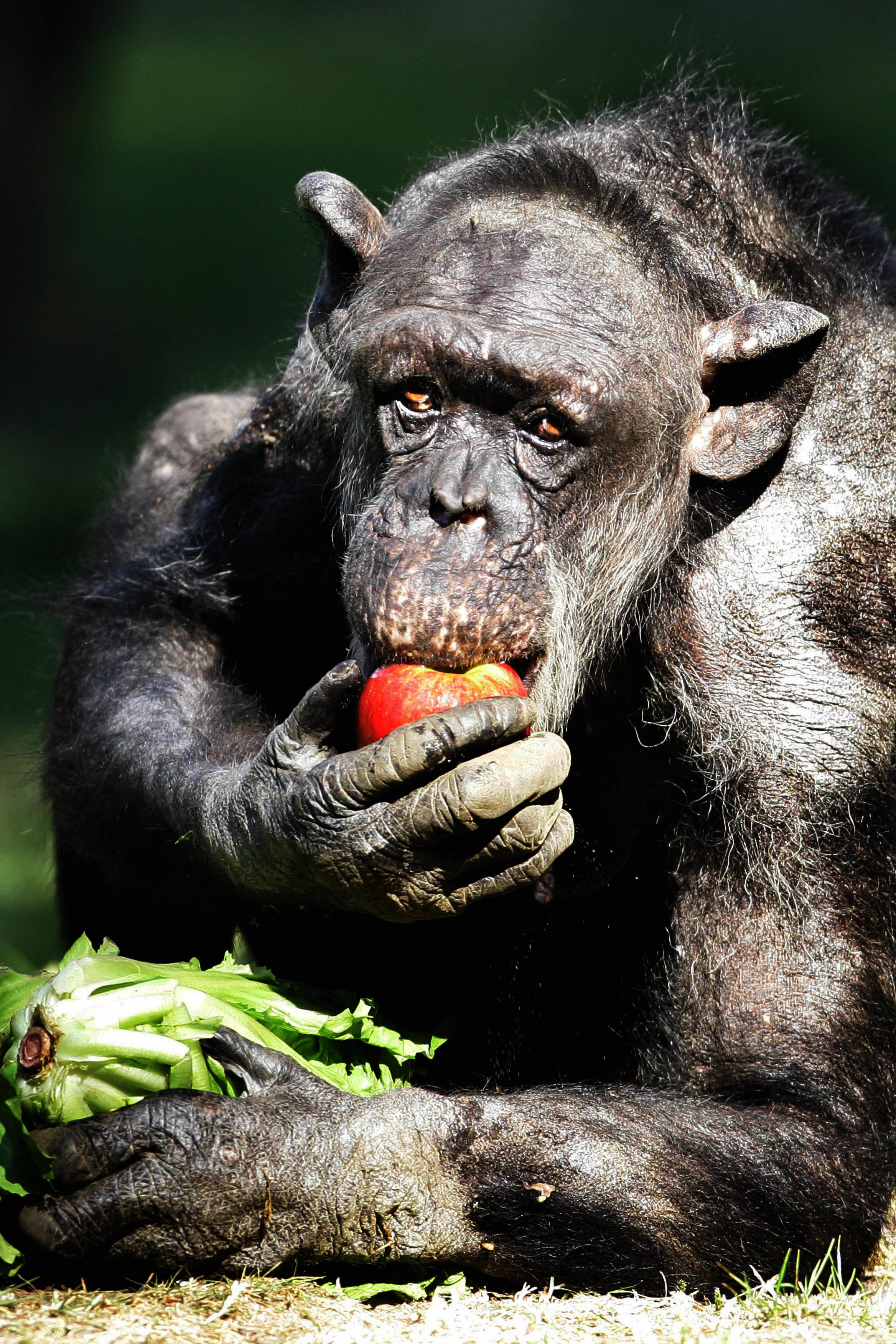