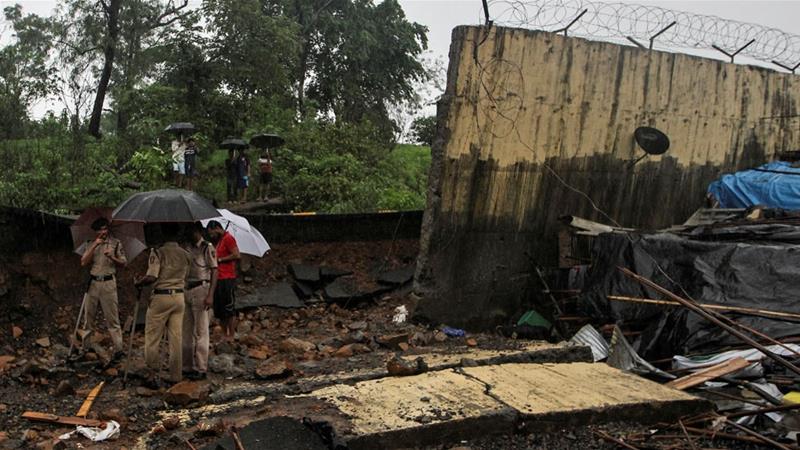 A wall collapsed on shanties in India’s financial capital of Mumbai on Tuesday, killing at least 13 people as a second straight day of heavy rain disrupted rail and air traffic, forcing authorities to declare a public holiday.

Mumbai is looking to turn itself into a global financial hub but large parts of the city struggle to cope with annual monsoon rains, as widespread construction and garbage-clogged drains and waterways make it increasingly vulnerable to chaos.

The rain brought the wall crashing down on shanties built on a hill slope in Malad, a western suburb, a fire brigade official said.

“Rescue work is still going on,” the official added. “So far we have rescued more than a dozen people.”

More than 300mm of rain fell over 24 hours in some areas, flooding streets and railway tracks, forcing the suspension of some suburban train services, which millions of commuters ride to work each day. 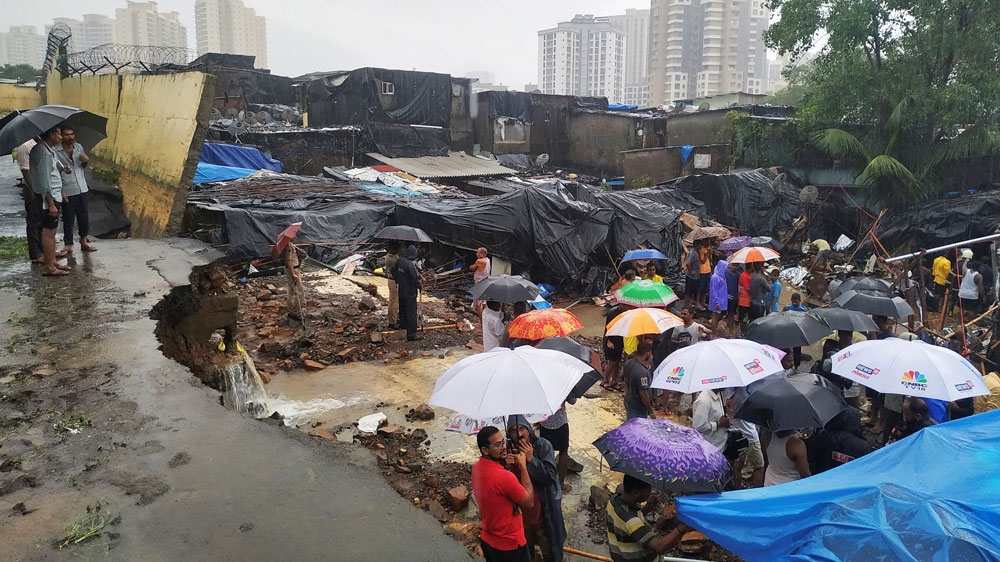 “Rain is expected to remain intense even today,” they said on social network Twitter. “We request you to stay indoors unless there’s an emergency.”

Flights from Mumbai airport, India’s second-biggest facility, were also delayed after a SpiceJet flight overshot the runway while landing, an airport spokeswoman said.

In the nearby western city of Pune, six people were killed in a similar wall collapse, a fire brigade official said, in the wake of a collapse on Saturday that killed 15.

During every monsoon season, which runs from June to September, India experiences fatal incidents of building-and-wall collapses as rainfall weakens the foundations of poorly-built structures.

In 2005, floods killed more than 500 people in Mumbai, the majority in shantytown slums home to more than half the city’s population.