Tens of thousands of wealthy families abused taxpayer-funded loans meant to help struggling homebuyers get on the property ladder, a report has revealed.

Nearly two-thirds of those who bought houses using Help to Buy could have afforded to do so without the scheme.

And of the 211,000 who have benefited from the scheme, one in five were not even first-time buyers – those it was meant to help. 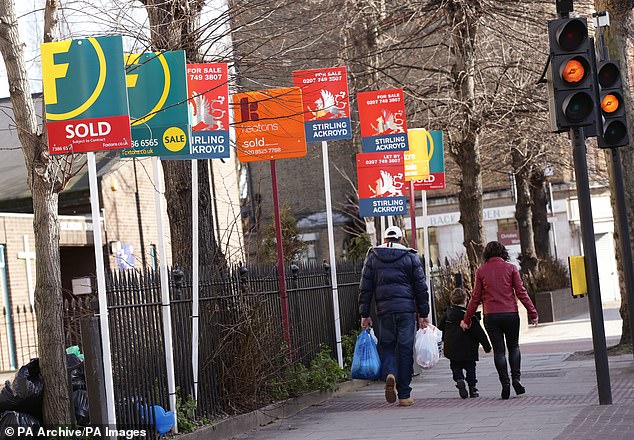 The report by the National Audit Office also shows the Government loan scheme has helped housebuilders rake in huge profits, with firms such as Persimmon and Barratt selling nearly four in ten of their properties via Help to Buy.

At the same time it has left the public finances dangerously exposed to a downturn in the property market, it claimed.

Critics said the report showed the scheme is a ‘costly, useless mess’ which has wasted billions of taxpayers’ cash.

Help to Buy was the brainchild of then-Chancellor George Osborne in 2013. It enables anyone buying a new-build house worth up to £600,000 to borrow 20 per cent of its value from the Government – or 40 per cent in London. No fees are paid for this loan for the first five years.

The loans are aimed at helping young people by helping those who could not otherwise afford a home because they do not have a large enough deposit. 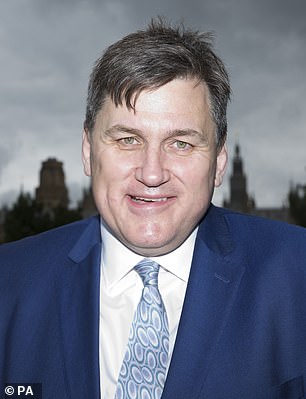 But only 37 per cent of those who took one would have been unable to get on the housing ladder without it, the report from the National Audit Office found.

So far £11.7billion has been handed out through the scheme, leading critics to claim it is a waste of state money.

Matthew Lesh, of the free market Adam Smith Institute think-tank, said: ‘This report is just more evidence that Help to Buy has been a costly, useless mess.

‘A majority of Help to Buy recipients didn’t even need the scheme, meaning billions of pounds have been wasted as other budgets were squeezed.

Some campaigners have called for a ban on loans to the highest-earning families.

The National Audit Office – an independent parliamentary body – said: ‘In the Ministry of Housing’s opinion these transactions are an acceptable consequence of designing the scheme to be widely available.’

Although it is meant to support first-timers, Help to Buy is open to others, and 19 per cent of those using the scheme have bought a house before.

The National Audit Office also raised fears that Help to Buy exposes public finances to problems in the property market due to the way it is structured.

If a property is sold before the Government loan is repaid, the borrower has to give back a percentage of the proceeds if it has gone up in value. But the state takes a loss if prices fall.

Gareth Davies, head of the National Audit Office, said: ‘Help to Buy has increased home ownership and housing supply, particularly for first-time buyers. However, a proportion of participants could have afforded to buy a home without the Government’s help.

‘The scheme has also exposed the Government to significant market risk if property values fall, as well as tying up a significant public financial capacity.’

The report said the scheme has boosted profits for housebuilders. England’s five largest – Persimmon, Barratt, Taylor Wimpey, Bellway and Redrow – are responsible for more than half of all Help to Buy sales.

Housing minister Kit Malthouse said: ‘Help to Buy has been life-changing for first-time buyers across the country.

‘Not only has it supported more than 170,000 first-time buyers, it has increased home-building by nearly 15 per cent, and is set to make a profit for the public – it’s been a win-win.

‘From 2021 it will be extended and strengthened to make it exclusive for first-time buyers to support those who need it most.’