Home » World News » Hero dad rushed to save daughter, 18, after she was engulfed in flames when gas can exploded in her face

Hero dad rushed to save daughter, 18, after she was engulfed in flames when gas can exploded in her face

A HERO dad rushed to save his daughter, 18, after she was engulfed in flames when gas can exploded in her face.

Elena Marcum, 18, has opened up after the horrific accident when her father came to her rescue – and put out the flames with his bare hands. 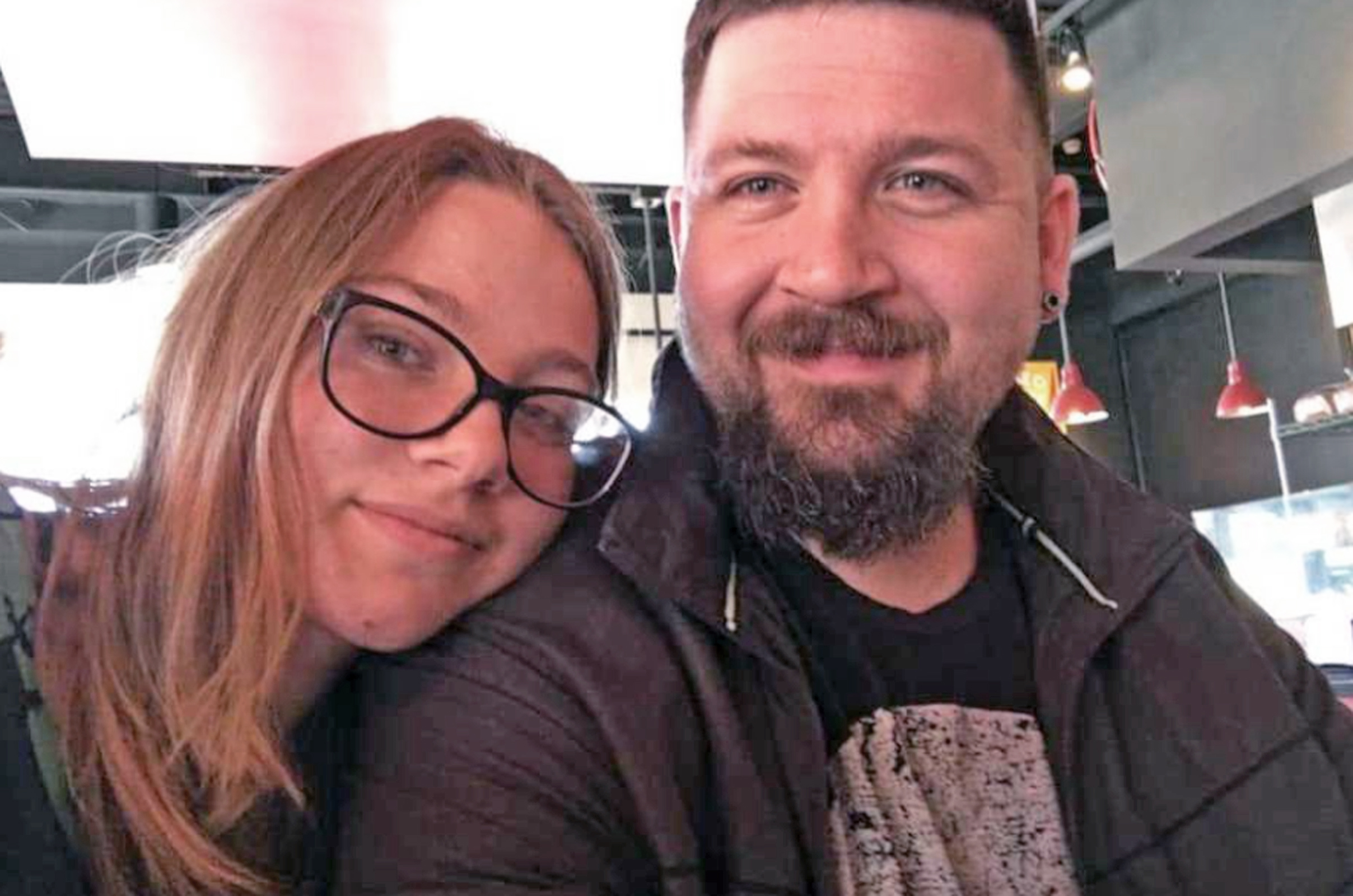 The "awful" accident happened in February 2020 while the teen was outside burning boxes in her parent's garden in College Corner, Ohio.

“What happened to me is awful, but I’m just grateful that I’m alive," Marcum said.

The teen's dad, Robert Marcum, 35, and and step-mom, Christa Marcum, 33, a cleaner, asked Elena to throw away some old boxes from Christmas.

“Usually, we burned boxes on the fire pit outside," Elena explained.

“So, I asked Dad for a lighter.

She added: “He handed me one and told me to be careful.” 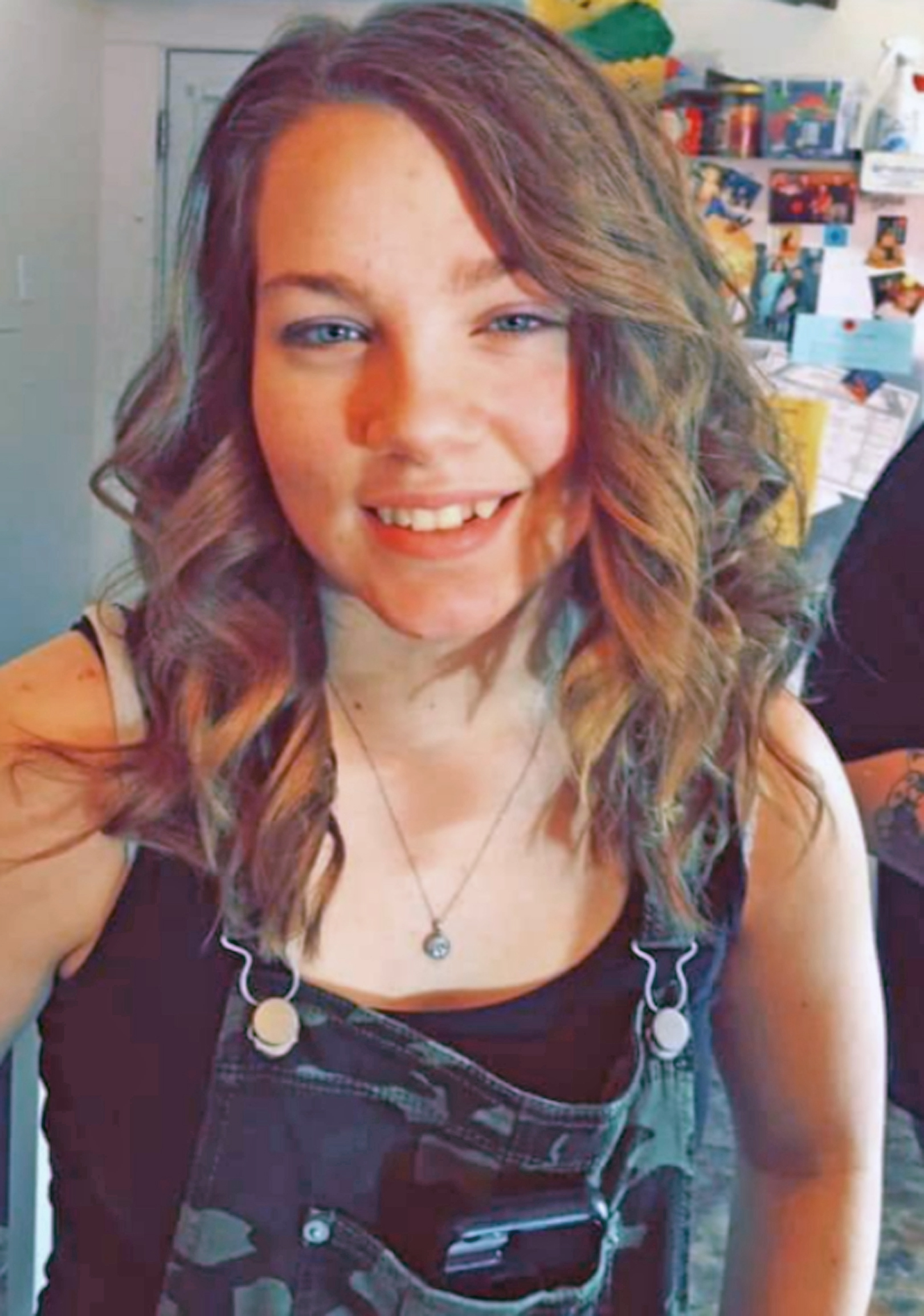 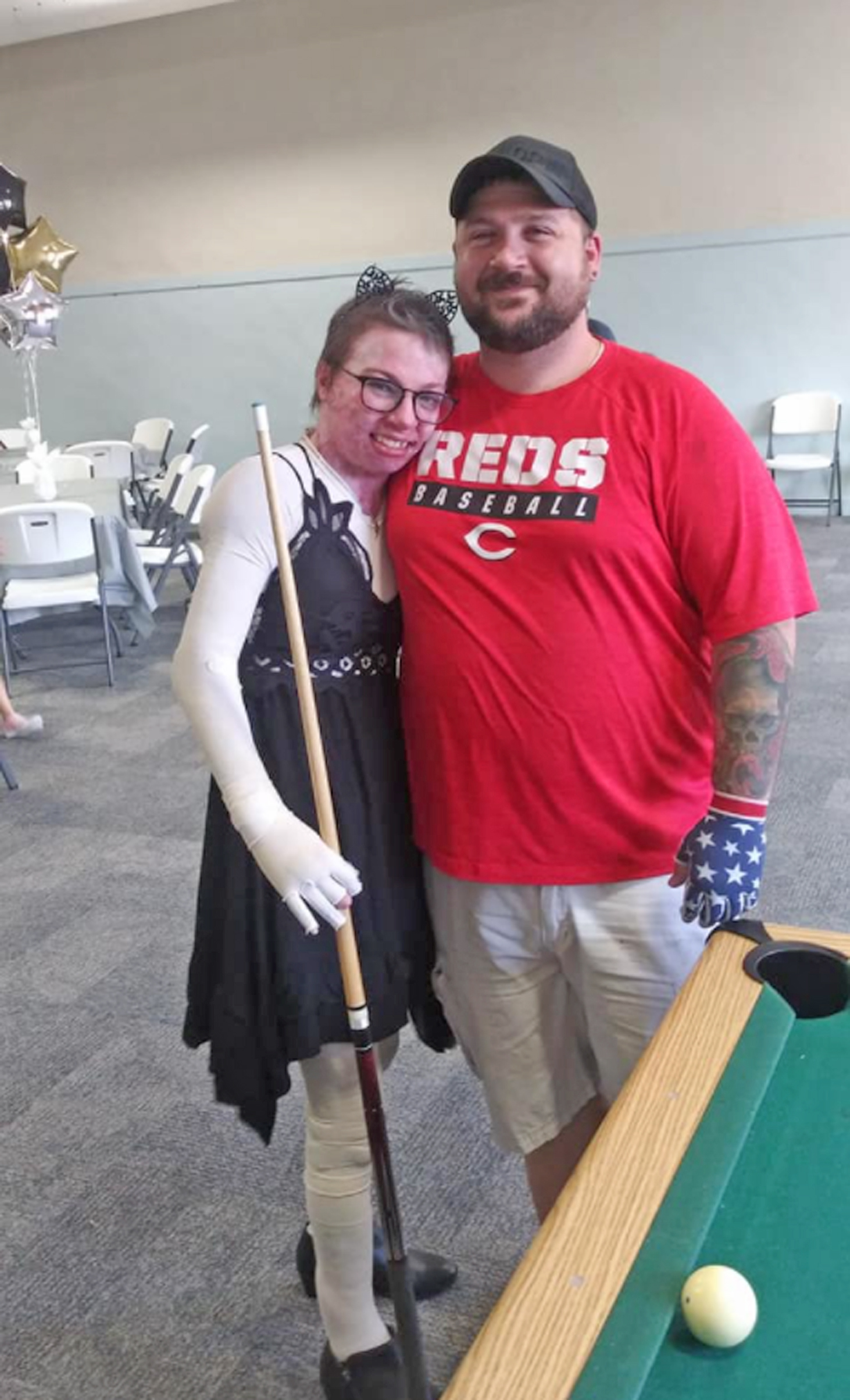 The teen and her boyfriend gathered wood from the garden, and threw it into the fire pit.

They then lit the kindling, and tossed the flattened cardboard boxes on the flames.

The fire began to die down as the boxes disintegrated – but Elena said "I wanted to keep the fire going."

“I then spotted an old gas can on the ground nearby," she explained.

She added: "…without thinking, I tipped the can upside down, onto the hot coals."

With her boyfriend standing just feet away, the box-burning took a turn for the worst.

“Suddenly, a flame shot up the stream of petrol and there was a horrendous loud bang," Elena explained.

“The force threw me to the ground," she said.

In a matter of seconds, the teen's body was engulfed in flames.

She said: "There was a ringing in my ears and my skin was burning.

“I leapt off the floor and began running around, screaming.

She then saw her Dad "run towards me, before tackling me to the ground."

“He put his hands through the flames and began rolling my body across the grass." 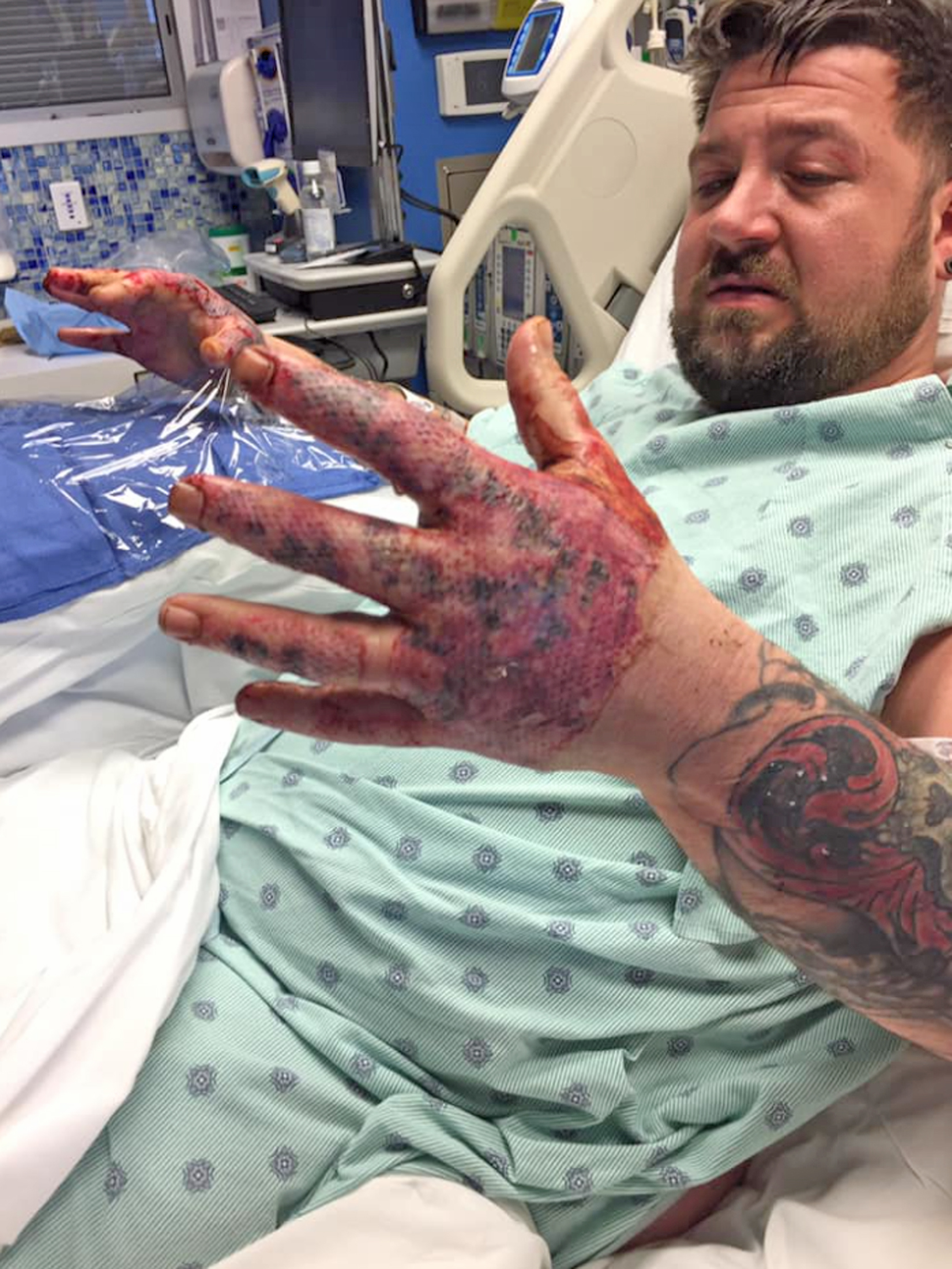 “Then, he got a penknife and ripped off my clothes.

“But my skin was already melting to the fabric.

Expecting the worst, the teen said: “I thought I was going to die.”

A neighbor threw Robert a blanket minutes later, and he used it to smother the flames around Elena.

As step-mom Christa called 911, Elena said she was "sobbing" as she told herdad "how sorry I was and that I loved him."

When paramedics arrived, she blacked out.

She was airlifted to a hospital in Indianapolis, and put in a medically-induced coma for two months.

Elena said a doctor explained that she suffered third-degree burns to 86percent of her body – and her dad's hands had burns but he was okay. 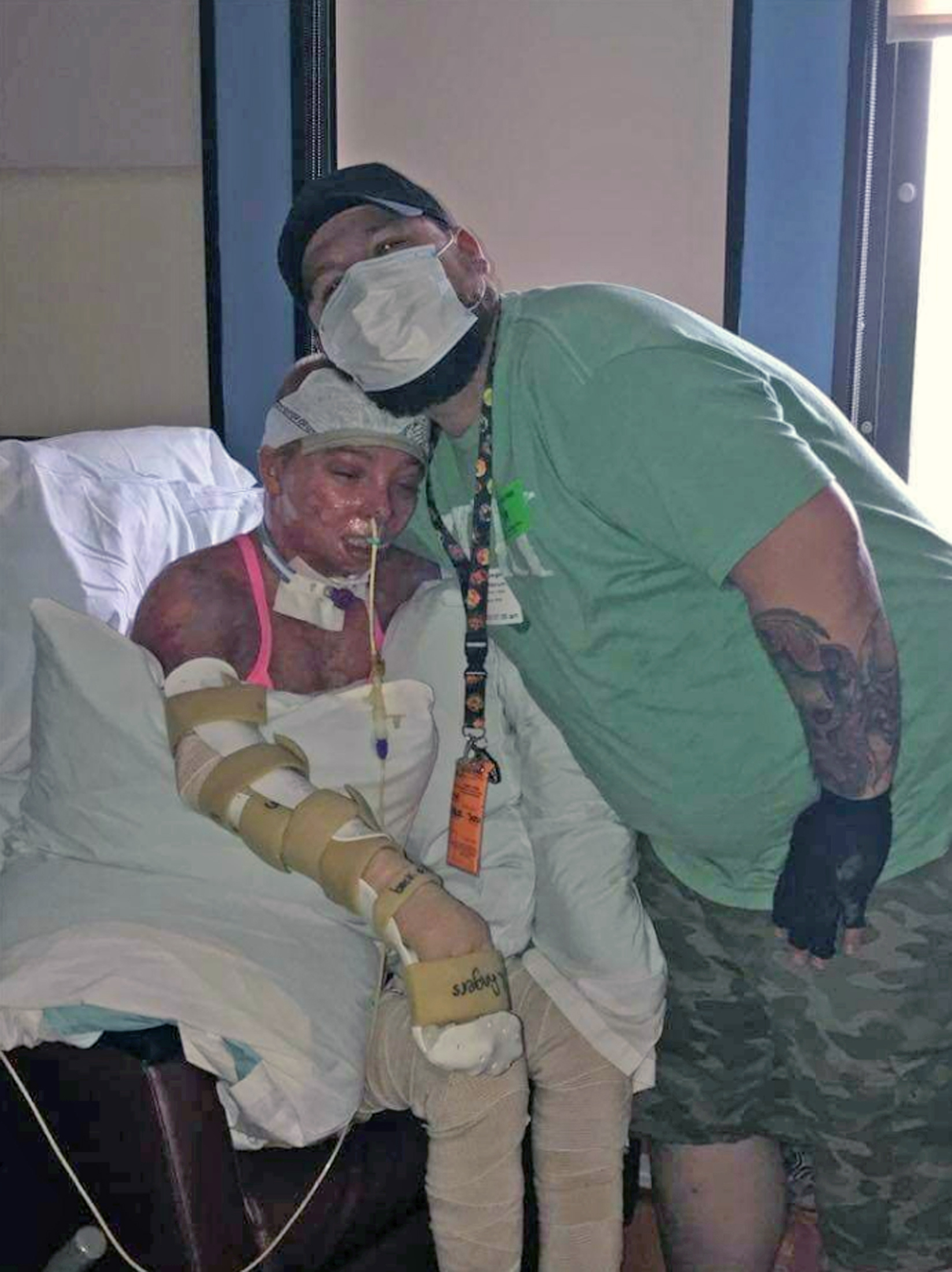 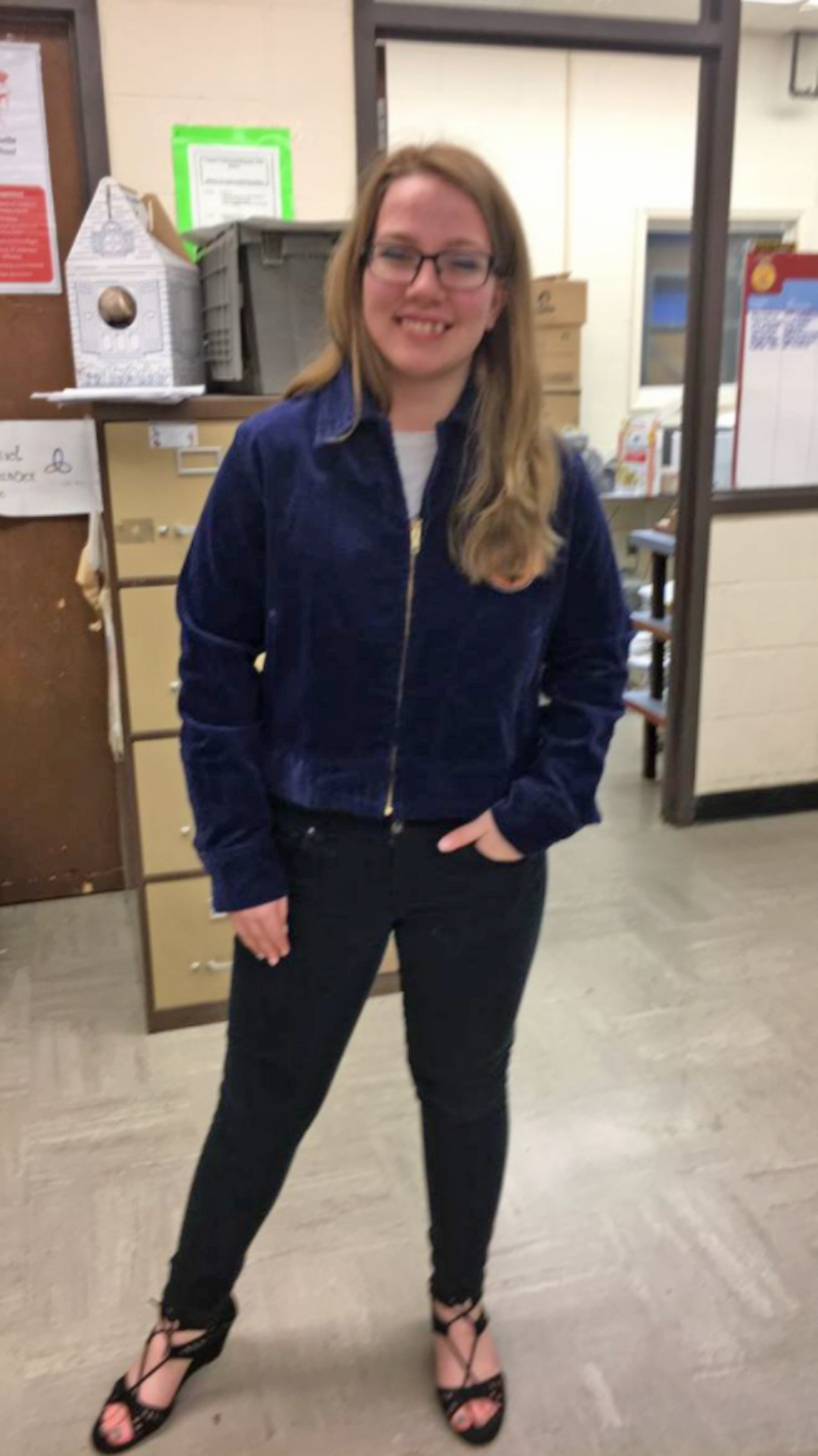 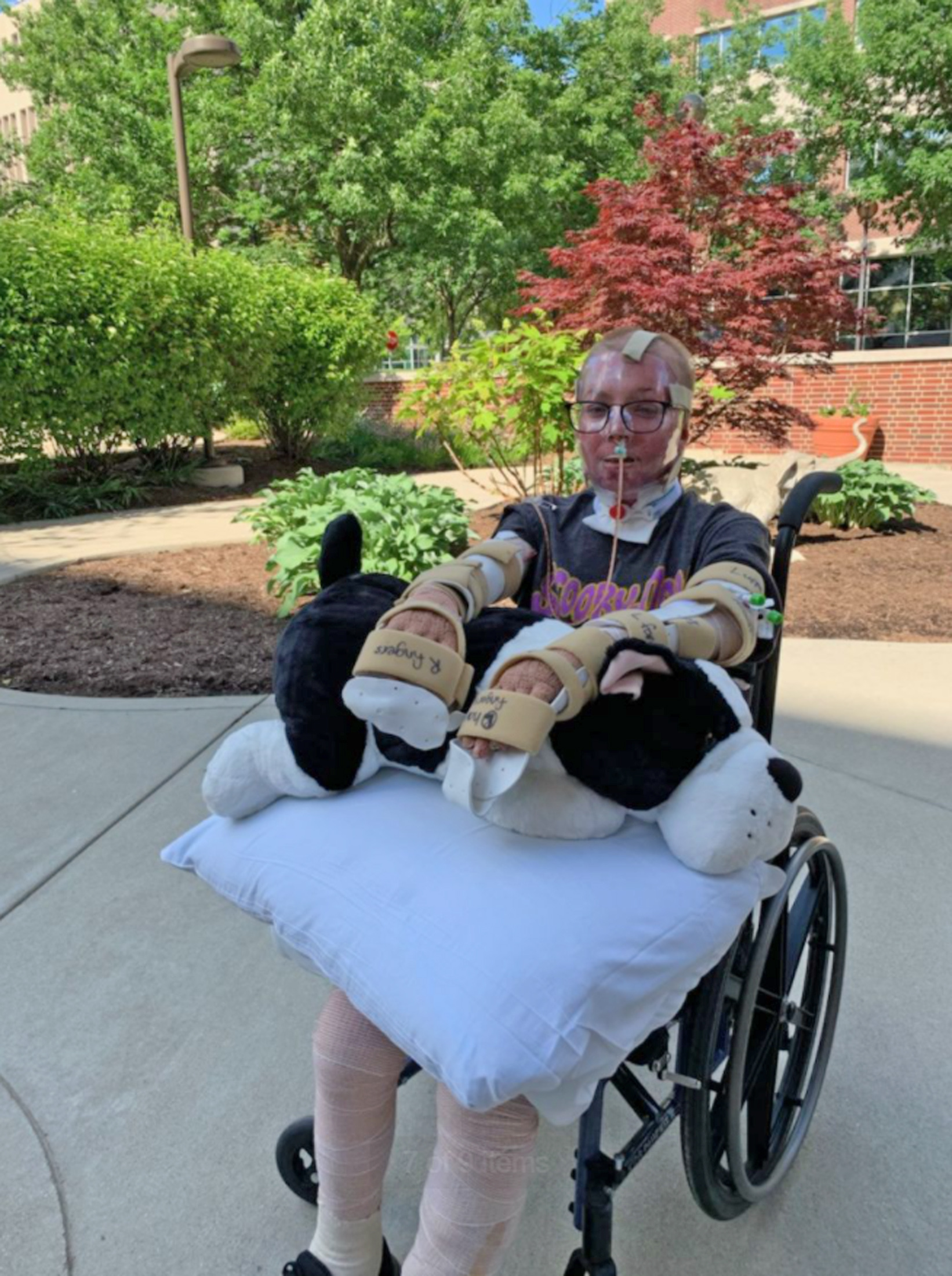 She had 15 different operations, and had several donor skin-grafts.

As she woke in the middle of the Covid-19 pandemic, she was unable to see her father – which the teen said left her "heartbroken."

When she was finally able to see her dad, Elena said she felt "guilty" as she saw the burns on his hands.

“I cried my eyes out while thanking him for saving my life," she said.

The next week, the teen looked in a mirror for the first time since the accident.

“My whole body was burned to a crisp," she said, explaining the only parts of her that weren't scorched were the top of her head, butt, and feet.

“The little finger on my left hand had been so badly burnt, doctors had to amputate it," Elena said.

Although her appearance had changed, Elena said she didn't cry as "Life felt like a gift."

She underwent intense rehabilitation, learning how to eat, walk, and write again.

"It was so hard," she explained.

In July 2020, she was discharged from the hospital – and welcomed home by her family. 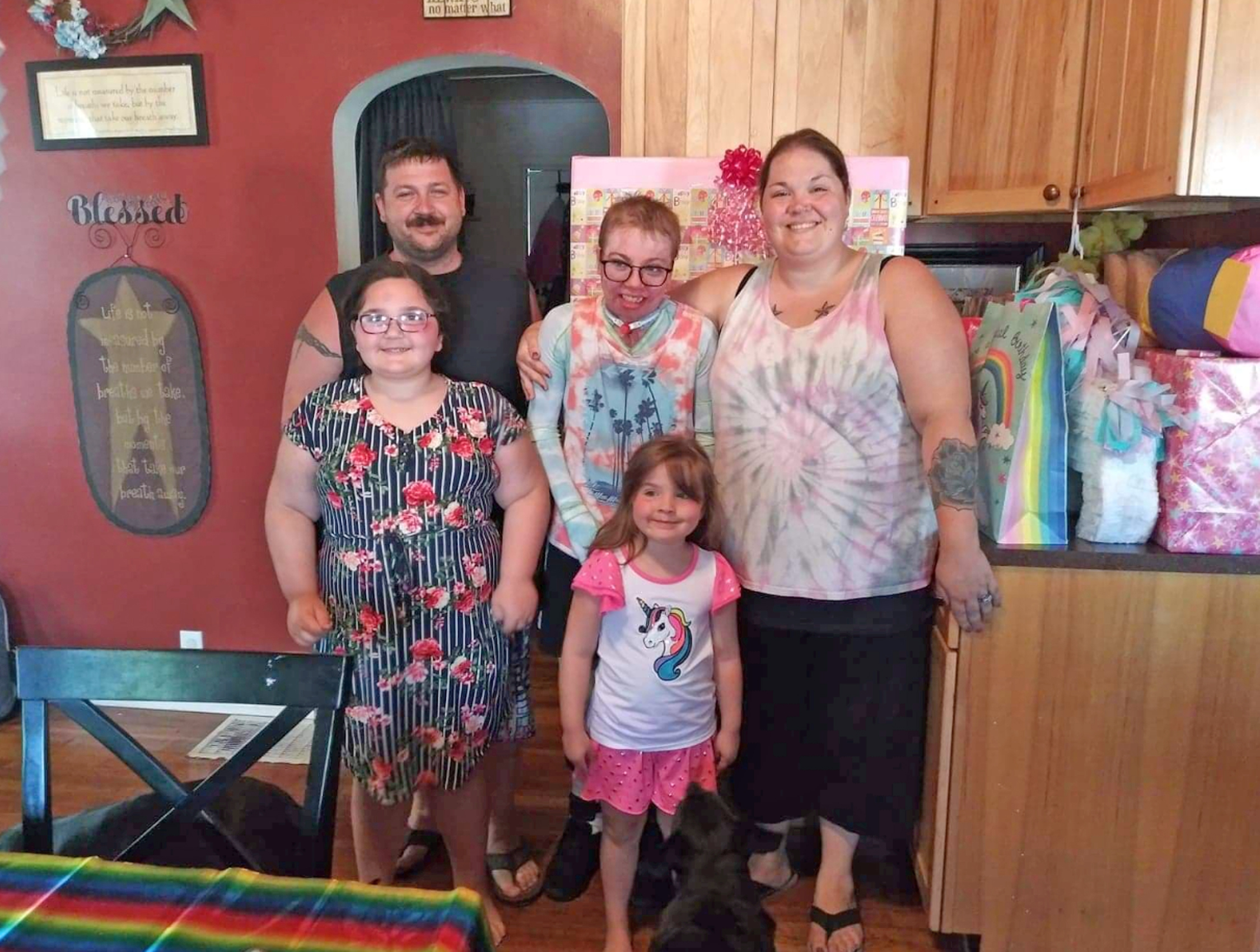 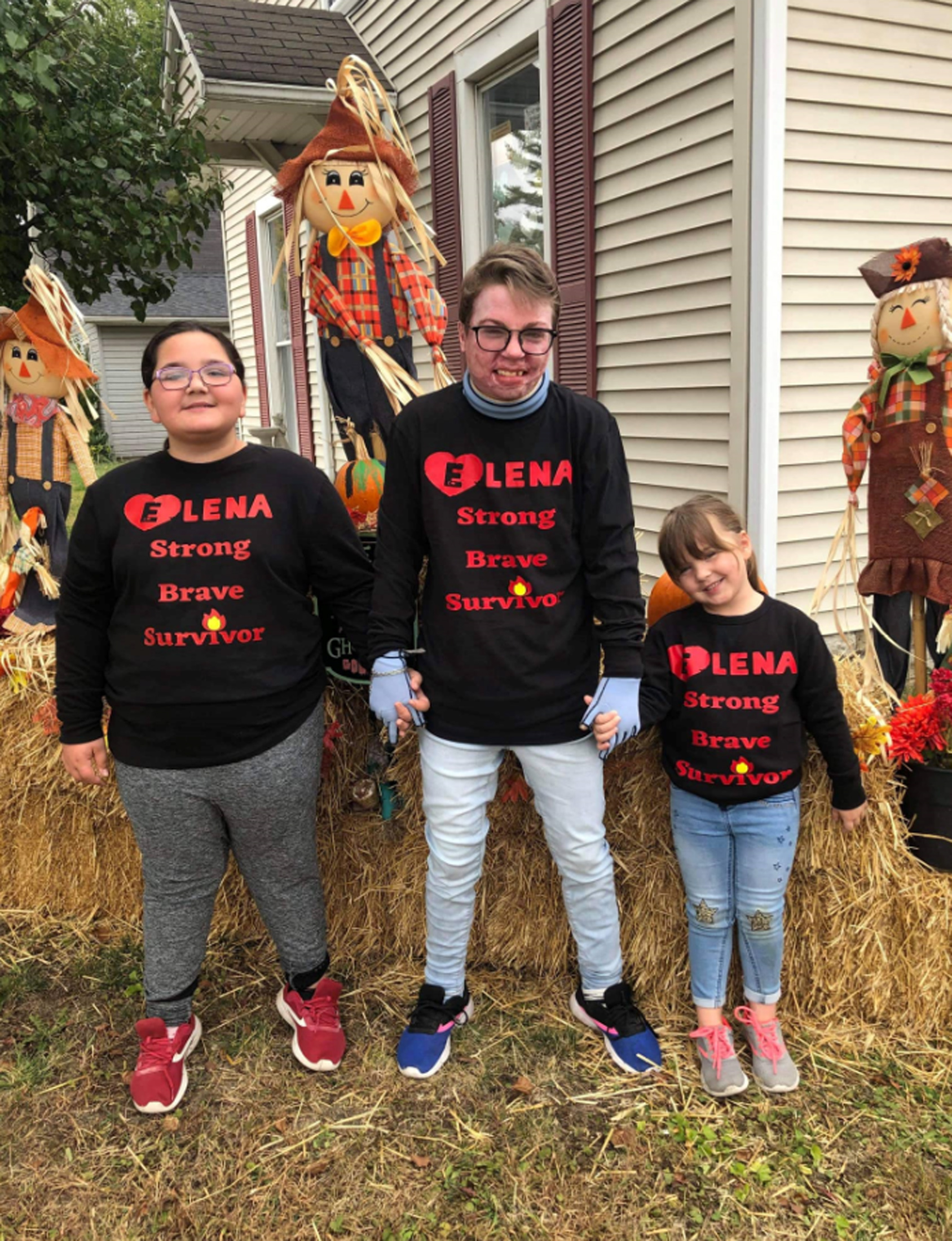 Her father, stepmom, mom Amanda, her mother's boyfriend, Elena's boyfriend, and her six sisters all waited outside the hospital to take her home.

She said she was "anxious" about people looking at her in public after the accident – but people smile at her.

The teen said people int he community donated money to help with medical expenses, which she says "touched" her.

Weeks later, she stood on a float in a town parade – complete with a sign that said "Welcome home Elena."

She said she's "doing really well" now and is "getting many laser surgeries to lessen my scars."

Elena is now aspiring to help others.

“I want to become a social worker or a nurse on a burns unit so that I can help other people like me," the teen said.