THIS is the hilarious moment a randy dog gatecrashed a TikTok video and started humping a woman trying to dance.

The mischievous pup has gone viral on social media due to his bold antics in the funny clip. 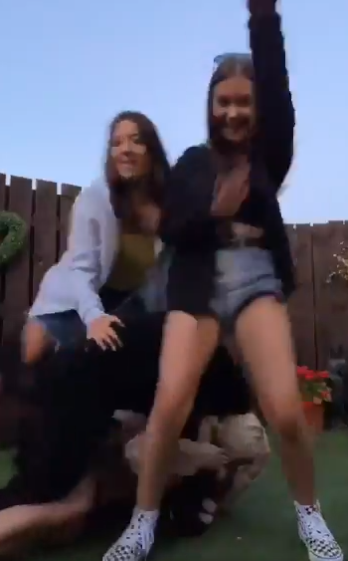 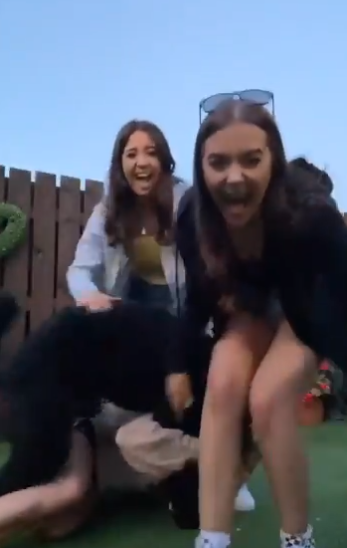 In the video, three girls can be seen dancing to backing music in their garden for a TikTok clip.

But the dog then enters the frame – knocking one of the unsuspecting performers to the floor.

The determined pup then starts relentlessly humping her on the ground as the camera continues to roll.

But the girl's two pals were determined to finish off their TikTok video – as they continued dancing despite the hilarity in the background.

The clip left viewers from across the globe in stitches on Twitter, and has already gotten over 2,000 likes.

One social media user wrote: "I love the friend carries on dancing and pushes her to get front of camera.

A third person said: "This is the funniest thing I think I’ve ever seen."

And a fourth social media user wrote: "Was not expecting the dog to pop out of nowhere."

Last month a hilarious TikTok video showed a woman being chased by cows in a Scottish field.

The clip went viral, racking up over 33,000 views online.