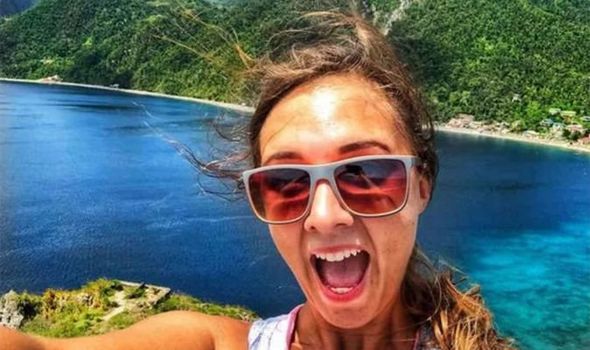 Cora Smith, 27, travelled to the Dominican Republic in March 2018 with her husband, Jay, 32. On just the second day in the capital of Santo Domingo a man tried to kidnap her while she was out for a run on a busy main road. Just weeks later, having arrived in the popular tourist destination of Punta Cana, the young American was sexually assaulted while cycling just 20 metres behind her husband.

She describes the Dominican Republic as a “really dangerous place”, likening all-inclusive resorts to “military bases” due to the sheer numbers of armed guards stationed outside the entrances.

She said she was too scared to leave her husband’s side throughout their three month stay in the country.

Upon arriving in the Dominican Republic, a woman frantically ran up to Mrs Smith, an Instagram travel influencer, and urged her to take off her wedding ring.

Mrs Smith told Express.co.uk: “The woman came up to me and grabbed my hand, shouting at me to take my ring off. 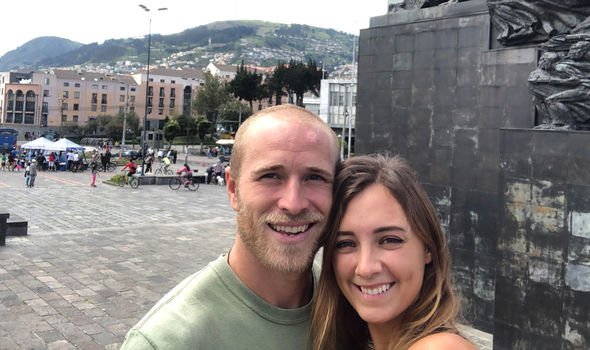 “I thought she was crazy and told her I wouldn’t take my wedding ring off for anybody.”

The local then warned the American, from Orlando, Florida: “They will not ask you for it, they are going to cut your finger off and take the ring.”

Mrs Smith was pretty shaken from the woman’s warning but the next day she decided to go for a run along a busy six-lane main road in Santo Domingo while her husband napped.

She said: “I figured I would be pretty safe, I’m in broad daylight on a very busy road. 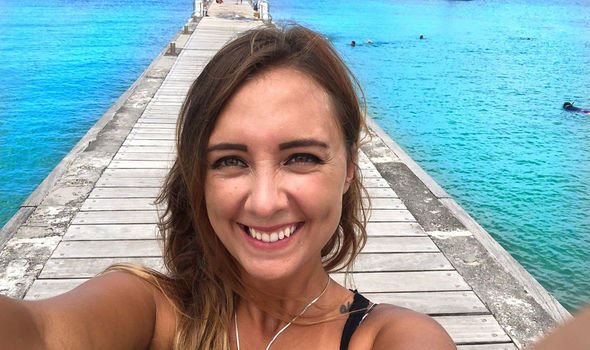 “But as I was running, a car started honking his horn and slows down right beside me.

“The driver starts signalling to me to get into his car.

“I ignore him and kept running, but he keeps getting angrier and angrier.”

She explained the man then sped off, but stopped abruptly 100 metres in front of her, forcing the cars behind him to swerve. 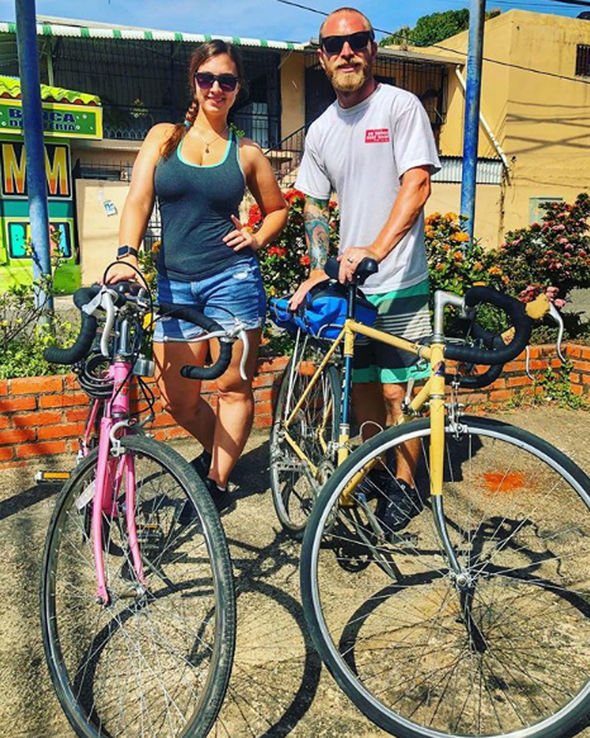 She said: “He then gets out of his car, opens the passenger side door and starts walking really briskly towards me – as if he was going to grab me and drag me into his car.”

Realising the danger, Mrs Smith stopped dead in her tracks, turned around and ran as fast as she could in the opposite direction.

After the incident, the travel blogger was terrified of going anywhere alone, she said: “I wouldn’t even go out the front door by myself.”

Continuing their travels, the couple then travelled to the tourist zone of Punta Cana, where Mrs Smith felt equally unsafe, partly due to the sheer number of armed guards. 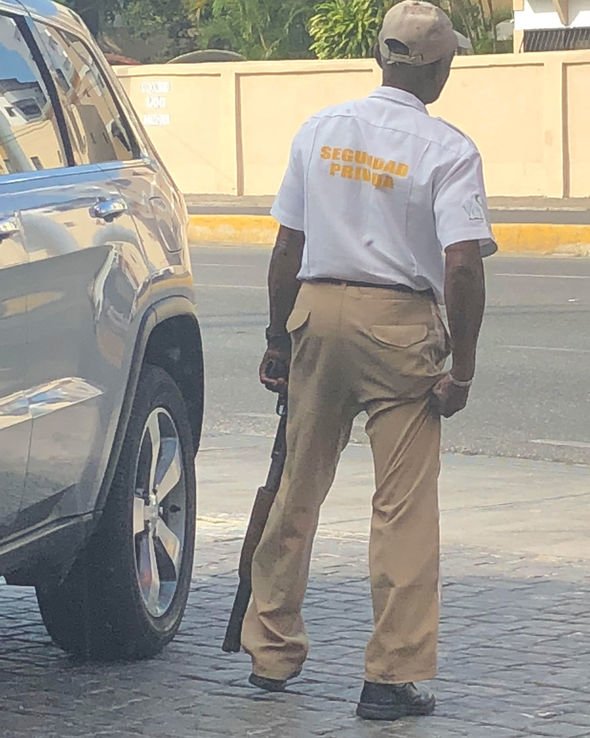 They grabbed onto my bicycle so I had no control of the bike and grabbed all over my chest, behind and private areas and laughed hysterically as they were doing it.

She said: “You see armed security guards everywhere, all-inclusive hotels were like a military base.”

The couple took frequent cycle rides, and one afternoon Mrs Smith was sexually assaulted while they were travelling down a main road, just outside the airport.

She said: “My husband was maybe 20 metres in front of me, not very far when two Dominican men on scooters ride up next to me and begin to stare at me like I’m a delicious treat.

“They grabbed onto my bicycle so I had no control of the bike and grabbed all over my chest, behind and private areas and laughed hysterically as they were doing it. 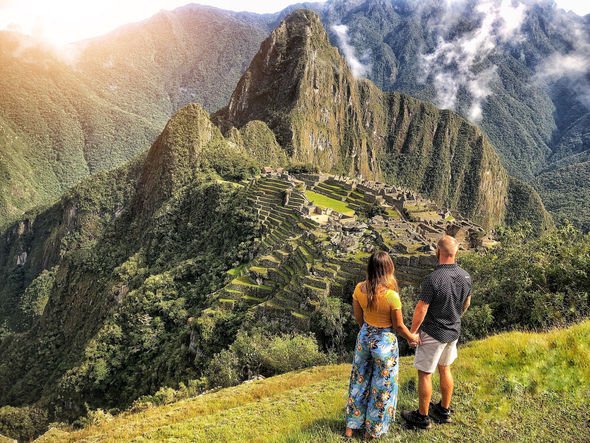 “My husband couldn’t hear my screams because of the noise from the road.”

Mrs Smith said she felt completely humiliated and dehumanised by the attack, and said: “You start to feel like you’re a piece of property.”

But Mrs Smith wasn’t the only target, with police attempting to rob her husband not long after the cycling incident.

He said: “I was alone on the beach when two police officers interrogated and searched me. 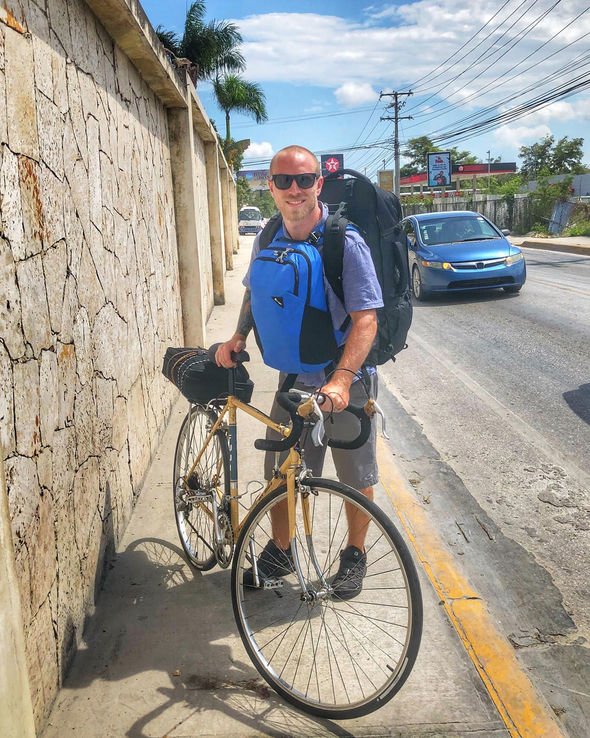 “They asked for the money in my wallet and when I refused they threatened to take me to jail.

“After I refused they ended up leaving, but I felt for sure I was going to jail.”

The couple have travelled all over the world, including the South America, Bali and Thailand, but said the Dominican Republic was “by far the most dangerous place”.

They said “nowhere compared to the Dominican Republican” and want to warn tourists that the country is “not a safe place”.

Mrs Smith said: “The Dominican Republic is not somewhere you want to go.

“People are flocking there on holidays and they are not safe.”