Holidaymakers have hit out at hotel staff and Thomas Cook reps after a lifeguard at a Mexican hotel was shot in front of families.

British tourists staying at Grand Bahia Principe Hotel in Tulum were left stunned after the member of staff was approached and gunned down by an angry local street vendor.

Those staying at the hotel are angry that the shocking incident was shrugged off by hotel reps, who apparently continued to try selling tours and excursions to traumatised families. 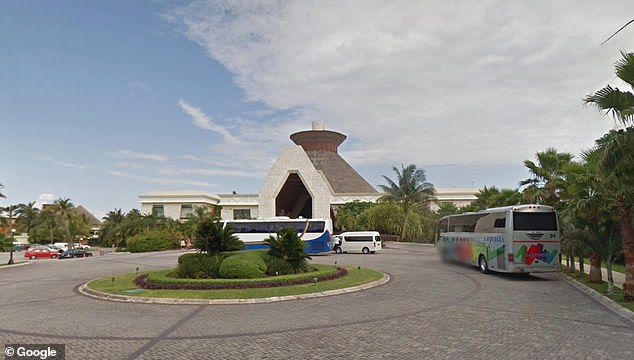 Holidaymakers staying at Grand Bahia Principe Hotel in Tulum, Mexico are angry over how the shooting of a lifeguard was handled by hotel staff and holiday reps

Children in a family of five who were staying at the resort were left suffering panic attacks and vomiting after witnessing the carnage, one tourist said.

Some guests were terrified by memories of what happened in Tunisia in 2015, when a terrorist gunman opened fire on tourists, killing 38.

Complaining about the response to the shooting, Becky Dullaway, 50, told The Sun: ‘The way we were treated by the hotel was inhumane. The reps were still trying to sell tours and excursions to people, it was disgusting.’

Another guest, who asked not to give his name, told the Daily Mirror: ‘It was covered up, even the day after.

‘Staff and a Thomas Cook rep were denying there had been a shooting. It was only confirmed when we got the letter.’

Thomas Cook says guests staying in 20 of the hotels 1,000-odd rooms have been moved to different hotels. Security at the Grand Bahia Principe has since been increased. 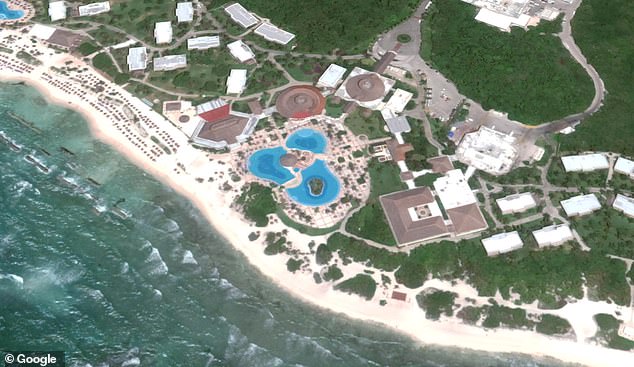 The travel agent does not own the hotel but offers package tours there.

Thomas Cook tweeted: ‘We are aware of the incident near the Grand Bahia Principe Tulum Hotel in Mexico on Sunday 2 June.

‘While this was an isolated incident targeting an individual, the safety and security of our customers is paramount.

‘Our resort team assisted the small number of customers who wanted to move to another hotel and the majority are continuing to enjoy their holiday as planned.’