HONG KONG (Reuters) – Hong Kong’s leader Carrie Lam apologized to its people on Sunday as an estimated 1 million-plus black-clad protesters insisted that she resign over her handling of a bill that would allow citizens to be sent to mainland China for trial.

Organizers said almost 2 million turned out on Sunday to demand that chief executive Lam step down in what is becoming the most significant challenge to China’s relationship with the territory since it was handed back by Britain 22 years ago.

Sunday’s demonstration came in spite of Lam indefinitely delaying – though not withdrawing – the bill on Saturday in a dramatic climbdown that threw into question her ability to continue to lead the city.

On Sunday, she apologized for the way the government had handled the draft law, which had been scheduled for debate last Wednesday, but gave no further insight into its fate.

Organizers pressed ahead with the protest to demand the bill’s full withdrawal, as well as to mark their anger at the way police handled a demonstration against it on Wednesday, when more than 70 people were injured by rubber bullets and tear gas.

Some of Sunday’s marchers held signs saying, “Do not shoot, we are HongKonger.”

Police said the demonstration reached 338,000 at its peak. Organizers and police have routinely produced vastly different estimates at recent demonstrations.

Organizers estimated a protest the week before drew 1 million while police said 240,000.

“It’s much bigger today. Many more people,” said one protester who gave her name as Ms Wong. “I came today because of what happened on Wednesday, with the police violence.”

Loud cheers rang out when activists called through loud hailers for Lam’s resignation and the cry “step down” echoed through the streets.

“(An) apology is not enough,” said demonstrator Victor Li, 19.

The protests have plunged Hong Kong into political crisis, heaping pressure on Lam’s administration and her official backers in Beijing.

U.S. Secretary of State Mike Pompeo said President Trump would raise the issue of Hong Kong human rights at a potential meeting with president Xi Jinping at the G20 summit in Japan this month.

In a blog post published on Sunday, Hong Kong Financial Secretary Paul Chan sought to play down the impact of the protests.

“Even if the external environment continues to be unclear and the social atmosphere is tense recently, overall Hong Kong’s economic and financial markets are still operating in a stable and orderly manner,” he wrote.

Activist investor David Webb, in a newsletter on Sunday, said if Lam was a stock he would recommend shorting her with a target price of zero.

“Call it the Carrie trade. She has irrevocably lost the public’s trust,” Webb said. “Her minders in Beijing, while expressing public support for now, have clearly lined her up for the chop.”

In another indication of a possible shift of mood in the Chinese capital, a leader of the pro-democracy “Occupy” demonstrations that galvanized Hong Kong in 2014 appeared set to be released from jail.

Joshua Wong’s pro-democracy Demosisto movement said he would be freed on Monday.

Chinese censors have been working hard to erase or block news of the latest series of protests -the largest since crowds demonstrated against the bloody suppression of pro-democracy activists in and around Beijing’s Tiananmen Square in June 1989 – amid concerns that any large public rallies could inspire demonstrations on the mainland. 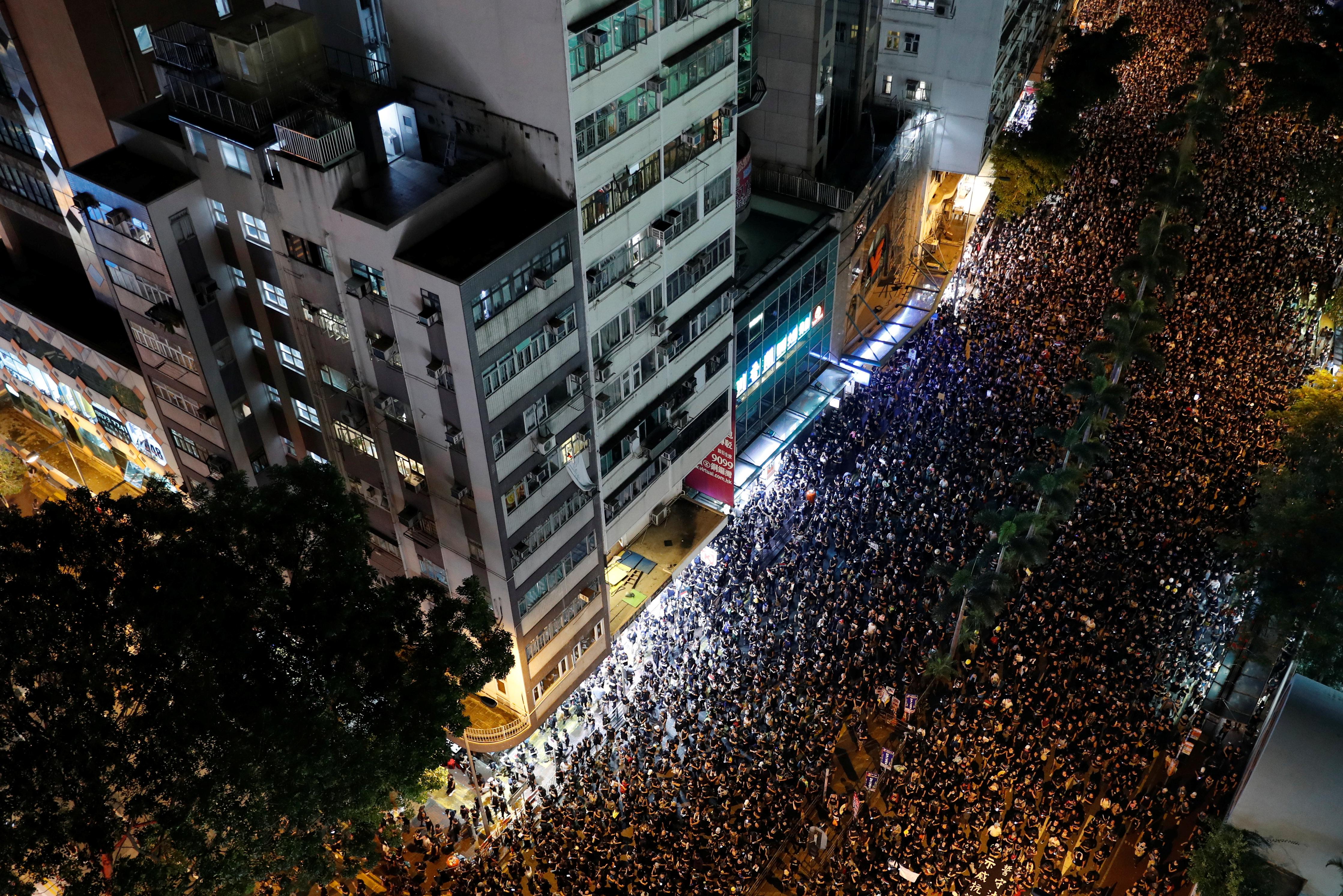 Pompeo said in an interview with “Fox News Sunday” he was sure the protests would be among the issues that Trump and Xi will discuss.

“We’re watching the people of Hong Kong speak about the things they value, and we’ll see what Lam’s decision is in the coming days and weeks,” Pompeo said.

Last week U.S. lawmakers introduced legislation that would require the U.S. government to certify Hong Kong’s autonomy from China each year in order to continue the special treatment the city gets under the U.S. Hong Kong Policy Act of 1992.

The city’s independent legal system was guaranteed under laws governing Hong Kong’s return from British to Chinese rule and is seen by business and diplomatic communities as its strongest asset.

Hong Kong has been governed under a “one country, two systems” formula since then, allowing freedoms not enjoyed in mainland China but not a fully democratic vote.

Many accuse Beijing of extensive meddling, including obstruction of democratic reforms, interference with elections and of being behind the disappearance of five Hong Kong-based booksellers, starting in 2015, who specialized in works critical of Chinese leaders.

Asked repeatedly on Saturday if she would step down, Lam avoided answering directly and appealed to the public to “give us another chance.”

Her reversal was hailed by business groups including the American Chamber of Commerce, which had spoken out strongly against the bill, and overseas governments.

The UK Foreign Secretary Jeremy Hunt said on Twitter: “Well done HK Government for heeding concerns of the brave citizens who have stood up for their human rights”.

In the self-ruled island of Taiwan, which China claims as its own, about 5,000 people rallied outside the parliament building in Taipei with banners saying, “No China extradition law” and “Taiwan supports Hong Kong.”

Some of the protesters in Hong Kong also waved Taiwan flags. 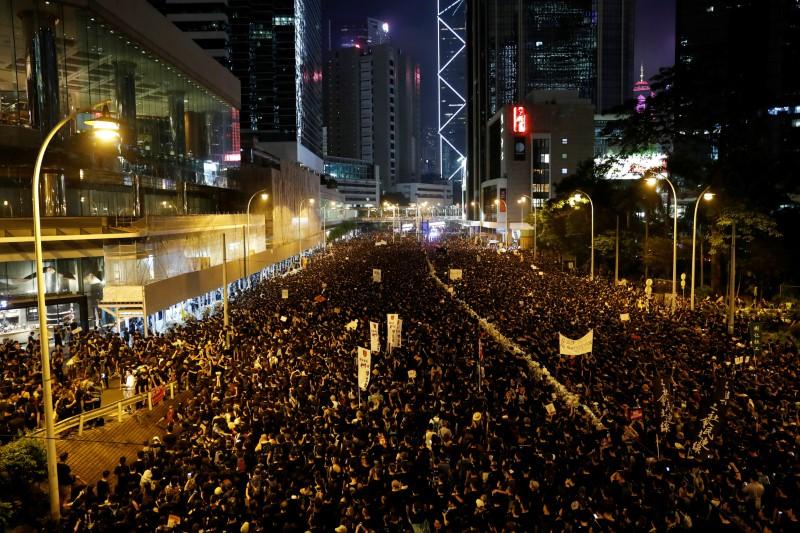 Lam had argued that the extradition law was necessary to prevent criminals hiding in Hong Kong and that human rights would be protected by the city’s courts which would decide on any extradition on a case-by-case basis.

Critics, including leading lawyers and rights groups, have noted China’s justice system is controlled by the Communist Party, and say it is marked by torture and forced confessions, arbitrary detention and poor access to lawyers.