Defiant Hong Kong residents, business workers and pro-democracy groups jammed the financial hub’s streets today to send a vocal message to China to leave their legal system alone. Huge crowds rallied against a new law proposing suspects are sent to the mainland to face trial in the future. Hong Kong’s officials say the legislation will consider transfers on a case-by-case scenario and will close a long-standing “loophole”. Extradition in international law is the removal of one fugitive from one state to another under a pre-arranged agreement, and many countries have deals regarding this in place. But critics say Hong Kong could bow to pressure from Beijing with regards to fugitives detained over political issues.

There is also widespread fear about how China’s political opponents will be treated in the face of its much-maligned judicial process.

General concern is growing that Hong Kong is facing a gradual erosion of its freedoms.

Since 1997, the island has been classed as a special administrative region of China after Britain relinquished control of its colony after following the expiration of a 99-year lease. 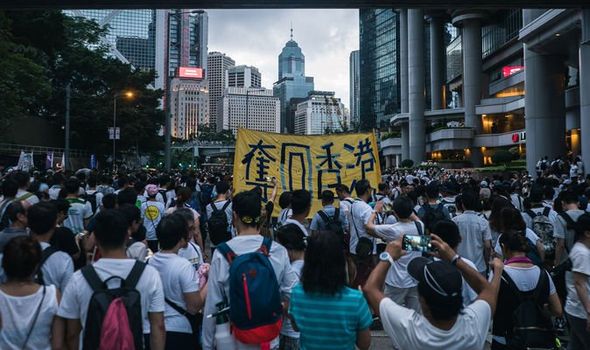 China was handed back the city on the terms that it would be a semi-autonomous region, governed under the principle of “one country, two systems”.

Hong Kong’s citizens were guaranteed the continuation of its democratic freedoms and economy for 50 years from the handover.

The joint signed declaration does not state what will happen in 2047 after that agreement officially ends.

In 2014, protestors paralysed the city for several weeks against Beijing’s decision to limit aspects of free democratic elections. 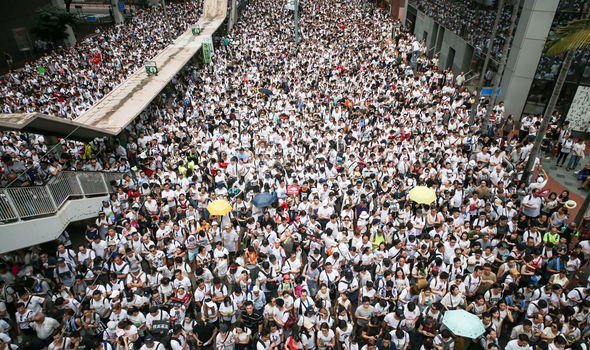 Now demonstrations are happening again and similar rallies of support were today held in other countries such as Australia.

Rocky Chang, a 59-year-old professor marching in Hong Kong, told Reuters: “This is the end game for Hong Kong, it is a matter of life or death.

Legislative debates about the Fugitive Offenders Ordinance will start on Wednesday. 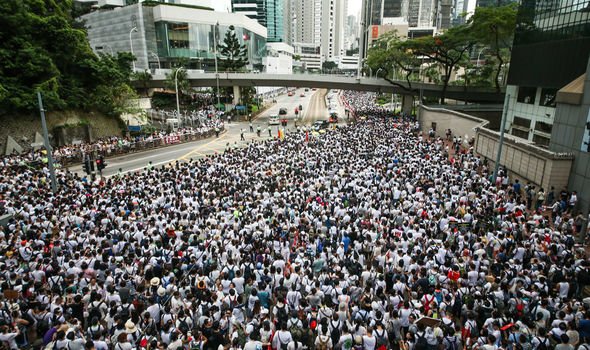 The bill could become law by the end of June.

Hong Kong officials say suspects who are facing charges with a maximum of at least seven years will be the only ones affected.

They also say safeguards will be adequate, although protestors disagree.

A government official said on Sunday: “We continue to listen to a wide cross-section of views and opinions and remain to open to suggestions on ways to improve the new regime.”