How could the Northern Ireland Brexit deal change?

The government has published its Internal Market Bill, which contains measures that seek to overrule parts of the withdrawal agreement signed with the EU last year.

Known as the Brexit “divorce deal”, the withdrawal agreement, which includes a section – or protocol – on Northern Ireland, is now an international treaty.

And Article 4 of the agreement says the provisions of the treaty take legal precedence over anything in the UK’s domestic law.

So if any of the proposals in the Internal Market Bill that contradict the withdrawal agreement actually become law, it would breach the government’s international obligations.

And that is what the Northern Ireland Secretary, Brandon Lewis, referred to when he spoke about breaking international law in a “very specific and limited way”.

What was agreed on Northern Ireland?

All sides agreed they did not want the return of border checks – or other physical infrastructure – which could become a target.

One of the solutions in the treaty was to keep Northern Ireland in the EU single market for goods, unlike the rest of the United Kingdom. 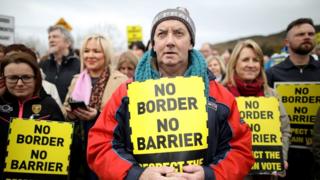 It promised to maintain unfettered access for Northern Ireland goods to the rest of the UK but also introduced new bureaucracy for trade across the Irish Sea.

So what’s the problem?

The way these measures are implemented on the ground is still being negotiated by UK and EU officials – who meet in a joint committee.

But if they cannot reach agreement by the end of the transition period, on 31 December 2020, and there is no free-trade deal, that is when parts of this new proposed legislation could come into play. 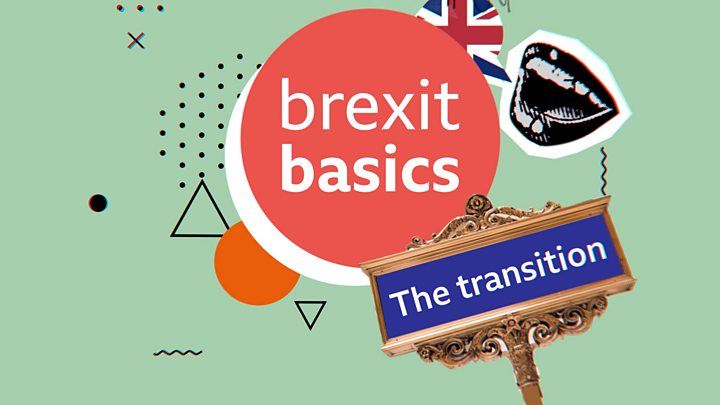 For example, the protocol states companies moving goods from Northern Ireland to Great Britain (England, Scotland and Wales) would have to fill out export declaration forms.

But the Internal Market Bill would give ministers the right to overrule or ignore this part of EU customs law.

Another part of the protocol says the UK has to follow EU rules on state aid – the financial support governments give to businesses – for goods related to Northern Ireland.

But the Internal Market Bill would give ministers power to interpret what that means and says this should not be done in accordance with the case law of the European Court of Justice.

Again, that puts the UK in breach of the international treaty it signed last year.

And the text of the bill makes this intention explicit.

“Certain provisions,” it says, would take effect “notwithstanding inconsistency or incompatibility” with international or other domestic law.

The government says it is just seeking to clarify the terms of the Northern Ireland protocol, to avoid disruption.

But the EU says it is trying to change parts of a recently agreed international treaty unilaterally.

And there may be more proposed powers to come.

The protocol also says the joint committee is supposed to determine which goods moving from Great Britain to Northern Ireland are “at risk” of being exported to the EU and should therefore have tariffs – taxes on imports – imposed on them.

If there is no agreement between the two sides, then the default position is tariffs would have to be paid on all goods.

But the UK has plans, which could be introduced in a finance bill later this year, to allow UK ministers to make unilateral decisions on which goods are “at risk”.

For the moment, though, the attention is on the Internal Market Bill.

And it is worth remembering it has not yet become law.

But none of them is directly comparable with the proposals in this bill.

“This is unique,” said Lorand Bartels, an international law expert at the University of Cambridge.

“I cannot think of any other legislation that expressly states that it permits violating a treaty.”

What claims do you want BBC Reality Check to investigate? Get in touch

Could, How, Ireland, Northern, the
Celebrities