Home » World News » How Doris Duke, once the richest girl in the world, got away with murder

How Doris Duke, once the richest girl in the world, got away with murder

The 1966 Dodge station wagon roared across the street in Newport, Rhode Island, smashing through a fence before coming to a stop against a tree, its front almost completely caved in.

Locals and the police were on the scene quickly. They discovered a disoriented middle-aged woman “bleeding from the mouth” and yelling for “someone named Ed.”

The woman stumbled to her feet and into a house across the street — a grand 30-room mansion along one of America’s most exclusive avenues — as she continued to search for her friend.

“She walked rapidly through the house,” a witness told police. When the woman came back down the stairs, she made a startling admission. She said “she had run over Ed.”

Returning to the station wagon, the police took another look. They found the victim, Eduardo Tirella, under the vehicle’s back wheels, bloody and mangled. And they soon discovered that the woman who had killed him was no ordinary local but, in fact, Doris Duke, the fabulously wealthy tobacco heiress and socialite once dubbed “the richest girl in the world.” 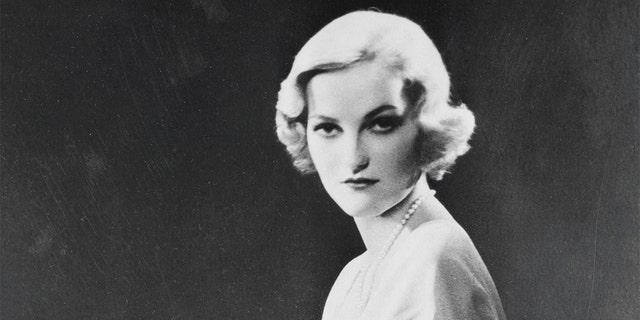 The Oct. 7, 1966, crash has always been dismissed as an “unfortunate accident.” But a new book claims the incident was much darker than that.

“Absolutely she intended to kill him,” says Peter Lance, whose book, “Homicide at Rough Point” (Tenacity Media Books), is out now.

When Doris Duke was 12, her father passed away, bequeathing her more than a billion in today’s dollars.

Lance grew up in Newport, a seaside town that in the 19th century became a summer destination for some of the country’s wealthiest families, including the Vanderbilts and Astors. Lance began his journalism career at the local newspaper, The Newport Daily News, in the 1960s. He says the Duke case always gnawed at him.

“Newport is this strange kind of a place where everyone is connected to everyone else,” he says. “One of the biggest legends in town was always that Doris Duke got away with murder. When I was a cub reporter, the town was buzzing with this rumor.”

Duke was the daughter of James Duke, the founder of the American Tobacco Company. When he died in 1925, his fortune (estimated at more than a billion in today’s dollars) passed to 12-year-old Doris.

His Newport estate, known as Rough Point, also went to her. The Gilded Age mansion would later become the favorite of Doris’ many residences. But, by many accounts, Doris Duke did not run a gracious home.

“She was a living Cruella de Vil,” the author says. “She was notoriously paranoid, stingy, hyper-jealous in her rages, incredibly troubled, driven by booze and barbiturates.”

Duke’s tightfisted ways were legendary. She insisted that her servants pay for any glassware they broke. She refused to tip taxi drivers. One Thanksgiving, when the farm manager at her New Jersey compound suggested buying fresh turkeys for the staff, Duke insisted on frozen birds instead because they were 30 cents cheaper.

One person who could tolerate working for her was Tirella. A handsome gay man in his 40s, Tirella was a designer and had for a decade served as Duke’s artistic advisor, refurbishing her houses and appraising antiques.

Soon after Duke’s station wagon killed Tirella and hit a tree, local authorities helped the heiress cover up her crime, according to author Lance.

But by 1966, he’d had enough. He had been getting more work in Hollywood films and was determined to move to the West Coast.

Tirella arrived at Rough Point the night before the crash, telling friends he wanted to break the news of his departure to Duke in person.

Late the next afternoon, the staff overheard Duke and Tirella having a heated argument, Lance says. 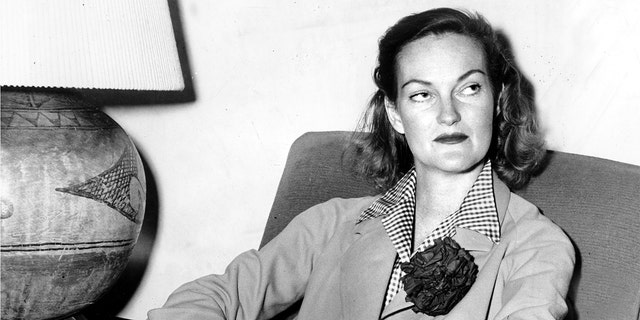 A few minutes later at around 5 p.m., the pair headed out to a meeting. They hopped into the Dodge station wagon, with Tirella behind the wheel and Duke in the passenger seat.

The car ambled down the driveway, approaching the immense iron gate leading to the road outside the estate. Tirella stopped about 12 feet short, put the car into park, climbed out and walked over to open the locked gate.

It was the last thing he would ever do.

Duke slid into the driver’s seat, released the parking brake, put the car into drive and hit the gas, sending the car hurtling into Tirella, through the gate, across the street and ultimately crashing into a tree.

Police determined Tirella’s death an accident, even though some evidence pointed to homicide.

Passersby called the authorities, and a nearby patrolman, Edward Angel, arrived on the scene almost immediately. Other cops soon appeared, including another patrolman, Norman Mather.

Mather tried to ask Duke some questions, but she wouldn’t answer. The town’s police chief, Joseph Radice, soon pulled up. He told Mather, “I’ll take over. You go back to the station and type it out.”

Then, Mather told Lance, Radice walked arm-in-arm with Duke back into her house.

Duke was later taken to the hospital, where she spent the night, sheltered from police by her doctor.

Back at the station, Mather typed up his report, but a sergeant appeared, yanking it out of the typewriter and crumpling it. “This matter is being taken care of by Chief Radice. You don’t have to do any more,” the sergeant told him.

The next day, Mather went into Radice’s office to ask what was going on. “I’m the chief. What I say goes. Now get out of my office,” Radice barked at him.

Duke was not officially questioned until two days after the accident. She answered four brief queries while lying in bed at Rough Point, surrounded by her pet dogs and lawyers.

She claimed Tirella’s death had been an accident. She said she had shifted into the driver’s seat in order to drive the car through the gate after Tirella opened it but she inadvertently hit the gas instead of the brake: “Suddenly the car leaped forward, and I was on top of him.”

Duke said Tirella was crushed against the gate then dragged across the road and under the car. 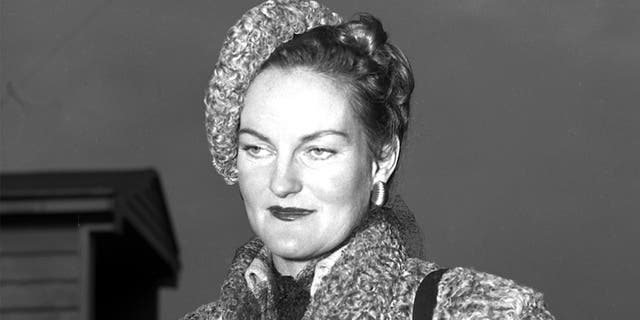 On Duke’s word alone, Radice declared the case closed. However, public pressure quickly forced him to walk back that decision.

In search of something more to close the case, the police supposedly conducted another interview with Duke the following day. But instead of interrogating the suspect, Lance found evidence that the police agreed to create an interview transcript that Duke would then simply sign.

“It doesn’t get any more baroque and corrupt than that,” Lance says.

Five days after Tirella was killed, the case was closed for good.

Lance says that instead of an accident, the evidence points to an intentional criminal act. He speculates that Duke, a vindictive woman who had once stabbed a boyfriend in a fit of anger, was not going to allow Tirella to leave her.

While Duke claimed the car crushed Tirella against the gate, the autopsy report shows no damage to his lower body, Lance says.

What’s more, Officer Angel, the first cop to arrive, told Lance that he saw no blood on the gate and no blood leading from the gate to the street. He did, however, find Tirella’s blood and skin in the middle of the street.

Angel says that the day after the tragedy, his training officer took him back to the scene of the crash to demonstrate that the evidence suggested a different scenario than what would become the official one.

The skin and blood found in the street suggested that Tirella had hopped onto the hood of the car as Duke gunned toward him. She stopped abruptly, flinging Tirella off the hood and into the road, probably breaking his hip and leaving the skin and blood residue on the ground.

“Now she’s sitting there contemplating,” Lance says. “She just decides to go for it, and that’s when she runs him over and drags him across the street.”

After Duke’s case was closed, she suddenly found a philanthropic side that many in town found out of character, Lance says.

She gave $25,000 to restore the Cliff Walk, a scenic seaside trail winding past the town’s mansions (despite the fact that she’d been embroiled in legal battles with the town trying to fence it off on her property). She gave $10,000 to Newport Hospital, where a doctor had kept her sequestered from police. She helped restore numerous local historic houses.

“I think Radice probably thought, ‘I could benefit from this [case]. This is my chance to cash in,’ ” Lance says.

In the book, Radice’s granddaughter says she once asked her late grandfather if he’d been paid off by Duke, and he denied it.

As for Duke, she resisted paying anything to Tirella’s family, despite earning $1 million a week in interest from her fortune alone.

Tirella’s family sued her in civil court in 1971 and Duke was found “negligent.” Each of Tirella’s eight siblings received just $5,620 after legal fees.

Duke died in 1993 at the age of 80. Today, Rough Point, like many of the grand old Newport mansions, is open to the public.

Lance is especially incensed that The Newport Restoration Foundation, which controls the house, has said it’s “confident” in the police’s conclusion that Tirella’s death was an accident.

An informational card at the house detailing the events of Oct. 7, 1966, states that “many rumors and half-truths surround this tragedy.”

“It’s time for them not to live in fantasy land,” Lance says. “Let’s have a debate about my findings. They could look at this, but they don’t want to.