Home » World News » How we might make Melbourne better post-COVID

Only a few months ago we were bemoaning the downsides of Melbourne’s rapid growth, and the widening gap between those with easy access to work and services, and those without. While most of us live in the outer suburbs, most of our jobs have been in the centre. 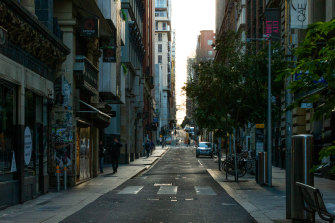 The quick commute, ample options for social infrastructure such as schools, plentiful choices for transport, services, recreation, culture and entertainment have been, on the whole, a privilege of inner-Melbourne life.

But things have changed and they’re unlikely to ever be quite the same. Where are we heading, as we emerge from protracted lockdown?

There’s been a lot to like about working from home, admittedly not for all. The extra time for life-beyond has generally been marvellous, with corollary benefits in lower congestion and emissions.

We now know that working remotely and flexibly can be highly productive, which dramatically increases options for people with children, where the childcare juggle can be a deal-breaker. But does this model mean the central city dies?

Just up the road, life without lockdown in Sydney looks kind of normal, with the notable exception of a lifeless CBD. This doesn’t seem to auger well for the heart of Melbourne.

I lived in Sydney for almost four years, long enough to develop a love of its gritty toughness and exceptional landscape. It’s an incredible place and profoundly different from Melbourne.

The defining distinctions are inherent, structural and cultural. Looking at the spatial qualities of our city and how they’ve helped shape who we are, an alternative for our recovery is possible, and I think it could be good.

Inner Sydney is defined by its harbour. Sandstone ridges with intervening valleys and roads like tentacles dead-end or loop back on themselves once they hit the water. Urban development clamours for the view.

The CBD grew up along the Tank Stream and Parramatta Track – a line well-established by the Gadigal people over millennia, and brutally reinforced with settlement and the city’s constrained and linear urban structure.

Sydney’s CBD is still suffering despite the lack of lockdown, partly because it’s essentially a transactional place. If you’re not going in to do business, why would you go there at all? Almost no one can afford to live in Sydney’s CBD, and while the city and state governments are working hard to enrich the mix, they’re not there yet.

Contrast that with Melbourne, established on a broad, flat, basalt plane. Colder and not spectacular, we’ve learnt how to make our own fun inland. Melbourne’s famed liveability is founded in the way it functions and feels.

The CBD is characterised by a planned network of pathways – the highly permeable, democratic Hoddle Grid facilitates easy trade and access in all directions. Its relative sameness has meant more forgiving land prices and allowed the establishment of a large residential CBD population.

The cultural precincts and the fabulous green spaces of Kings Domain and the Botanic Gardens are stitched to the CBD where Princes Bridge crosses the Birrarung, and the pivot at Flinders Street Station and Federation Square.

It’s cultural, and it’s not just the CBD. Beyond the centre, the radial transport system and network of traversable, interconnected pathways extends.

While the inner high streets are well established, outer-suburban shopping strips vary in amenity, intensity and success, but all of them, established or not, have been devastated by COVID-19.

We’ll be living with the virus for some time yet, and hopefully it’ll be less destructive and alleviated soon by a vaccine. But right now, there's an opportunity to envision and plan for a better future coming out of it. Let’s build on our spatial and cultural landscape.

We can reinvigorate neighbourhood villages and enable new ones through people working from home or from local hubs with shared workspace and facilities. Investing in much-needed social infrastructure will also support more diverse local choice and activity, with richer economies and community connections.

It’s easy to think in binary and say the city’s heart will die under the "new normal". But our shared need for trade and connection has not gone away. Melbourne is more than transactional. We
live in the CBD, both literally and metaphorically.

We go there to eat, shop, work, to see sport, art, life on show. We go to just have a look, because it's interesting and exciting. We go because we love it. Whereas Sydneysiders are rightly passionate about their harbour and icons, we're passionate about, and deeply loyal, to our city. Melbourne is complex and nuanced, and that is its beauty.

What we’ve learnt through this crisis might allow us to enrich the things we love, and take some pressure off the things we don't, about a centralised city of 5 million people. If we’re strategic and visionary, we might be able to make a better, and more equitable place for everyone.

Shelley Penn is an architect, urbanist and non-executive director.