ALMATY (Reuters) – Police in Kazakhstan’s biggest city were put on high alert overnight as protests against what many see as a rigged presidential election continued, resulting in hundreds of people being detained, police sources said on Tuesday. 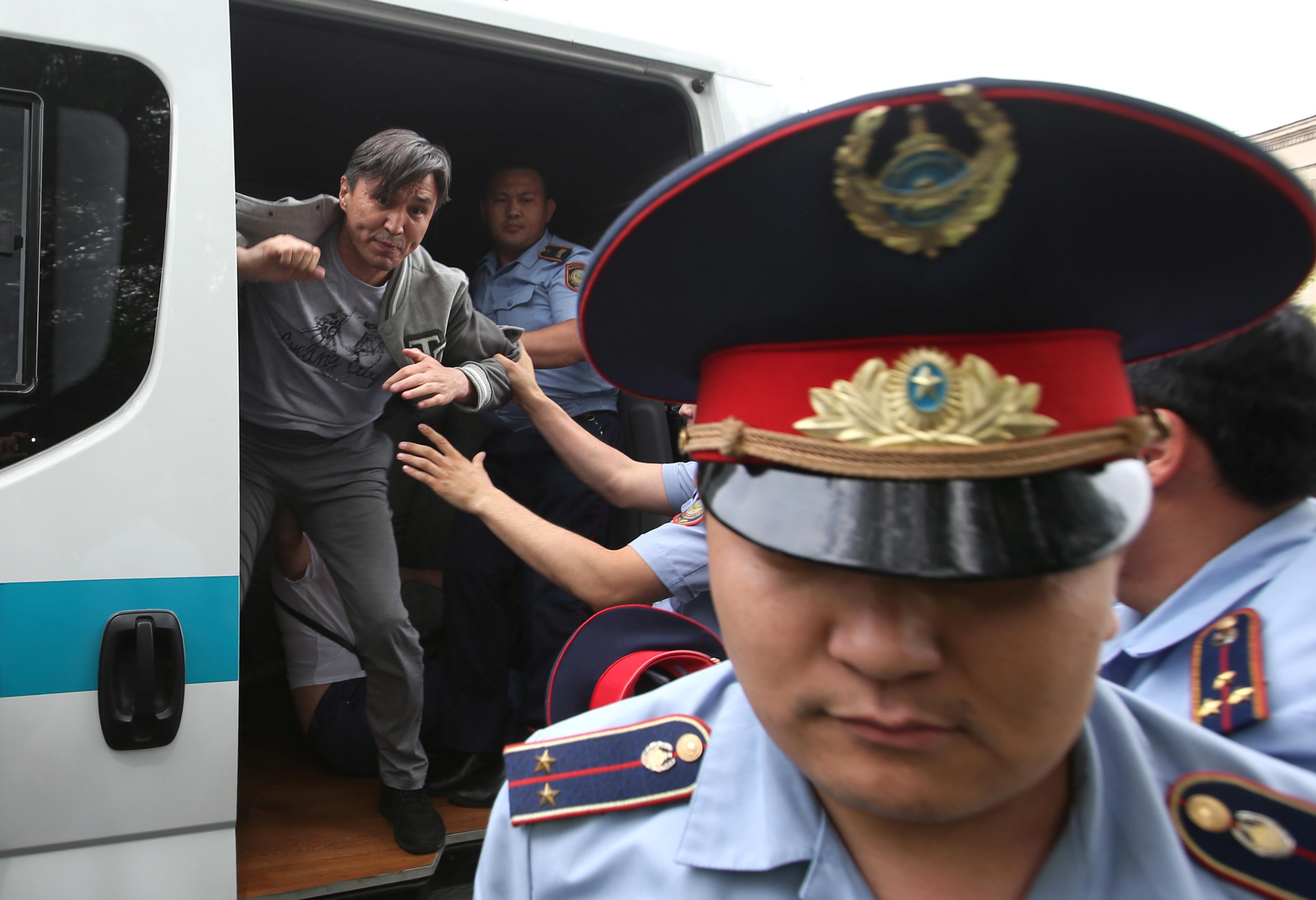 The vote in which Kassym-Jomart Tokayev, an ally of powerful ex-president Nursultan Nazarbayev, was confirmed as president, has prompted a series of public protests which are otherwise rare in the tightly controlled oil-rich nation.

The rallies were relatively small with only hundreds of participants, but they have become the biggest display of public discontent since 2016 when protests forced the authorities to shelve planned land reform and prompted several ministers to resign.

The Interior Ministry said on Tuesday police detained about 200 people on Monday in addition to 500 held a day earlier over protests which are illegal in the former Soviet republic unless explicitly allowed by the government.

Heavy police presence was visible on the streets of Almaty on Tuesday, with several National Guard personnel carrier trucks parked near the focal spot of the previous two days of rallies.

Authorities have blamed the protests on Democratic Choice of Kazakhstan (DVK), a movement led by fugitive former banker and minister Mukhtar Ablyazov who lives in France and routinely attacks Nazarbayev on social media, often prompting the Kazakh government to block access to Facebook and Instagram.

But the latest rally on Monday night appeared to have little to do with DVK-promoted protests and was triggered instead by the detention earlier that day of Rinat Zaitov, a poet and musician who blasted the election as rigged and said he would start a political movement of his own.

About 200 of Zaitov’s supporters, some of whom broadcast the event online, gathered outside police headquarters and demanded his release until he himself appeared in front of the crowd saying he was free and heading home.

The crowd began an impromptu victory march through the night, some on foot and others driving slowly and sounding the horns of their cars, until police blocked their way and detained a number of people.

Police in black uniforms and balaclavas could be seen slamming people to the ground. News website Tengrinews.kz said police beat up one of its reporters at the site.

“The overnight crackdown has put the country on the brink of direct conflict between police and the people,” political activist Mukhtar Taizhan wrote on his Facebook page on Tuesday.

“One cracked skull, first blood – and you will not be able to stop a justified wave of popular anger.”