Hundreds of young women are turned away from Afghan universities

‘We are doomed’: Hundreds of young women are turned away from Afghan universities on morning after Taliban rulers banned them from higher education

Hundreds of young women were turned away from Afghan universities on the morning after Taliban rulers banned them from higher education.

Armed guards stopped the students from entering campuses on Wednesday, a day after the nation’s Taliban rulers banned them in another assault on human rights.

Despite promising a softer rule when they seized power last year, the hardline Islamists have ratcheted up restrictions on all aspects of women’s lives, ignoring international outrage.

‘We are doomed. We have lost everything,’ said one student, who asked not to be identified. 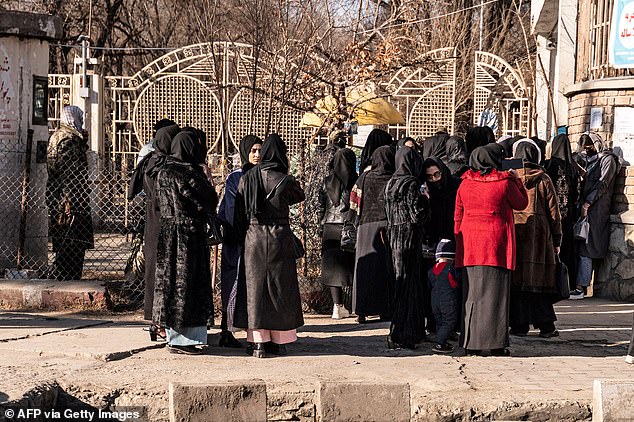 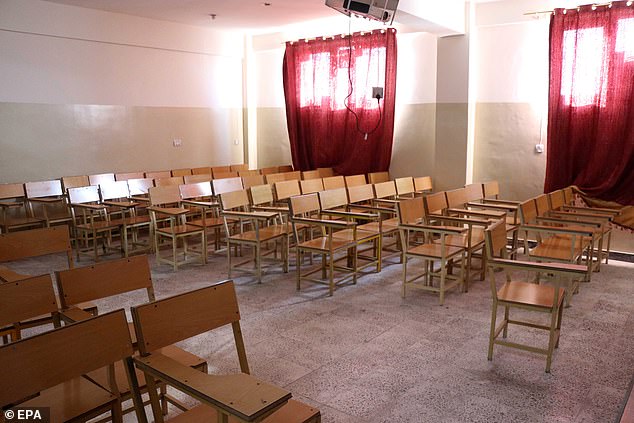 A team of AFP journalists saw groups of students gathered outside universities in the capital, Kabul, barred from entering by armed guards and shuttered gates.

Many, dressed in hijabs, were also seen standing in groups on roads leading to the campuses.

‘It really expresses their illiteracy and low knowledge of Islam and human rights,’ said one, also asking not to be named.

‘If the situation continues like this the future will be worse. Everyone is scared.’

Most private and government universities are closed for a few weeks over winter, although campuses generally remain open to students and staff. 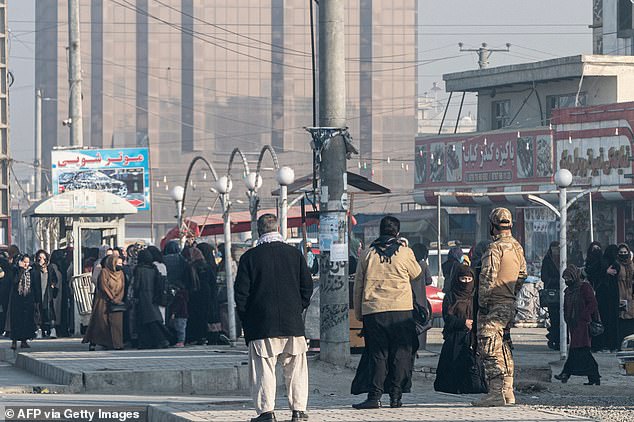 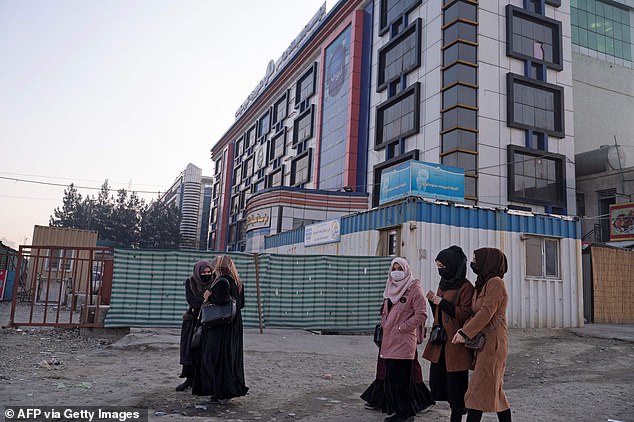 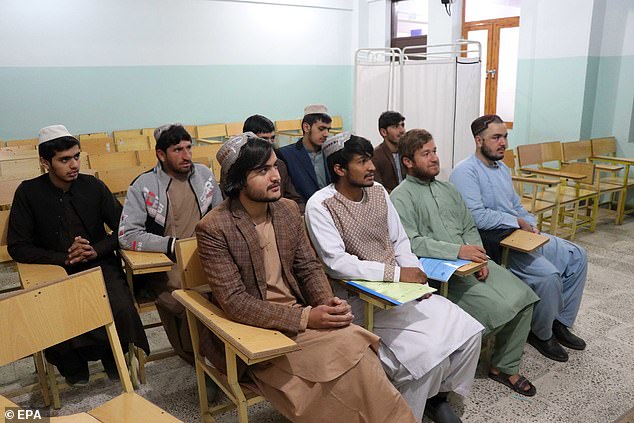 The decision to bar women from universities came late Tuesday in a terse announcement from Neda Mohammad Nadeem, the Minister for Higher Education.

‘You all are informed to immediately implement the mentioned order of suspending education of females until further notice,’ it said.

‘The Taliban cannot expect to be a legitimate member of the international community until they respect the rights of all in Afghanistan. This decision will come with consequences for the Taliban,’ Secretary of State Antony Blinken said in a statement.

‘The secretary-general reiterates that the denial of education not only violates the equal rights of women and girls, but will have a devastating impact on the country’s future,’ Stephane Dujarric said in a statement. 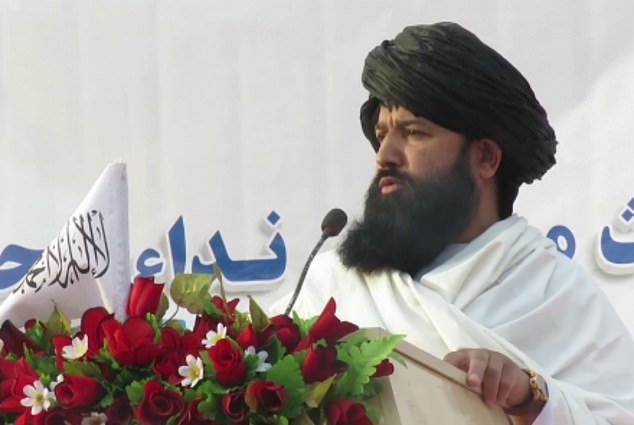 The country’s Minister for Higher Education, Neda Mohammad Nadeem, issued a letter to all government and private universities ordering for the change to be made 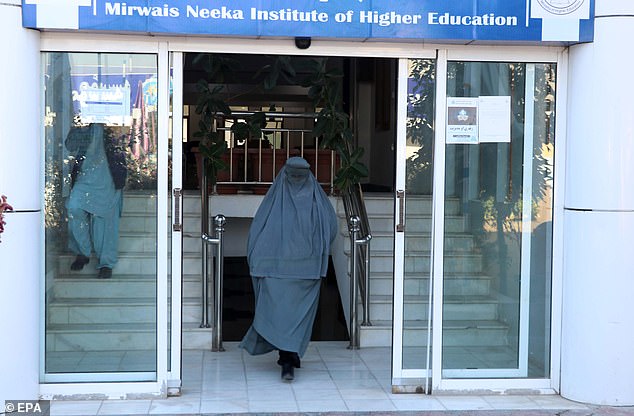 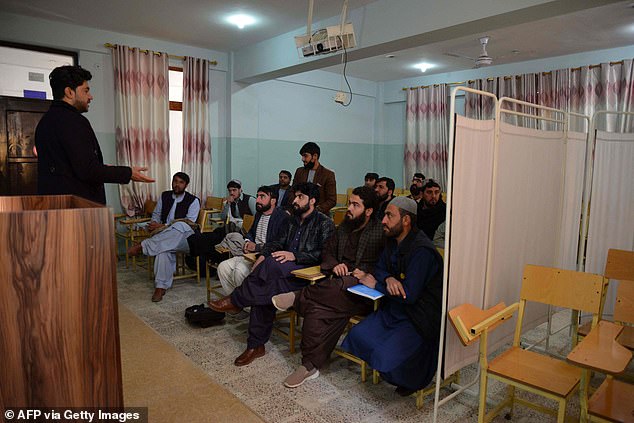 The ban on higher education comes less than three months after thousands of girls and women were allowed to sit for university entrance exams across the country, with many aspiring to choose teaching and medicine as future careers.

Most teenage girls across the country have already been banned from secondary school, severely limiting university intake anyway.

After the Taliban takeover in August last year, universities were forced to implement new rules including gender-segregated classrooms and entrances, while women were only permitted to be taught by professors of the same sex, or old men.

The Taliban adhere to an austere version of Islam, with the movement’s supreme leader Hibatullah Akhundzada and his inner circle of clerics against modern education, especially for girls and women.

But they are at odds with many officials in Kabul — and among their rank and file — who had hoped girls would be allowed to continue learning following the takeover.

‘The latest decision will increase these differences,’ a Taliban commander based in northwest Pakistan told AFP on condition of anonymity. 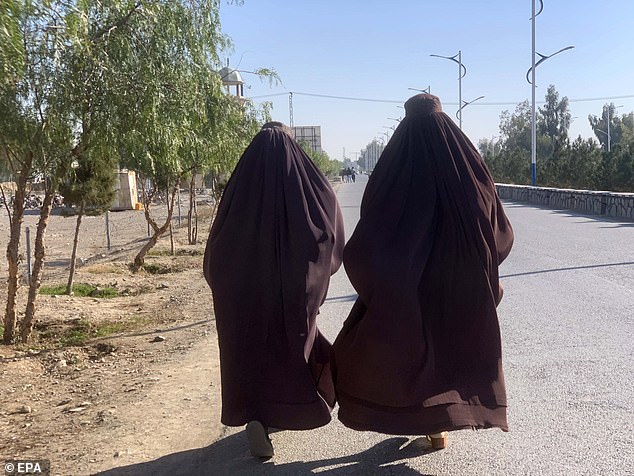 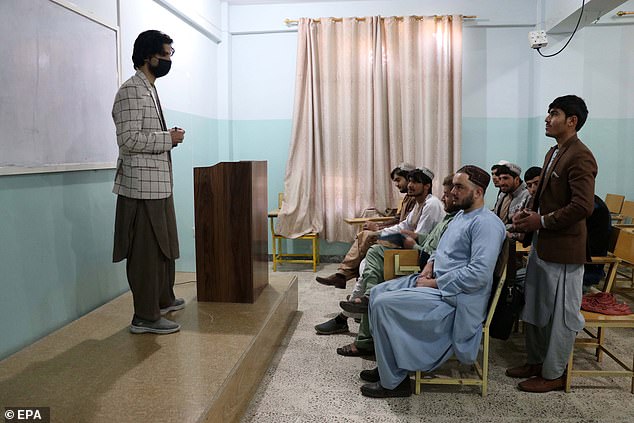 In a cruel U-turn, the Taliban in March blocked girls from returning to secondary schools on the morning they were supposed to reopen.

Several Taliban officials maintained the secondary education ban was only temporary, but have wheeled out a litany of excuses for the closure — from a lack of funds to the time needed to remodel the syllabus along Islamic lines.

Since the ban, many teenage girls have been married off early — often to much older men of their father’s choice.

Several families interviewed by AFP last month said that, coupled with economic pressure, the school ban meant that securing their daughters’ future through marriage was better than them sitting idle at home.

Women have also been pushed out of many government jobs — or are being paid a pittance of their former salary to stay at home. They are also barred from travelling without a male relative and must cover up outside of the home, ideally with a burqa. 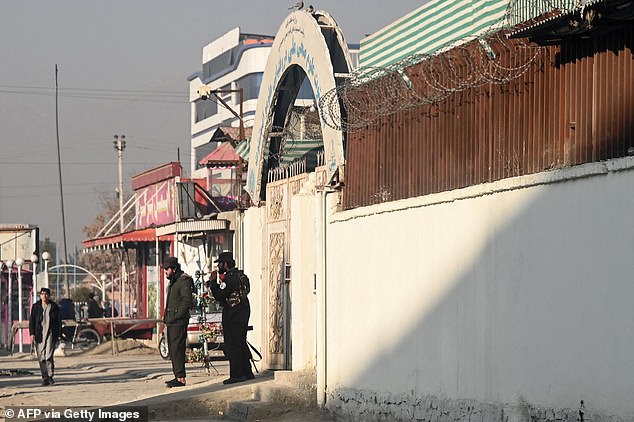 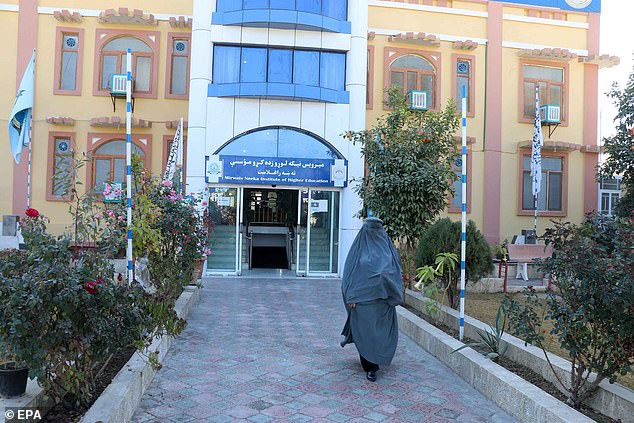 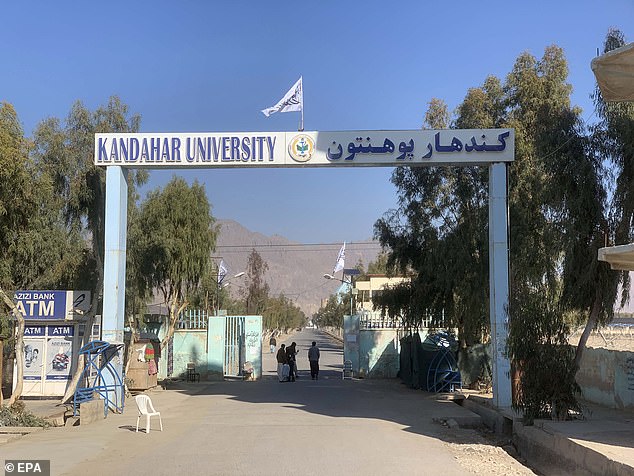 Students arrive at Kandahar university in Kandahar, Afghanistan, on Wednesday after women were banned from entering the campuses

In November, women were prohibited from going to parks, funfairs, gyms and public baths.

The international community has made the right to education for all women a sticking point in negotiations over aid and recognition of the Taliban regime.

Afghanistan’s neighbour, Pakistan, said that engagement with the Taliban was still the best path forward.

‘I’m disappointed by the decision that was taken today,’ Foreign Minister Bilawal Bhutto Zardari said Tuesday on a visit to Washington.

But, he added: ‘I still think the easiest path to our goal — despite having a lot of setbacks when it comes to women’s education and other things — is through Kabul and through the interim government.’

In the 20 years between the Taliban’s two reigns, girls were allowed to go to school and women were able to seek employment in all sectors, though the country remained socially conservative.

The authorities have also returned to public floggings and executions of men and women in recent weeks as they implement an extreme interpretation of Islamic sharia law.