Home » World News » Hunt is launched for Liverpool fan, 23, who vanished in Madrid

Hunt is launched for Liverpool fan, 23, who vanished in Madrid

Hunt is launched for Liverpool fan, 23, who vanished in Madrid after watching his side lift the trophy and didn’t rejoin his family to head back to the UK as planned

A British man is missing in Madrid after the Champions League Final last night between Liverpool and Tottenham Hotspur.

Macauley Negus, 23, from Plymouth, was last seen at 10.30pm yesterday in the Goya area and is still missing.

His older brother, Ashley, and sister-in-law, Carla, have launched appeals on social media in an effort to find him. 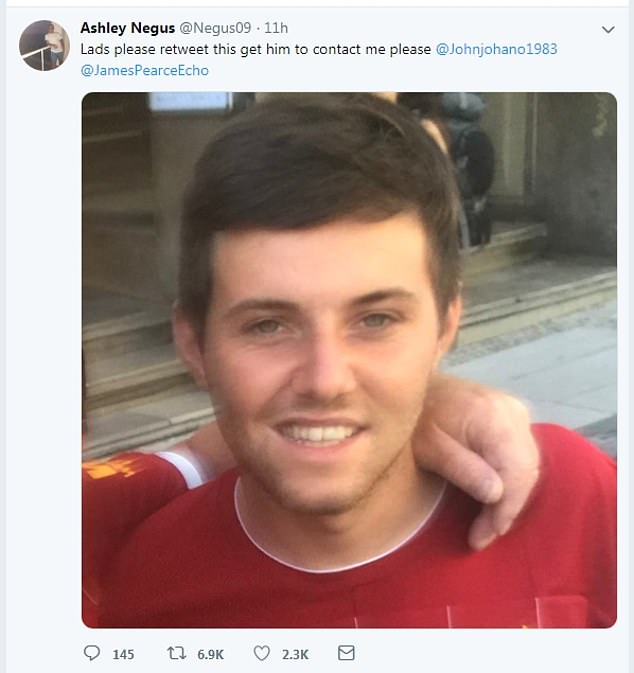 Macauley Negus, 23, from Plymouth, was last seen at 10.30pm yesterday in the Goya area and is still missing

Ashley posted a photo of missing Macauley on Twitter with the caption: ‘Lads please retweet this get him to contact me please’.

Carla posted the same photo to her Instagram with the caption: ‘Missing in Madrid!!! Macauley Negus last seen Saturday 1st June in Madrid! He’s my brother in law! Please If you have any information or know anything please contact me.’

He was last seen wearing a white top with white shorts and trainers.

Macauley had driven to Madrid with his father to revel in the atmosphere during the Champions League Final.

The pair were meant to drive back to Plymouth at 5pm today but Macauley is still nowhere to be seen and his father still has his passport.

The family are urging anyone who has seen him or has any information to get in contact via their social media pages.