HUNTER Biden has lashed out at fellow First Sons Donald Trump Jr. and Eric Trump in his new memoir, blasting the pair for riding on their father's coattails.

The 51-year-old also takes aim at Donald Trump Senior, claiming a MAGA mob descended on his home and "terrorized his pregnant wife after the former president made him a "proxy" for his doomed election run. 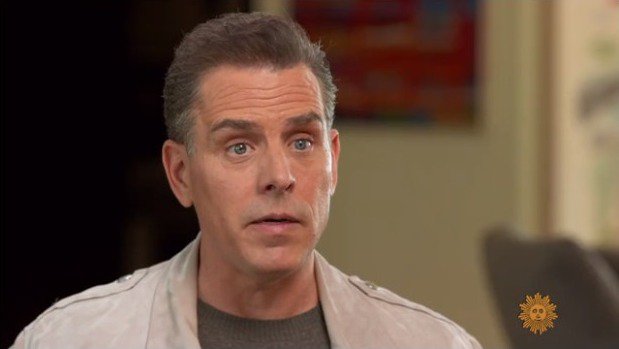 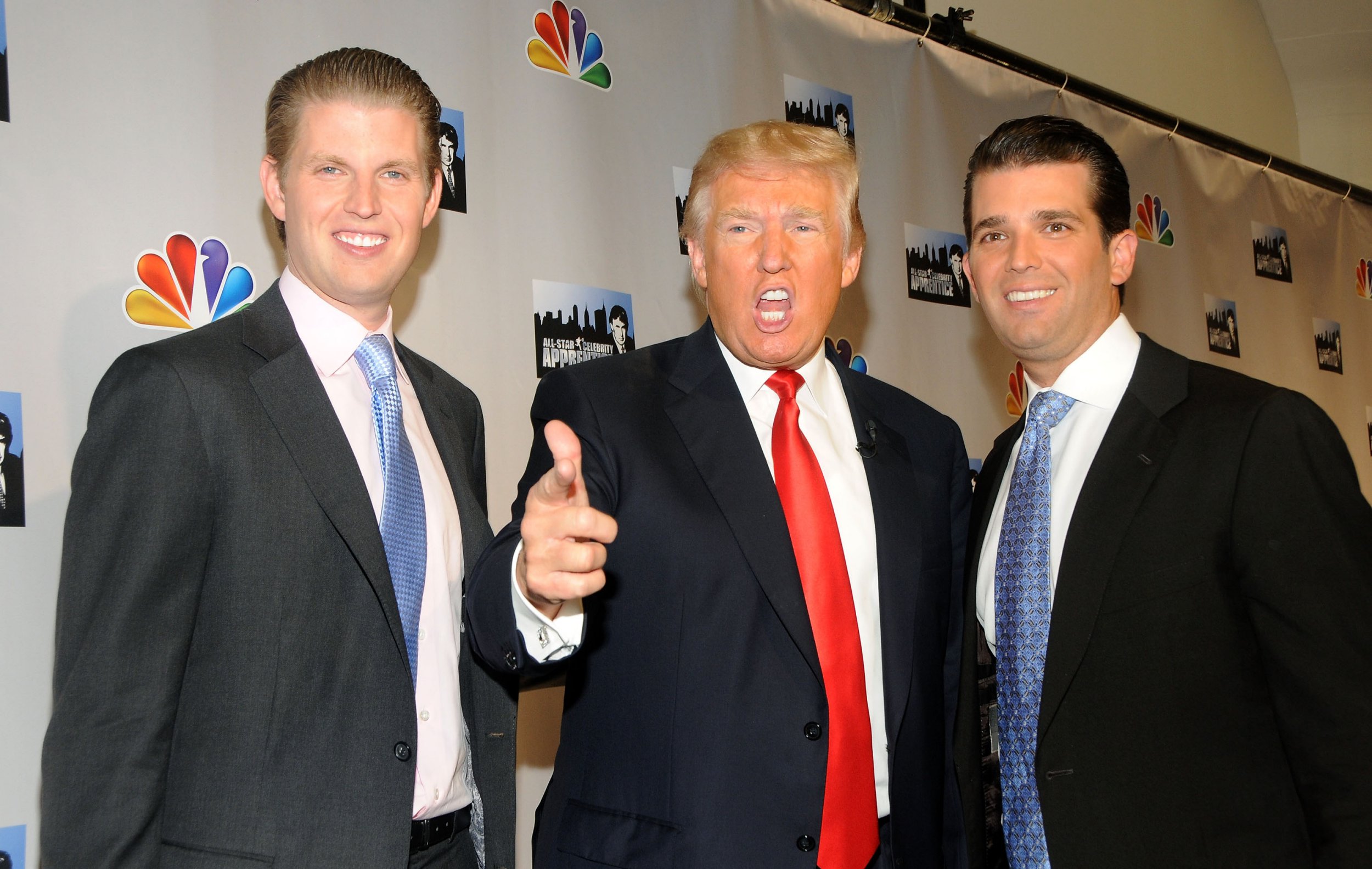 In the prologue of his Beautiful Things memoir, titled "Where's Hunter?", the son of the current president begins by lambasting Donald Trump for "smearing" him "almost daily" across a period of more than two years.

"As I began writing this book from the relative calm of my home office, in November 2019, I sat in the center of a political firestorm, the consequences of which could go on to change history.

"The president of the United States was smearing me almost daily from the South Lawn of the White House. He invoked my name at rallies to incite his base."

Hunter's comments refer to Trump's repeated claims on the campaign trail that Biden's son, who served on the board of Ukrainian energy firm Burisma, used his father's status to leverage lucrative deals.

Trump also repeatedly claimed, without evidence, that Hunter made millions of dollars in a “payoff” from China, after accompanying his father, then-Vice President Joe Biden, on a 2013 diplomatic trip to Beijing.

Demanding the allegations be investigated, Trump would often ask "Where's Hunter?" to his supporters on the campaign trail.

In his book, Hunter said the slogan superseded Trump's use of "Lock her up!" that he regularly levelled against Hillary Clinton in the 2016 presidential race, calling it his new "go-to hype line".

Answering the former president's question, Hunter wrote: "I'm right here. I'm not going anywhere. I’m not a curio or a sideshow to a moment in history, as all the cartoonish attacks try to paint me.

"I'm not Eric Trump or Donald Trump Jr. – I’ve worked for someone other than my father, rose and fell on my own." 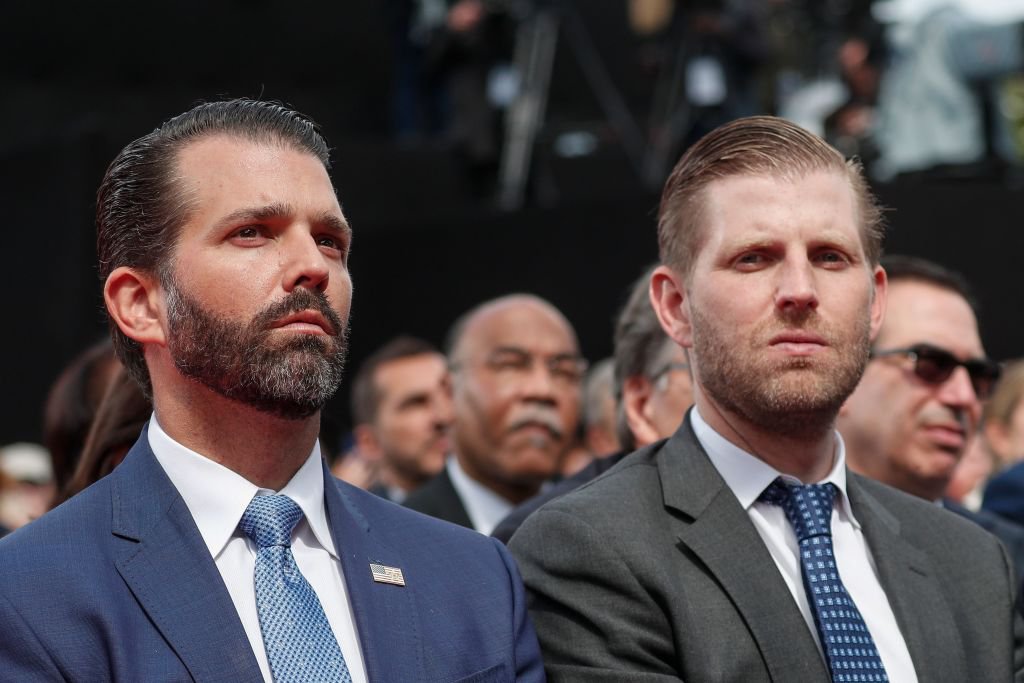 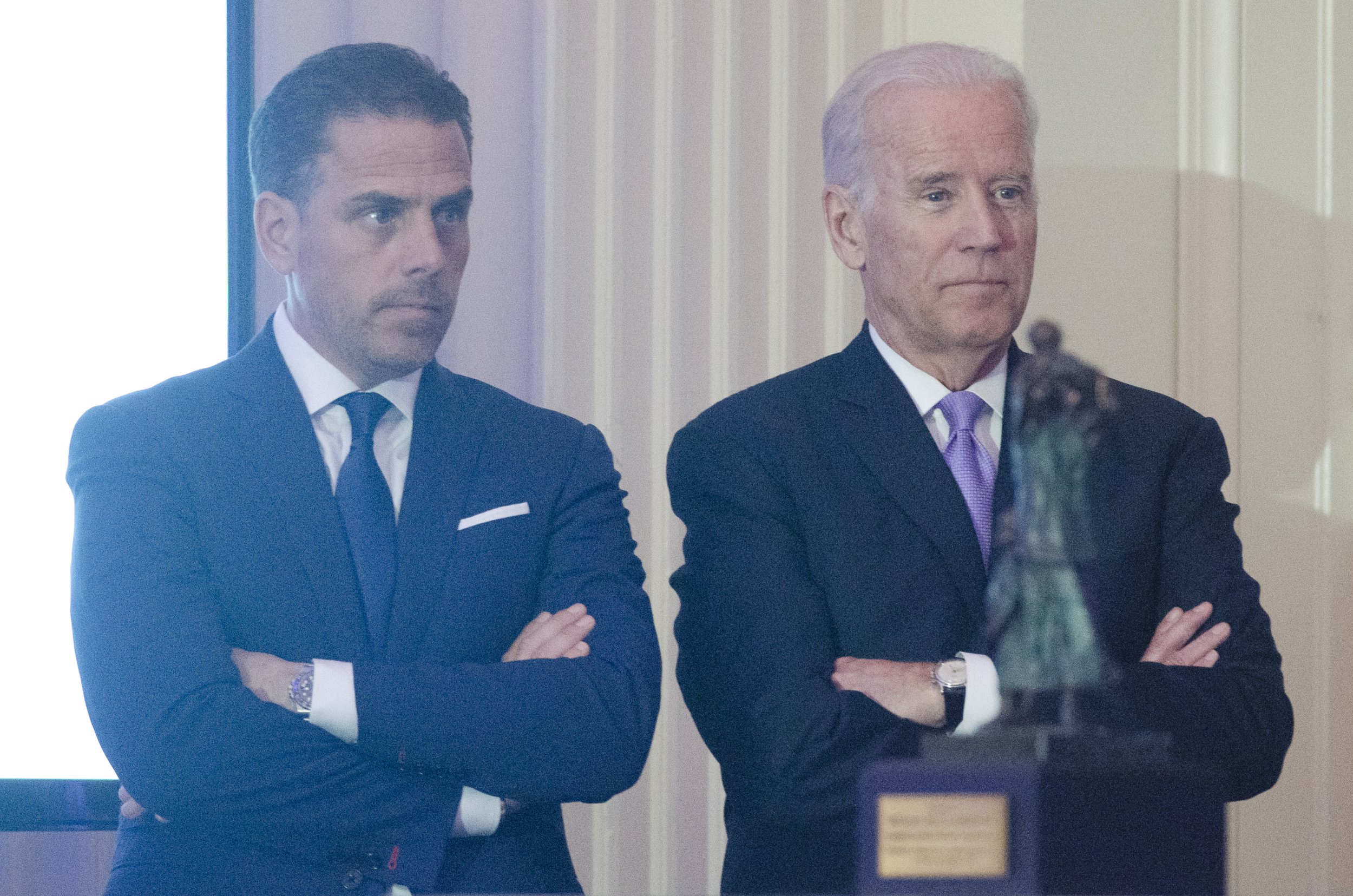 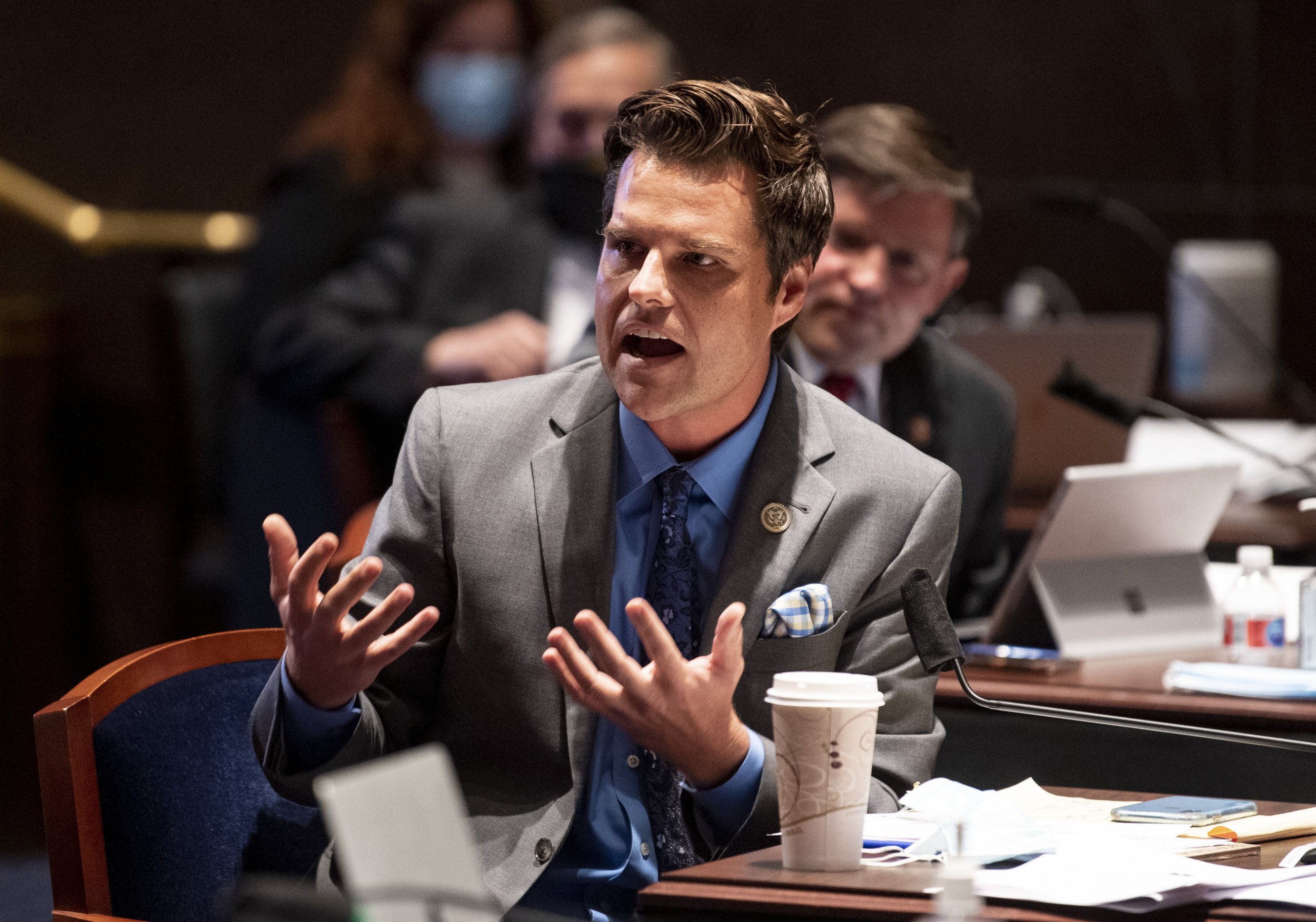 Later in the book, Hunter does, however, acknowledge that carrying the Biden name did provide him with opportunities likely not afforded to others.

"There’s no question my last name was a coveted credential," he wrote.

"That has always been the case — do you think if any of the Trump children ever tried to get a job outside of their father’s business that his name wouldn’t figure into the calculation? My response has always been to work harder so that my accomplishments stand on their own.”

Hunter also speaks to how he feels he became the "proxy for Donald Trump's fear that he wouldn't be re-elected."

"He pushed debunked conspiracy theories about work I did in Ukraine and China, even as his own children had pocketed millions in China and Russia and his former campaign manager [Paul Manafort] sat in jail for laundering millions more from Ukraine."

Hunter added that Trump even sold "Where's Hunter?" t-shirts on his official campaign website for $25 a-piece.

Trump's seeming fixation on Hunter, he claims, culminated in a mob of supporters "sporting blood-red MAGA caps appeared outside the gateway of the private house I was renting in Los Angeles."

Hunter was staying at the property with his wife, Melissa Cohen, who was five-months pregnant at the time.

"They snarled through bullhorns and wave posters depicting me as the titular character from Where's Waldo?," Hunter described of the crowd.

The Top Five Most Shocking Revelations in Hunter's Book: 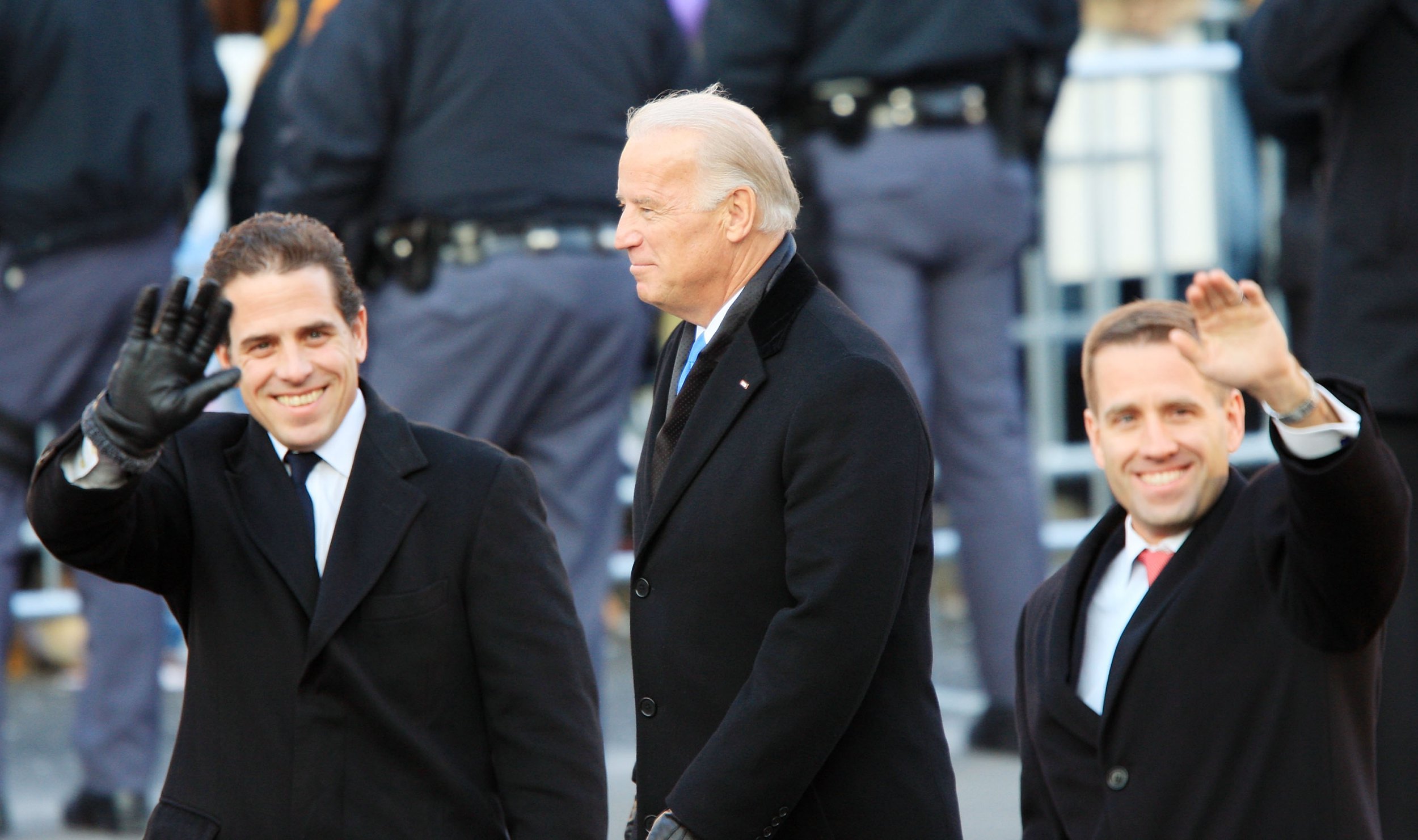 While Hunter, and some of his neighbors, called police to usher the mob away, the 51-year-old said the threats didn't stop there.

One such threat allegedly included one of Hunter's daughters being sent a text from an anonymous number while she was at school, warning her they knew where she and her father lived.

"Melissa was scared to death – for her, for us, for our baby," Hunter writes.

Hunter described Trump's "smearing" as a "predictable tactic", though he said he expected him to get "more personal far earlier to exploit the demons and addictions I've dealt with for years."

"Early on, at least, he ceded that tactic to his trolls," Hunter continues, before name-dropping embattled Florida congressman Matt Gaetz, who he also described as a "Trump henchman".

Hunter said he looked up to a TV screen one morning to see Gaetz reading a magazine excerpt detailing his history of addiction during a House Judiciary Committee hearing on article of impeachment.

"This from someone once arrested for driving under the influence in his daddy’s BMW, and who later had the charges mysteriously dropped. Anything to keep the reality-TV narrative running." 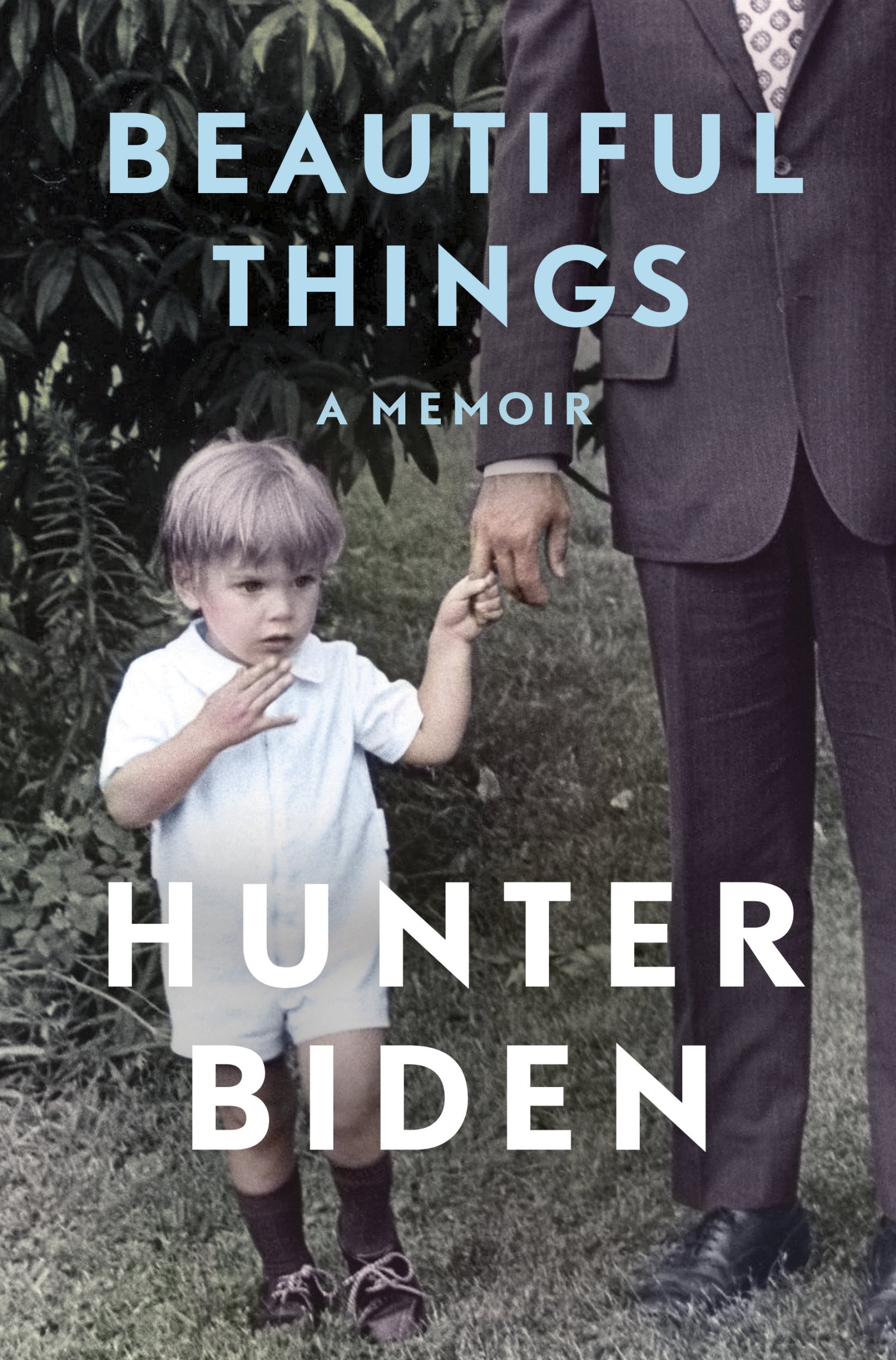 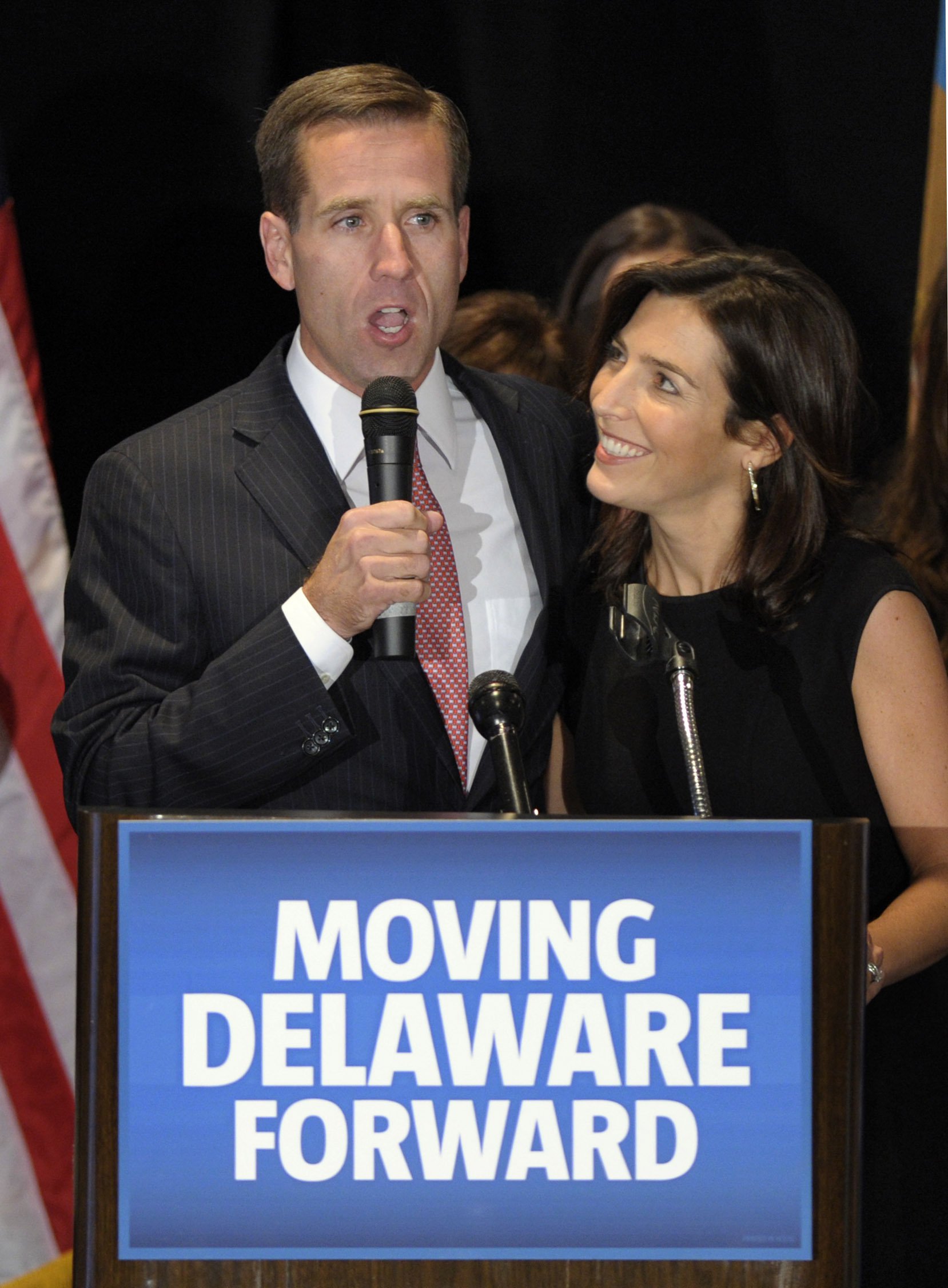 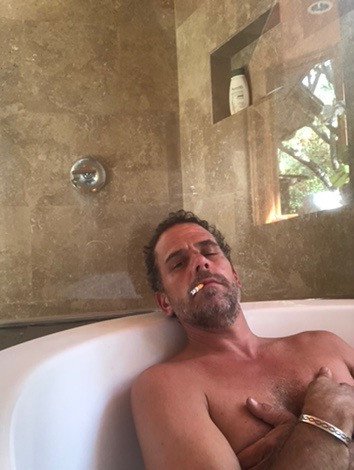 The majority of Hunter's memoir recounts his decades-long struggle with drug and alcohol addiction, and the loving bond he shared with his late brother Beau Biden, who died of brain cancer in 2015.

Hunter also reveals how his infamous affair with Beau's widow, Hallie Biden, began in the wake of his brother's death – and how his wife at the time, Kathleen, discovered the existence of the affair from text messages.

Now sober, one theme Hunter fails to touch on his relations to former DC stripper Lunden Roberts, whom he had a child with – though initially denied he was the father.

Claiming he had "no recollection" of ever meeting Roberts, and failing to mention her by name, Hunter writes: "I'm not proud of it. It's why I would later challenge in court the woman from Arkansas who had a baby in 2018 and claimed the child was mine — I had no recollection of our encounter.

"That's how little connection I had with anyone. I was a mess, but a mess I've taken responsibility for."

But the fact Biden was the father of this child was more than just a claim by the mom.

Hunter also makes no mention of his and Roberts' child, instead describing himself as a "fifty-one-year-old father who helped raise three beautiful girls … and now a one-year-old son."