Home » World News » ‘I did what everyone should do’: Bravery medal for chef stabbed while saving woman

‘I did what everyone should do’: Bravery medal for chef stabbed while saving woman

Luigi Spina still has nightmares after being stabbed while rescuing a woman who was being punched and strangled at Southbank in 2017.

He remembers the shock of the knife going into his torso, piercing his kidney.

“I was sure I was going to die,” Mr Spina said. “I hope nobody feels what I felt that day.” 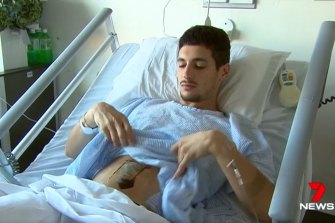 Luigi Spina shows his wound while in hospital in 2017. Credit:Seven News

Speaking this week from his home in Bojano, in southern Italy, Mr Spina – who has a large scar on his abdomen – said if the incident happened again today, he’d still intervene.

“I think I did what everyone should do,” he said. “If you see a man punching a woman, you have to do something. Otherwise you are guilty as well. You have to help people.”

The 28-year-old said he was proud to be awarded the Commendation for Brave Conduct. He is one of 111 recipients of the Australian Bravery Decorations to be announced by Governor-General David Hurley on Wednesday.

Mr Spina vividly remembers leaving his shift as a chef at 400 Gradi restaurant at Crown about midnight on February 24, 2017, and seeing “this huge guy fighting with everybody crossing his way”.

The man punched a woman in the head and grabbed her neck so tightly her feet left the ground.

Mr Spina, a trained kickboxer, confronted the man. The offender released the woman, but then punched Mr Spina and stabbed him before fleeing. 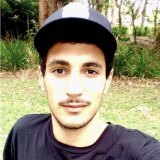 Mr Spina says he would like to return to Australia, despite the trauma he suffered while here.

Mr Spina said his mother Angela, who flew from Italy, and his friend Christian Albanese helped his recovery, along with thousands of social media messages from around the world.

He travelled around Australia before his visa expired in late 2019 and he now works in construction in Italy, but would return to Australia in a heartbeat.

“It’s the best place in the world,” he said.

Although he often relives the attack in dreams, he tries to stay positive. “God has been on my side, so I’m happy that I’m still alive and can talk about what happened.”

Governor-General Hurley said the recipients of bravery decorations “put their own wellbeing at risk to help others. They were not only brave, they were selfless. The stories of their deeds are remarkable and should inspire all of us.” 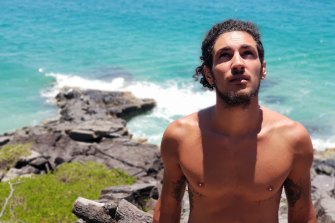 Mr Spina pictured while in Australia.

Victorian recipients include Luke Chilcott, who receives the Bravery Medal for confronting a gunman who broke into Mr Chilcott’s house in Wangaratta in 2017 while seeking his partner and children, who had hidden there.

Mr Chilcott, his wife and children escaped with the gunman’s four children. The gunman and his partner died.

In 2016 he knocked over and disarmed a distressed man who had entered Frankston police station with an open can of fuel and a blowtorch, threatening to ignite the fuel.

Sergeant David McHenry and Senior Constable Adam McKenzie receive the Bravery Medal in relation to a 2008 gunfire exchange with an armed offender in South Melbourne, in which Sergeant McHenry was shot in the leg and the offender was killed.