Home » ‘I didn’t think it was possible’: Why bush holidays could become a thing of the past

‘I didn’t think it was possible’: Why bush holidays could become a thing of the past

Popular tourist destinations in the most captivating corners of Australia have become no-go zones for insurers following the Black Summer bushfires, forcing pandemic-battered businesses to close or risk everything operating uninsured.

One luxury bushland retreat in Victoria was knocked back by 38 insurers before receiving an “insulting” quote of $6.5 million in premiums for a business worth $3.5 million. 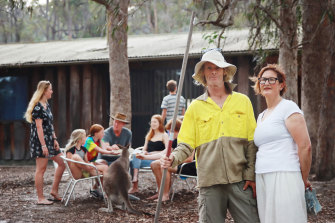 Owner Julie Pennefather (right) has been unable to obtain insurance on her property, Woodbine Park Eco Cabins near Merimbula, for the first time in 35 years.Credit:Angi High

But even though scores of businesses have been quietly pleading their case with the government, their plight has gone largely unpublicised because operators fear it will damage resale values if it emerges they have become uninsurable.

The owner of the Victorian retreat, who requested anonymity due to those concerns, said he was on the brink of closure even though his property had never been affected by bushfire.

“Never in my life have I come across this,” he said. “I didn’t think it was possible.”

The Sun-Herald and the Sunday Age have spoken to three businesses on the NSW South Coast and two in Victoria that have not been able to insure their properties this year for the first time.

They warn the escalating problem is threatening to derail the economic recovery across regional Australia, where operators have been battered by worsening natural disasters due to climate change, border closures and pandemic lockdowns.

Last year hundreds of businesses contacted Australia’s Small Business Ombudsman’s office warning they would have to close if insurance did not become available to them.

Ombudsman Bruce Billson said he was aware of instances where that had now come to pass.

“We’ve had pubs that have been operating for a century in a vicinity of a national park being told that’s not something people want to insure any more,” he said.

“Some accommodation providers that offer the idyllic location as part of the appeal … are being told it might be idyllic but the risks are too high.”

Concerns have also been raised by BIG4, which runs a network of 180 holiday parks around Australia, the Victorian Caravan Parks Association and the body representing tourism operators in the Margaret River wine region.

Owner Julie Pennefather has been unable to obtain insurance on the property for the first time in 35 years. 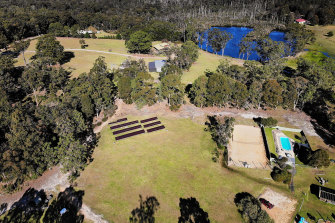 Woodbine Park Holiday Cabins. The owner has been unable to obtain insurance for the property even though it has never been the subject of an insurance claim.Credit:Angi High

“We probably would have paid threefold but we couldn’t even get an offer,” she said, adding the property was unaffected by the recent bushfires and had never been the subject of an insurance claim.

Nearby, premiums have soared for Michael Britten, the owner of boutique guesthouse Robyn’s Nest. He felt insurance companies had become too fixated on shareholder returns.

“[They are] losing sight of their prime objective to be in business,” he said.

David Maclachlan co-owns the upmarket Marramarra Lodge, where boats ferry guests to their five-star bungalows on the banks of the Hawkesbury River.

“We do have insurance, but it was really difficult to get and I know of a lot of people who can’t get it at all,” Mr Maclachlan said. 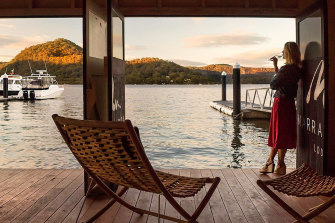 He said the business typically cost around $12,000 to insure before the bushfires, but was now being quoted premiums of just under a million dollars.

Mr Maclachlan suspected the problem was being triggered by “postcode moratoriums” adopted by insurers.

The issue would act as a major barrier to new players entering the tourism market, he warned, because most relied on bank finance – with insurance being a mandatory requirement.

“If you want a bush backdrop in aesthetically beautiful areas, that’s going to be a difficult thing for Australia,” he said. 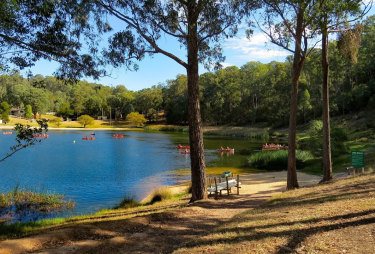 Businesses across regional Victoria have been similarly afflicted, including the Coonawarra Farm Resort where school camps are run on a 140-hectare bushland site.

Manager Krystal Ciaglia said the business had been unable to get insurance this year, even with bushfire cover excluded.

She said if her business closed it would have a cascading effect on East Gippsland’s local economy because they were a significant employer and sourced supplies from local businesses.

“A multitude of businesses are just going to disappear and it’s like taking away a part of our culture,” she said. “This deserves attention now.”

“You can’t say we’re not going to do climbing walls and flying foxes and bushwalks, instead we’re going to the museum,” Ms Ciaglia said.

She recommended the expansion of the federal government-underwritten reinsurer, the Australian Reinsurance Pool Corporation, to cover “significant natural events”.

In the May budget, a $10 billion government reinsurance pool was announced to cover cyclone and flood damage in north Queensland.

Mr Billson, who succeeded Ms Carnell, said it was a “very encouraging” step, but noted 88 per cent of matters brought to his office’s attention were not in that region.

He was optimistic his office’s recommendations were still being considered by the federal government.

“They’re just holding the can for it all and if something does happen they could lose millions,” Mr Goddard said.

“When you go back 18 months it was a competitive market, they [insurers] were jumping over each other to get business.”

He said it was a global problem due to climate change, affecting communities across California, the UK and Asia.

Mr Goddard’s letter was referred to assistant treasurer Michael Sukkar, who responded that the refusal of insurance was a “commercial decision for an insurer to make”.

He noted that natural disasters in Australia in recent years had impacted on the cost and availability of insurance.

Mr Sukkar told the Sun-Herald and the Sunday Age the government was committed to “building the resilience of Australian communities to natural disasters”, which would assist in putting “downward pressure on insurance premiums”.

He said $1.2 billion had been allocated to improve Australia’s capability to prepare for and respond to natural disasters, including establishing a National Recovery and Resilience Agency.

A spokeswoman for the Insurance Council of Australia said it understood the need for affordable insurance for all tourism accommodation operators, including in bushfire-prone areas.

She said the council had commissioned independent expert advice on possible solutions to insurance availability and affordability challenges.

″That paper is currently open for comment,” the spokeswoman said.

Didn't, I, it, possibl, think, was
Celebrities