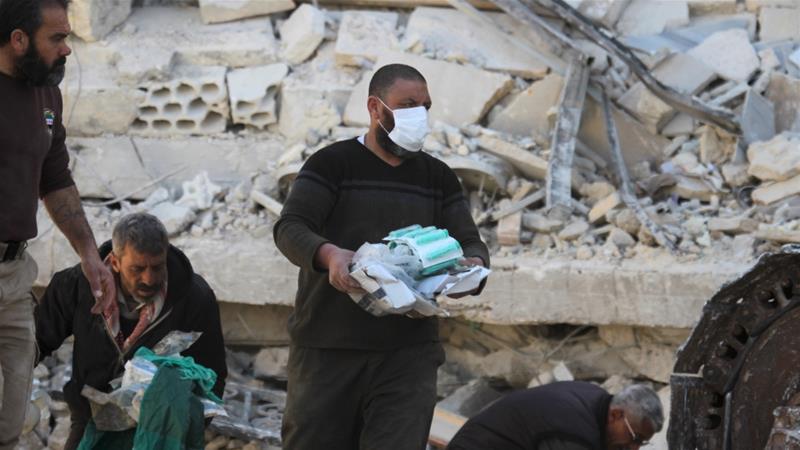 Dr Yasser al Samm, a surgeon, was on duty in the emergency ward of the Maaret al Numan hospital in Idlib on July 10 when he heard four explosions and felt the walls shake.

“I was confused but there was no time for confusion. We started to evacuate the patients to the basement,” he said. “I actually didn’t expect the hospital to be bombed.”

Even though the Syrian government and its Russian ally had been pounding the last rebel-held stronghold in Syria for more than two months, Yasser thought the hospital may be safe. The location coordinates of the facility had been shared with the United Nations under a deconfliction system, he said, through which hospitals give their information to the UN and is then passed on to Russia, Turkey and the United States.

The idea behind sharing such information was to protect them from Syrian and Russian air attacks. It seems to have failed, Dr Yasser said.

“The coordinates of the hospital were shared with the UN and Russia, and I think that was a wrong step,” he said. “Because all the hospitals have been systematically targeted by the Russians and the Syrian regime through the war.”

Physicians for Human Rights (PHR), a US-based advocacy organisation which has documented damage to medical infrastructure throughout the Syrian war, has said that since the Syrian government and Russia launched an offensive on rebel-held areas in Idlib and northern Hama provinces on April 29, there had been credible reports of attacks on 46 healthcare facilities, of which it had fully verified 16.

It also said that from March 2011 through July 2019, 578 attacks have been carried out on 350 separate health facilities, over 90 percent by the “Syrian government and/or the Russian government.” 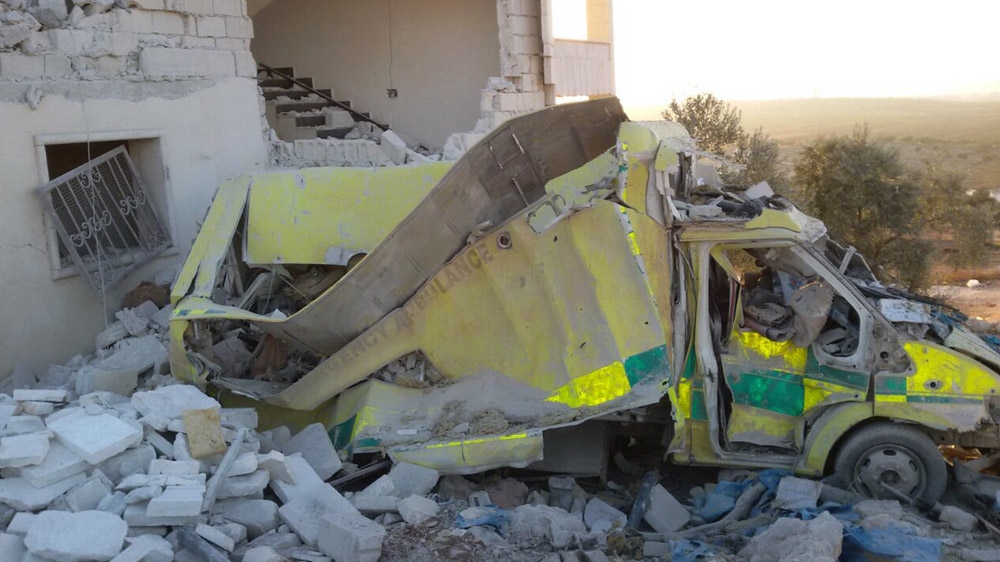 According to the UN, over 450 people have been killed in the Idlib offensive and hundreds of thousands more displaced. Idlib’s population is about three million, most of whom were displaced from other parts of Syria.

Under an agreement reached between Russia and Turkey last September, Idlib and surrounding areas were established as a de-escalation zone, but the agreement has not been fully implemented. The armed group Hay’et Tahrir al-Sham, a former al-Qaeda affiliate, has since increased its influence in Idlib and has refused to withdraw from a planned buffer zone. The presence of the group has made it harder for humanitarians there to continue their work.

The Syrian government and the opposition agreed to a ceasefire in Idlib in early August but it collapsed days later.

Dr Yasser, staff in other bombed hospitals and local residents told Al Jazeera they had no doubt that it was Syrian and Russian planes that attacked them.

On July 30, after 10 of the 15 members of the United Nations Security Council issued a demarche, UN Secretary-General Antonio Guterres authorised an inquiry into attacks on civilian infrastructure including hospitals, clinics and schools.

Mark Lowcock, the UN undersecretary-general for humanitarian affairs and emergency relief coordinator, said the inquiry would investigate whether GPS coordinates provided by the UN to Russia in order to ensure the hospitals’ protection were actually used to target them. 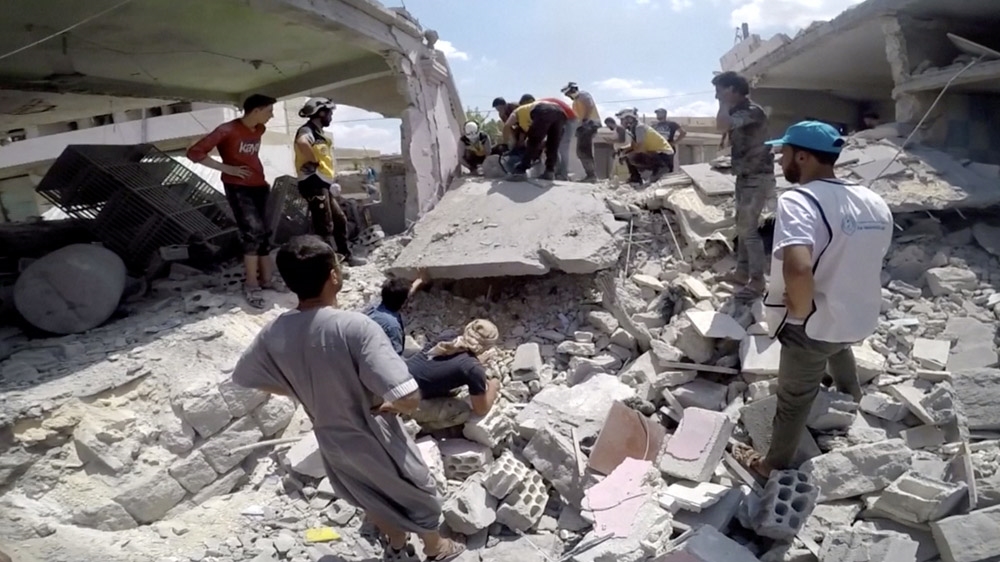 Lowcock said it was important to know whether the information being given to parties was being used “to protect civilian facilities from attack or to target them for attack”.

He added: “I have asked the Russian Federation for clarification of what it does with the information,” provided through the deconfliction system.

Susannah Sirkin, director of policy at PHR, welcomed the inquiry and told the UNSC on July 30: “PHR vehemently repeats our call on Syria and Russia to immediately stop attacking hospitals and other vital civilian infrastructure.”

Maaret al Numan Central Hospital provided medical services to an area inhabited by more than a million people, mostly internally displaced, said Dr Yasser. Although the hospital was functioning again, the fear of another attack remains.

It wasn’t the only hospital on the deconfliction list to be targeted. The Pulse of Life Medical hospital in Hass, Idlib, was one of the first to be attacked in the recent offensive, in early May.

Abu Abdallah, the hospital’s chief nurse, said that it managed to evacuate all the personnel in time thanks to the information sent by local aircraft observers, teams of volunteers who monitor Syrian government and Russian air bases, like the one at Hmeimim in Lattakia province used in the recent attacks, and give warnings about jets taking off and in which direction.

“We knew it was Russians because aircraft observers told us that warplanes took off from Hmeimim and were headed towards our area,” he said. “Everyone knows how destructive the Russian raids are. The sound of the rockets is different, the impact is much larger and more terrifying. The warplanes fly much higher.”

The Russian and the Syrian governments have denied targeting civilian infrastructure. Syria’s ambassador to the UN, Bashar Ja’afari, in July wrote a letter to the UN that all healthcare facilities in northwest Syria had been taken over by “terrorist groups” and were not performing humanitarian services.

Dmitry Polyanskiy, Russia’s deputy ambassador at the UN, said the inquiry was a “mistake.” He said Russia had “many questions” and doubted whether Guterres had the right to launch an inquiry of this sort. “We regret that there was pressure on the secretary-general from the countries that really don’t want to bring peace to Syria,” he said.

Aron Lund, a fellow at The Century Foundation, said that if the inquiry established that the Syrian and Russian air forces had deliberately attacked civilian targets, it would be no more than a “diplomatic setback” for Moscow and Damascus.

“It ultimately does not matter very much who thinks what, since Russia has veto powers,” he said. “Russian diplomats will simply have to work a little more on their poker faces, the mood will get a little more bitter and angry in the Security Council, and everybody then moves on.”

Michelle Bachelet, the UN human rights commissioner, said in a statement on July 26 that “intentional attacks against civilians are war crimes, and those who have ordered them or carried them out are criminally responsible for their actions.”