An impatient pooch decided to honk the car horn when its owner took too long.

Hilarious footage shows the man rush out the shop, only to find determined dog in the driving seat.

The hounding was filmed at a gas station near Wichita, Kansas. 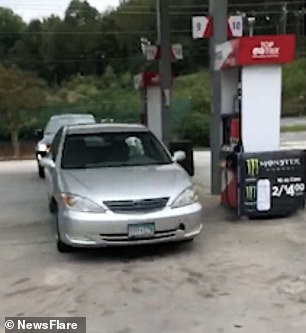 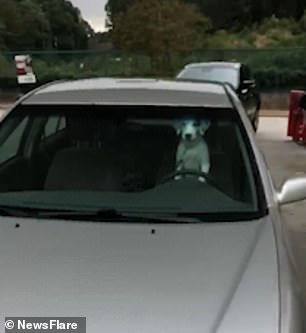 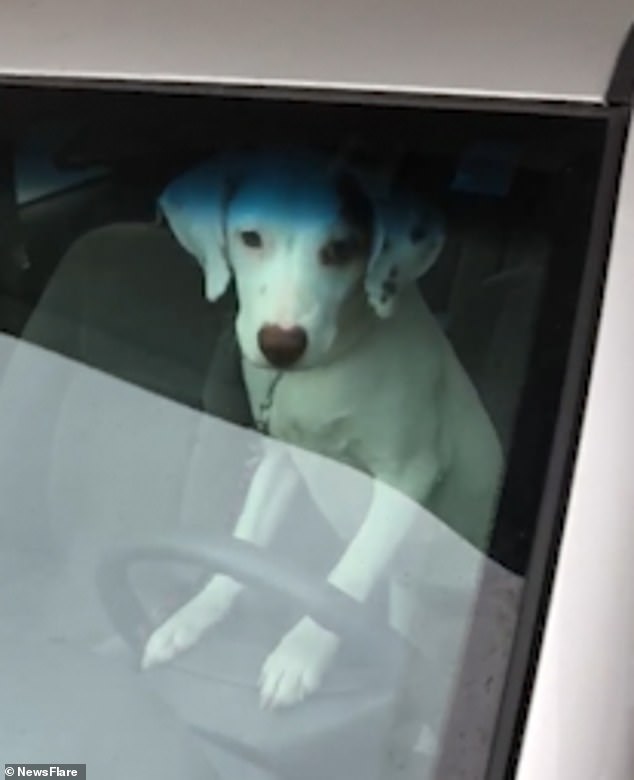 The determined dog, perhaps late for a much-anticipated walk, only stopped when the owner came up to the car

Caught on a phone camera, the driver rushes out the shop as his car’s horn blares through the gas station.

He quickly comes to a halt and laughs, however, spotting the cross canine with two paws on the steering wheel.

The pesky pet, which clearly didn’t like being kept waiting, stopped as soon as the owner approached.

It jumped down and wagged its tail – possibly excited at the prospect of an upcoming dog walk.

Earlier this month a hound resorted to the car-horn tactic when waiting for its owner. 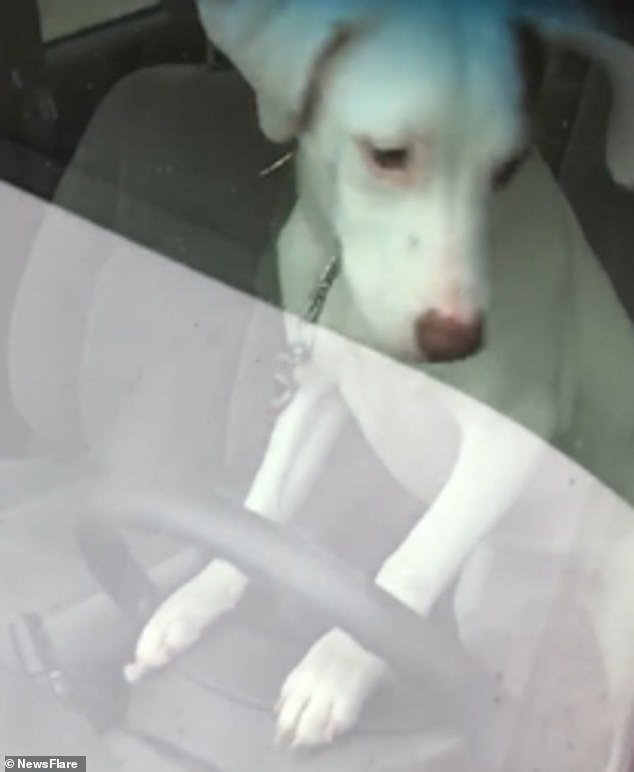 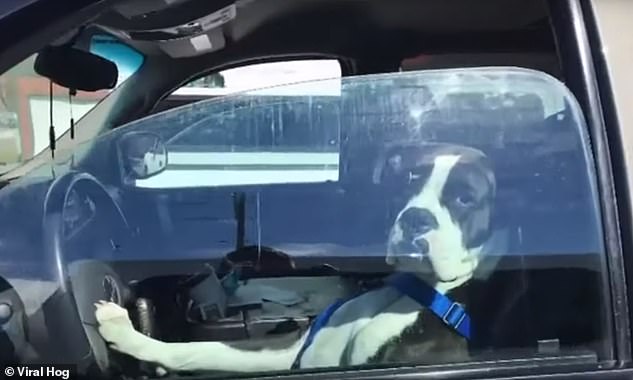 Earlier this month a passerby in Valdez, Alaska, heard and then saw a delayed dog with its paw firmly pressed down on the car horn

While a passerby got a coffee in Valdez, Alaska, the delayed dog clambered into the front seat and stamped its paw down on the car horn.

The man asked it to stop, but the dog just stared at him and kept going.

The car horn honking at a Kansas gas station was filmed in October 2018.