THIS is the heart-touching moment a huge gorilla tried to nurse an injured bird back to health.

The amazing footage was captured by two women at a New South Wales zoo, Australia. 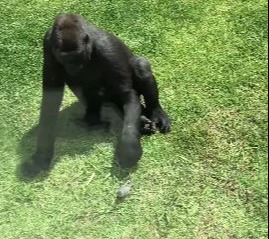 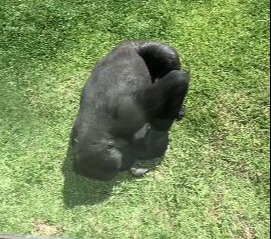 When the footage starts the gorilla is seen wandering over to the injured bird which is lying on the grass.

One of the unnamed women says: “Oh he’s getting the bird, look.”

The gorilla then lies down to examine the poor bird before getting up again and taking it in its left hand.

The gorilla quickly lets go though when the bird tries to flap its wings but quickly stops and the gorilla once again holds it in its hand.

One of the women says: “The bird must be injured.”

It then tries to encourage it to fly away by gently nudging the bird with its finger.

When the bird flops over onto its side, one of the women can be heard saying: “Yeah, it’s hurt.”

The gorilla doesn’t give up caring for the bird and appears to try to coax it into flying away.

But the poor bird hardly moves and the gorilla peers down at it to take a closer look.

After a quick examination and the bird barely twitching the gorilla walks away.

“How awesome was that?” One of the women can be heard saying.

The other woman asks: “Stunned?” with her friend replying “Yeah.”

A witness who filmed the scenes said: ''It was amazing such a big animal could be so gentle.”

She added: “It walked over to the bird and tried very gently to get the bird to fly away.

“When the bird didn't fly away, the gorilla walked away without ever harming it.”

It’s not known how the bird became injured but it’s thought it flew into the glass surrounding the enclosure and knocked itself out.

In August this year a cheery young gorilla named Ajabu, was seen clapping the visitors at Prague zoo.

Stunning photos were taken by fan Lucie Stepnikova, 33, who said she has been watching the zoo’s gorillas for 14 years.

"It entertains not only visitors but also his own family." 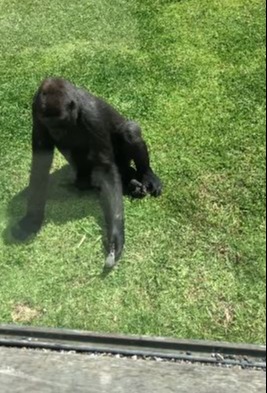 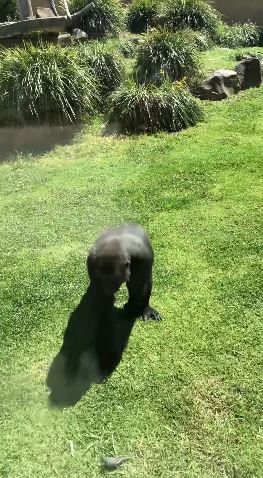