Taylor was filmed posing in the water with a school of rays that have a wingspan of 42 inches in the shallows of Stingray City, Cayman Islands. 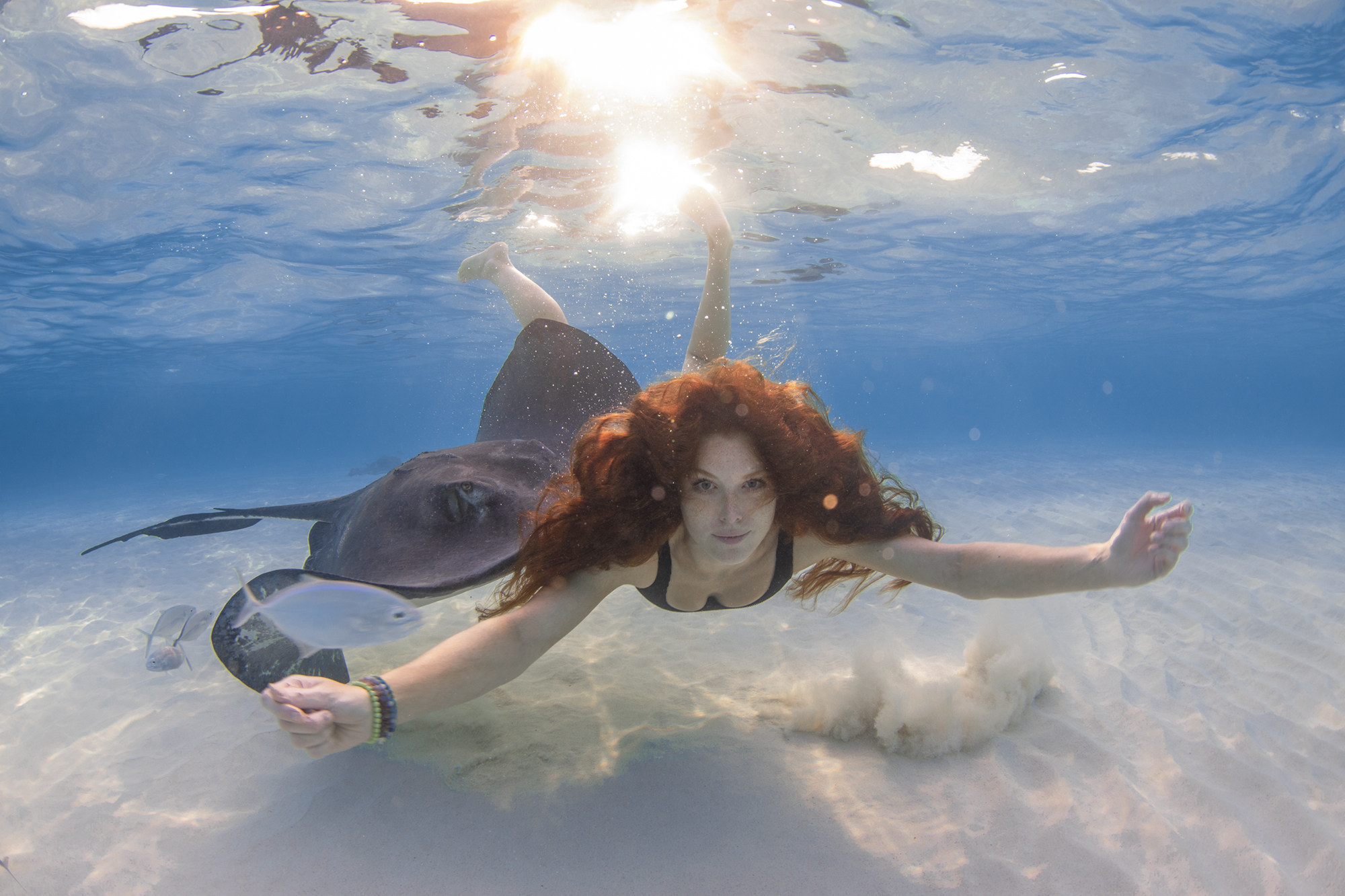 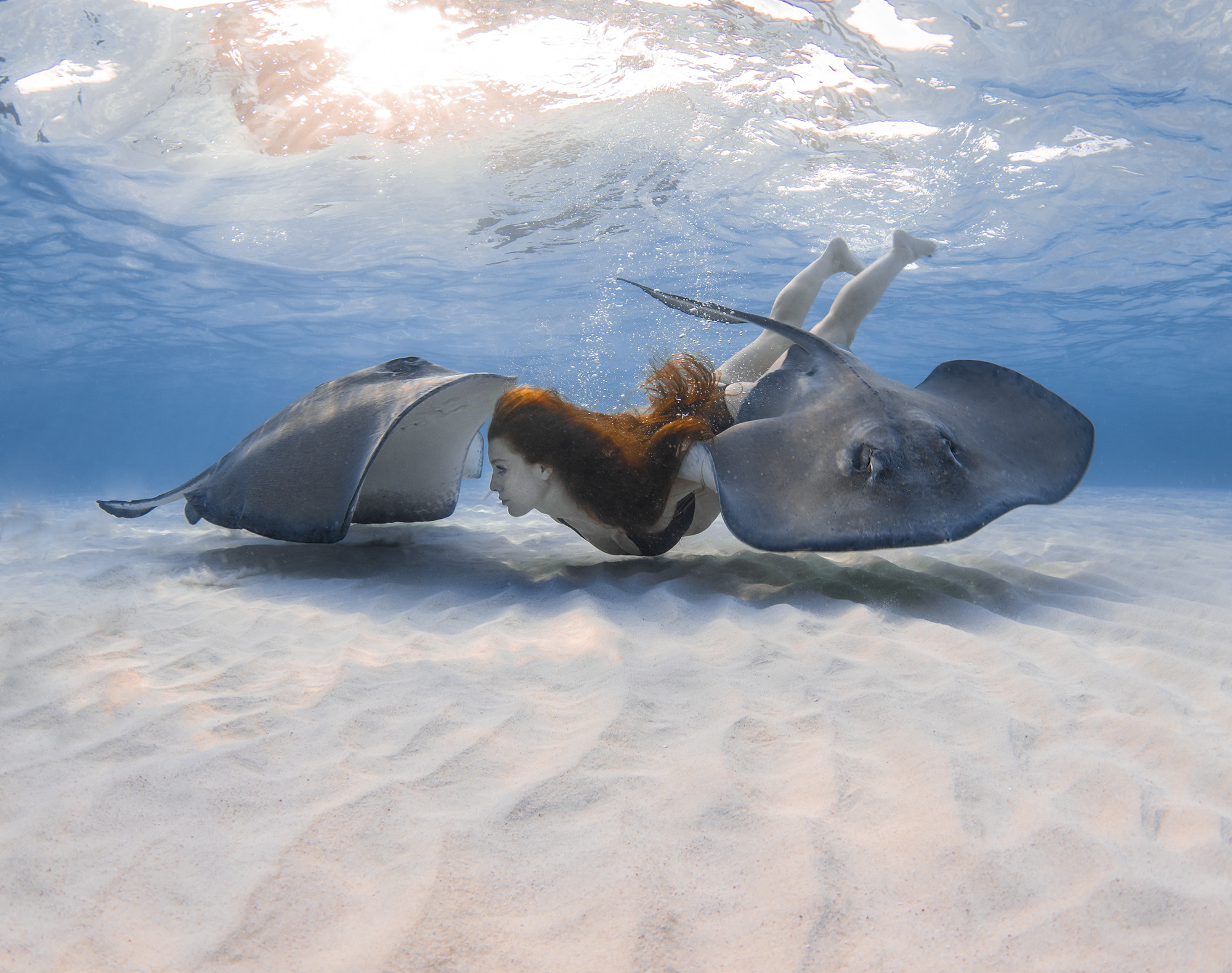 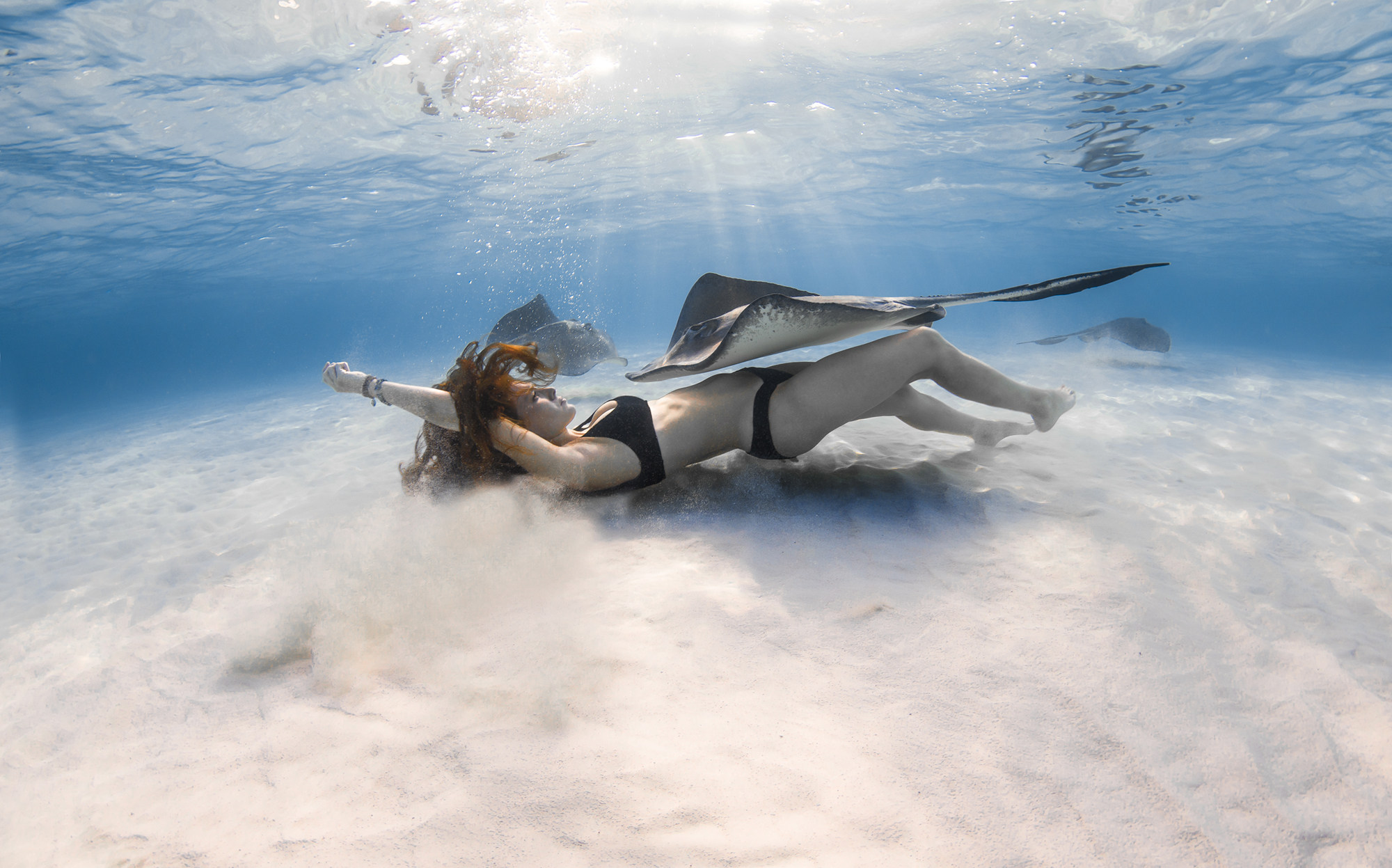 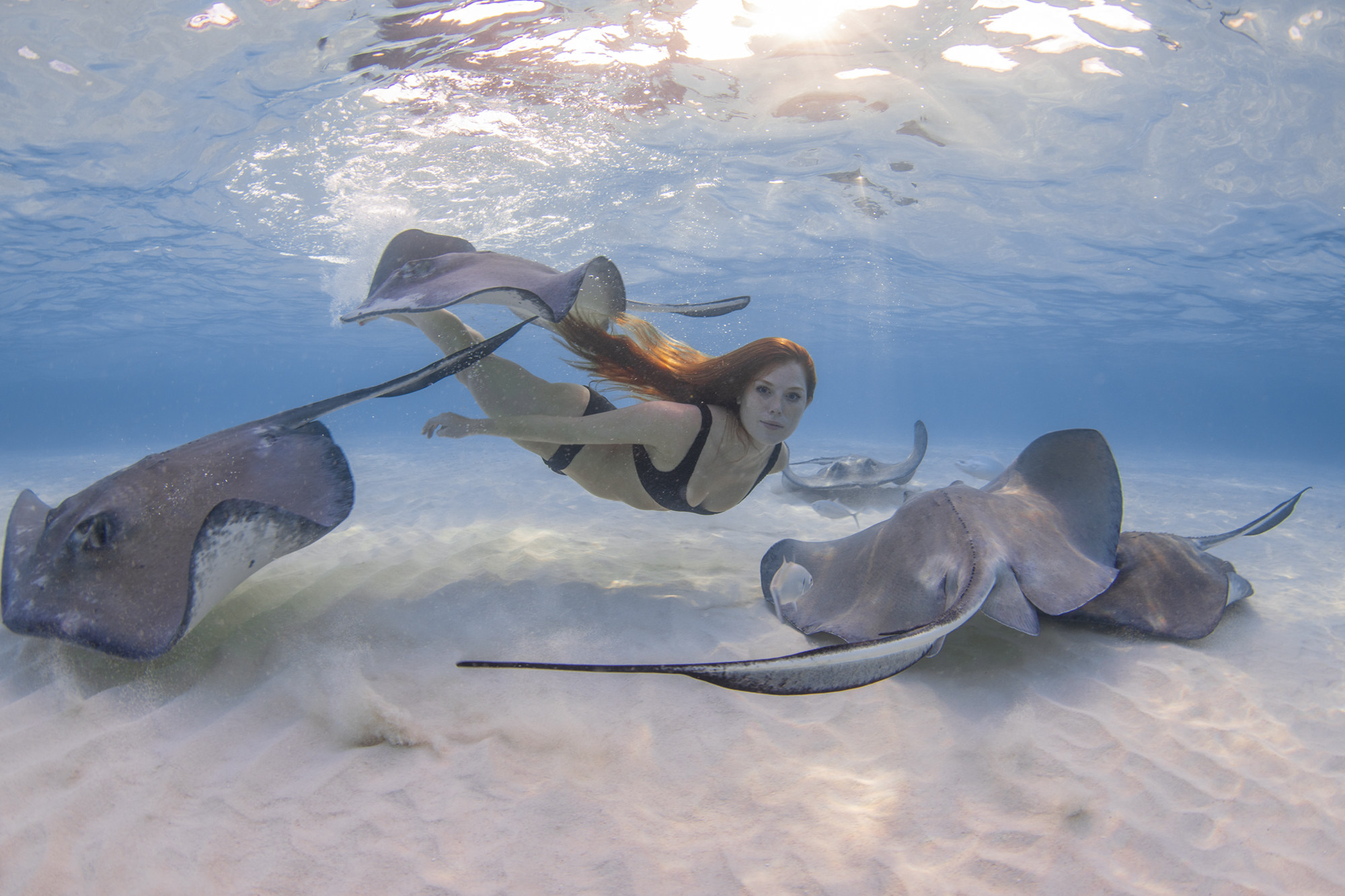 The area regularly hosts up to 60 sting rays and is the only place on the gorgeous islands where you can legally feed them.

The stingrays in the shoot are estimated to be about twelve years old and weigh around 40lb. 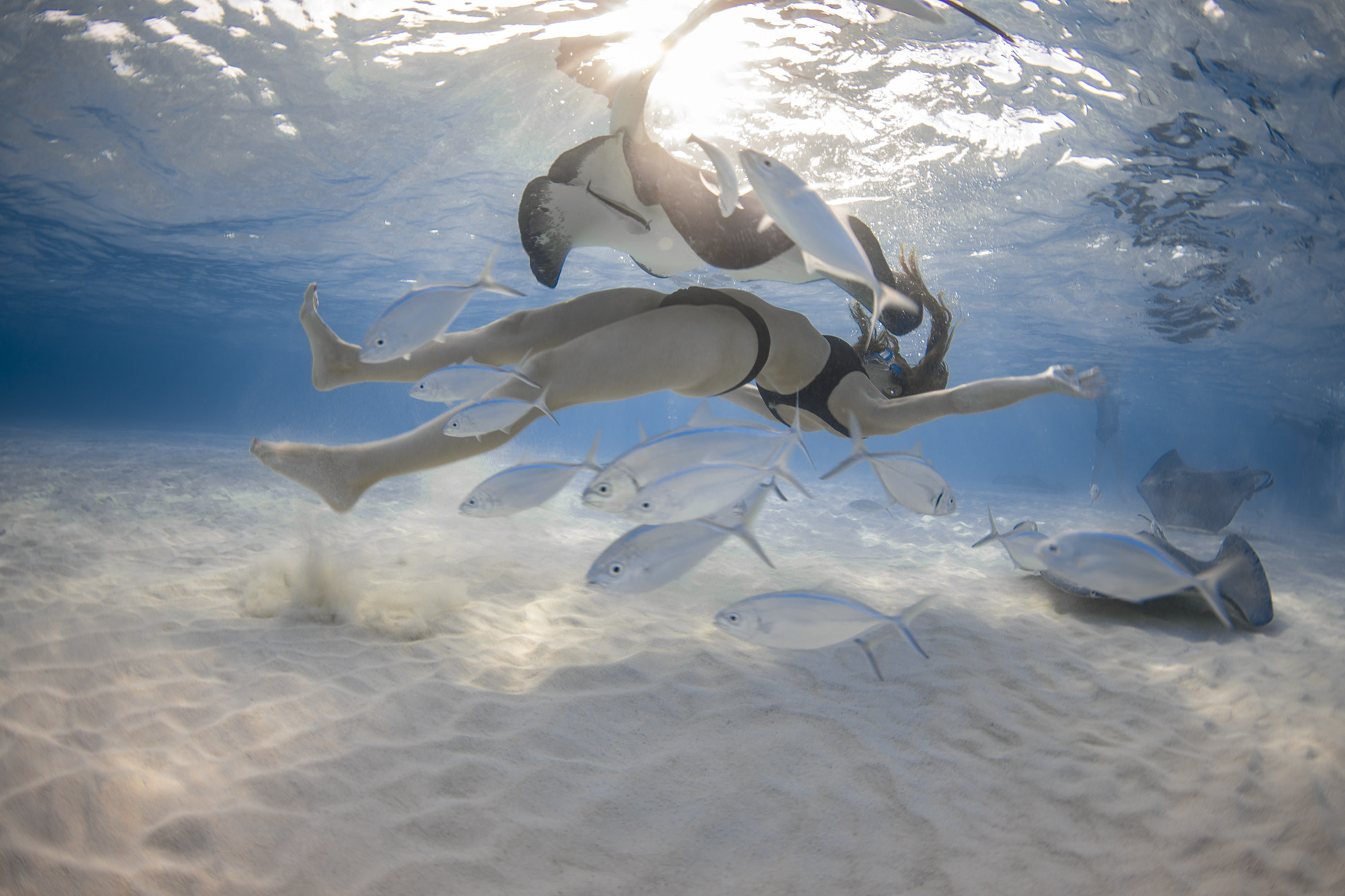 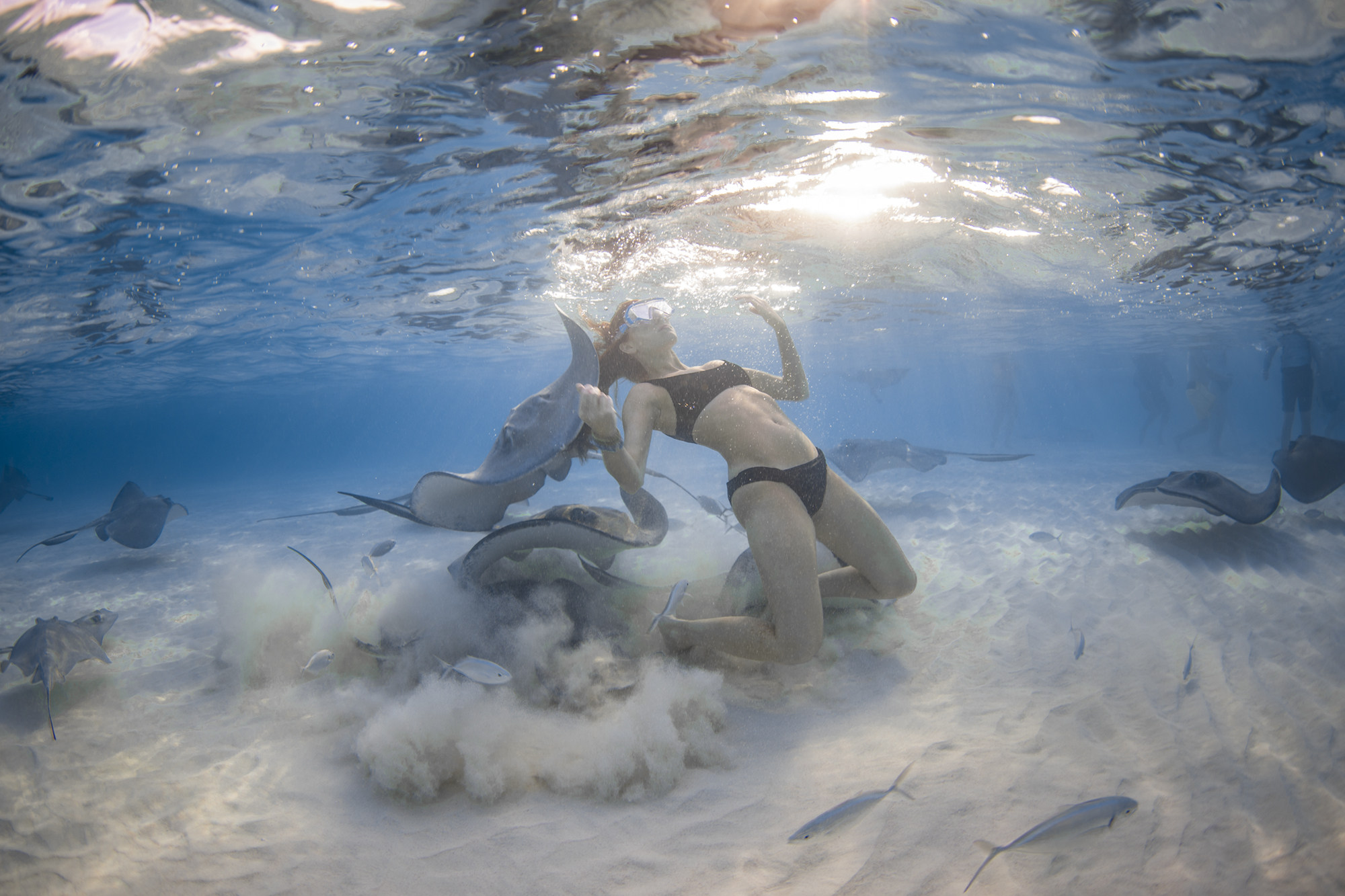 Females give birth to 2–10 pups twice per year in the shallow water like in these photos, after a gestation period of about four months.

Due to the tourism industry regarding the rays as one of the key attractions to the Caribbean, each ray is worth about $2.5 million to the local economy. They are well-looked after by the locals, but they also have the ability to fend for themselves. 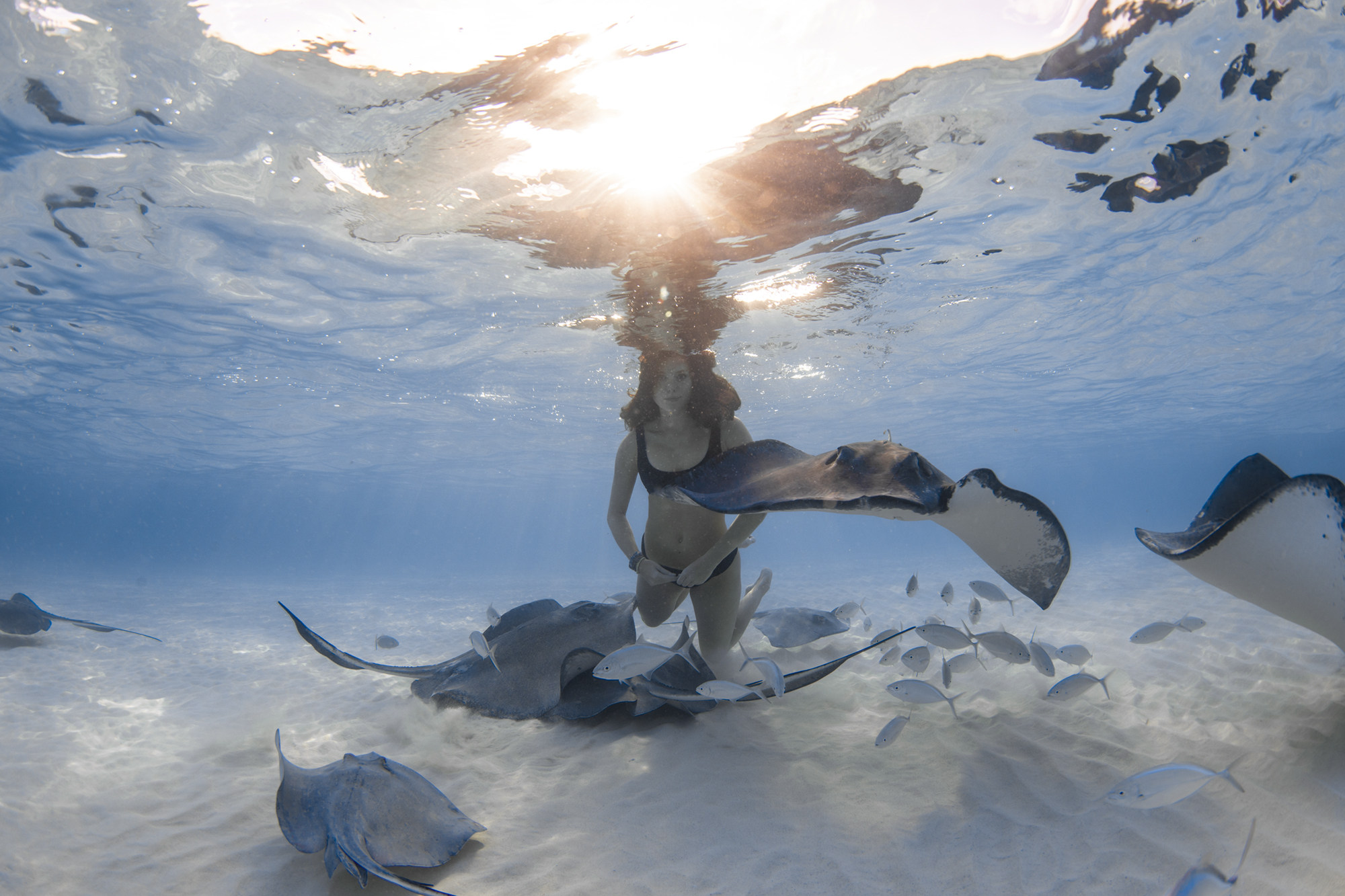 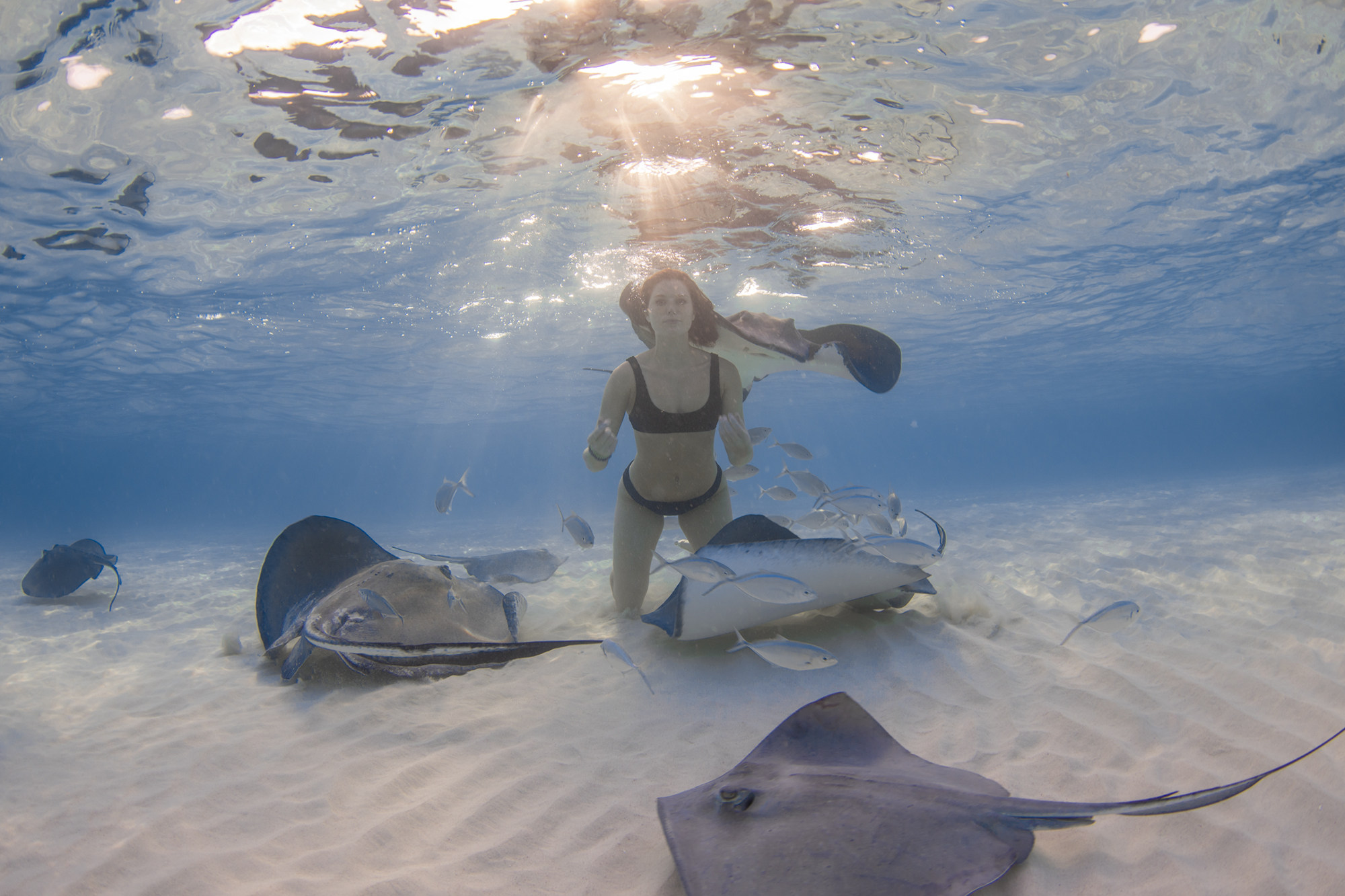