Coroner will quiz police and probation service on how two prison cell-mates were able to plot horrific rape and murder of Vietnamese beautician, 28, then torch body in car

Quyen Ngoc Nguyen, 28, was lured into a trap and subjected to sexual abuse by the men

An inquest was launched today to probe how two killers who shared a cell in jail were able to team up to plan and execute the sadistic murder of a young mother.

Quyen was raped, murdered and her body torched in her Audi car on allotments in a village on the outskirts of Sunderland, Tyne and Wear.

Her killers have been jailed for life but the inquest will look at potential breaches which may have allowed them to associate together unchecked. 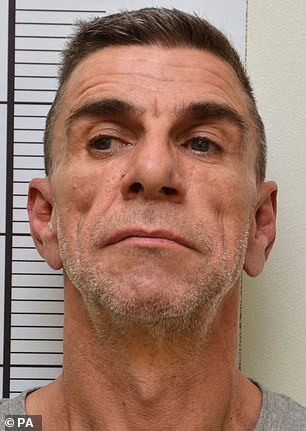 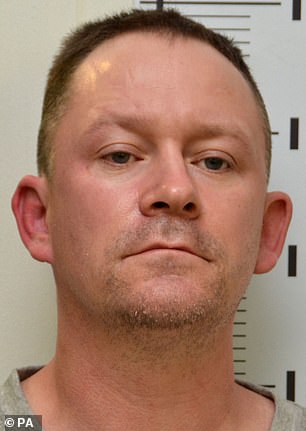 William McFall (left) and Stephen Unwin (right) put Miss Nguyen into the back of her own car, splashed her in petrol and set her on fire while she was still alive in August last year

‘Whether appropriate processes were in place to ensure matters relevant to potential recall to prison had been brought to the attention of the appropriate authorities.

‘Whether there was any intelligence, and if so what, that existed about the association of these men with one another.

‘Whether any evidence existed that they were potentially in breach of their conditions of their licences and whether all the information was passed beween the police and the probation service.

‘Whether any information in possession of the police or probation service gave rise to any missed opportunities for recall, dependant of course on what policies there were in existence.’

Mr Winter added: ‘Stephen Unwin appeared on the radar of the police when he was released in 2012. There were 26 items of intelligence about him with with a particular incident of seriousness on September 1, 2017.

‘I will hear evidence from the police about the operation of flags and markers.

‘It would appear the probation service with regard to Unwin have their last contemporaneous record on their computer system on December 13, 2016 and subsequent entries about contact with Unwin were not created until August 18, 2017 – three days after Quyen had died. 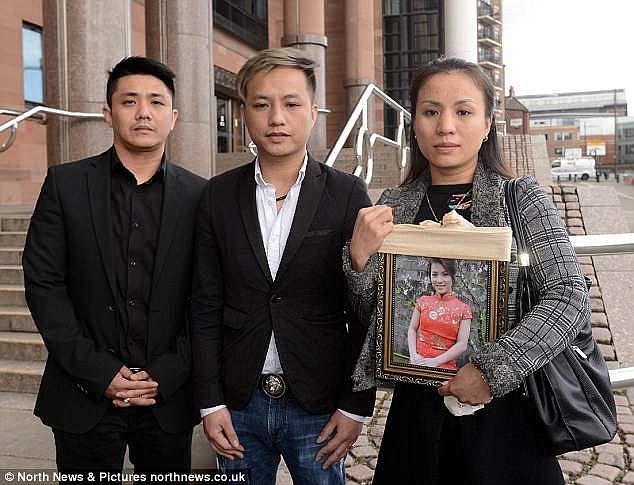 ‘In effect there were no contemporaneous computer records for that period of time. This inquest will look at the systems in place and whether those systems were followed.’

Unwin, of Houghton-le-Spring, and McFall, of Blackpool, but originally Northern Ireland, were both convicted of murder after a six-week trial last March.

Unwin was also convicted of raping Miss Nguyen and both men received full like terms, meaning they will spend the rest of their lives in jail.

The killers have been described as pitiless psychopaths who killed without a shred of remorse for the three victims they murdered between them.

Quyen suffered a five hour torture ordeal at the hands of the two men, who had spent days or even weeks planning her sexual degradation and eventual murder.

They ate a curry as she lay lifeless on the floor and then set her alight in her car near allotments while she was still alive.

As they drove to the bank afterwards to use her cash card they took a selfie, with McFall grinning into the camera while Unwin was at the wheel. 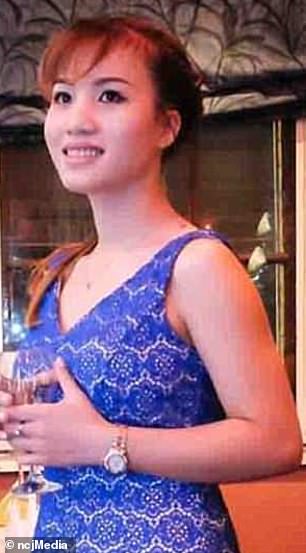 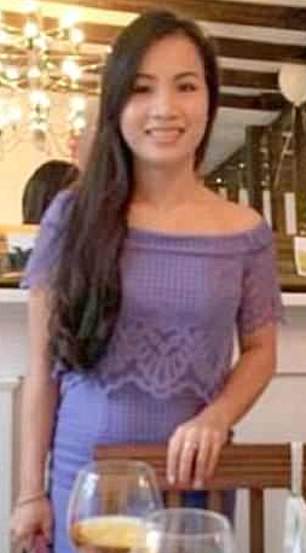 Quyen, a mother-of-two who entered the country in 2010 to study business at a London university, was murdered on August 15, 2017 after coming into contact with Unwin, 40, and McFall, 51, when they were carrying out work as handymen on flats she was renting out.

The 5ft and seven stone victim visited Unwin at his terraced home in Shiney Row, near Sunderland, to discuss some more work for him and was set upon by the pair after she stepped inside.

On the night of her murder McFall messaged Unwin to ask: ‘Are we raping the c***k?’

Quyen was beaten, throttled with a ligature around her neck and raped by the men who a gas-powered pistol and a Star Wars lightsabre toy as part of the degrading assault.

After she’d been in the house for five hours she was wrapped in a sheet and carried out to her black Audi A4 when was then driven by Unwin to a lane leading to allotments.

They doused her in petrol and set both her and the car ablaze. Forensic tests later revealed that Quyen was still alive when she was set ablaze. 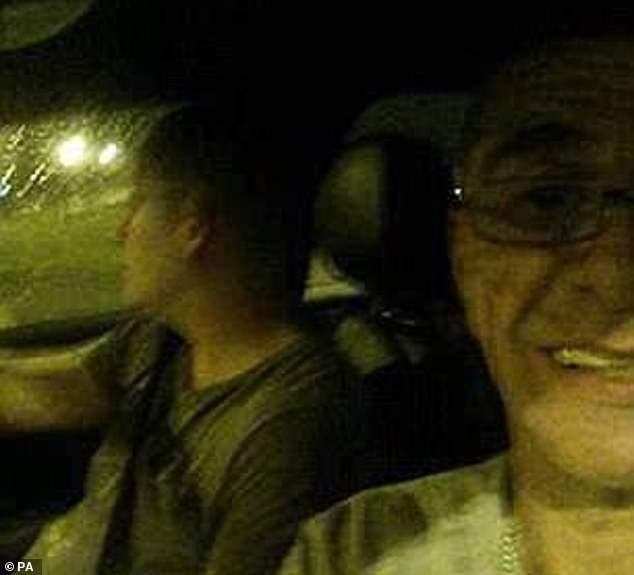 The pair used her bank cards and PIN numbers, which they had forced out of her, to make a number of withdrawals from her account.

Unwin and McFall, who first met in HMP Swaleside on the Isle of Sheppey in Kent, were swiftly arrested by police who tracked them on CCTV.

The inseparable friends cooked up a plan to blame each other, hoping it was would give them a legal loophole.

Unwin claimed McFall strangled their victim with a ligature, a scene he walked in on while buying cigarettes at the local Coop. McFall said he watched Unwin smother her before he went to the shop.

The jury had been given evidence of their previous crimes which resulted in both receiving and serving life sentences.

Unwin killed cancer-stricken retired pharmacist John Greenwell, 73, in Houghton-le-Spring, knocking his victim to the floor before torching his bungalow, setting three seats of fire. He was released on licence on December 20, 2012.

McFall bludgeoned to death Martha Gilmore, 77, to death with a hammer in a raid on her home on May 5, 1996, hiding the weapon in a graveyard. He was released on licence on October 29, 2010.

McFall pleaded guilty to the murder at Belfast Crown Court on April 11, 1997 and was sentenced to life. His brother and brother-in-law, both now dead, were not charged through a lack of evidence.

A source close to the case said Unwin and McFall both demonstrated ‘classic psychopathic traits.’

The court heard that some houses rented out by Miss Nguyen were used for the cultivation of cannabis crops.

However police said after the case that there was nothing to suggest she was involved in the drugs trade, with her role being to find empty properties to let.

These were later used in some cases to grow the class B drug by other people.