FROM disputes over their iconic smiley logo to debate over their 'Rape Me' song, here's a deep dive in the controversies that have plagued Nirvana over the years.

Nirvana fans are bracing for a new fight as baby Spencer Elden from the Nevermind album is suing over claims he was "sexually exploited". 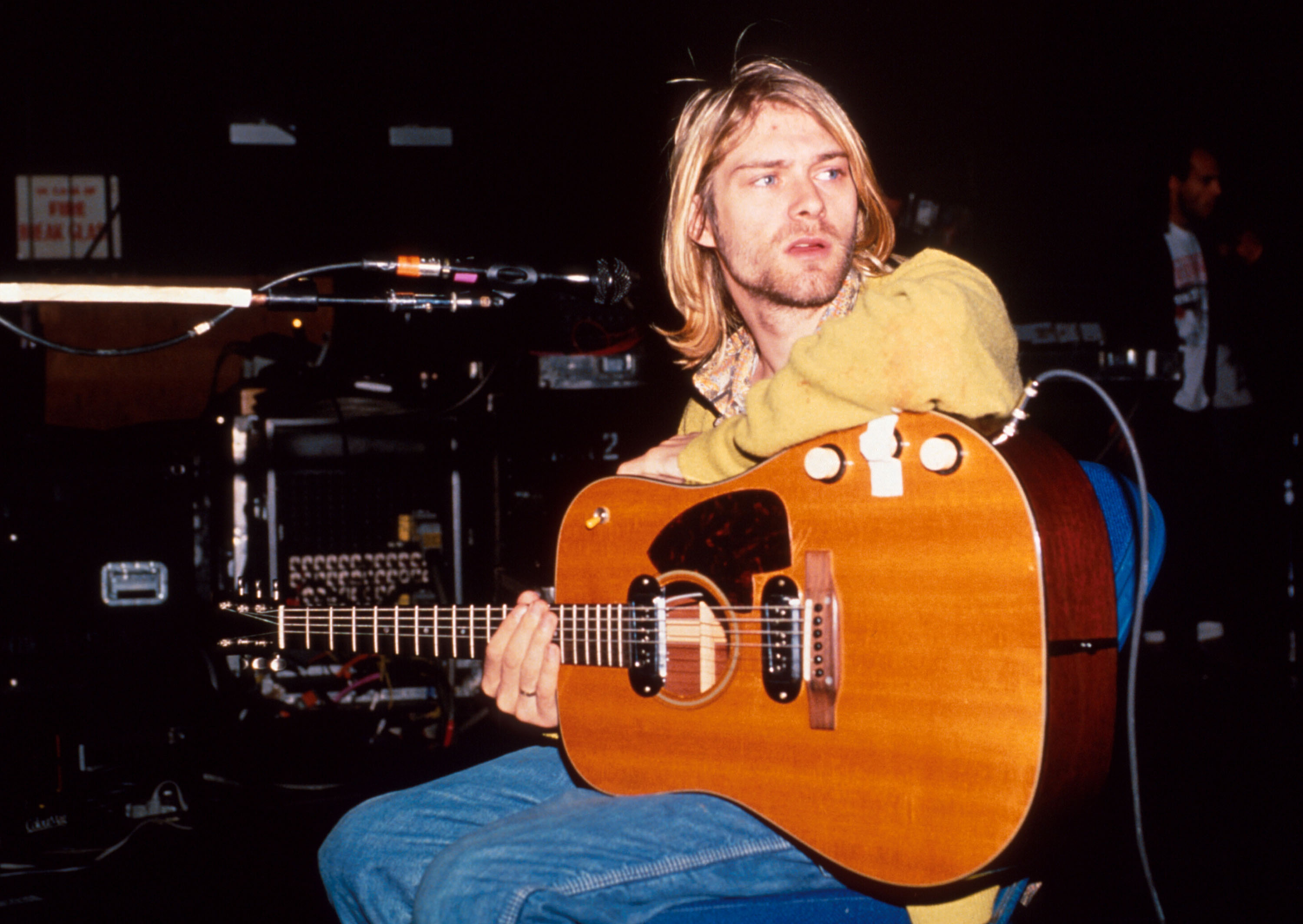 This comes after Robert Fisher – a freelance graphics designer who worked with the 90s band – filed a motion claiming he was the rightful creator and owner to the iconic smiley face logo, and not Kurt Cobain.

In September 2020, Fisher sued the group for "misattributing the illustration to Kurt Cobain", his lawyer Inge De Bruyn told Billboard.

De Bruyn claims Fisher was not aware that, back in 1993, Nirvana, Inc. had registered the copyright for the Happy Face t-shirt design and named itself as the author.

"Robert has always been a rather private person and not one to wear his achievements on his sleeve," De Bruyn said.

"That said, there’s a clear line between people speculating about the origins and authorship of his work, and it being misattributed to someone else.

"Most creative people would object to that. Artists deserve proper credit for their work. Often times, it’s all they get."

De Bruyn said the rule in copyright that the individual creator of a work is to be considered its author and original owner isn't being fulfilled in his client's case.

"That really is the basic premise. ‘Work-for-hire’ as a legal fiction forms a very limited exception to that premise," he said.

"As explained in the filings, we don’t believe that, under the law, this exception applies here.

"The situation is such that if Robert does not assert his rights now, he risks losing them forever."

According to court papers, Fisher was working as an art director at Geffen Records when he began working with Nirvana and became their "go-to person" for almost all of the group's graphic design needs.

He also claims he was asked to design a t-shift for the band in mid-1991, which is when he "started playing around with variations of the smiley faces" that he had drawn in his final year of college.

Nirvana’s attorney Bert H. Deixler told the Los Angeles Times that the claims were "factually and legally baseless" and would be will be "vigorously" challenged.

Last year, Nirvana was involved in another legal dispute over the design with fashion designer Marc Jacobs.

Jacobs was sued by lawyers for representing the band who claimed his company had ripped off the image – a claim the fashion designer denied and countersued. 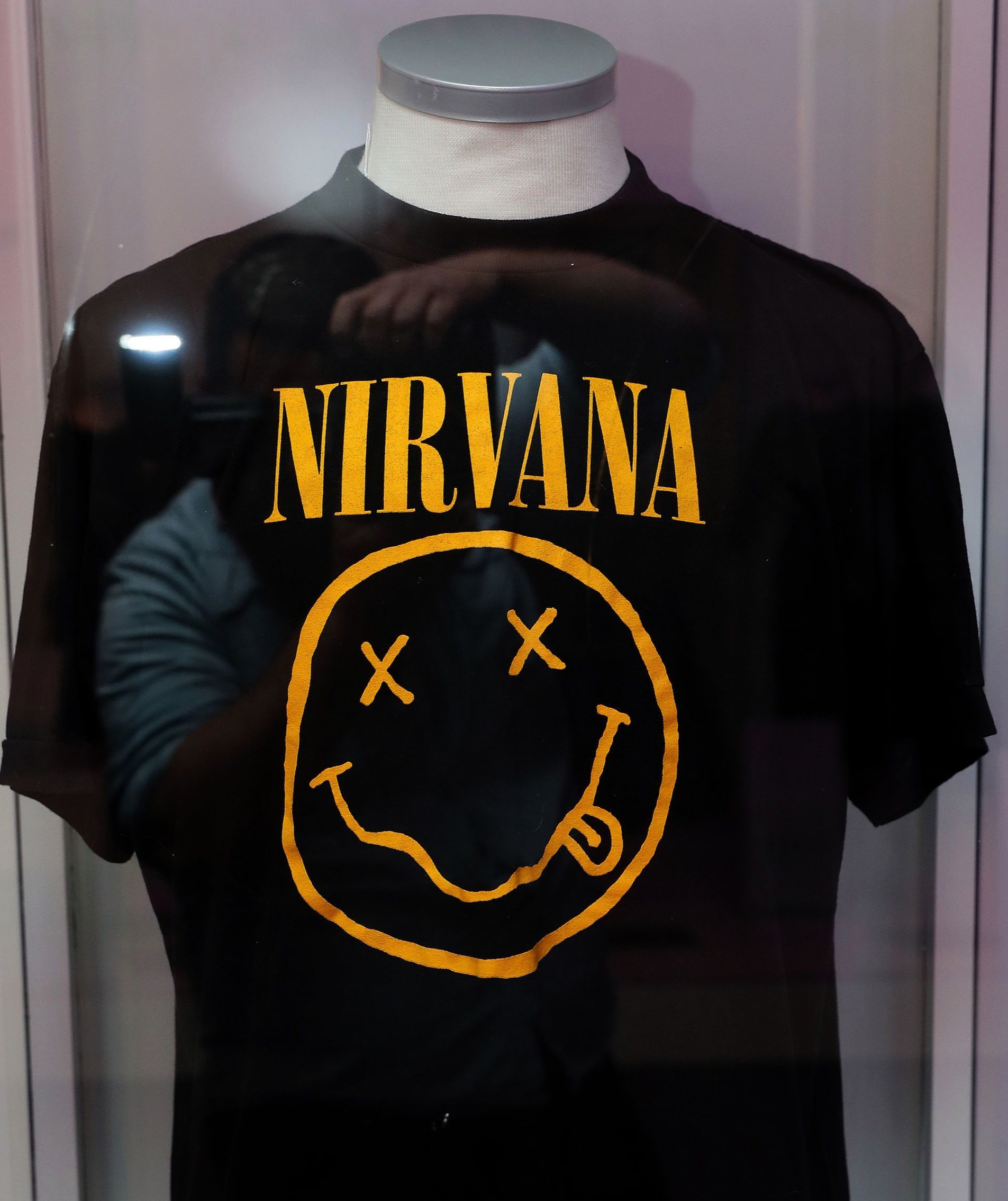 Fast forward 11 months and the man who as a baby featured in Nirvana's iconic Nevermind album cover has accused the band of "sexual exploitation" in a $150,000 lawsuit.

Elden, now 30, is suing the band's surviving members as well as Kurt Cobain's estate, claiming that he could not consent to being pictured on the 1991 album cover.

The famous album cover features a naked baby floating in a pool.

Nevermind is one of the best-selling albums of all time, having sold over 30million copies worldwide.

But now, Elden is claiming that the band violated federal child pornography laws by using his photo and is accusing them of sexual exploitation, according to TMZ.

According to court documents obtained by the outlet, Elden claims he could not – at 4 months old – consent to being in the photo and his legal guardians did not consent either.

He alleges that the band promised that his genitals would be covered with a sticker on the album cover, but that never happened.

The suit alleges that appearing nude as an infant on the cover art has led to "lifelong damages" for Elden.

The lawsuit also names photographer Kirk Weddle and the labels behind the album's release.

Weddle was a friend of Elden's father, Rick, who told NPR in 2008 that the photographer invited him to a shoot on a whim and they ended up with one of the most iconic album covers of all time.

Elden recreated the image years later and even has the word Nevermind tattooed on his chest.

He appears to have changed his tune about the album in recent years.

In 2015, online retailers stopped selling merchandise with Cobain's suicide letter printed on them following a petition claiming it was "glamourising" mental illness and compared the shirts to "depicting a plane crashing into the World Trade Center".

Cobain's letter was printed in full on shirts for sale on eBay and Etsy but were removed after they gained attention on social media.

Julian Godlnez, who launched the petition, said it was"a huge insult and slap to the face toward the legend Kurt Cobain himself" as it was to people suffering mental illnesses such as depression, anxiety and self image dyphoria.

He continued: "Mental illness and suicidal behavior is not a fashion statement, and it is not meant to be glamorized or flaunted about on a t-shirt.

"These shirts do nothing but encourage impressionable minds that these tendencies and behaviors are something to be displayed proudly or as some sort of cool status.

"Wearing this merchandise is no different than wearing a shirt with a depiction of a plane crashing into the World Trade Center."

Cobain died in 1994 after a long battle with heroin addiction and depression.

He was sent to rehab following an accidental overdose but escaped and was found dead a week later in April 1994 from a self-inflicted gunshot wound.

The coroner ruled that Cobain – 27 at the time, and father to one-year-old daughter Frances Bean Cobain – had killed himself.

A high concentration of heroin and a small amount of diazepam were found in Kurt's body.

In a letter sent to the FBI by a crazed fan, they claimed there were "a lot of unanswered questions and consistencies" surround the Seattle police department's findings.

An FBI officer dismissed those claims in part, saying no evidence pointed to federal law being broken, clearing the Seattle police. 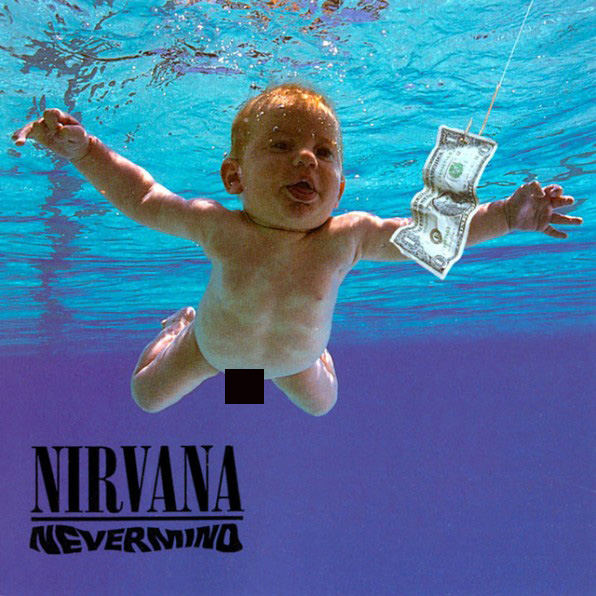