AN AMAZING new book opens the doors to some of North Korea's "frozen in time" hotels – complete with neon karaoke rooms, revolving restaurants and groovy bars.

The publication gives a fascinating and extremely rare glimpse into the luxurious lifestyle some tourists are allowed to enjoy inside Kim Jong-un's highly-secretive kingdom. 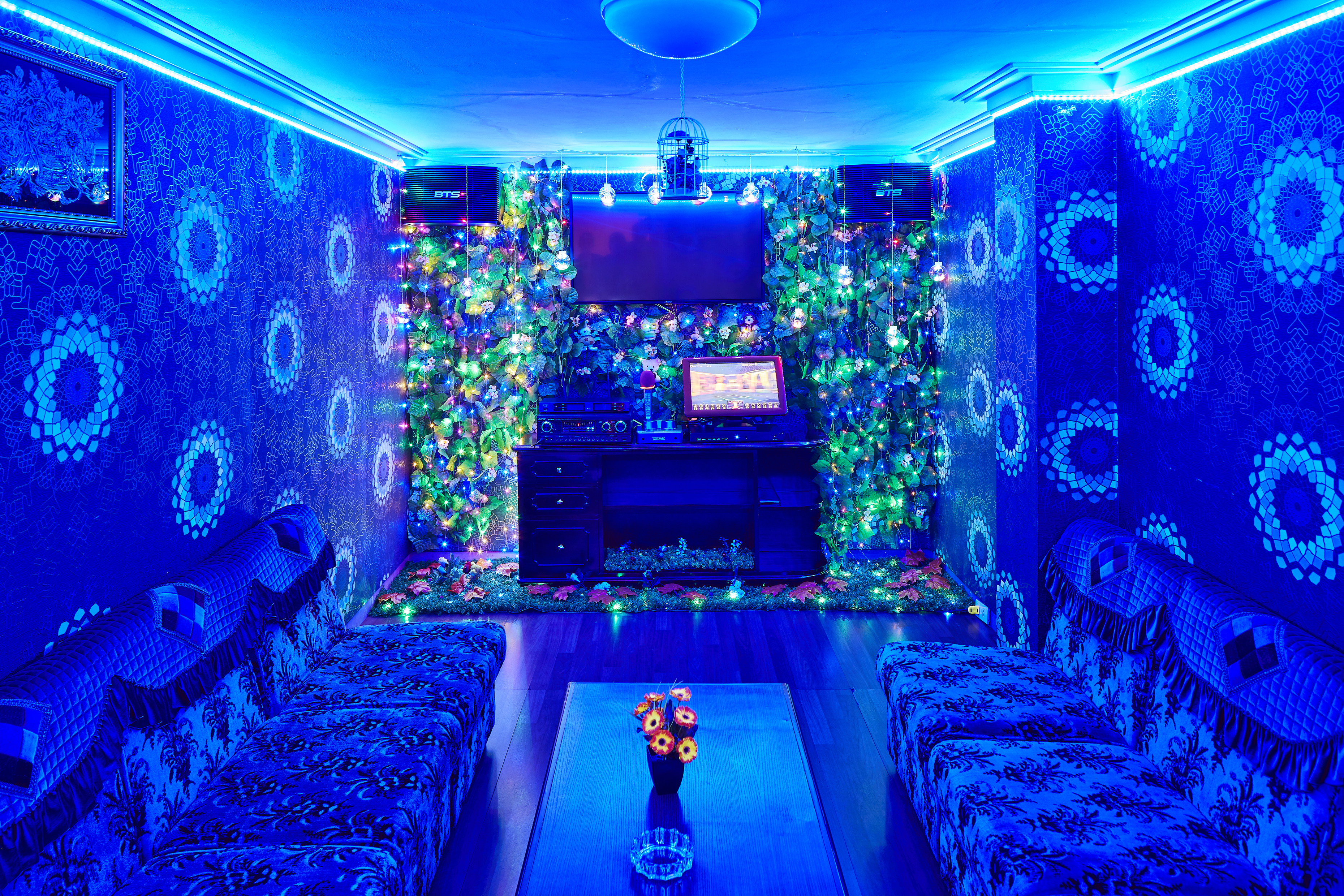 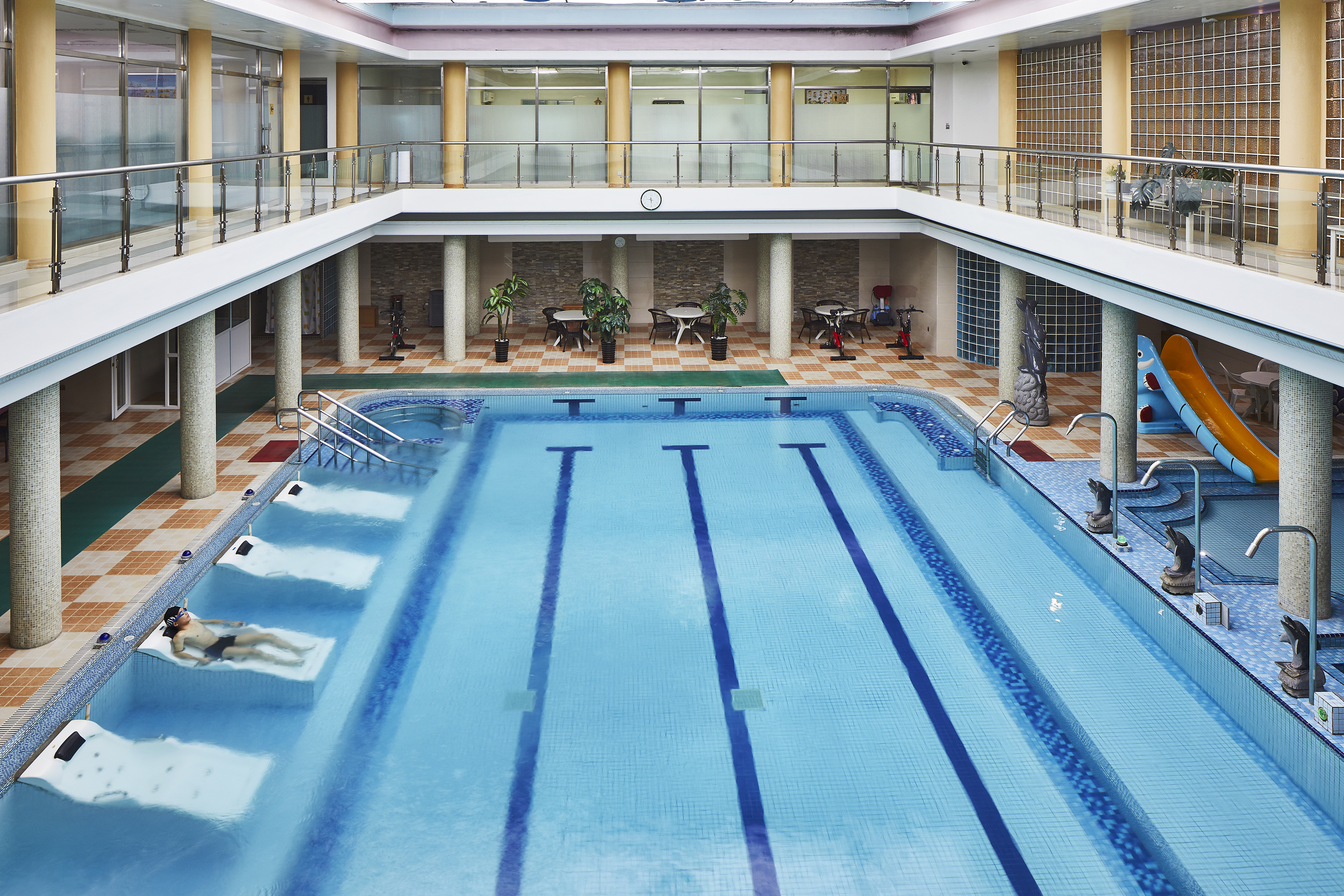 For author James Scullin – who has visited the rogue state eight times -hotels were always the highlight ofhis trips as they gave him a chance to meet people in a relaxed, if often unusual, setting.

"So much of the world is globalized now. There are so few places you can go to that have a bespoke culture and look and feel," he said.

Hotels of Pyongyang – by Scullin and photographer Nicole Reed – gives readers a peek at some of the capital's most glamorous and often gloriously outdated places to stay.

The pair spent five days together in the sprawling city photographing 11 hotels and also the people who work within their walls.

Australian Scullin was able to use his connections as a former tour guide to secure visas and state permission to visit those places that currently cater to tourists. 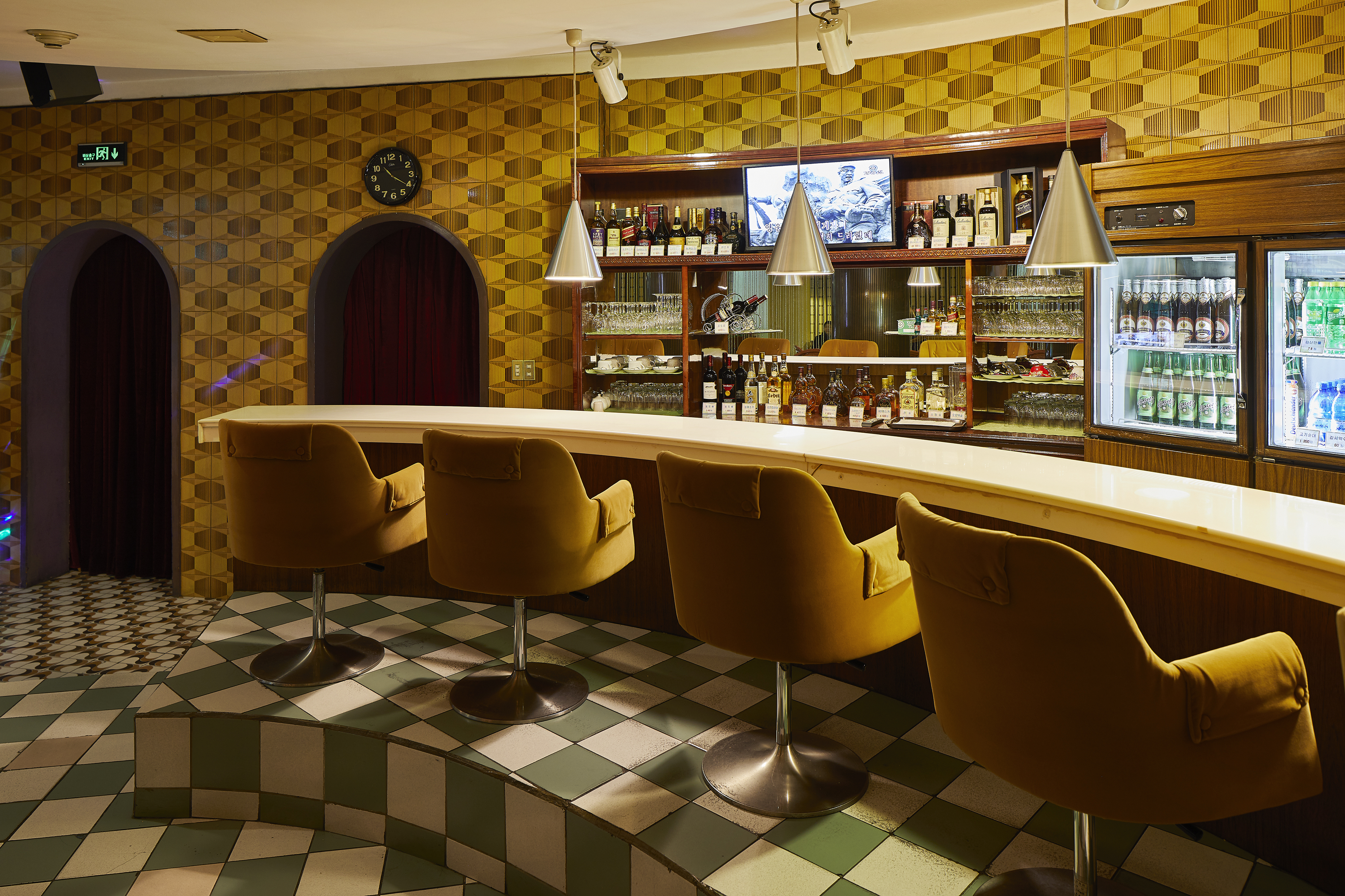 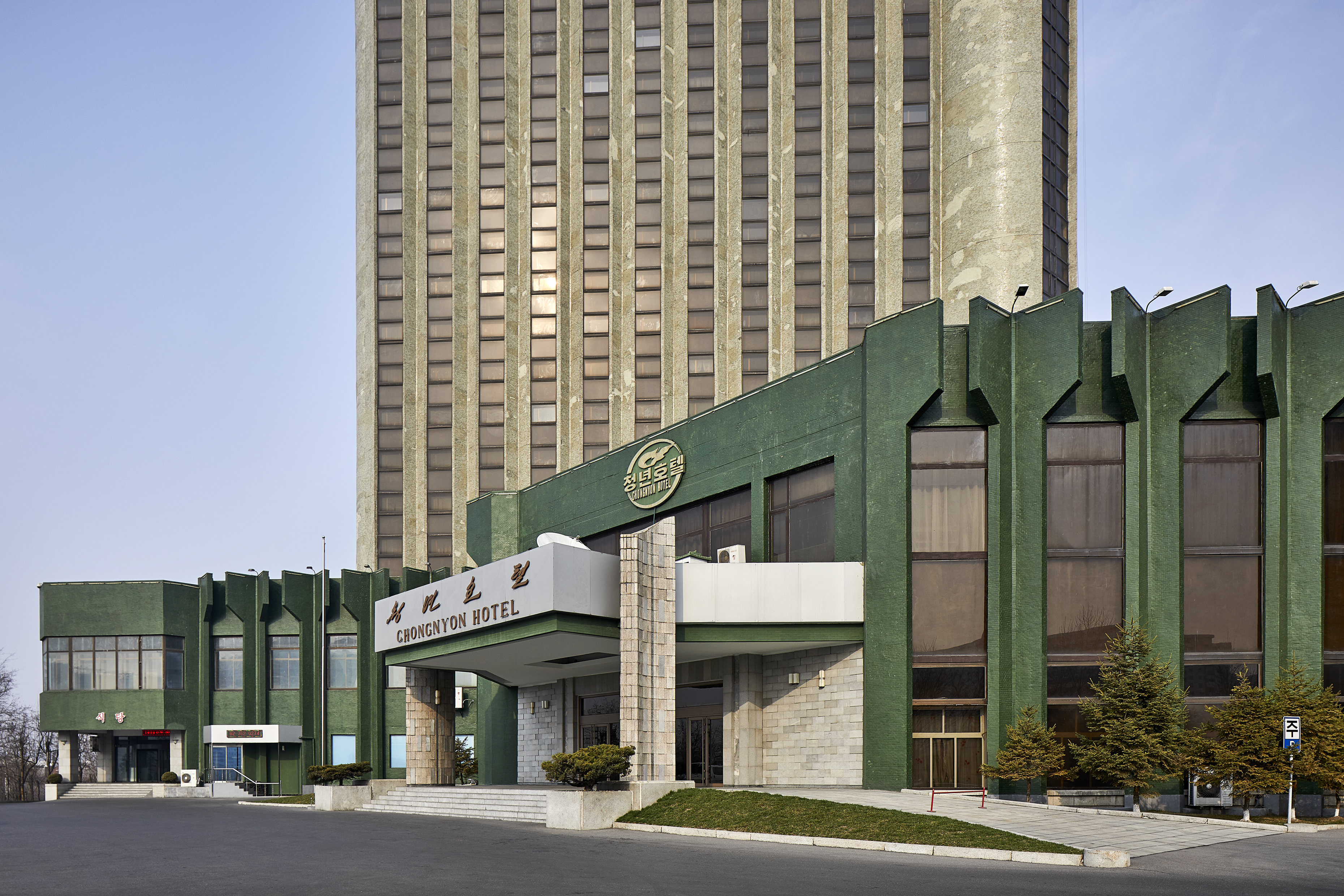 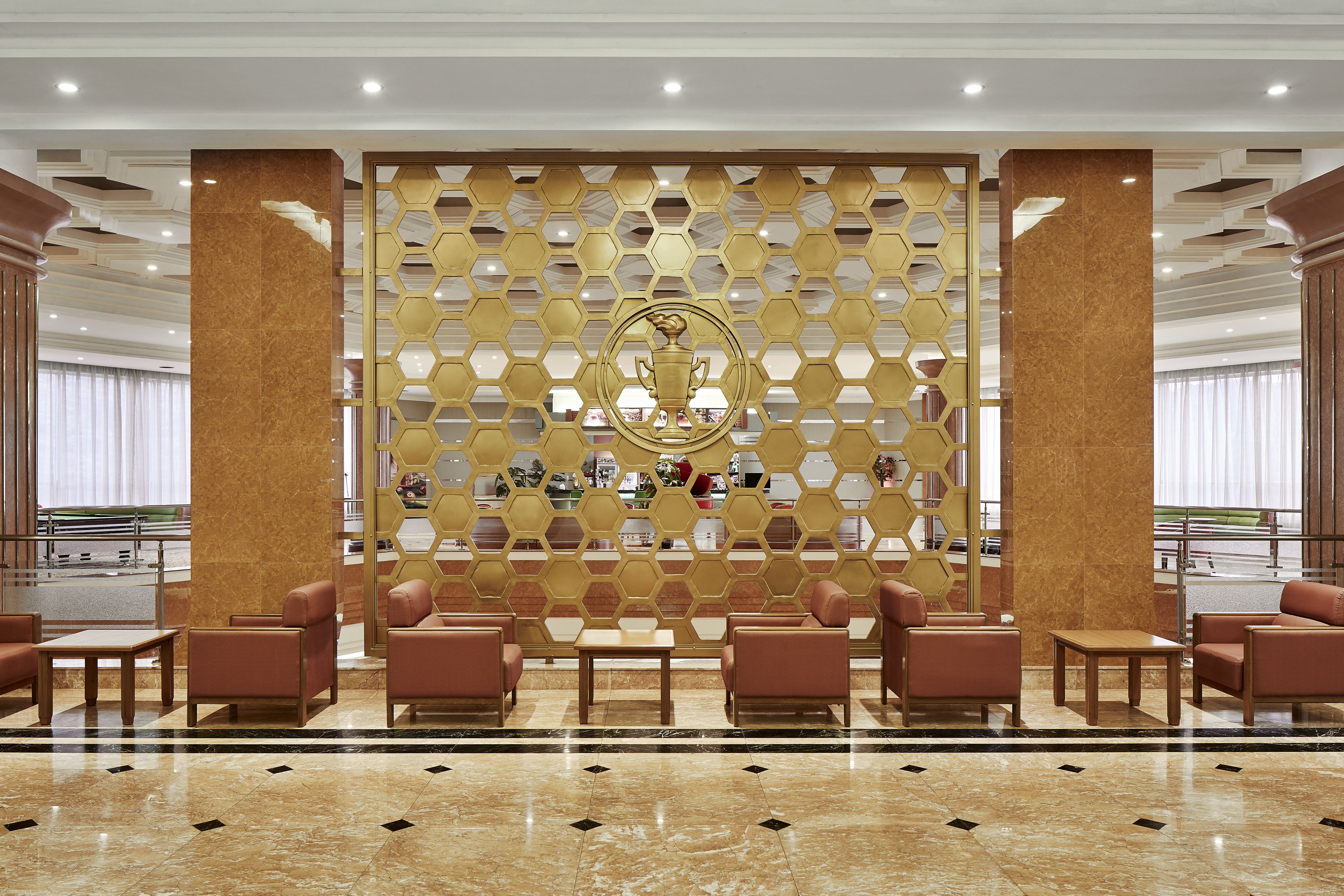 “I chose to do hotels as the centrepiece for the project as access to the hotels is not really a political matter…meaning the project was possible without excessive red tape," he said.

He revealed that one of his favourite places was the karaoke rooms in the incredible Koryo Hotel.

He told MailOnline Travel: "It's very kitsch and psychedelic. It has three different types of floor tiling and each wall has different wallpaper.

"It has beads that hang from the ceiling, which give off a 70s vibe, while the futuristic swivel chairs at the bar look like something out of the Jetsons.

"It's interesting to imagine that someone designed this room unaccredited without ever having travelled overseas or having been exposed to other countries that aren't North Korea." 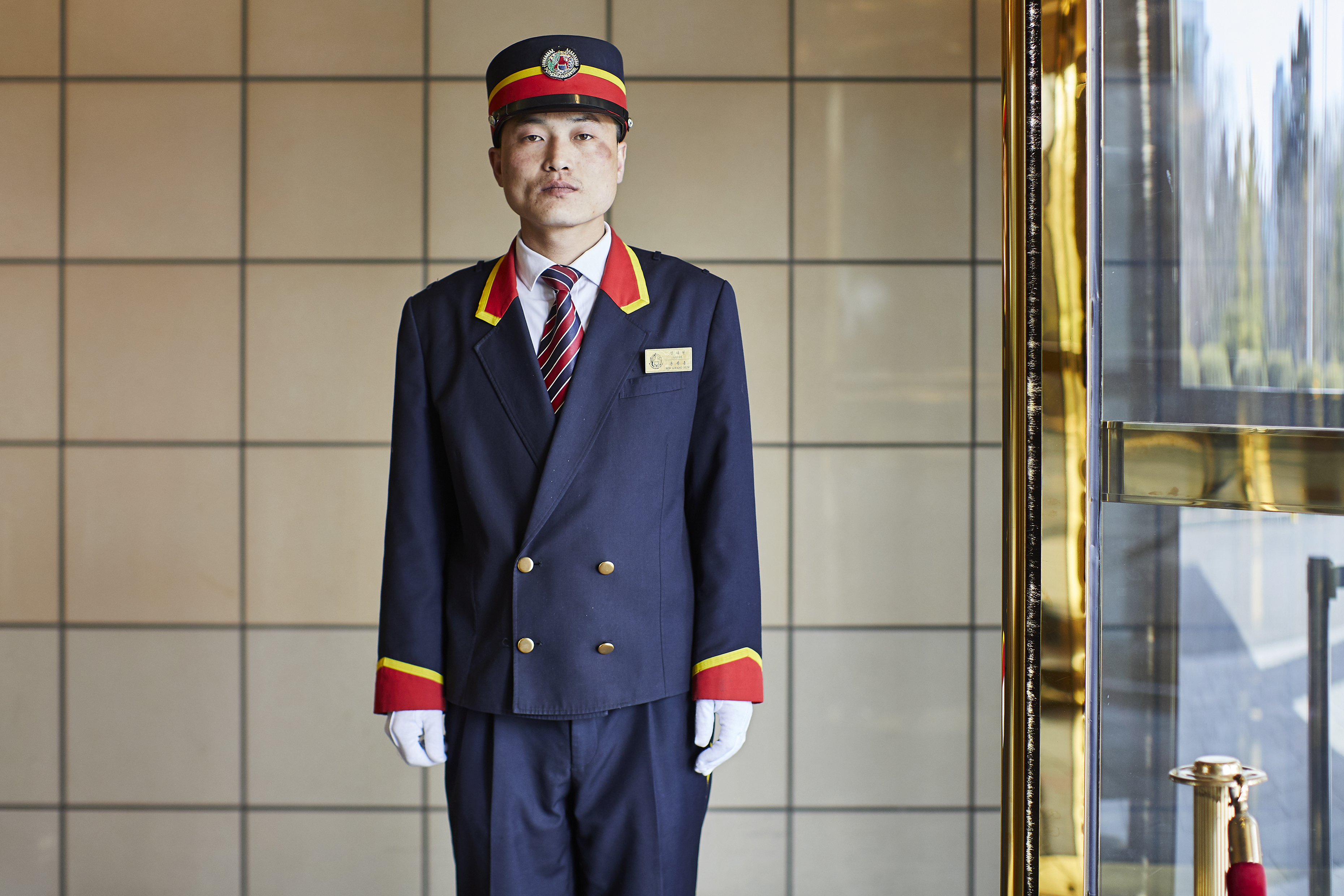 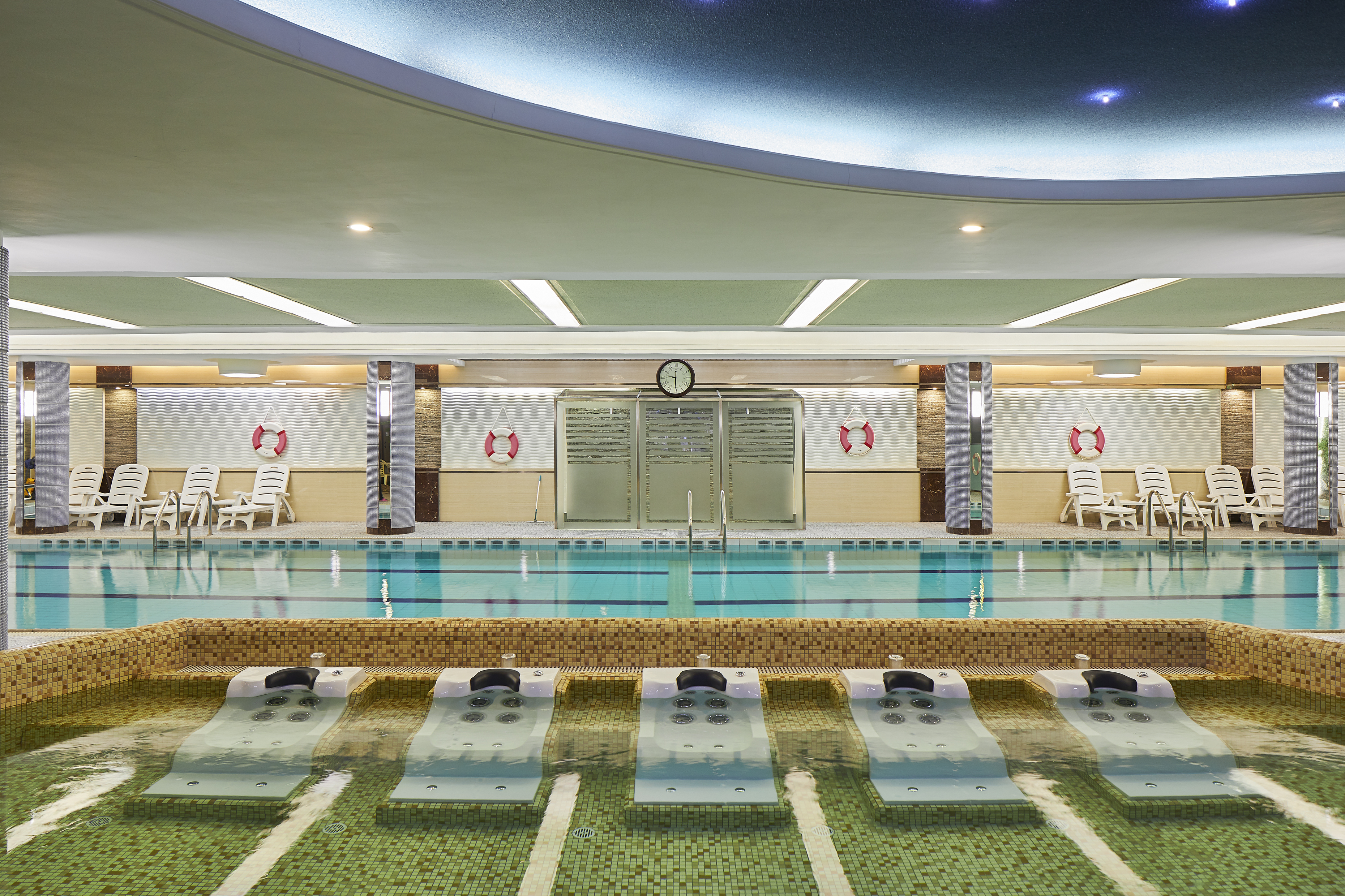 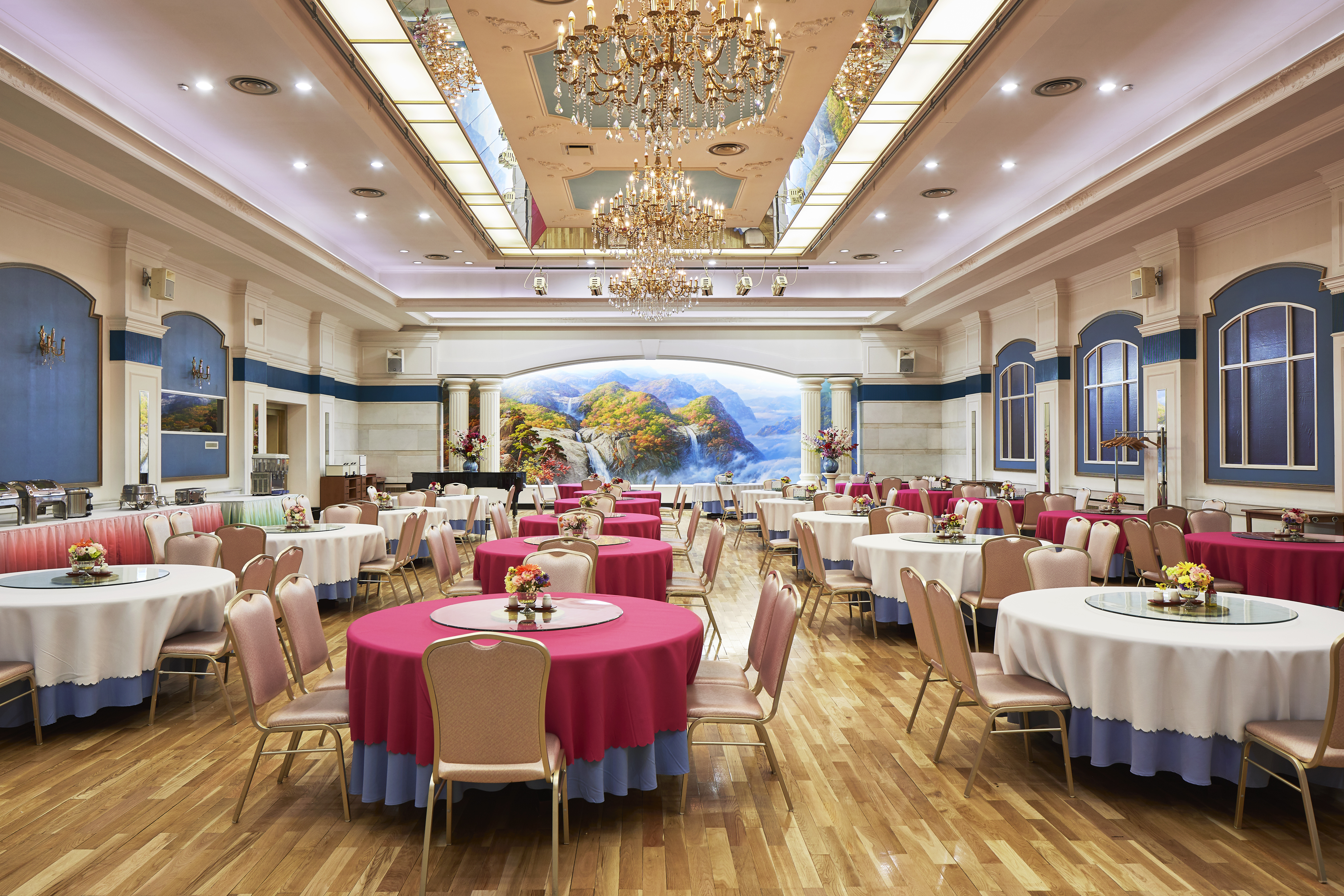 He added: "I wanted to personally explore these hotels, but also document these hotels in Pyongyang that service international travelers."

The author also revealed how one of the amazing hotels he visited left him in a real spin.

He said: "The Koryo Hotel is considered the most deluxe of the hotels and with a revolving restaurant, it's a nice place to have a drink and check out the Pyongyang skyline."

The hotels have many five star amenities and pools were "nearly everywhere " but there is no room service and Wi-Fi is a very rare commodity.

And despite the fact that all the hotels in the country are state-owned each clearly prides itself on having its very own unique identity. 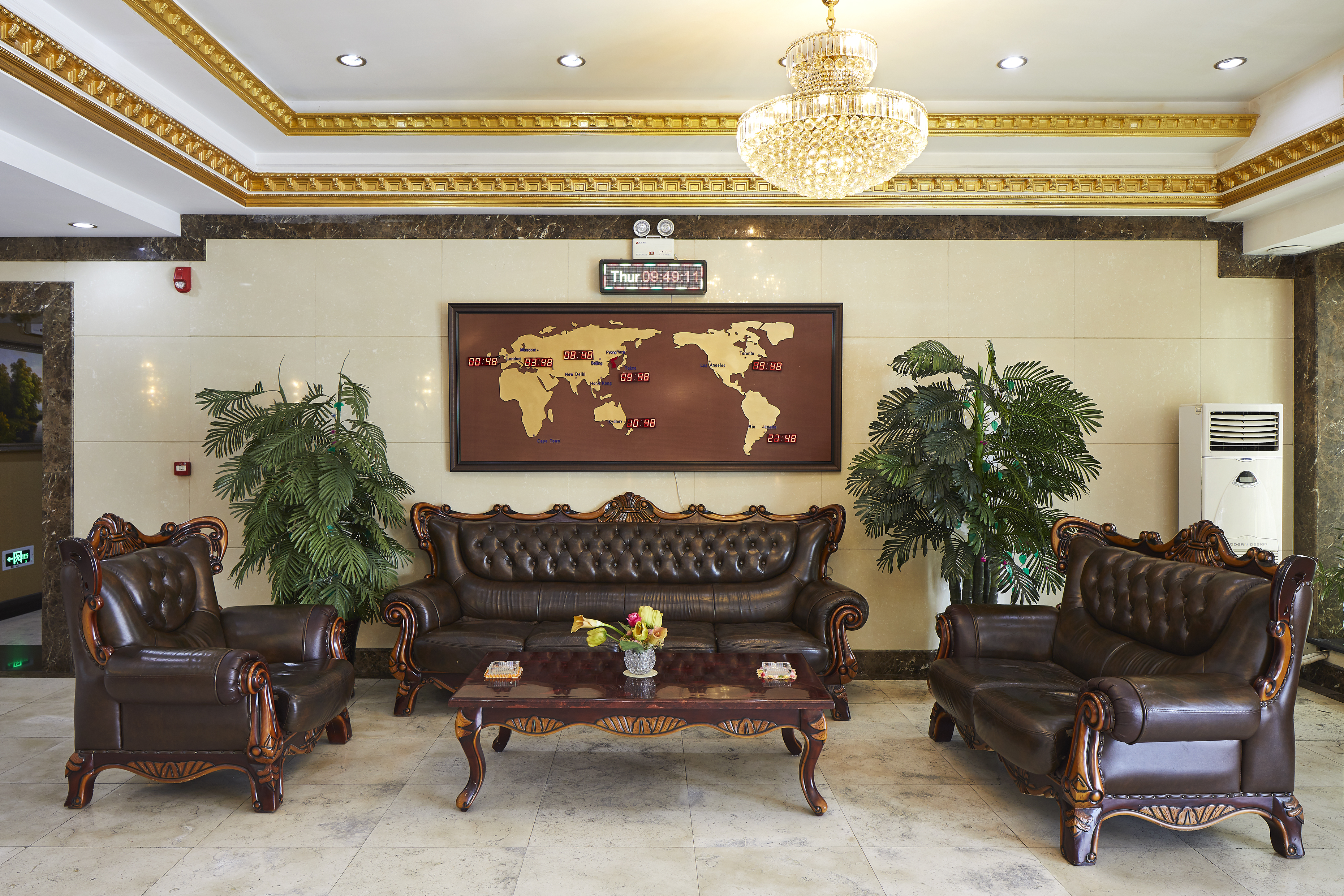 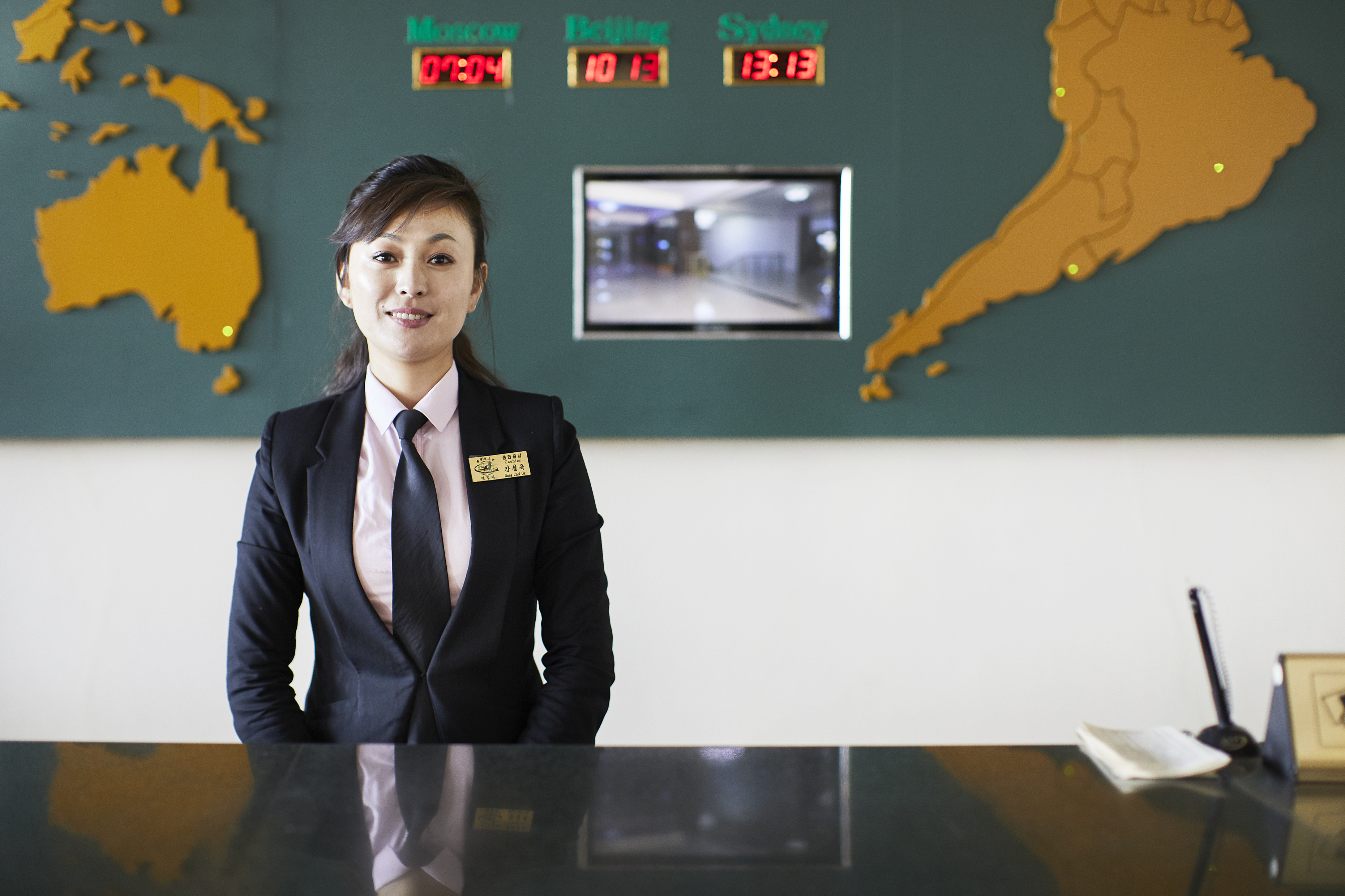 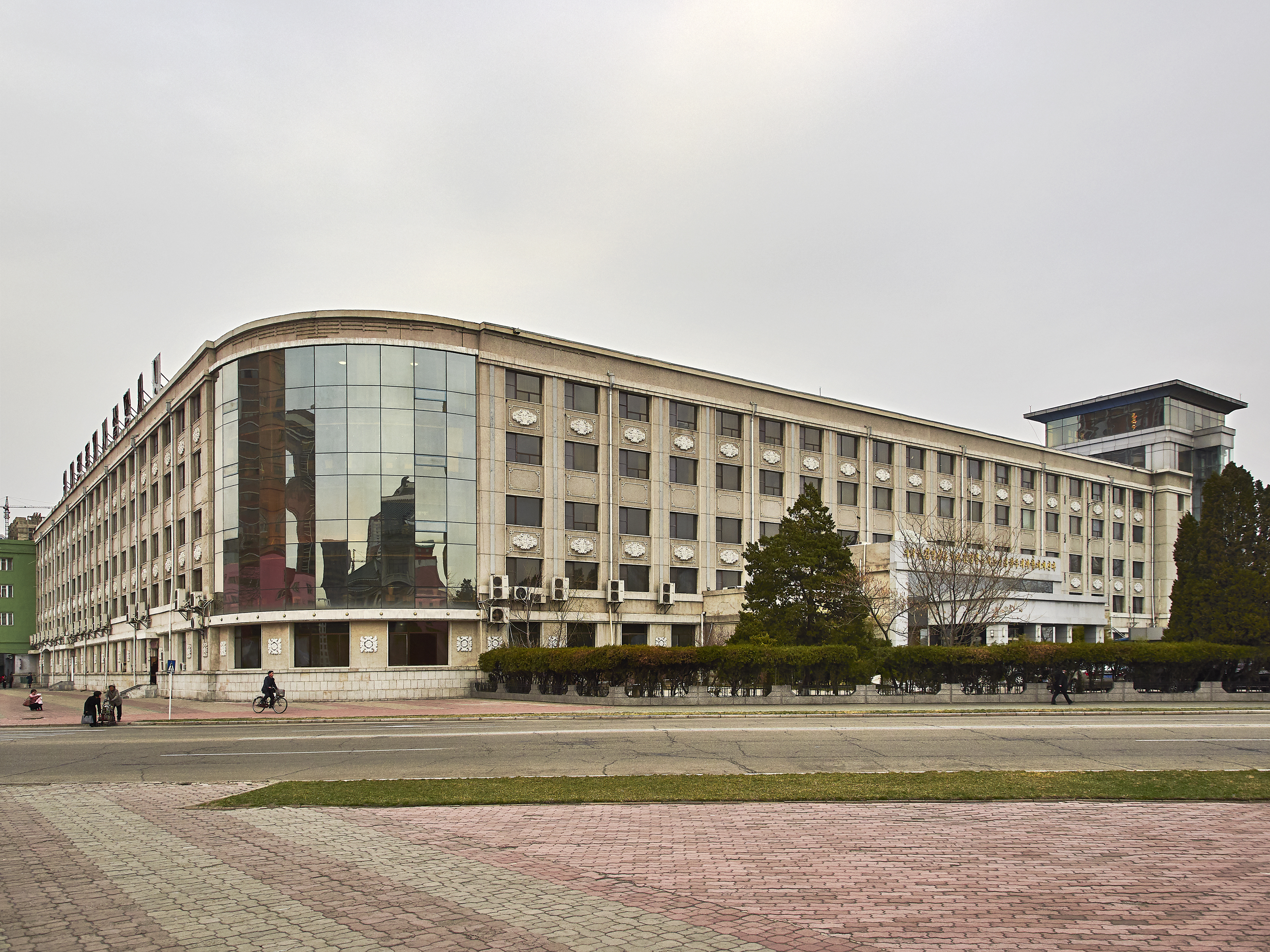 "Creativity exists under any circumstance," said Scullin. "The hotels are, in essence, an excuse for someone to let those ideas out."

"With regards to clothing, behaviour and street life, North Korea is rather uniform.

"However, within these hotels, individuals have been given license to design dining halls, lobbies and karaoke rooms in a unique fashion.

"This is also from individuals who have not been particularly exposed to the rest of the world, meaning a lot of aesthetic is without influence."

Scullin was living and working in Beijing when he first ventured into North Korea as a tourist in 2012.

He said: "I've always had an interest in countries with a Soviet past. They have such different cultures and aesthetics than we do in the West.

"Also, the fact that North Korea is so isolated makes it fascinating to see how a country develops outside of the globalised world."