Inside Putin's 'secret' daughter's luxury penthouse up for rent 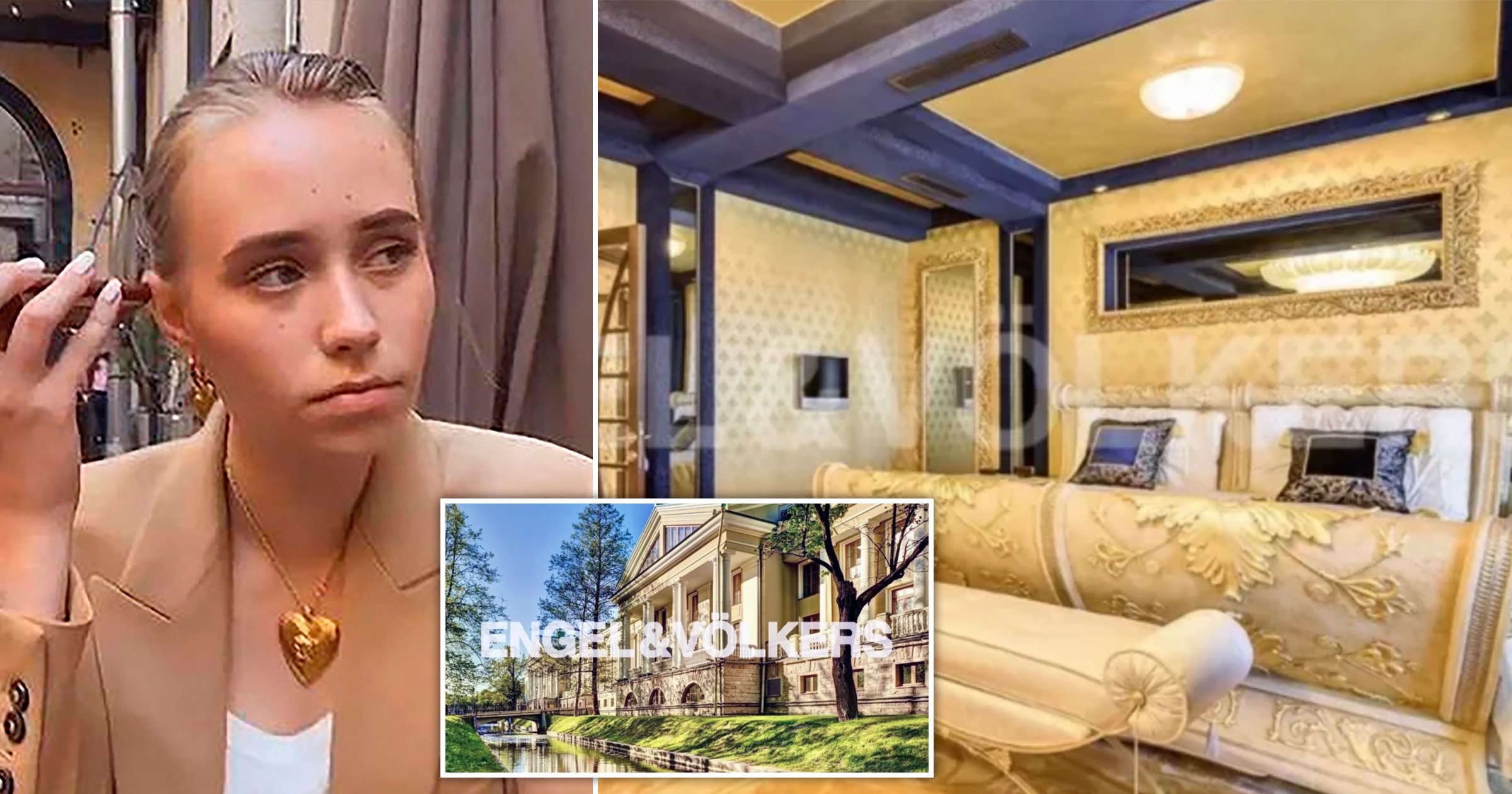 Pictures from inside the luxury home of Vladimir Putin’s ‘secret daughter’ have been revealed for the first time.

Her cleaner-turned-millionaire mum, Svetlana Krivonogikh, had been romantically linked to Putin in the late nineties and early noughties.

The 47-year-old is now trying to rent out her luxury St Petersburg penthouse apartment, which is home to her and Rozova.

The listing also revealed that rent costs £7,700 a month, including assets.

A garage and special waiting room for drivers and security staff can be found on the ground floor.

The first floor, which overlooks the River Neva, features a giant chandelier in the hallyway.

A flight of stairs then leads up to a giant gold-plated bedroom and a playroom.

More luxury comes on the third floor of the penthouse, where an Italian designer sun lounger ‘covered with gold foil’ sits alongside a home cinema.

The apartment is located at 2nd Berezovaya Alley, in an area known as the city’s ‘Golden Triangle’.

The UK has joined EU and US sanctions against them in a bid to undermine their ‘lavish lifestyles’.

Rozova, so far, has escaped a similar fate.

But it is thought many of her neighbours have been hit with sanctions.

Apartments in her complex belong to a whole slew of Putin’s known allies.

While neither Rozova or her mother were explicity named by Engel & Volkers’ advert, their living arrangements were previously revealed due to a leaked food order.

Details from a hacked food courier database showed deliveries had been made to Rozova.

BBC Russia then confirmed the link through registry papers.

Last month, the 19-year-old closed her Instagram account after her comment section was flooded with insults describing her as ‘daughter of the devil’ and as a ‘war criminal’.

Another comment read: ‘She is guilty of passive complicity. It is the same as most of the Germans in the Nazi period.’

Prior to the war, the teenager ran her own Russian fashion label.