THIS is the invisible killer gas that causes lung cancer and could be lurking in YOUR home.

Radon, a natural radioactive gas that comes from decaying uranium in rocks and soil, is rife in areas along the south west of England and Wales. 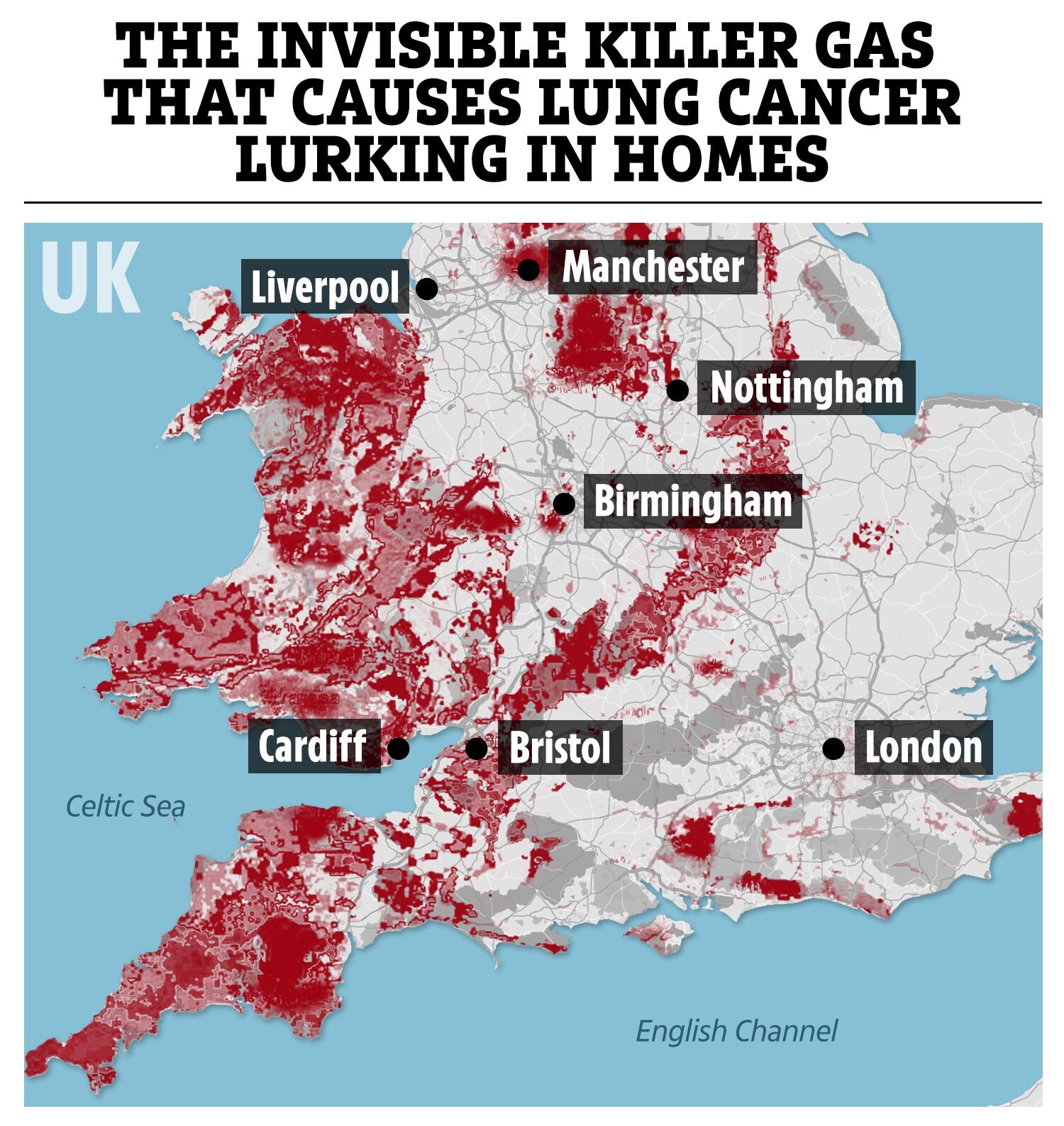 Above-average levels of radon radiation in Cornwall remain a silent and invisible killer – as the colourless and odourless gas is the second-highest cause of lung cancer.

According to the Government, radon is the largest and most variable contributor of radiation dose to the general population.

The majority of homes in Cornwall are in the highest category of radon-affected areas thanks to a large granite presence, reports CornwallLive.

This means that some people living in homes pose a greater risk of radiation absorption compared to if they were working in a nuclear plant.

The worst affected areas in the region include Penzance, Bodmin Moor, St Austell and Camborne, Redruth, and Helston.

And at least one per cent of homes have levels of radon above the 'Action Level' – which means preventative measures should be put in place.

The Yorkshire Dales is also in the top band – because of the type of ground surrounding it.

The longer that someone is exposed to radon, the greater the risk becomes.

And the greatest risk is posed to people who are already smokers who live in the high-radiation area.

There are many ways that people can reduce the radon levels in their home – including sealing around loft hatches and sealing large openings in floors.

People can also create extra ventilation in their homes in order to reduce radon levels.

Radon sumps, with a fitted fan underneath floorboards, is seen as an effective way to reduce levels – as the fans blow fresh air into buildings.

Radon is an odourless and colourless radioactive gas.

It is formed by the radioactive decay of the small amounts of uranium that occur naturally in all rocks and soils.

Radioactive elements decay and emit radiation. Any exposure to this type of radiation is a risk to health – radiation is a form of energy and can cause damage in living tissues increasing the risk of cancer.

According to Public Health England, radon causes more than 1,100 deaths from lung cancer each year in the UK.

Every building contains radon but the levels are usually low – and the chances of a higher level depend on the type of ground.

The radioactive elements formed by the decay of radon can be inhaled and enter our lungs.

Inside the lungs, these elements continue to decay and emit radiation, most importantly alpha particles.

These are absorbed by the nearby lung tissues and cause localised damage. This damage can lead to lung cancer.