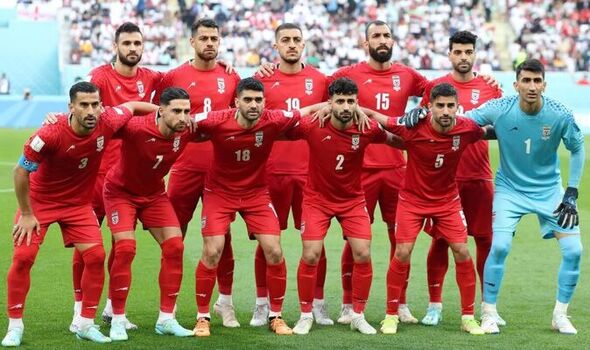 Speaking on November 21 at the National Unity party faction meeting in the Knesset, Gantz said: “Iran is looking to preserve instability as a constant thing. At a time when the world around it is stable and thriving — this is the opposite of what is happening inside Iran.

“The World Cup is likely to be one of those events in which it tries to cause instability.”

The warning comes after the Iranian football team refused to sing their national anthem in an apparent show of solidarity with protestors demanding equality in a country with a history of state-led violence against women.

Most recently, protests erupted across the country after the death of the 22-year-old Iranian woman Mahsa Amini.

Amini died in a Tehran hospital this September after being held in custody by The Guidance Patrol, the religious morality police of Iran’s government.

Amini was arrested for not wearing her hijab in accordance with government regulation.

Her death was the last straw for Iranian women who began protesting the morality police’s grip on their daily lives through the police women’s dress.

Gantz’ comments on the threat Iran poses in the region speaks to the fear that with protests raging in defiance of Government laws the leaders are keen to exert control outside the country.

Iranian expansionism is perceived as a threat to regional stability, particularly the burgeoning relations between Israel and Gulf nations like Saudi Arabia.

Qatar was the first nation in the Arabian Peninsula to establish trade relations with Israel, forming the alliance in 1996.

This year, the first direct flights between Qatar and Tel Aviv are running to ferry football fans to the stadium.

Gantz’ message to watch Iran this World Cup mirrors that of The head of Military Intelligence General Aharon Haliva.

He said: “The death toll, the attacks on national symbols — this is very troubling for the regime, especially combined with sanctions, the existing international pressure, and the difficult economic situation.”

Oslo based human rights organisation Iran Human Rights (IHRNGO) said today that at least 416 protesters including 51 children have so far been killed in the Iran protests.

With large crowds and the world watching, Haliva added: “I am telling you that the Iranians are now considering attacking the World Cup in Qatar as well.”

“The only thing holding them back is how the Qataris will react.”