Home » World News » Is it illegal to teach Juneteenth in schools?

Is it illegal to teach Juneteenth in schools?

JUNETEENTH commemorates the end of slavery in the United States and is regularly observed with celebrations of Africa-American culture.

The date June 19 officially became a federal holiday after President Joe Biden signed it into law. 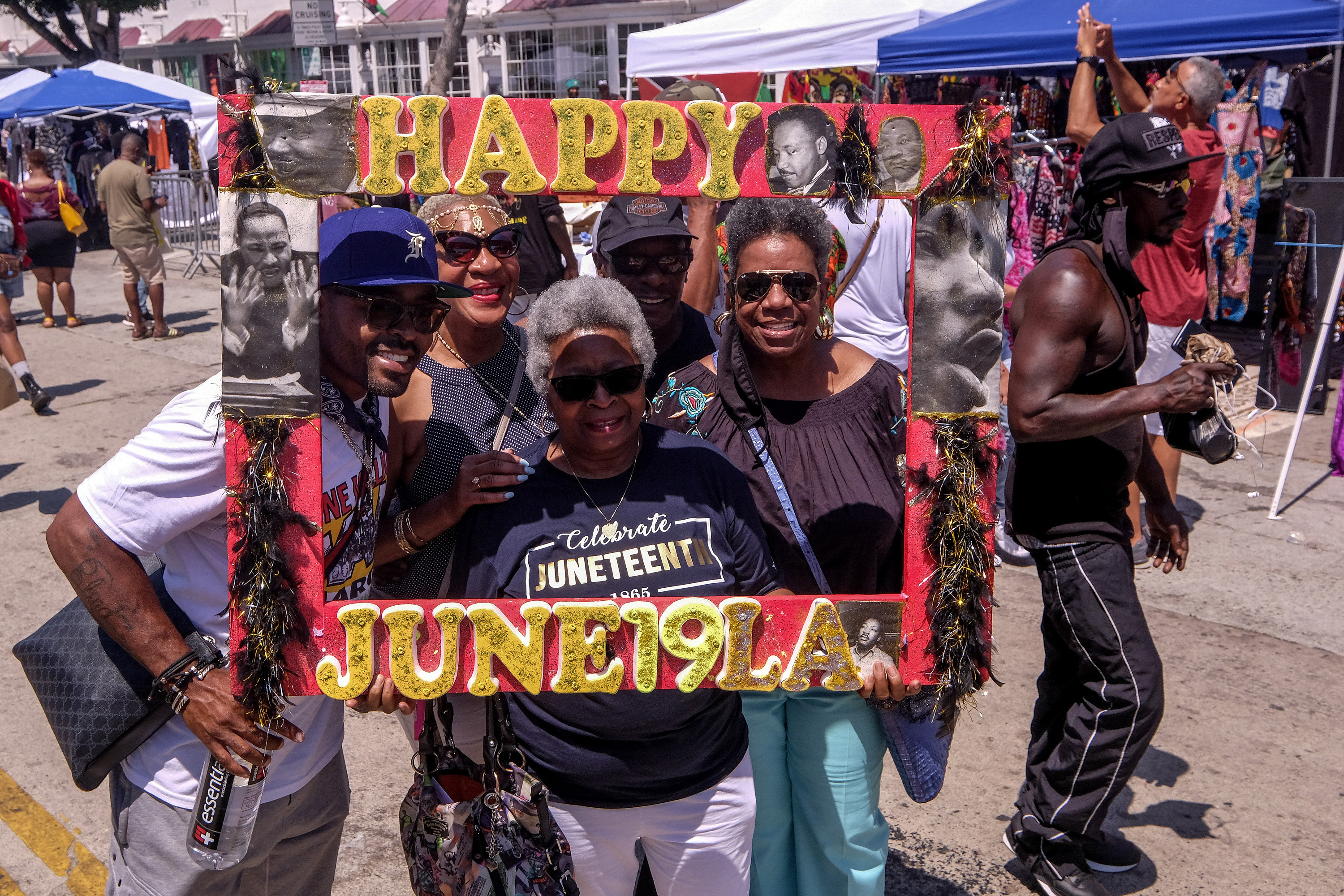 Is it illegal to teach Juneteenth in schools?

Although the teaching of Juneteenth is not necessarily illegal, five Republican states have constructed legislation that prohibits the teaching about structural racism.

The restrictions on teaching critical-race theory in the American education system make it difficult to teach the history ofJuneteenth.

In the 21st century, students are exposed to many different viewpoints whether it's on or offline, which makes them prone to accept what they read.

Teachers and lawmakers in the US caution students constantly against taking what they read online – since some websites may be propaganda mills or recruiting grounds for the unwary. 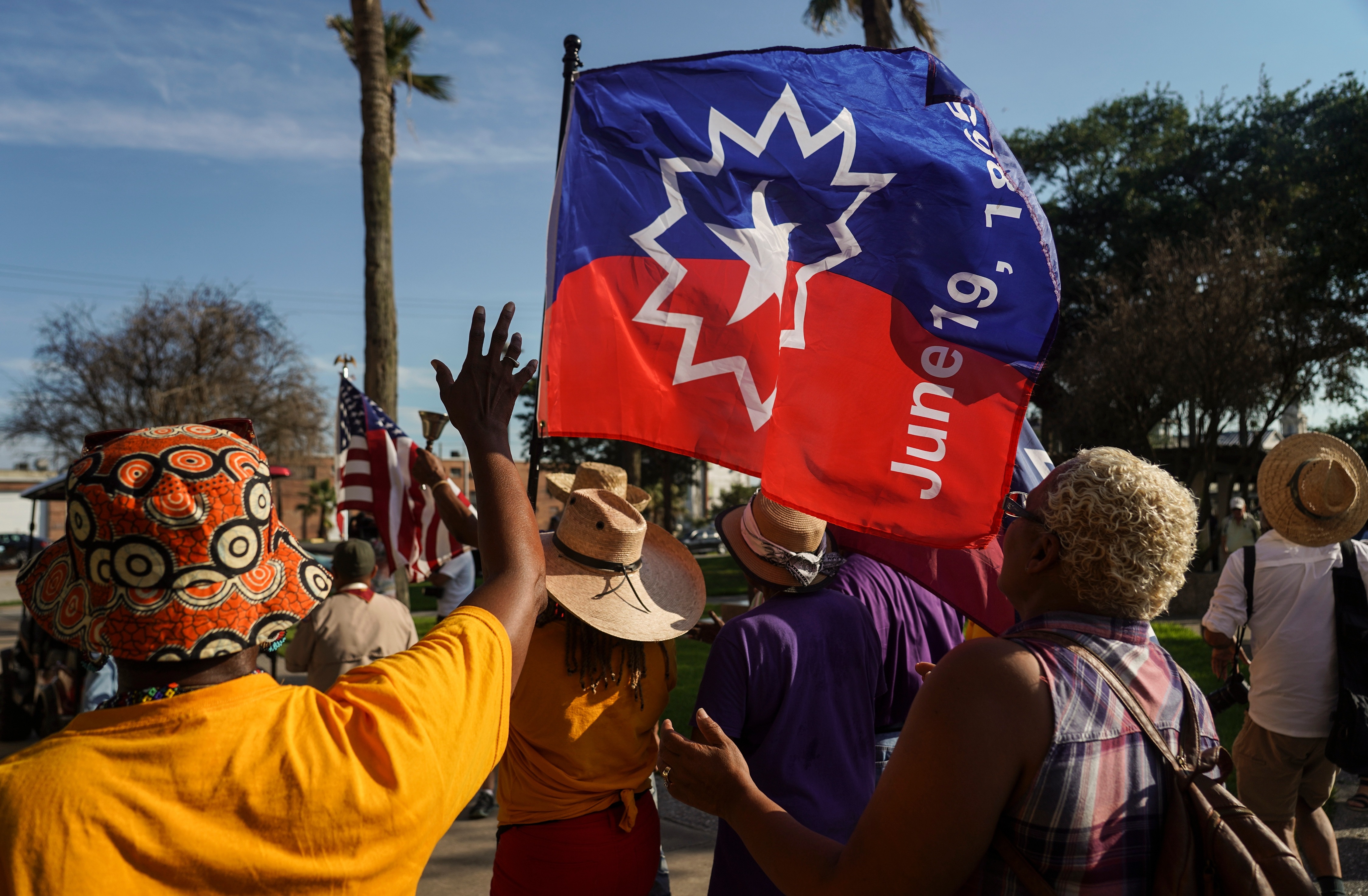 In the American education system, the horrors of slavery and those who participated in it are often recognized.

However, any examination of slavery's centuries-long effect is met with combative pushback.

Many GOP leaders and school boards have put critical race theory in their crosshairs.

These oppositions make the teaching of topics like Juneteenth more difficult to come by.

Still, despite the efforts of some, there is also renewed public support for teaching about Black History and racism through the exploration of Juneteenth and other experiences and events. 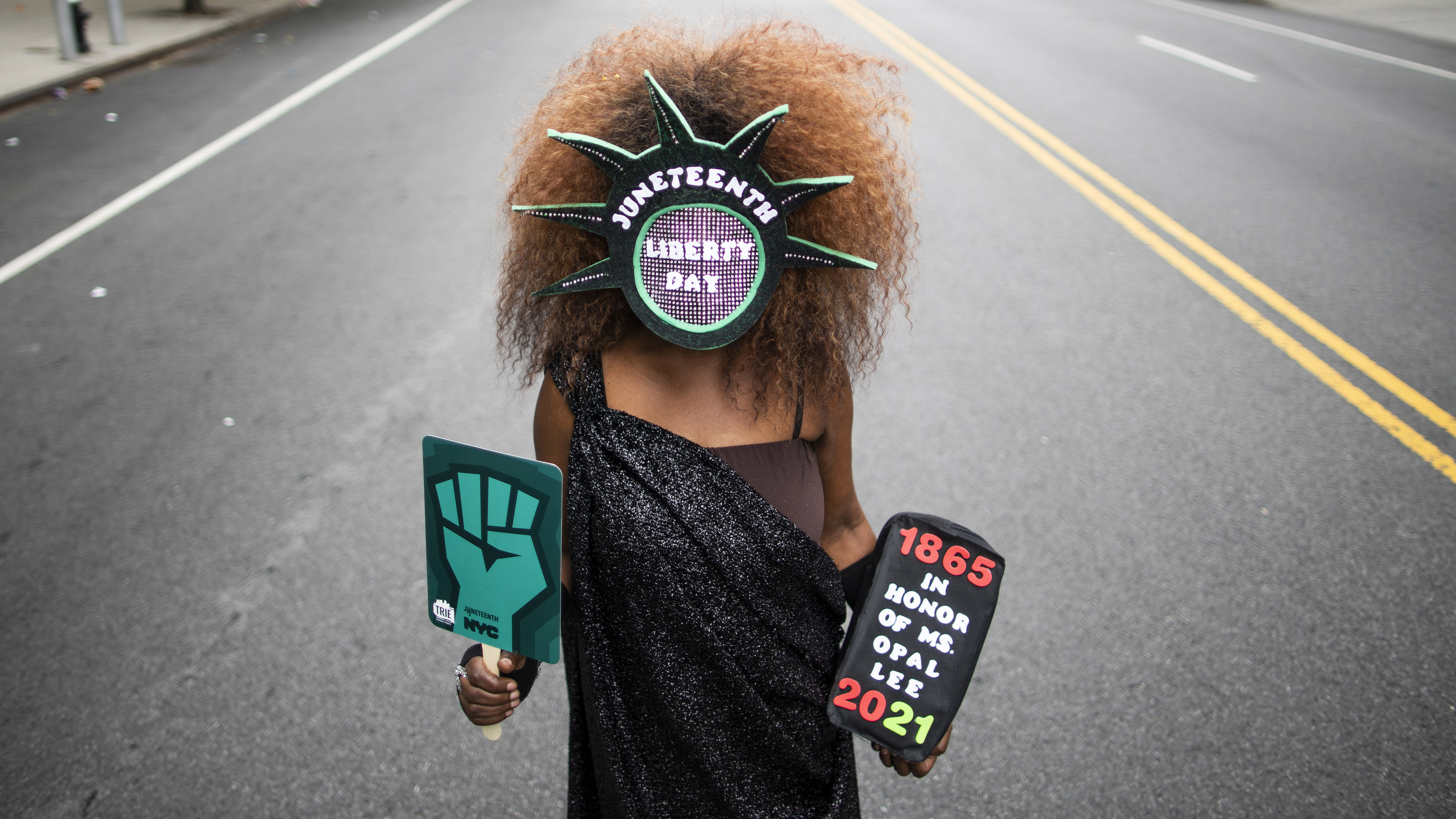 Events such as the killings of George Floyd, Breonna Taylor, and others resulted in protests across the nation and sparked a renewed interest in civil rights, freedom and Black history in the US.

What states have banned the teaching of Juneteenth?

Currently, five states prohibit the teaching about structural racism, as legislation is underway in at least 15 more states.

Oklahoma's law mandates that lessons should not make an individual feel "discomfort, guilt, anguish or any other form of psychological distress on account of his or her race." 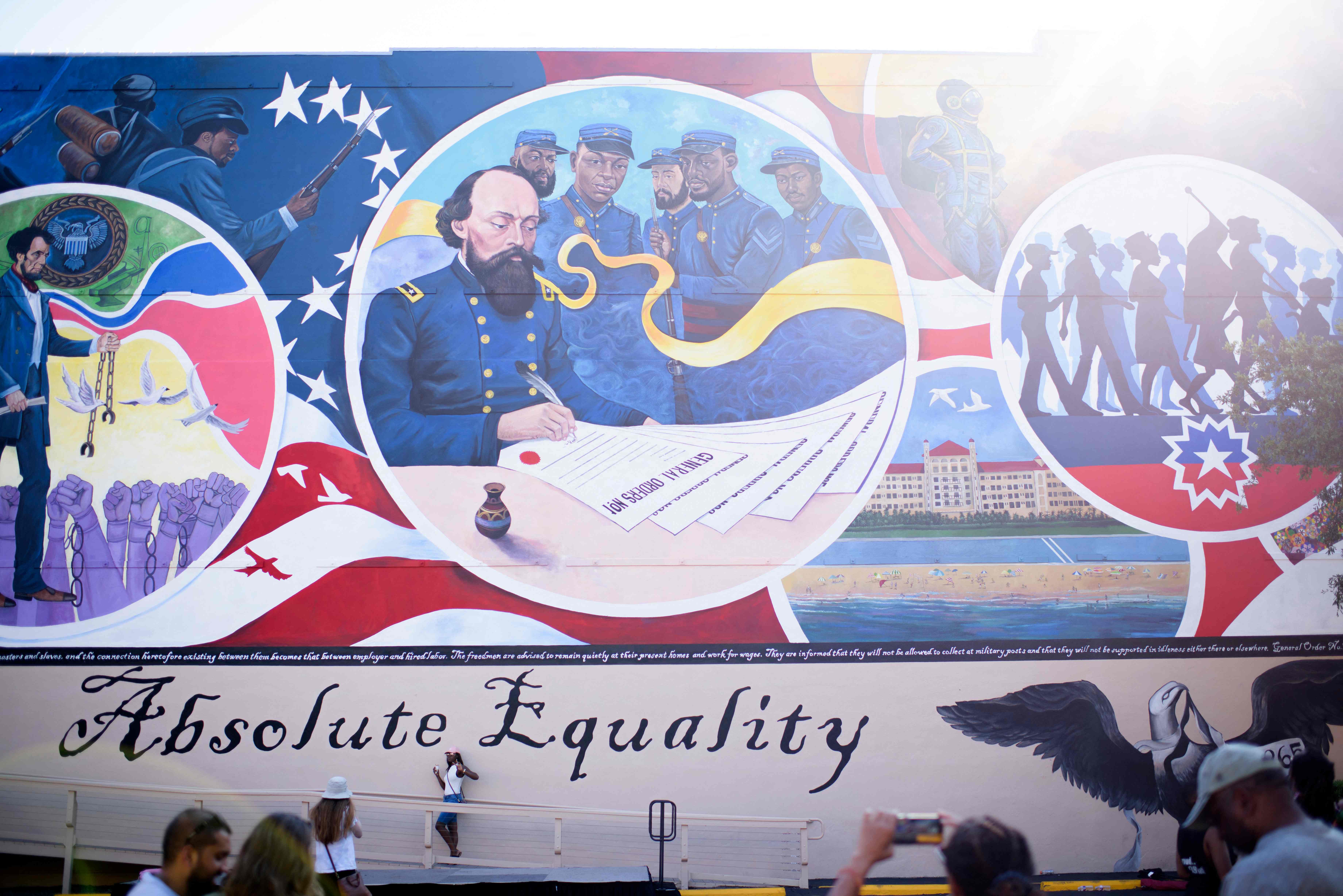 Some statewide bills go as far as to ban teaching about the very structures and systems that led to enslavement and the ongoing iterations of how these structures continue to manifest in policing, redlining, voter suppression laws and more.

Texas' HB 3979 law bans public school teachers from requiring students to read specific educational materials or even learn about particular ideas – specifically the idea that "the advent of slavery constituted the true founding of the US."

The law also forbids teachers from even teaching the 1619 Project. 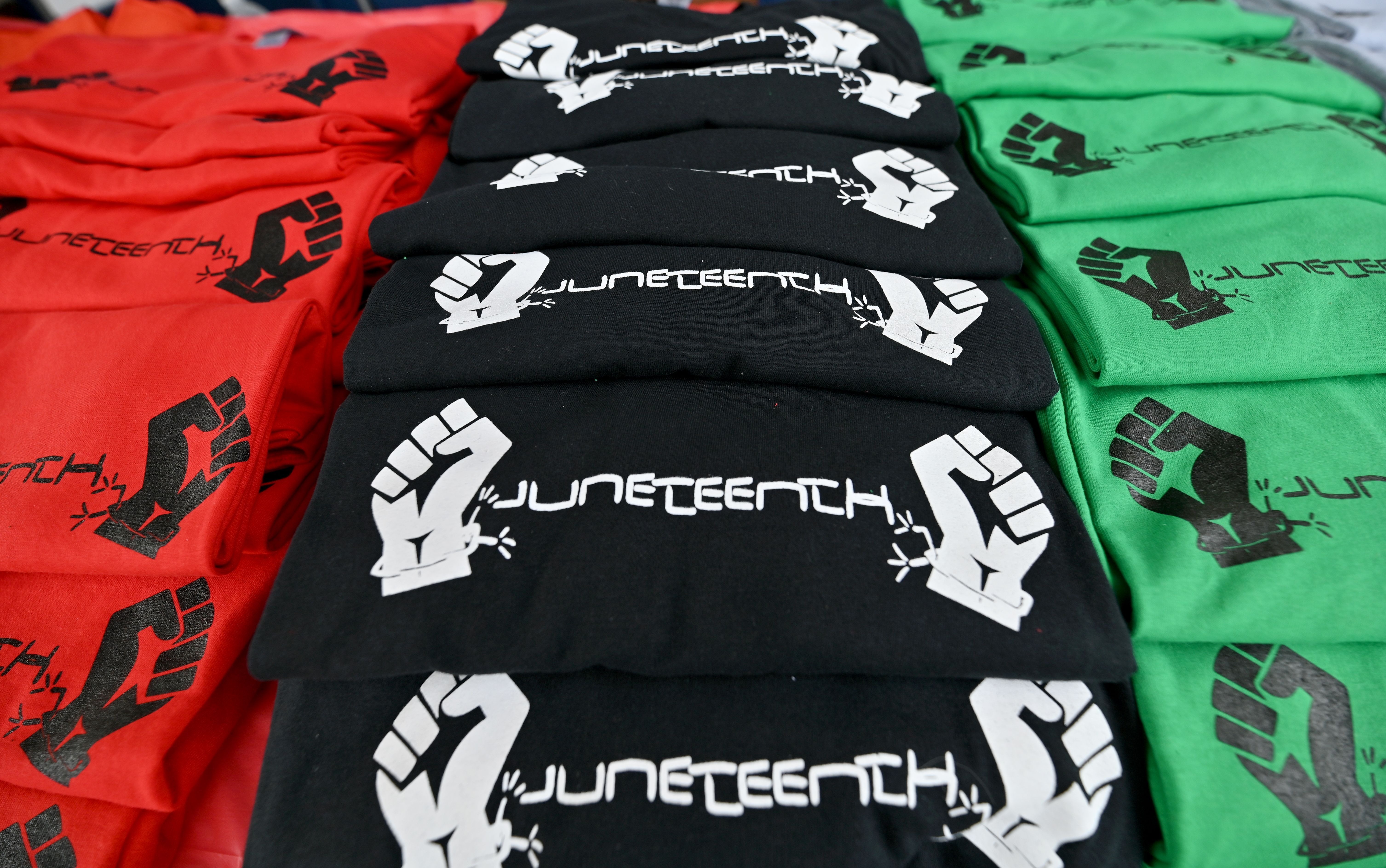 The legislation also aims to prevent teachers from discussing anything in those stories that might hint at inherent racism or slavery.

Tennessee lawmakers said teaching about racism promotes “division,” and a pending bill in Rhode Island bans teaching the idea that “the United States of America is fundamentally racist or sexist.”

When did Juneteenth officially become a federal holiday?

The move came after lawmakers voted to make Juneteenth a federal holiday to commemorate the day when the last enslaved African Americans learned they were free.

The bill sailed through the US Senate, gaining unanimous approval on June 15 before being passed to Congress.

The House of Representatives then also passed the legislation the following day, establishing June 19 as a legal public holiday. 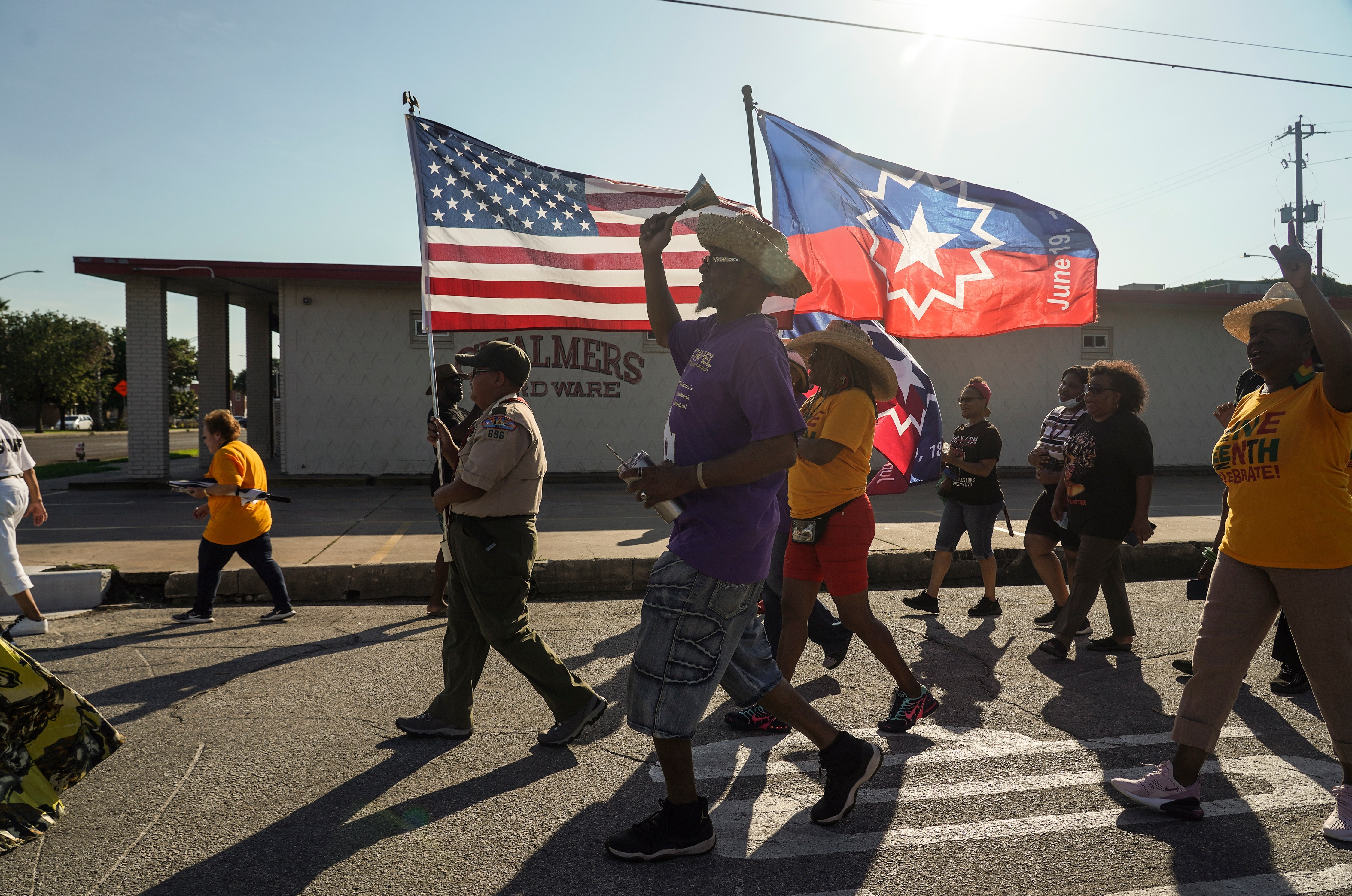 "Great nations don’t ignore the most painful moments. They don’t ignore those moments in the past. They embrace them,” Biden said in his remarks from the East Room on June 17.

Biden called it one of the greatest honors he will have as president as he signed the legislation.

“By making Juneteenth a federal holiday, all Americans can feel the power of this day and learn from our history and celebrate progress and grapple with the distance we’ve come,” he said.

Biden added there is still work to be done as a nation to “deliver on the promise of equality,” adding that the emancipation of enslaved black Americans wasn’t the end of that work, but the beginning.

“We see this assault from restrictive laws, threats of intimidation, voter purges and more.

“An assault that offends the very democracy, our very democracy. We can’t rest until the promise of equality is fulfilled for every one of us in every corner of this nation. That, to me, is the meaning of Juneteenth," the president added.

Illegal, Is, it, Junetee, teach, to
Celebrities