Home » World News » Israel-Gaza conflict: The families asking ‘what did we do wrong?’ after huge explosion leaves more than 40 dead

Israel-Gaza conflict: The families asking ‘what did we do wrong?’ after huge explosion leaves more than 40 dead

All over this narrow, closed strip of land they are again picking up the pieces. They will again rebuild, until the next time.

This is the story of one street. It’s called Al Wahda and it’s the main street in Gaza City – the commercial heart of the place.

In the early, dark hours of Sunday morning a huge explosion ripped apart a large section of the street. 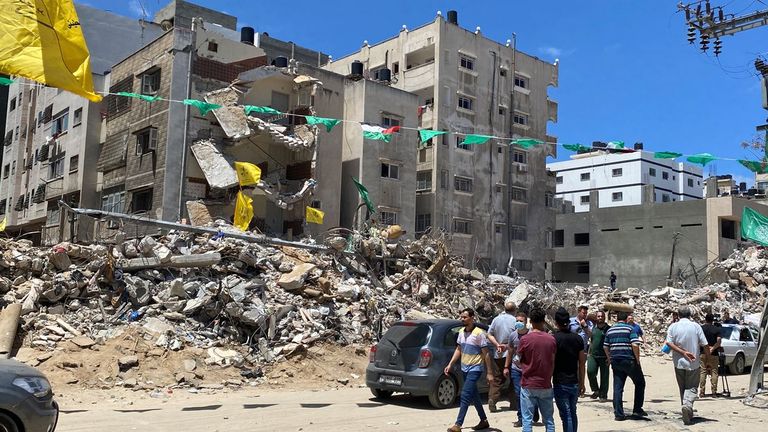 An apartment block, several storeys high, collapsed on itself. More than 40 people were killed.

Out of that moment, came so many stories of grief. A elderly woman now without four of her grandchildren; a little girl now with no mother and no siblings.

This is the story of the families who were there that night, and what life holds for them now.

From a third-storey window a young girl peers down at was once her home.

She is called Suzy Ishkontana and her family, those who are left, have allowed us in to meet her and talk to them.

Suzy’s survival is remarkable and it is clear immediately that it’s had a deep impact on her.

At dawn on Sunday morning the seven-year-old was pulled alive from the rubble of her home on Al Wahda Street.

Rescuers and locals celebrated a miracle. Her father had survived too. But her siblings and her mother did not. 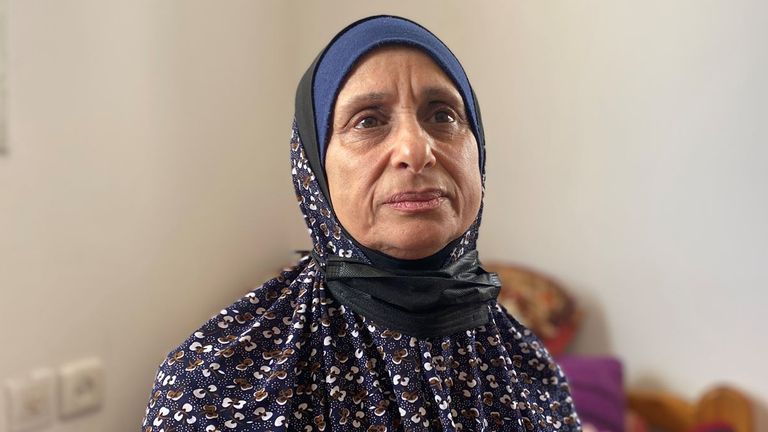 The Israeli military admit they fired missiles at Al Wahda Street. They say were trying to hit an underground military structure belonging to Hamas which caused the building to collapse.

The more than 40 people who died were “unintended casualties” they say.

Israel says it does what it can to prevent civilian deaths and that they issue warnings before areas are hit.

They did sometimes but there was no warning before Al Wahda Street was hit. There was no time to evacuate. 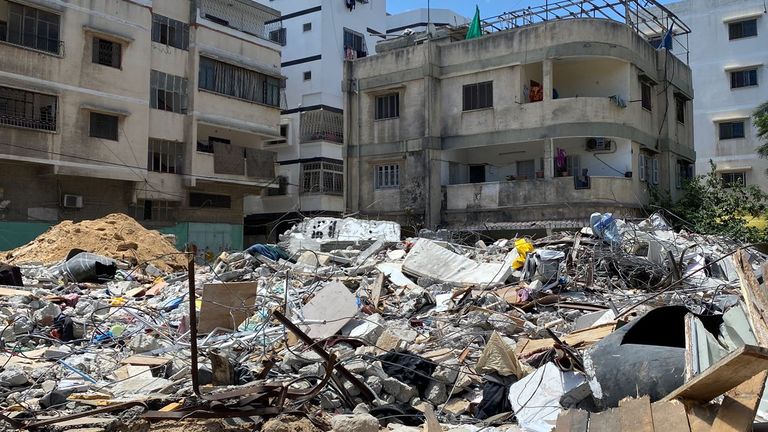 ‘Shame on both sides’

Samira Fadel is Suzy’s grandmother and her guardian now. She is a woman who has now lost four grandchildren.

She sobs as she speaks: “What did we do wrong? These children, what did they do wrong? Why make mothers grieve? Fathers grieve for their sons and daughters? What did the people do wrong? 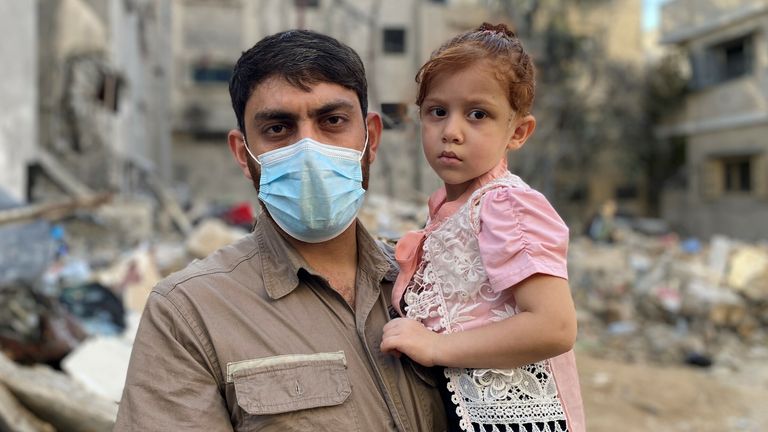 ‘You can’t doing anything. Can’t get out.’

It is through spontaneous conversions that you hear the reality of life here in Gaza.

Twenty-year-old Oday Basheer approached us to offer his thoughts.

“Most of the people here are under the poverty line. The future in Gaza? There is no future. No opportunities, no jobs, just nothing. You live, eat, sleep. Just this.

“You can’t do anything. Can’t get out. I see the life on social media, the mountains, the exploring. I wish I could… I wish I could do that.” He trails off.

Hamas, which was democratically elected in Gaza in 2006, governs the strip. At the extreme end of the Palestinian resistance and anti-occupation movement, most western governments consider it to be a terrorist organisation.

Israel controls its land crossings into Gaza preventing anyone from leaving without their permission.

Egypt controls the only other land crossing with similar restrictions. Israel also maintains control of the sea and air space.

The United Nations says it amounts to a blockade alongside the occupation of the West Bank and East Jerusalem.