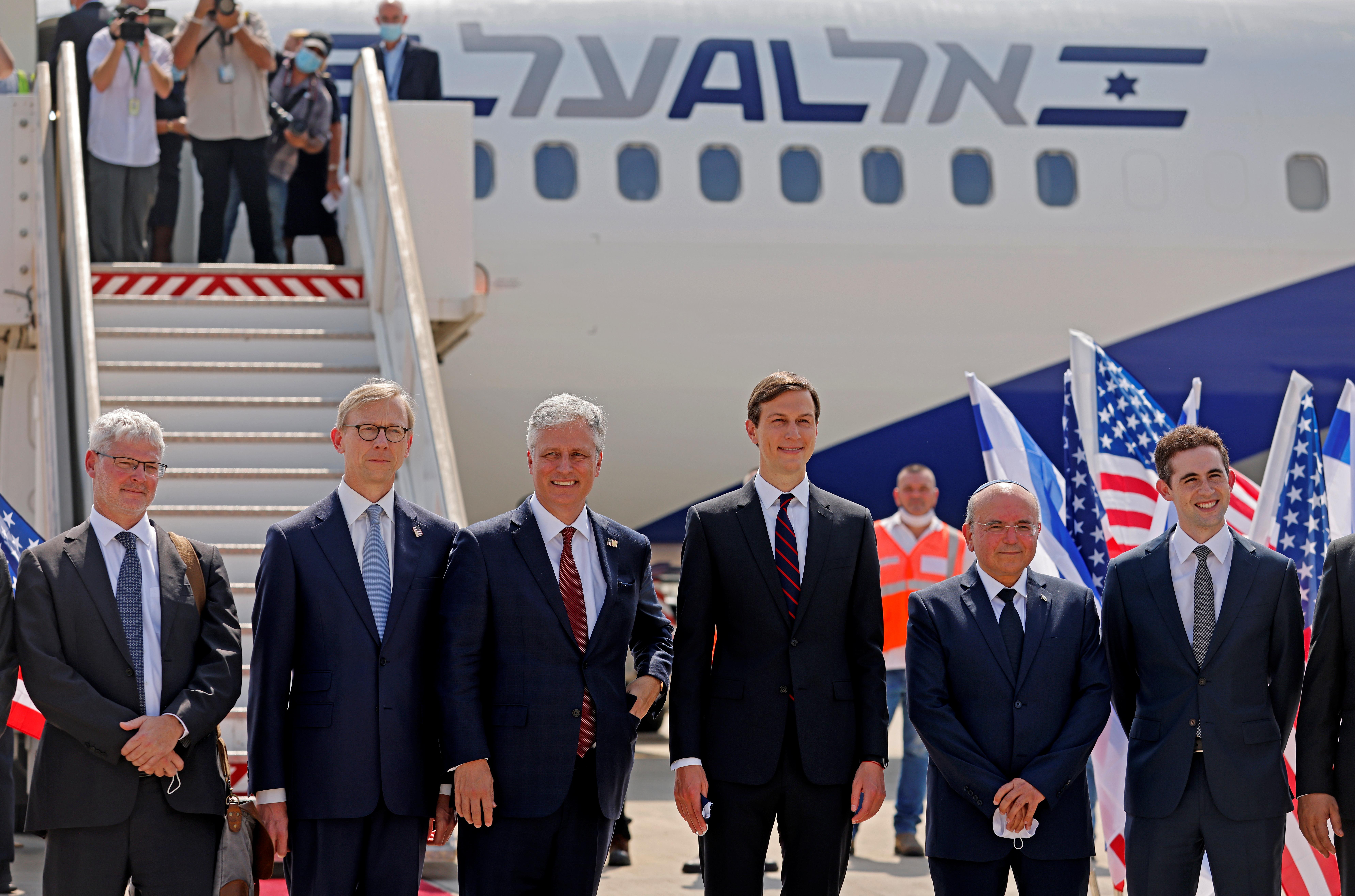 Even before discussions start in Abu Dhabi, the delegates will have made aviation history by taking an Israeli commercial airliner directly from Tel Aviv to the UAE capital over Saudi territory.

“That’s what peace for peace looks like,” Netanyahu tweeted, describing a deal for formal ties with an Arab state that does not entail handover of land that Israel captured in a 1967 war.

Announced on Aug. 13, the normalisation deal is the first such accommodation between an Arab country and Israel in more than 20 years and was catalysed largely by shared fears of Iran.

Palestinians were dismayed by the UAE’s move, worried that it would weaken a long-standing pan-Arab position that called for Israeli withdrawal from occupied territory – and acceptance of Palestinian statehood – in return for normal relations with Arab countries.

With the word “peace” printed in Arabic, English and Hebrew above a cockpit window, the El Al Boeing 737 took off for Abu Dhabi from Tel Aviv’s Ben-Gurion international airport, a flight of about 3 hours and 20 minutes, the pilot announced to passengers.

Trump’s senior adviser and son-in-law, Jared Kushner, and national security adviser Robert O’Brien head the U.S. delegation. The Israeli team is led by O’Brien’s counterpart, Meir Ben-Shabbat. Officials will explore bilateral cooperation in areas such as commerce and tourism, and Israeli defence envoys are due to visit the UAE separately.

“I prayed yesterday at the (Western) Wall that Muslims and Arabs throughout the world will be watching this flight, recognising that we are all children of God, and that the future does not have to be pre-determined by the past,” Kushner told reporters on the tarmac at Ben-Gurion airport.