January retail sales plunged by 8% compared to December in a slump three times worse than experts had predicted, following the closure of non-essential High Street shops during lockdown.

It was significantly worse than analyst expectations, with a consensus of economists predicting a 2.5% decline for the month.

Experts have said the overall decrease was not as large as the drop seen at the start of the first national lockdown last March, with some saying stores have ‘adapted’ to the challenges of Covid-19 measures. 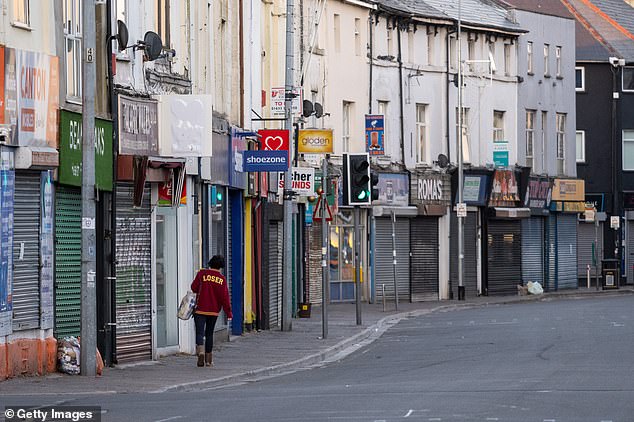 Lockdown saw retail sales drop by more than 8% in January. Experts had predicted a much smaller decline of around 2.5%

Sales had increased by 0.3% in December as Christmas demand and the relaxation of pandemic restrictions buoyed retailers briefly.

The slump last month was less severe than in the first UK lockdown but retail sales volumes remain 5.5% below pre-pandemic levels from February last year.

Sales were once again buoyed by a surge in online trading, with digital spending hitting a record proportion of 35.2% of all sales.

All sectors saw a decline in sales except for non-store retailers and food retailers, which reported 3.7% and 1.4% jumps respectively. 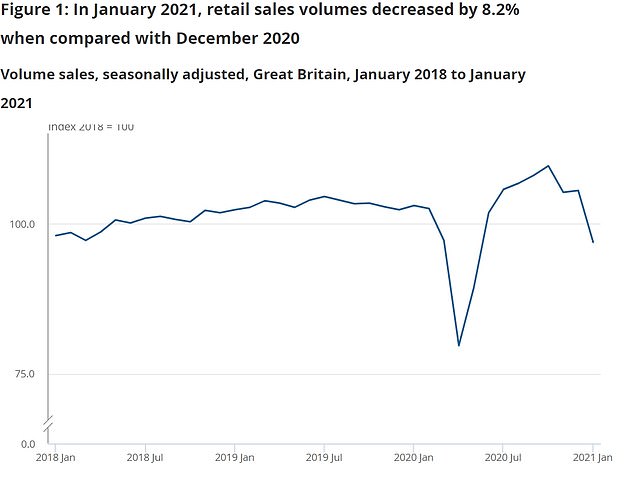 Retail sales dropped by 8% last month, but experts have pointed out the slump is nowhere near as bad as the decrease seen at the start of the first lockdown

‘However, the decrease seen this time was not as large as that of the first lockdown, as some stores have adapted to the current circumstances, with services such as click-and-collect helping to cushion the fall.

‘The share of online sales soared to a record high and accounted for over a third of total spending.

‘It was also a strong month for food stores, due to the closure of pubs and restaurants.’

It comes ahead of the Prime Minister’s announcement on Monday February 22, when he is expected to announce when non-essential retailers will be able to open their doors as part of the ‘road map to recovery’. 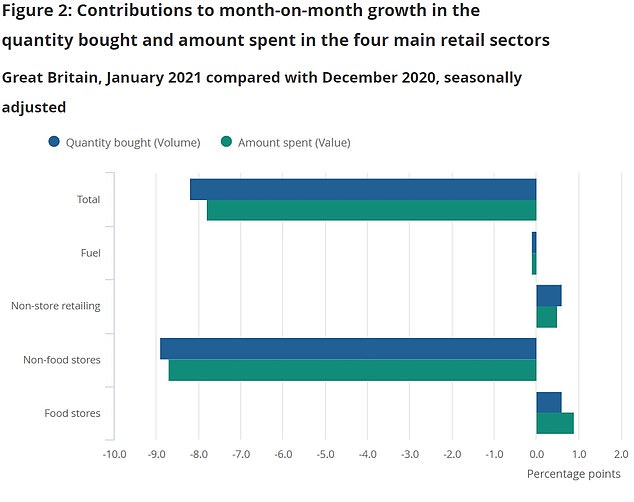 While online retailers and food shops were able to see some increase last month, they could not make up for the huge deficit in sales at non-essential retailers, brought about by Covid-19 lockdown measures

Richard Lim, chief executive officer of Retail Economics, said: ‘Any momentum built up in the run-up to Christmas was deflated by the third national lockdown in January.

‘However, the proportion of online sales reached new heights.

‘It’s inevitable that some of these behaviours will become a permanent feature of the industry as consumers embrace a new way to shop and the industry boosts online capacity.’