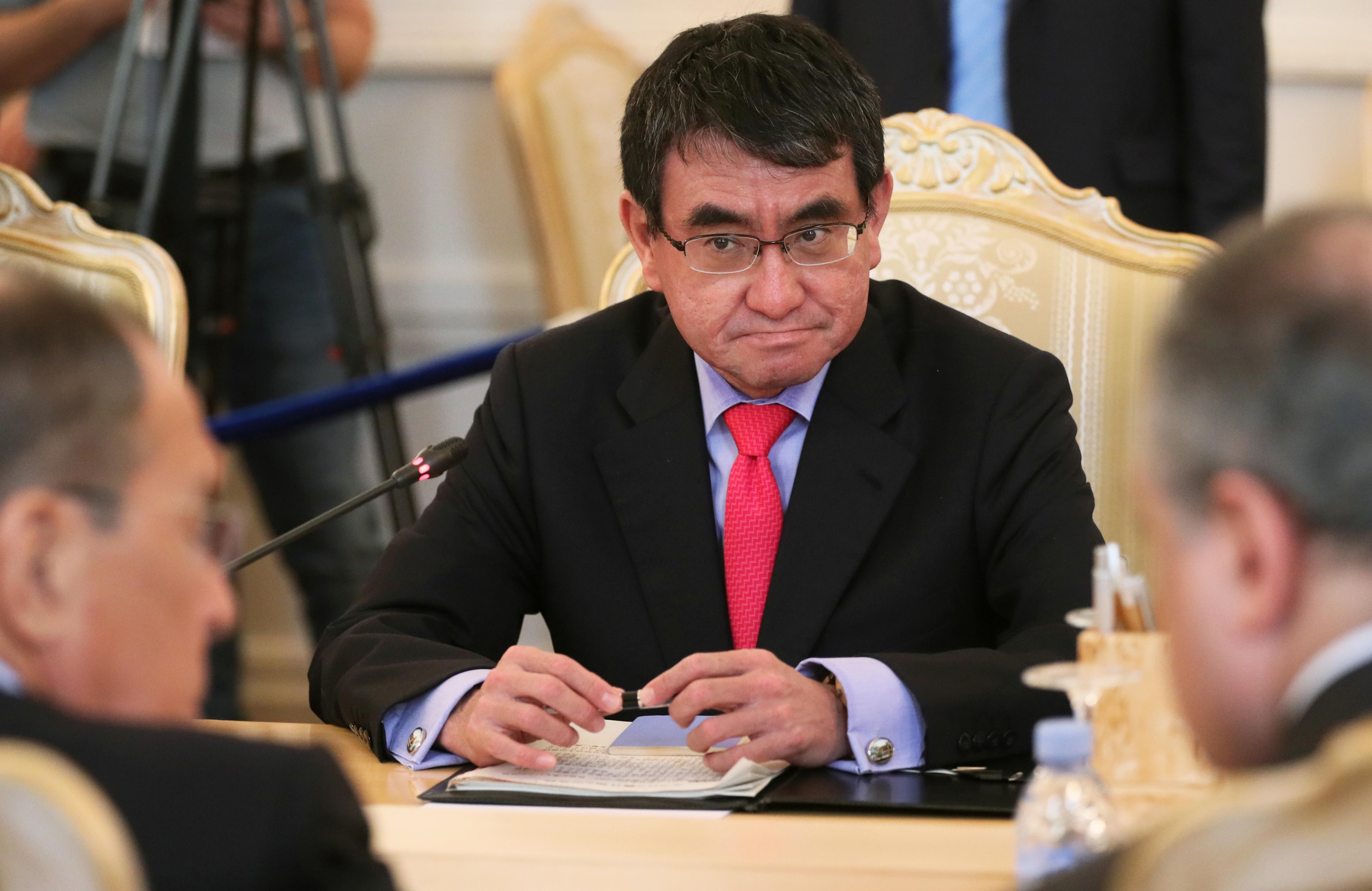 LONDON (Reuters) – Japan on Thursday publicly cautioned the two candidates vying to replace Prime Minister Theresa May that Japanese investment could leave the country if there is a no-deal Brexit, urging Boris Johnson and Jeremy Hunt to avoid such a scenario.

Japan, one of the biggest investors in the British economy, is very concerned about a disorderly Brexit that would have a very negative impact on Japanese firms in Britain, Foreign Minister Taro Kono told the BBC.

“Please, no no-deal Brexit,” Kono said in English. “Some companies are already starting to move their operations to other places in Europe.”

Asked whether investment could leave Britain, Kono said: “It could be that there is going to be less investment.”

Britain is due to leave the EU on Oct. 31 and both leadership contenders Johnson and Hunt have they are prepared to take Britain out of the bloc without a deal, although it is not their preferred option.

Kono said that if there was a no-deal Brexit then car companies might have to go through physical customs inspections and that their operations may not be able to continue.