Jay Leno says you either accept cancel culture 'or you die'

Jay Leno says he’s removed all political bits from his act and that comedians must now ‘adapt to the circumstances’ of cancel culture, which has cost some performers their careers and others lucrative endorsement deals.

Leno is now open to apologizing to those he offends, like he did after actress Gabrielle Union criticized him for joking about Asians eating dogs while he guest-judged America’s Got Talent in 2019.

He made similar jokes at least nine times while hosting the Tonight Show between between 2002 and 2012, according to Reuters.

The 71-year-old comic, one of the most successful of the past few decades, also said he’s open to changing his material depending on the audience in a recent interview with the Los Angeles Times. 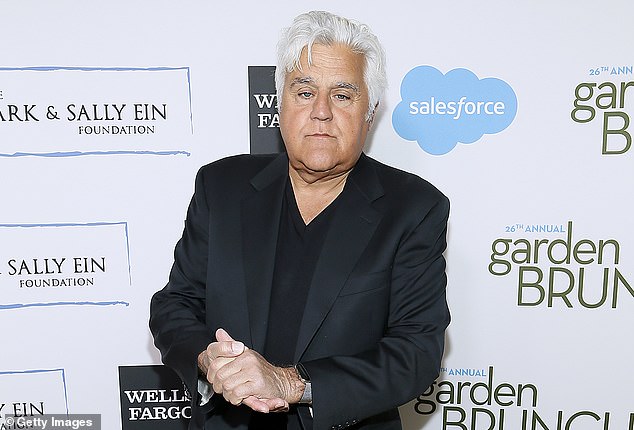 Jay Leno, 71, appeared to accept cancel culture in a recent interview promoting his new game show, saying ‘you either change with the times or you die.’

‘When I do a gig in Utah and they’ll go, ‘Look, we don’t want any drug jokes, we don’t want any sex jokes,’ I go, ‘OK, I’ll take those out’ and I do something else. With the #MeToo movement, all of a sudden the sexist jokes everybody used to do, you can’t do anymore. So you either change with the times or you die. You adapt to the circumstances,’ Leno said.

He says he’s removed all political material from his new act and that his upcoming game show will not feature any political humor aside from ‘generic’ jokes about Congress being dysfunctional.

In an interview with Variety in May 2020, Union said Leno joked about a painting of Cowell and his dogs on the set of America’s Got Talent, saying the animals looked like menu items at a Korean restaurant.

‘I gasped. I froze. Other things had already happened, but at this point, it was so wildly racist,’ Union said. 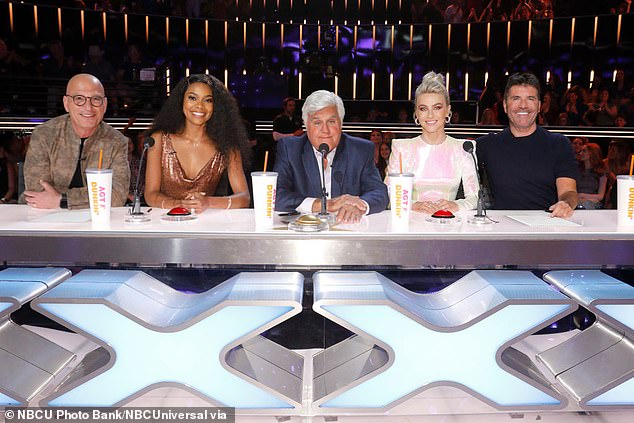 ‘You cannot edit out what we just experienced. There is not an edit button in my brain or in my soul. To experience this kind of racism at my job and there be nothing done about it, no discipline, no companywide email, no reminder of what is appropriate in the workplace?’

She continued: ‘We’re doing a show that is talking about a global audience, and we’re not even asking for preferred pronouns? We should never be put in a position where we are guessing, not when we know better.’

Leno is set to host a revival of the 1950s quiz show You Bet Your Life on Fox First Run this fall.

Guy Aoki, head of the Asian Pacific American Media Coalition, wrote a letter to the upcoming show’s producers threatening to boycott their advertisers unless Leno put a stop to the jokes about Asians and dogs. 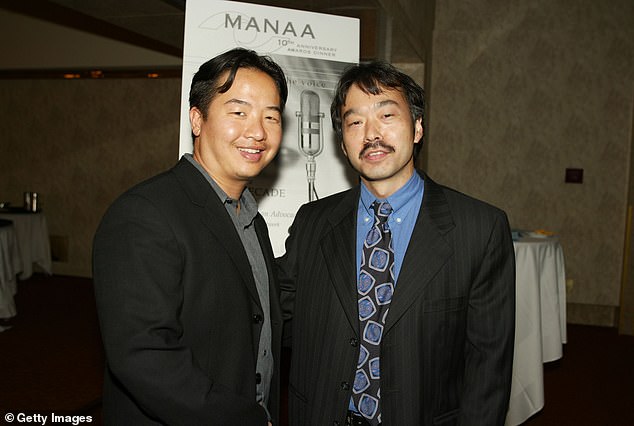 So-called cancel culture has cost some performers huge gigs, like when comedian Kevin Hart, 42, stepped down from hosting the 2019 Oscars after he refused to apologize for jokes some people called homophobic.

In his 2010 breakout special, Hart said that he saw another boy ‘grinding’ on his son, and in response, he ‘panicked and knocked them both down,’ according to Billboard.

‘I passed on the apology … I’ve addressed this several times. This is not the first time this has come up. I’ve addressed it. I’ve spoken on it. I’ve said where the rights and wrongs were,’ he said at the time. 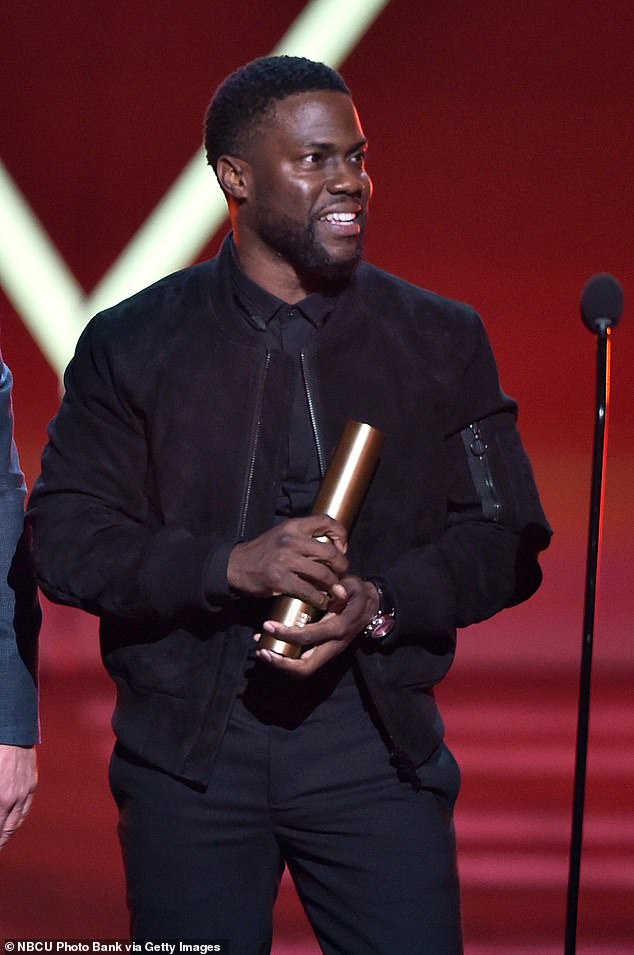 Leno released a joint apology for his jokes with Aoki’s group earlier this year.

‘At the time, there was a prevailing attitude that some group is always complaining about something, so don’t worry about it. Whenever we received a complaint, there would be two sides to the discussion: either ‘We need to deal with this’ or ‘Screw ’em if they can’t take a joke.’ Too many times I sided with the latter even when in my heart I knew it was wrong,’ Leno said in a conversation with Aoki.

The comedian then called the activist personally.

‘After the Zoom meeting, Jay called me back and said, ‘I want to do whatever I can to get back the respect you once had for me,’ and that meant a lot to me. And then he ended up calling me back 20 times. We had a lot of time to talk about stuff,’ Aoki said.

‘He was fighting back tears,’ Leno said. ‘I could sense that it was a big emotional thing for him. I was moved by having a conversation with the guy and I go, ‘OK, I get that.’ I’m not trying to win an argument. I’ll never convince that guy that that joke was funny, which is my job to do.’ 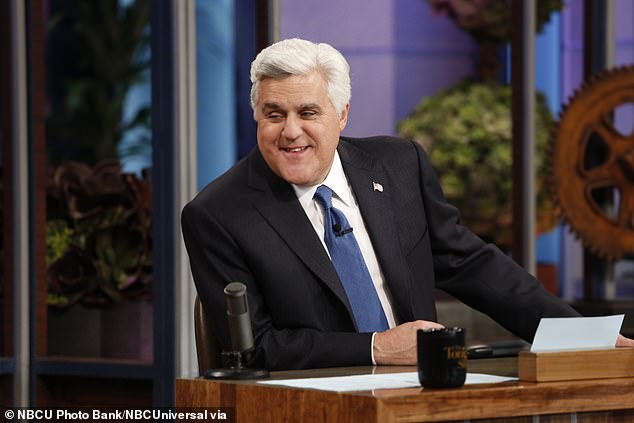 Leno hosted the Tonight Show for 22 years starting in 1992. He will now host an upcoming revival of the 1950s quiz show You Bet Your Life on Fox First Run

Leno compared Aoki’s experience to how his own father felt watching the stereotypical portrayals of Italian-Americans.

‘The Italians always had their wife-beater shirt with the salami and the bottle of wine,’ he said. ‘Everything was the Mafia and mob, and all Italians are crooks. It would just make my dad furious.’

Other comics have expressed a similar acceptance of cancel culture.

In a podcast interview in June, comedian Katt Williams, 50, suggested that some comics used outrageousness to hide their lack of talent.

‘My point is people weren’t all that funny when they could say whatever they wanted to say. At the end of the day, there’s no cancel culture,’ he said.