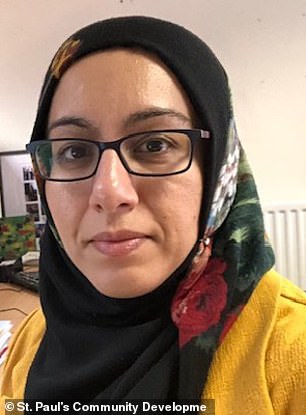 Labour leadership contender Jess Phillips has been forced to suspend one of her key aides for posting ‘offensive’ antisemitic and anti-Israel tweets, The Mail on Sunday can reveal.

She took the decision on Friday evening after this newspaper sent her copies of a series of the messages posted by her office manager, including describing Israel as a ‘murderer’ that was ‘inflicting Holocaust conditions on Palestinians’.

Embarrassingly for Mrs Phillips, she was forced to discipline her own staff member just hours after she put tackling antisemitism in the party at the heart of her bid to succeed Jeremy Corbyn. The outspoken Birmingham MP has emerged as one of the leading moderates in the race to lead her party. But The Mail on Sunday last week confronted her over tweets posted by Salma Hamid, Mrs Phillips’ Birmingham Yardley constituency office manager.

In a series of posts between 2014 and 2016 before she was employed by the MP, Mrs Hamid lambasted Israel’s treatment of the Palestinians and praised militant group Hamas, which rules Gaza. 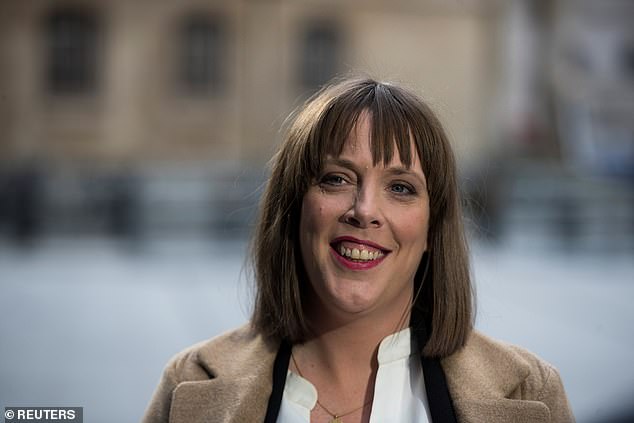 Jess Phillips, pictured outside the BBC in London on January 5, has been forced to suspend Hamid for posting ‘offensive’ antisemitic messages between 2014 and 2016. Phillips aide drew a distinction between Jews – ‘a faith based on peace and love’ – and Israel or ‘Zionists’

In one message in 2015 addressed directly to Israeli Prime Minister Benjamin Netanyahu, she appeared to equate Israel with terrorists in Islamic State, writing: ‘Because Israel obeys human rights/law? Hilarious! Isis are terrible too. So really there is no difference.’

In another Twitter exchange, Ms Hamid wrote: ‘We must show the world that “Israel” is the murderer!’ She also claimed that ‘Israel IS inflicting Holocaust conditions on Palestinians! Oppressive, racist and violent!’

Mrs Hamid did draw a distinction between Jews – ‘a faith based on peace and love’ – and Israel or ‘Zionists’. But Denny Taylor, spokesman for Labour Against Antisemitism, said: ‘These offensive tweets are, in our opinion, antisemitic and it is right that Jess Phillips has acted quickly and suspended her office manager.’

Last night, a spokesman for the MP said: ‘As soon as Jess was made aware of these comments, she acted. Her office manager has been suspended with immediate effect.’ Her office said Mrs Hamid did not wish to comment. Labour is braced for what many fear will be a damning report from the equalities watchdog into its handling of antisemitism complaints.