The world’s best-selling Scotch whisky has appointed its first female master blender in its 156-year history.

Dr Emma Walker will take over for Dr Jim Beveridge OBE, who has been Johnnie Walker’s master blender for the past two decades.

She joined Diageo, which owns Johnnie Walker, 13 years ago and has worked as a Scotch blender for the past six years. 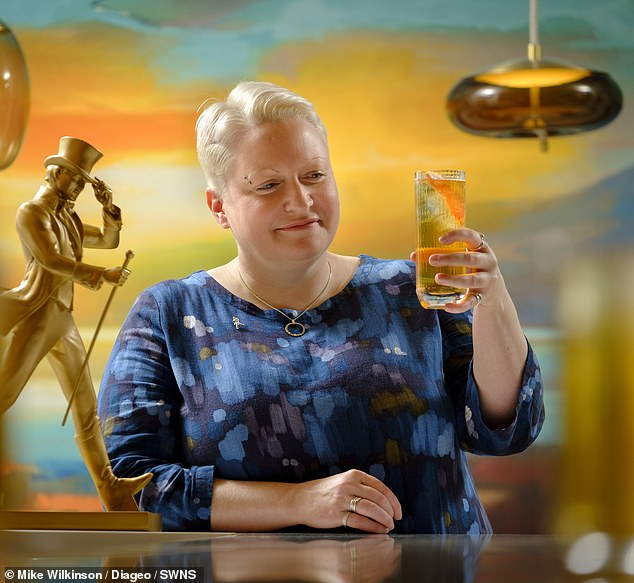 She will be responsible for the limited-edition Jane Walker by Johnnie Walker blend, in addition to the Blue Label Ghost and Rare series.

The new role will see Dr Walker leading a 12-strong team of expert whisky makers who craft and blend whisky from all over Scotland, sold in more than 180 countries.

She will be one of a small, select group of people to take on the coveted role of master blender in the business’s existence, the first being founder John Walker.

She said: ‘I am honoured to take on the title of master blender of Johnnie Walker, and at an exciting time for the brand as we embark on the next step of our journey looking ahead to the next 200 years. 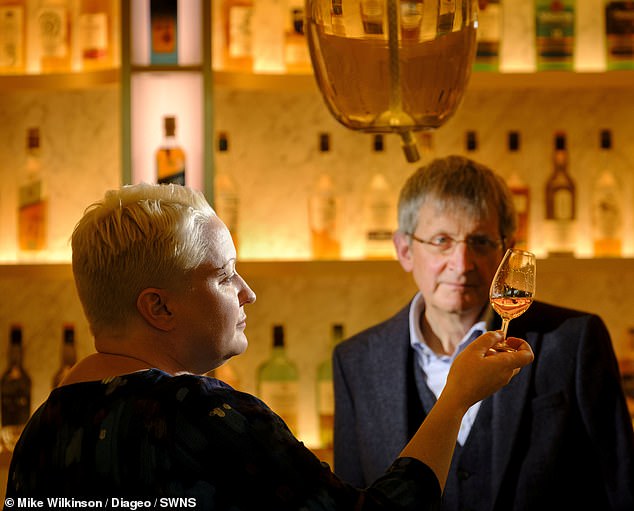 Dr Walker with Dr Jim Beveridge OBE, who held the master blender position for the past 20 years

‘I love experimenting and innovating with flavour and we’ll be working hard to not only continue to deliver the unrivalled quality that we are renowned for, but also introducing blends to appeal to a new generation of Scotch whisky fans.’

Dr Jim Beveridge OBE, who began his career at Johnnie Walker 42 years ago, added: ‘It is with pleasure and confidence that I pass on this privilege to Emma.

‘I know she will do a wonderful job as she possesses the knowledge, expertise, and dedication to make an amazing Master Blender. 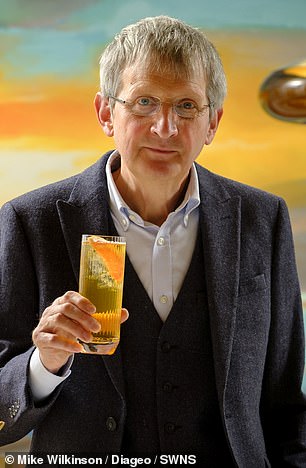 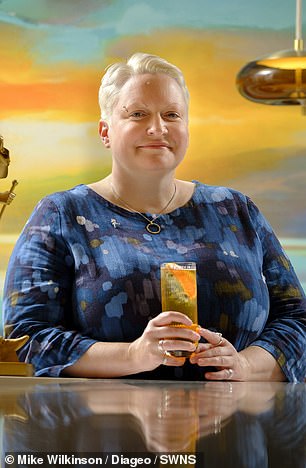 Dr Beveridge said of leaving the role to Dr Walker: ‘I know that her wonderfully infectious personality will bring something exciting and different to the team and, indeed, to the wider Scotch industry’ 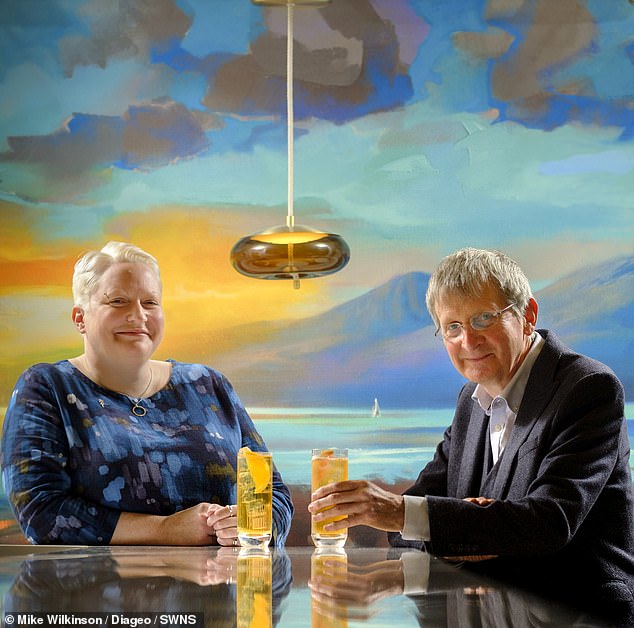 Dr Walker said she is ‘honoured to take on the title of master blender of Johnnie Walker’, which will be held by Dr Beveridge until the end of the year

‘On a personal level I am delighted for her, and I know that her wonderfully infectious personality, that made working with her so enjoyable, will bring something exciting and different to the team and, indeed, to the wider Scotch industry.’

In 2019, Dr Beveridge was awarded an OBE by Her Majesty the Queen for his services to the Scotch Whisky industry.

Julie Bramham, Global Brand Director for Johnnie Walker, also said that Dr Walker is taking over at an ‘exciting time’ for the company.

She said: ‘Scotch is being enjoyed in so many different ways by people from all over the world and I know that Emma and her team will continue to develop the exceptional tastes, textures and flavours that we are renowned for.’ 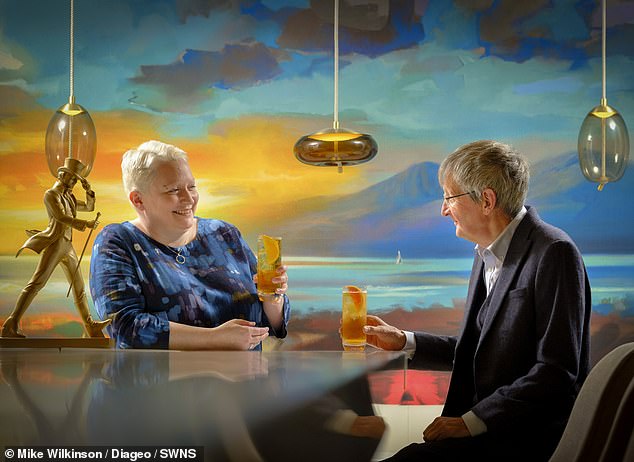 Dr Walker said of the new role: ‘I love experimenting and innovating with flavour and we’ll be working hard to not only continue to deliver the unrivalled quality that we are renowned for’ 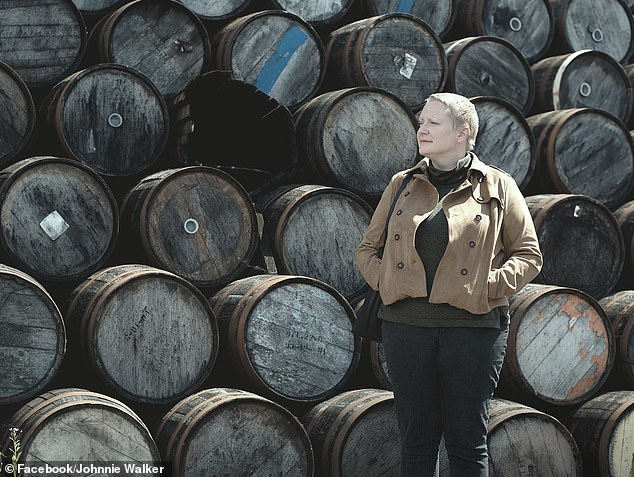 She will be responsible for the limited-edition Jane Walker by Johnnie Walker blend, in addition to the Blue Label Ghost and Rare series 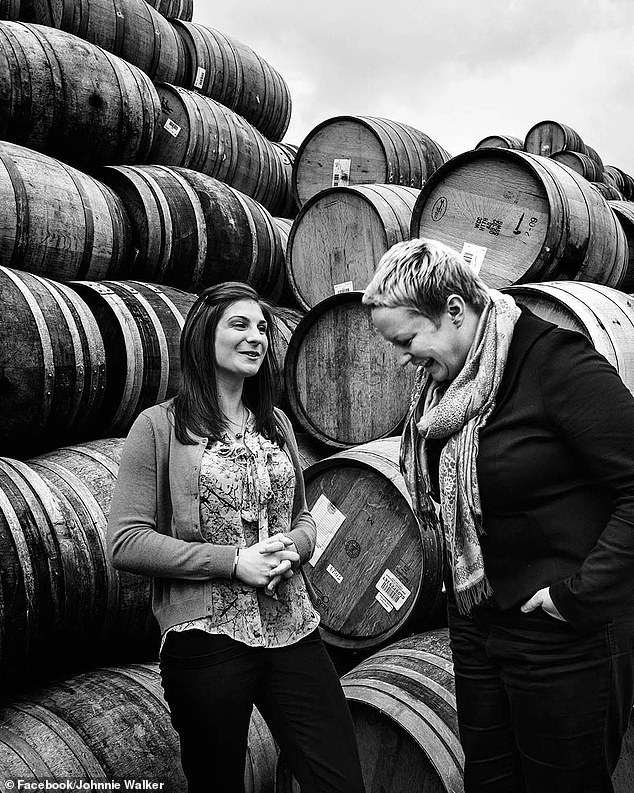 Dr Walker pictured with Aimée Gibson, who were both on the blending team at Johnnie Walker. Dr Walker first joined Diageo as a Project Scientist on the Whisky Team in 2008

Before Dr Walker worked in whisky, she had studied chemistry for six years at three different institutions, starting with a two-year apprenticeship at Imperial Chemical Industries in Teesside.

She then went on to become a Master of Chemistry at Edinburgh University before completing her PhD at the University of Sheffield.

Dr Walker worked as a Process Chemist at GlaxoSmithKline for nine months before joining Diageo as a Project Scientist on the Whisky Team in 2008.

She then moved into production roles including malt distilling at the distilleries of Leven, Cameronbridge and Knockando.

In 2013 she returned to the Whisky Specialist Team as a blender, bringing acquired knowledge of whisky production back into the blending team.

The aptly named Dr Walker – no relation to the whisky family – will take up the new position in January 2022.

The brand was awarded the Royal Warrant in 1934 by King George V.