Judge jails gamekeepers for killing their colleague with shotgun

‘Drinking and handling guns don’t mix’: Judge jails two gamekeepers for a total of nine years for killing their colleague, 18, when shotgun went off in back of a 4×4 after night out with friends

A gamekeeper whose shotgun went off while propped up in a Land Rover Discovery killing his 18-year-old colleague has been jailed for seven years today.

Ben Wilson, 29, of Ely, Cambridge, was found guilty of the gross negligent manslaughter of Peter Colwell even though he was not in the vehicle at the time of the incident.

Caernarfon Crown Court heard Mr Colwell and Wilson had been out drinking at two pubs in north Wales with fellow gamekeeper Ben Fitzsimons, 23, in February 2017 and had taken the shotgun with them.

The weapon was propped up in the front of the vehicle alongside the passenger seat with the muzzle facing Mr Colwell in the back seat.

Wilson was in the toilet at a pub in Llanbedrog, north Wales, and Fitzsimons was in the front passenger seat when the gun went off, hitting Mr Colwell in the face.

Judge Rhys Rowlands told the pair their attitude towards the safe storage and handling of guns on the night was ‘appalling lax’ and added: ‘Drinking and handling guns don’t mix’.

Fitzsimons, of Pwllheli, north Wales, was cleared of manslaughter but was found guilty of having a loaded shotgun in public and was jailed for two years. 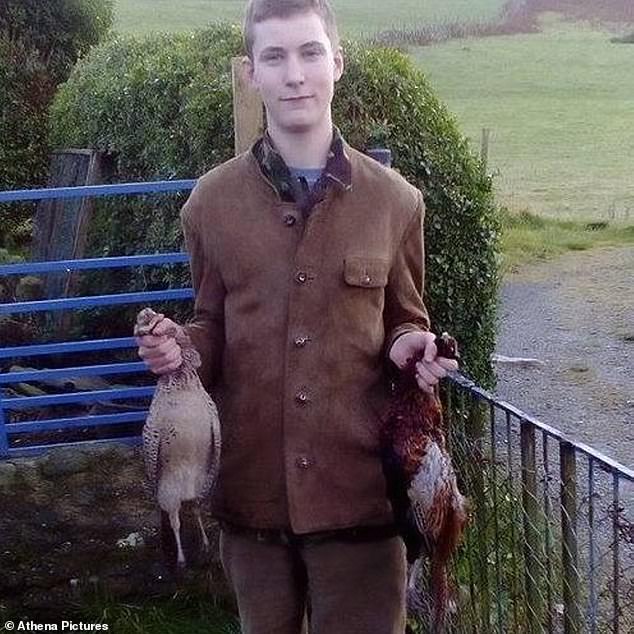 Gamekeeper Peter Colwell, 18, pictured, died after being shot in the face by a loaded shotgun which was propped up in a Land Rover Discovery outside a pub 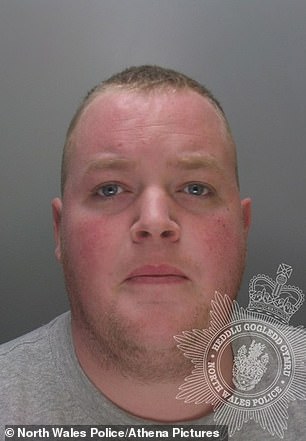 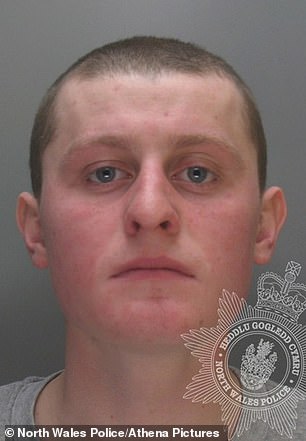 Ben Wilson, 29, left, and Ben Fitzsimons, 23, right, have been jailed for a total of nine years today over the death in north Wales in February 2017

The court heard he had previously had the gun at another pub in nearby Abersoch and believed he had made the weapon safe before taking it into the vehicle.

Judge Rowlands told the pair: ‘As a result of your criminally irresponsible behaviour a young man lost his life. This was an accident which could so easily have been avoided.’

The judge said the teenager ‘would have expected to have had the best of his life ahead of him.’

He added: ‘Instead he lost his life wholly needlessly when the gun was discharged in an accident simply waiting to happen.

‘You not only ended Peter Colwell’s life but also caused dreadful anguish to his family and friends.’

‘The weapon should have been kept in a secure gun room. Drinking and handling guns don’t mix.’

Fitzsimons had been an under keeper, working under the direction of Wilson for the Boduan shoot, near Pwllheli.

Judge Rowlands said there was ‘absolutely no reason’ to take the gun out while visiting pubs or to leave it in a vehicle where anyone could have seen or stolen it.

He said Fitzsimons had been ‘less than truthful’ about what caused the gun to go off and had been prepared to sit alongside and handle a gun when he had been out drinking. 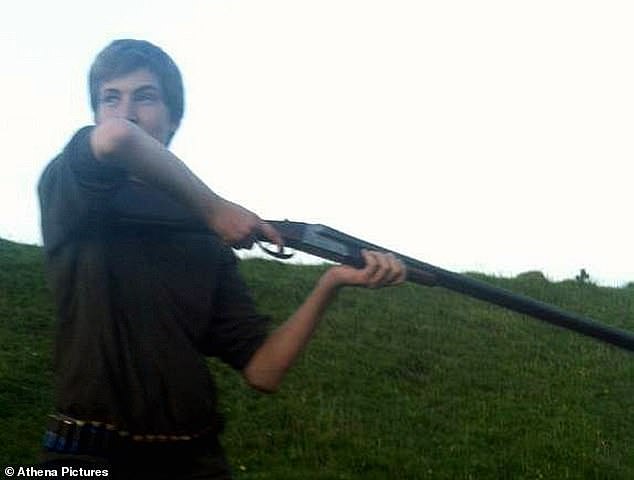 Mr Colwell, pictured with a shotgun, was a gamekeeper at the Boduan Estate near Pwllheli, north Wales, along with Wilson and Fitzsimons

The judge said: ‘As a gamekeeper you would have appreciated it was very wrong and very dangerous to have the gun there at all, let alone in the passenger footwell pointing towards the rear seat passengers.’

David Elias QC, for Fitzsimons, said his client was remorseful and would have to live with what happened.

Prosecutor Patrick Harrington QC said there had been a ‘cavalier disregard of the fundamental rules of gun safety.’

The accused and Mr Colwell were all gamekeepers on the large Boduan Estate near Pwllheli.

Detective Chief Inspector Gerwyn Thomas of North Wales police said after the case: ‘The tragic death of Peter Colwell was totally avoidable and has left his family devastated.

‘Those issued with gun licences for their work or for their leisure activities have a great responsibility to adhere to the strict licence conditions at all times for their own safety and the safety of others.

‘This case demonstrates the catastrophic consequences that can follow when people show an arrogant, casual disregard for basic gun safety and the privilege afforded them of holding a gun licence. 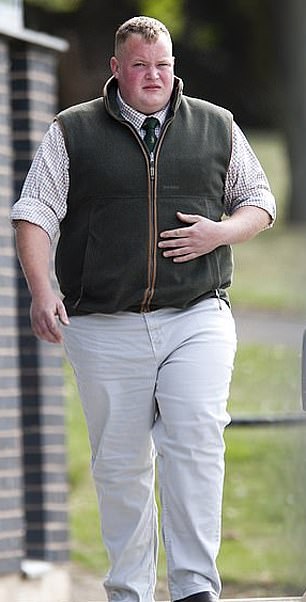 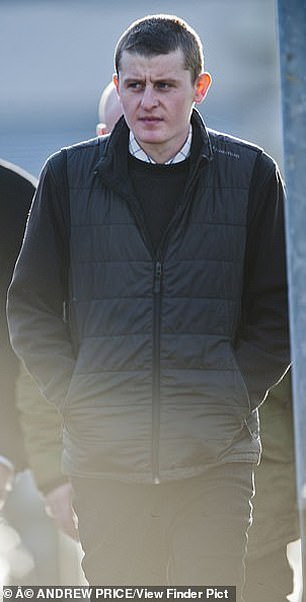 The shotgun was owned by Wilson, left, but he was not in the vehicle when it went off. Fitzsimons, right, was in the front passenger seat and told the court he thought he had made the gun safe when they were at a different pub earlier

‘These men have rightly been given prison sentences and I hope they will spend the time to reflect on their most irresponsible behaviour.’

Solicitor Michael Strain, speaking on behalf of Ben Fitzsimons, said outside court: ‘Peter Colwell was a friend and colleague. We went out for a beer after work to relax and enjoy ourselves around the pubs of Abersoch and Llanbedrog on the evening of the 5th February 2017.

‘The tragedy which then unfolded, resulting in Peter Colwell’s death, is something that will be with me for the rest of my life.

‘I deeply regret getting into a vehicle for a night out which contained a loaded shotgun and I should simply have refused to get into that car.

‘Once I was in the car, I did the only thing I could do which was to try and make the gun safe and this is what I did and have consistently explained since.

‘I believe to this day that the state in which I left the gun outside St Tudwal’s public house in Abersoch was safe and I believe the jury have accepted that my account is the truth.

‘This comes as a huge relief for me personally but I understand it will do nothing to lessen the grief of Peter’s family.

‘I accept, with the benefit of hindsight, that there are things I could have done better that night and accept my punishment unreservedly.

‘I appreciate that is insignificant compared to the loss Peter’s family will have to deal with for the rest of their lives and any relief I feel for myself is tempered by the knowledge of the loss that will be with them forever.’