A Tiktok video from a KFC store in Australia has been slammed by outraged customers.

The footage features a staff member who appears to be licking a batch of freshly cooked chicken.

A different worker then tilts his head back as chips cascade over their face.

At the end of the clip, captioned ‘POV – closing time’, an employee then reaches into a tray of lettuce to grab fistfuls to eat.

It was reportedly filmed at KFC store in Queensland.

The clip, which has amassed 500,000 views, is set to a sped-up version of Katy Perry’s ‘Just Eat’ advert jingle.

Customers have called for bosses to investigate the incident, with one user commenting: ‘Is this what you were doing when I waited an hour for my food?’

Another added: ‘Sending this to head office.’ 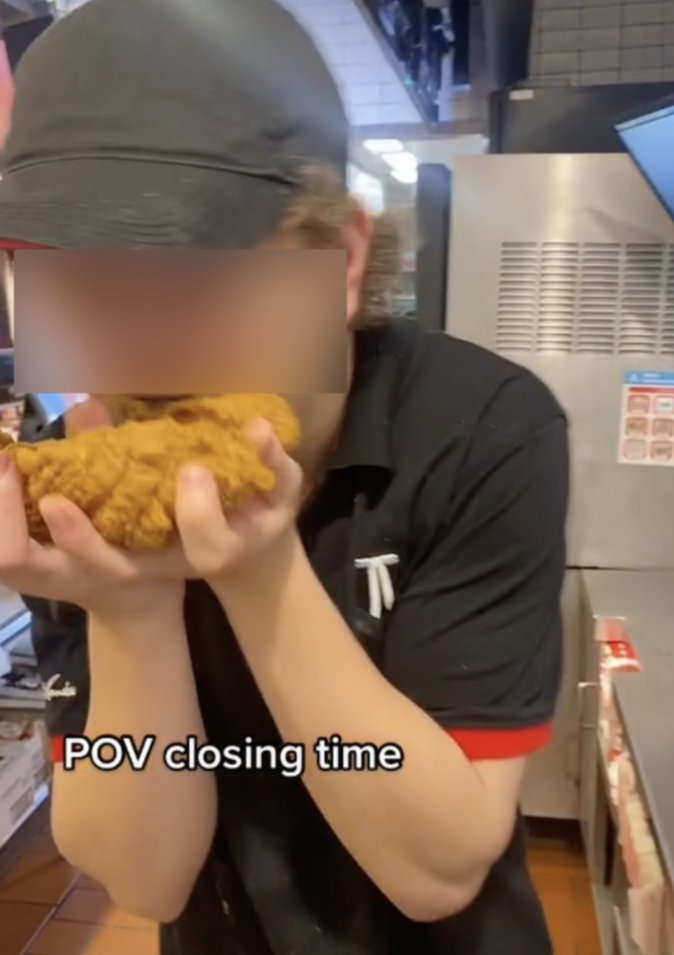 One Tiktok user warned: ‘Did somebody say “you’re fired?”.’

It’s not the only fast-food chain which has made headlines this week for all the wrong reasons.

In the UK, a mum claimed she found maggots ‘squirming’ in a McDonald’s ketchup dispenser as she ordered food for her children.

She had tried to top her children’s chicken nuggets with the tomato sauce available when she suddenly stopped in her tracks.

Corinne said: ‘I had placed my order and was waiting for it by the counter when I thought to get some ketchup for my son.

‘I went to use the pump and when I was picking up the pot I saw them moving.

‘There was another lady about to get some so I pointed it out to her; she just made a yuck face and left.’