Vladimir Putin raised eyebrows during a televised meeting about the coronavirus as he broke into a coughing fit and struggled to finish his sentence, according to a report.

“Excuse me,” the 68-year-old Russian leader said, raising his right hand to his mouth during his video call to Finance Minister Anton Siluanov and other senior officials on Wednesday, East2West News reported.

The footage from the meeting, which addressed the “acute financial problems” caused by the pandemic, was later edited so his puzzling paroxysm appeared less severe.

Kremlin spokesman Dmitry Peskov insisted that the strongman was as strong as ever, saying he was “absolutely fine” after the coughing fit, according to state news agency TASS.

“The president apologized and continued the meeting almost without pausing,” the agency said.

Radio Mayak, which had aired an original stream, reported that “Putin’s vocal cords gave in as he was setting his government to fight COVID-19.”

Earlier this month, the Kremlin also denied a report that Putin plans to step down next year after speculation arose that he may be suffering from Parkinson’s disease.

“It’s absolute nonsense,” Peskov said at the time. “Everything is fine with the president.” 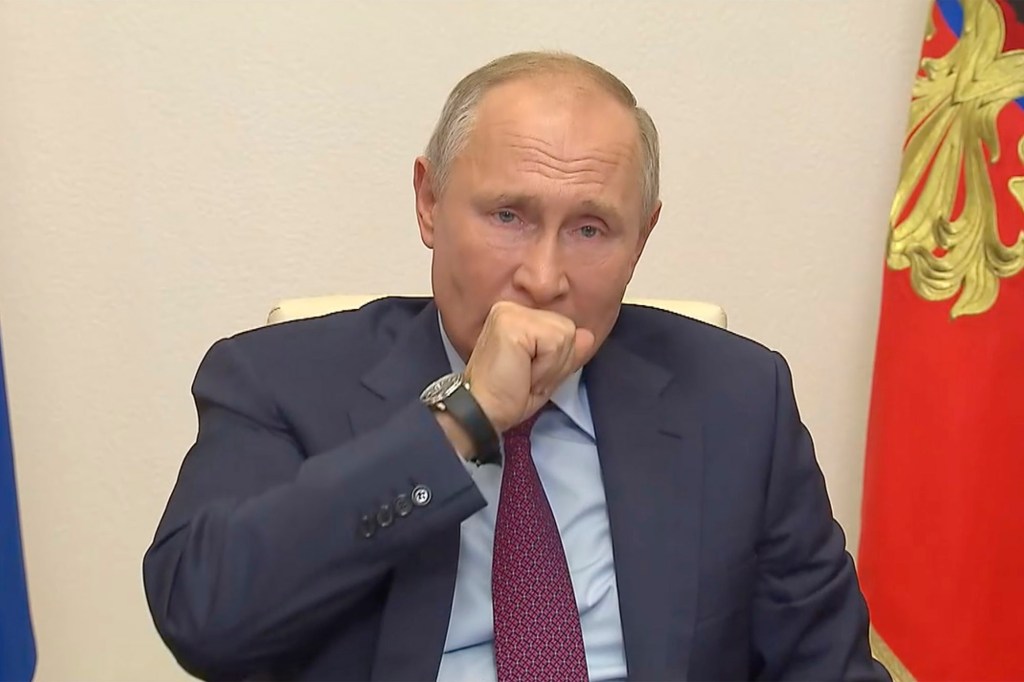 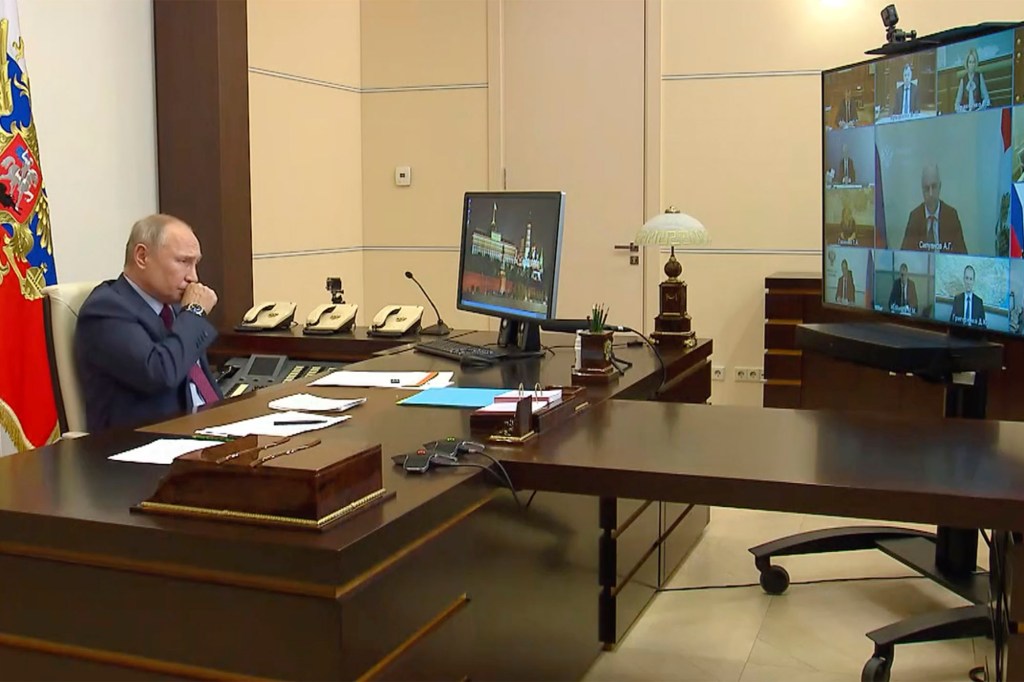 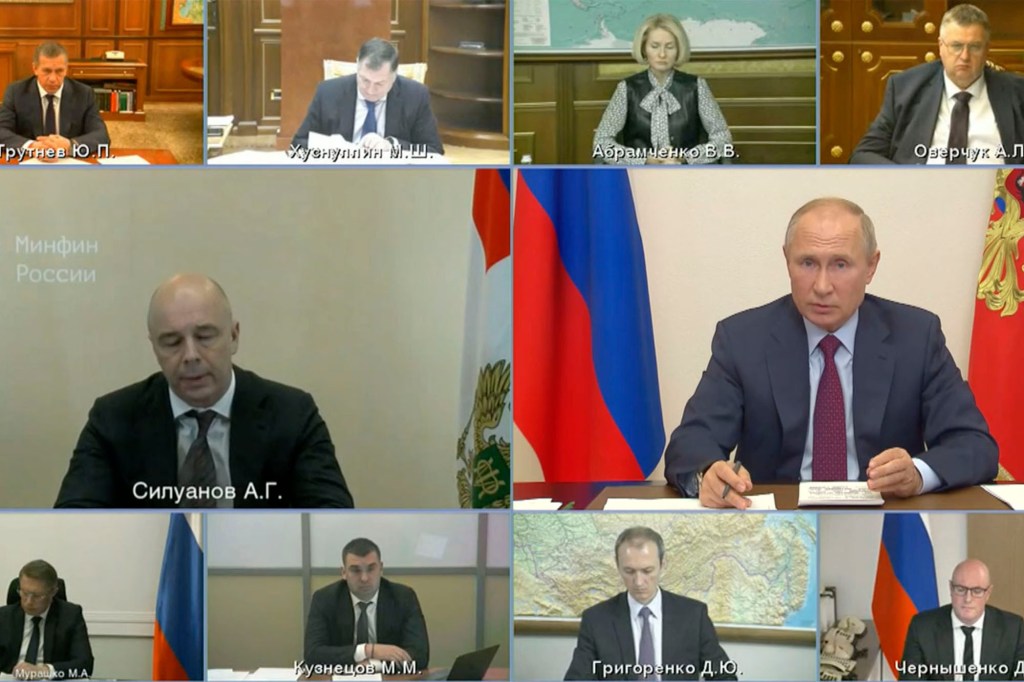