CHAOS at Kenosha court as woman reportedly collapsed on steps and hundreds of protesters rally after the Kyle Rittenhouse verdict.

According to WFRV, an unidentified woman had a medical emergency on the #Kenosha County courthouse steps shortly before 1.30pm local time. 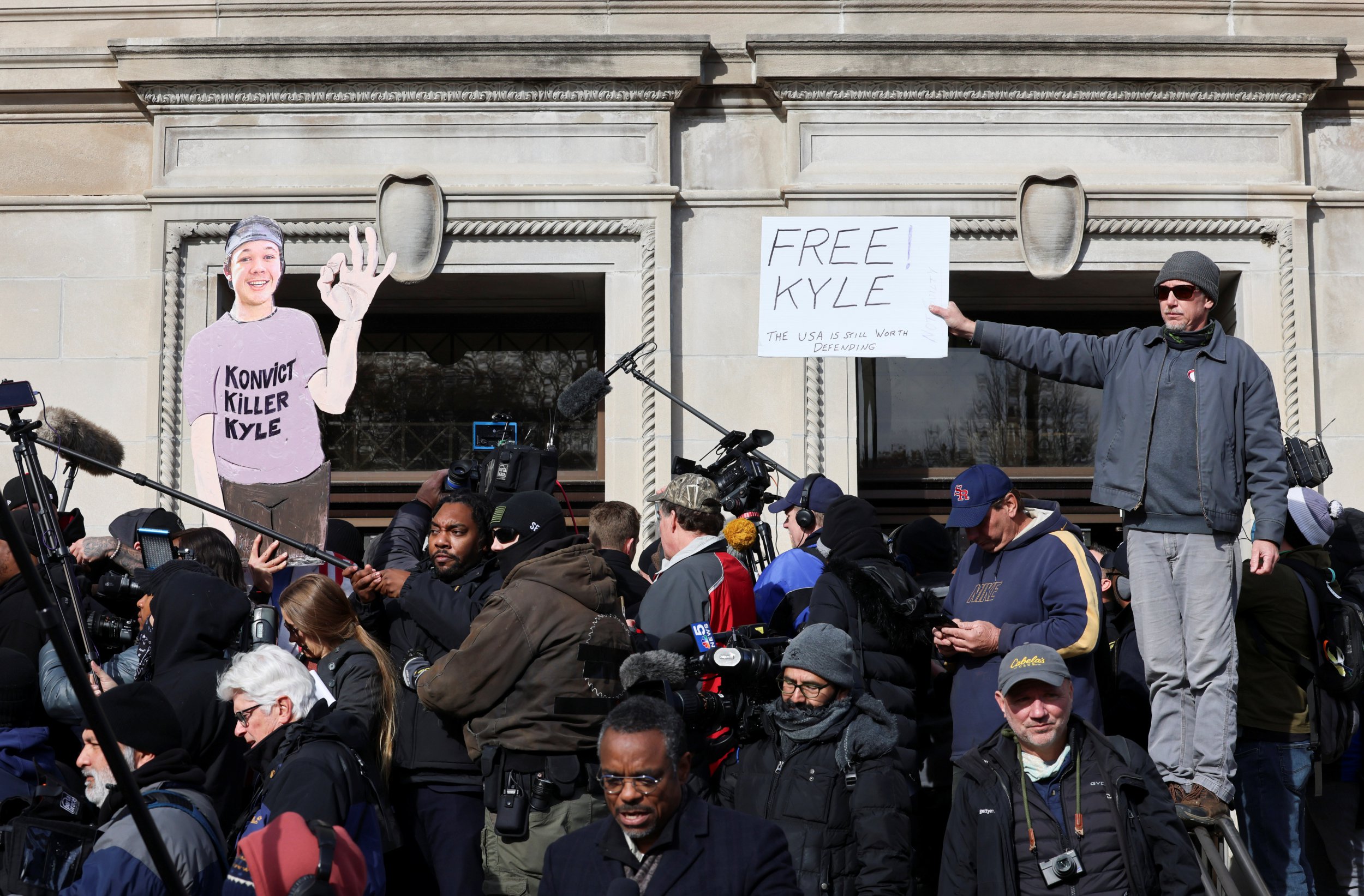 The severity of the woman's medical episode was unknown at the time.

An ambulance was shown pulling up to the courthouse with police directing crowds to back up as live coverage of the verdict continued.

Video from the scene showed hundreds of protestors outside the courthouse with a heavy police presence.

The incident occurred moments after Rittenhouse was found not guilty on all counts on Friday.

The teen broke down in tears as he was cleared of six criminal charges after a dramatic trial.

He was accused of murdering Joseph Rosenbaum and Anthony Huber as well as injuring Gaige Grosskreutz after shooting them during protests in Kenosha, Wisconsin, last summer.

The teenager entered a plea of not guilty on all charges and claimed self-defense.

Protesters had gathered outside the courthouse throughout the week in an impatient wait for the verdict.

Rittenhouse was seen smiling as he left in a car minutes after the verdict was announced.