The advance of lava from a volcanic eruption in Spain’s Canary Islands has slowed, rising in some places up to 50 feet as it thickens.

A second stream of lava has virtually ground to a halt.

As it slows, it has raised concerns that the molten rock may fan out across the land and destroy more homes. 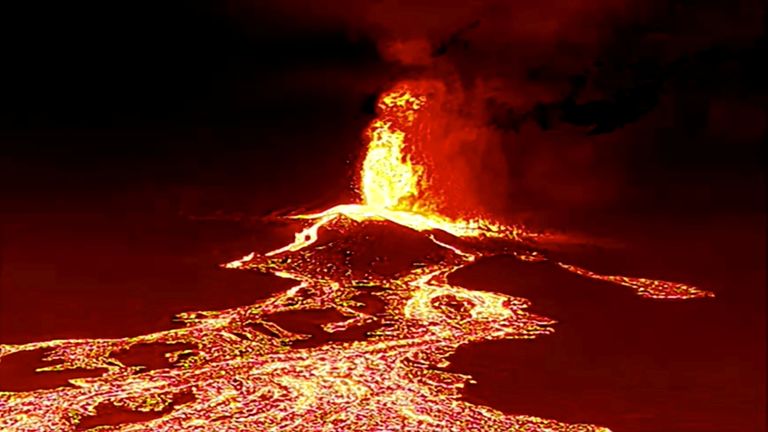 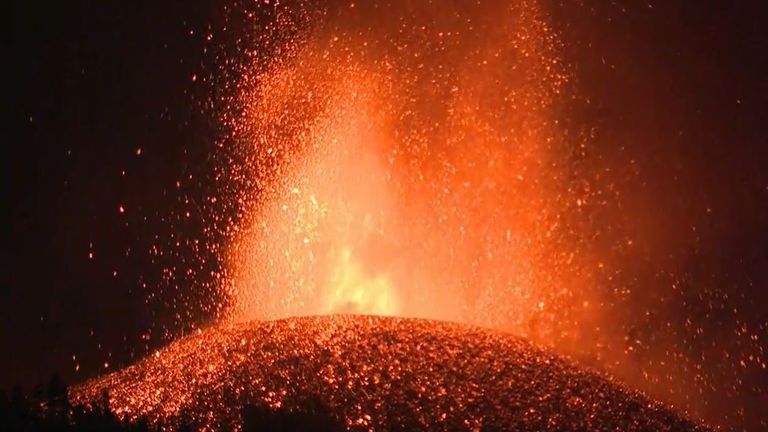 There have been no casualties reported from the eruption but damage to property, infrastructure, and farmland is expected to be extensive.

Almost 7,000 people were evacuated after scientists monitoring the volcano warned of the eruption.

The lava slowing has allowed more residents of towns in its path to grab belongings under police escort.

Officials had initially expressed fears about what would happen when the lava – with temperatures exceeding 1,000 degrees Celcius – reached the Atlantic ocean, as it could cause explosions, trigger landslides and produce clouds of toxic gas.

However, the head of the National Geographic Institute in the Canary Islands, Maria Jose Blanco, said some lava streams won’t reach the ocean until the weekend, and others may never reach it at all. 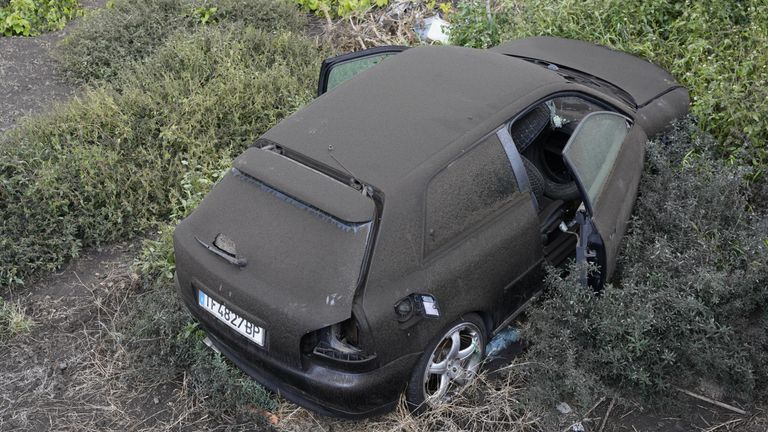 Meanwhile, molten lava, ash and smoke continue to pour from the volcano’s mouth, shooting up to nearly 14,000 feet high, the Canary Islands Volcanology Institute said, raising concerns about whether airspace above the island could remain open.

Readings taken of the air found no threat to health, authorities said.

Joel Francisco, 38, said he and his elderly parents left their home with only a handful of belongings and important documents.

Now the flow appears to have slowed, he hopes to return, if police allow.

“We don’t know how long we have to wait until we can return to our homes because the roads are closed,” he told The Associated Press.

“Some people have it worse off, their houses are gone.” 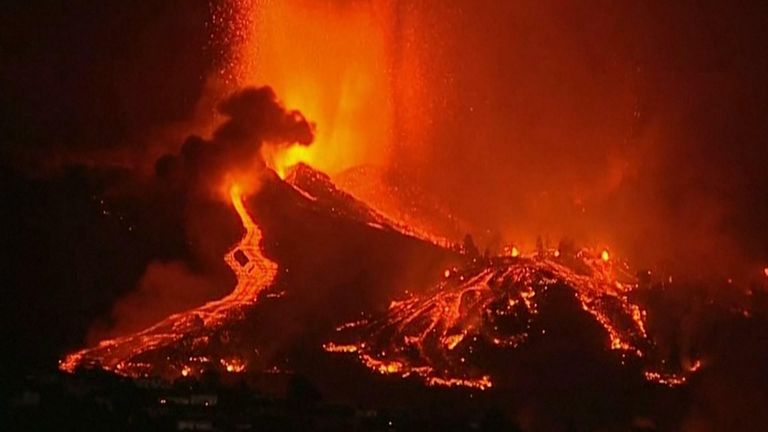 The Canary Islands Volcanology Institute said the eruption and its aftermath could last for up to 84 days.

This means residents could still be at risk of earthquakes, lava flows, toxic gases, volcanic ash, and acid rain.

However, tourists visiting the island have been largely undeterred, with many continuing to land for previously planned holidays.