CBS’ Seth Doane went on an underwater scuba dive in the sunken city of Baia, known for its luxury and grandeur. He explained the city in Italy served as a getaway to some of ancient Rome’s wealthiest residents and new discoveries are creating a clearer picture of the city’s wild past. Narrating over his scuba diving, Mr Doane said: “Brushing away sand reveals exquisite slabs of marble and these mosaics of two millennia ago.

“The now sunken part of Baia lies up to 50 feet below the surface.

“Underwater mapping has allowed them to create these 3D models to visualise the more than 400 acres of lavish villas and spas where Emperor Nero and Julius Caesar had homes.

“Baia was a seaside escape for the ultra-wealthy with extravagant offerings. 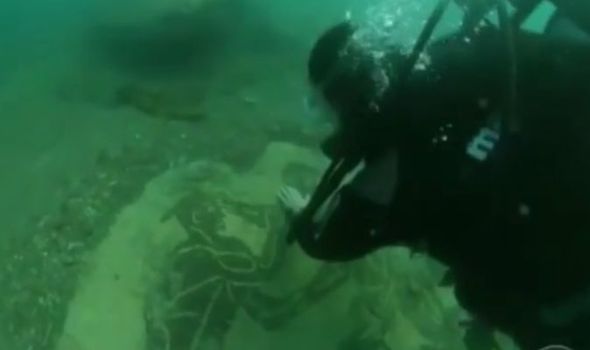 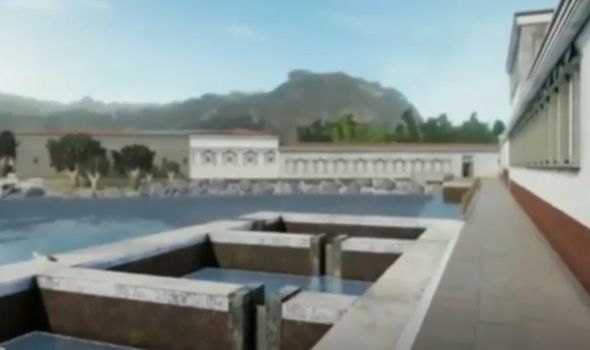 He said: “While smaller artefacts have been removed, larger structures remain.

“This has created an underwater museum for tourists and divers.

“For the first time in over a decade an entirely new neighbourhood, still being investigated and restored was open to the public last summer.” 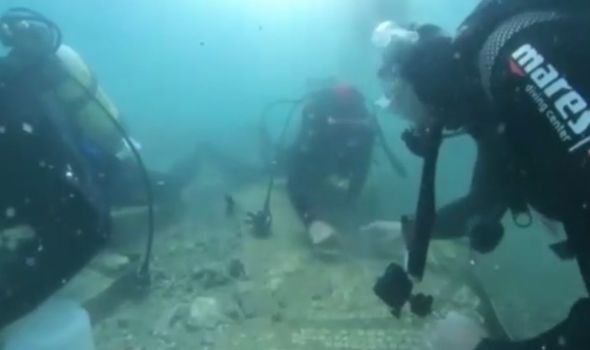 When questioned in the CBS studio, Mr Doane went into greater detail about the sunken city and how it earned the title of “Las Vegas of the ancient world.”

He said: “It was a wild place and really an extension of Rome.

“This is where everyone would go to relax and unwind and play.

“There are fabulous descriptions in ancient texts of drunk people walking on the beach. 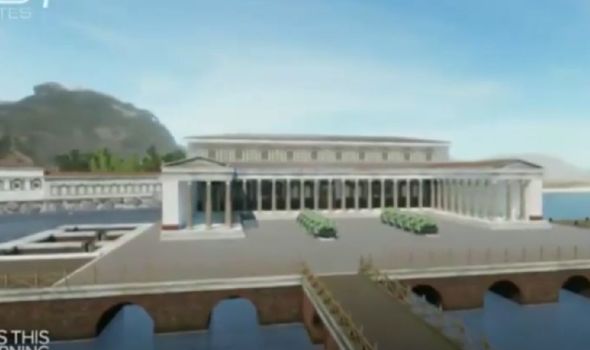 “There is one wonderful line about how luxury had claimed Baia for her own resort.

“There were even murder plots here, it was just this extravagant place.

“Architects also got to experiment here, they were testing things out using materials here which would go on to be used in the capital in Rome.”

The town of Baia – originally Baiae – situated in the Gulf of Naples near what is now the town of Bacoli.

The lower neighbourhoods became submerged due to intense volcanic activity from nearby Mount Vesuvius.