Home » World News » Last image of girl, 12, before she was found dead in suitcase

Last image of girl, 12, before she was found dead in suitcase

Revealed: Chilling CCTV of tragic 12-year-old girl named by family as Lola walking into building with her suspected killer before she was found dead in a suitcase ‘with the numbers 1 and 0 placed on her corpse’

The final image of a 12-year-old girl who was discovered dead inside a suitcase in Paris has been revealed in CCTV footage taken moments before her death.

A murder probe has been launched into the death of the girl – known only as Lola – after her corpse was found tied up inside the plastic suitcase close to her home in the French capital late on Friday night.

The victim was discovered with her feet and wrists bound, tape around her face and several cuts to her throat, just hours after she was reported missing by her parents.

She also had the numbers ‘1’ and ‘0’ imprinted on her lifeless body, not painted or cut but placed by a ‘device’, according to police source cited by French broadcaster BFMTV.

A post-mortem examination on Saturday concluded that she had died of asphyxiation.

Chilling security camera footage has now emerged which showed the young girl, dressed in a white outfit and carrying what appears to be a schoolbag, walking into her building behind a woman who witnesses claimed was later seen carrying the suitcase.

The suspect, dressed in white trainers, light leggings and a grey jumper, walked through the door closely followed by Lola, who was seen wearing an all white outfit and carrying a bag. 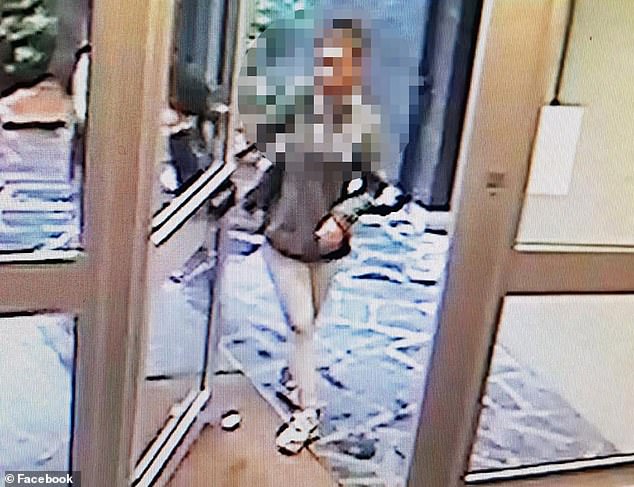 Lola is seen partially obscured by the door as she follows her suspected killer, pictured centre. The suspect is seen wearing a grey jumper, white leggings and trainers. Lola quickly followed her into the building 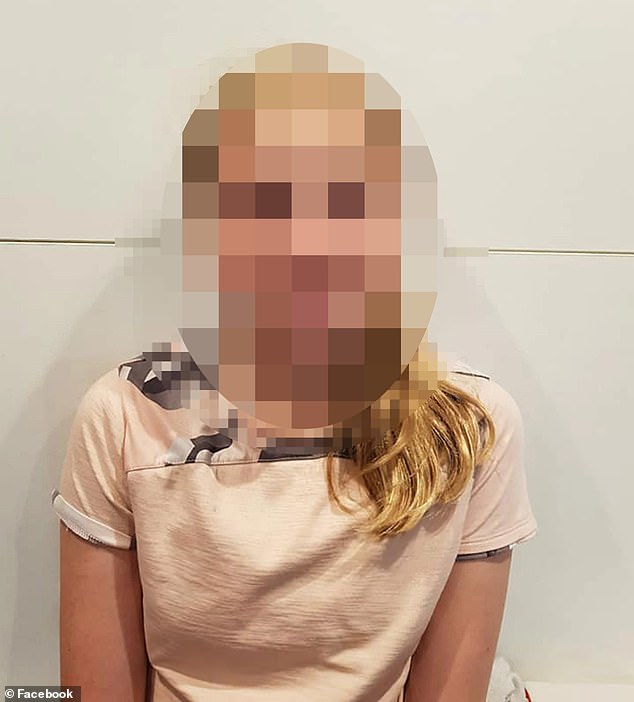 The tragic girl was found outside a block of flats in the French capital’s 19th arrondissement on Friday evening after she had been reported missing by her mother when she failed to return home from school.

Police told French media they had uncovered signs of kidnapping in the basement of the building and launched a murder enquiry.

Officers believe the suitcase seen in the CCTV footage is the same suitcase which was found later that evening containing Lola’s corpse, just a few streets away on Rue d’Hautpoul.

One resident who lives in the area told BFMTV he saw the suspect dragging the suitcase around two hours prior to Lola’s disappearance.

‘We saw her go into the building, she was all alone… we saw her half an hour later with a suitcase, she was speaking a bit with everyone, she seemed to be a bit crazy,’ the resident said.

He went on to allege that the suspect left the suitcase in the street as she nonchalantly sauntered into a patisserie and bought a croissant before dragging it away.

‘She was struggling to carry the suitcase, we thought it was because it was heavy items and she was quite slim – we never thought it was a body… It was 5pm and she was walking around with that suitcase, she even left it outside a cafe and went to the bakery opposite to buy a croissant as if nothing had happened,’ the witness claimed. 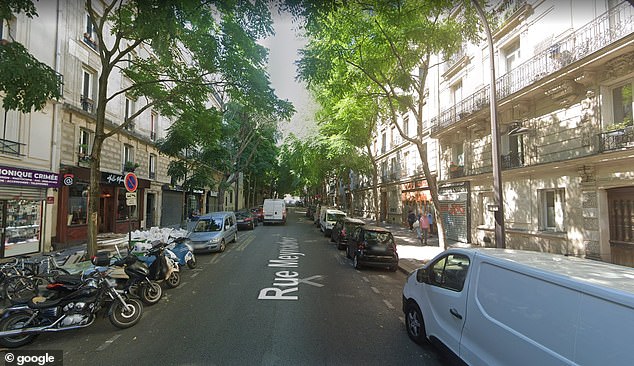 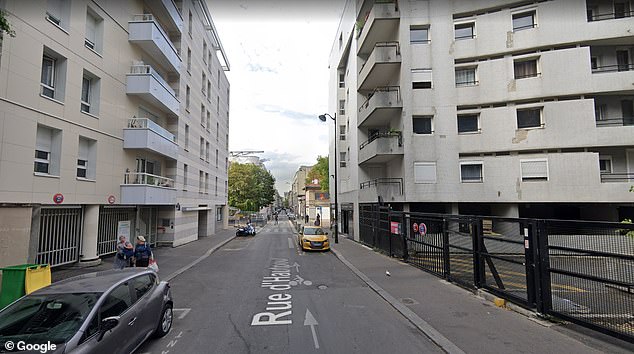 The schoolgirl’s face was covered in tape, her feet and fists were bound, and she had suffered several cuts to her throat, according to reports.

The victim’s mother, Delphine, went to police at 5pm on Friday evening when she became worried that her daughter had not returned home, and subsequently posted a desperate appeal for help on social media.

Less than six hours later, a homeless man contacted the police after he allegedly stumbled upon the suitcase and discovered the body inside at around 11:30pm on Rue d’Hautpoul – just a stone’s throw away from the victim’s home.

Police have taken several people into custody including the female suspect who was seen carrying the suitcase and the homeless man who reported finding Lola’s body.

The public prosecutor confirmed to BFMTV that signs of a struggle had been discovered in one of the basement rooms in Lola’s building.