Lawyer for Epstein victims claims Acosta hid federal immunity deal from his clients, invites him to visit Florida to explain 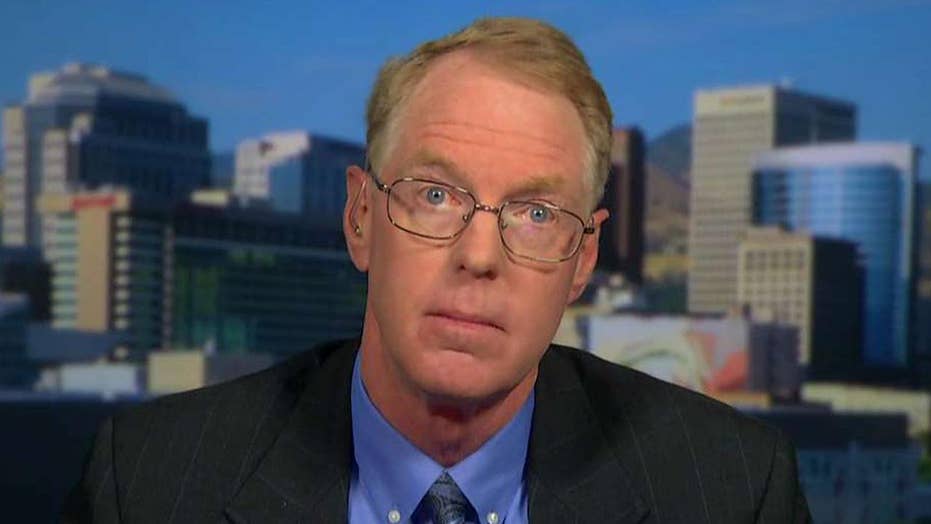 A former attorney for two Jeffrey Epstein accusers, Paul Cassel, claimed the agreement reached between Labor Secretary Alex Acosta and Jeffrey Epstein was shrouded in secrecy, and purposely kept hidden from the victims.

During Acosta's Wednesday press conference about his time as a Florida prosecutor handling Epstein's 2008 prostitution case, he came under fire for an allegedly secret breakfast meeting he had with opposing counsel at his hotel.

"What happened at that secret one-on-one private breakfast meeting was that Secretary Acosta and one of Epstein’s high powered lawyers agreed to keep that nonprosecution agreement secret from the victims," Cassel said Thursday on "The Daily Briefing."

He claimed his clients were never informed that Epstein's deal granted him immunity from federal charges and said Acosta was complicit in trying to hide the agreement during the chaotic aftermath.

JEFFREY EPSTEIN CALLED BILLIONAIRE, 'MAN OF NEARLY INFINITE MEAN' — BUT IS IT TRUE?

"For the next eight months, the victims were never told that there was an immunity agreement in existence that was going to prevent federal prosecution of Epstein for the crimes he'd committed against them," Cassel said.

"I won’t speak to [Acosta's] motives, but I will speak to the facts. And the facts are that after that private one-on-one meeting, it is clear for the next eight months the victims were never told that there was already a signed agreement between Epstein and Acosta preventing federal prosecution."

"And that’s of course documented by the whole pattern of what happened over the next eight months. A federal judge has now found that the U.S. Attorney's office, led by Mr. Acosta, concealed the agreement and misled the victims about what was going on. And it all seems to relate back to this private one on one meeting."

Cassel said it's taken over a decade to shine the spotlight on the case and accused Acosta's successors at the U.S. attorney's office of covering up stonewalling it at all costs.

"It’s taken us 11 years. Secretary Acosta, while he was the U.S. Attorney and then his successors have thrown up roadblock after roadblock. But we’re pleased that the judge finally reached the merits of the issue, found that the victims' rights are violated — is now looking at remedying it," he said.

"And I want to say to Secretary Acosta — one of the big problems with what we have with what happened yesterday is, he spoke to the Washington press corps about his reasons for doing all this. He has never come to Florida to talk to the victims. Please come to Florida and talk to the victims. I know they would have lots of questions that they would like to have answered."