AN EXPLOSION has reportedly destroyed a barbershop store front as a fire continued to rage.

Initial reports of the explosion arose shortly after 2pm on Tuesday afternoon. 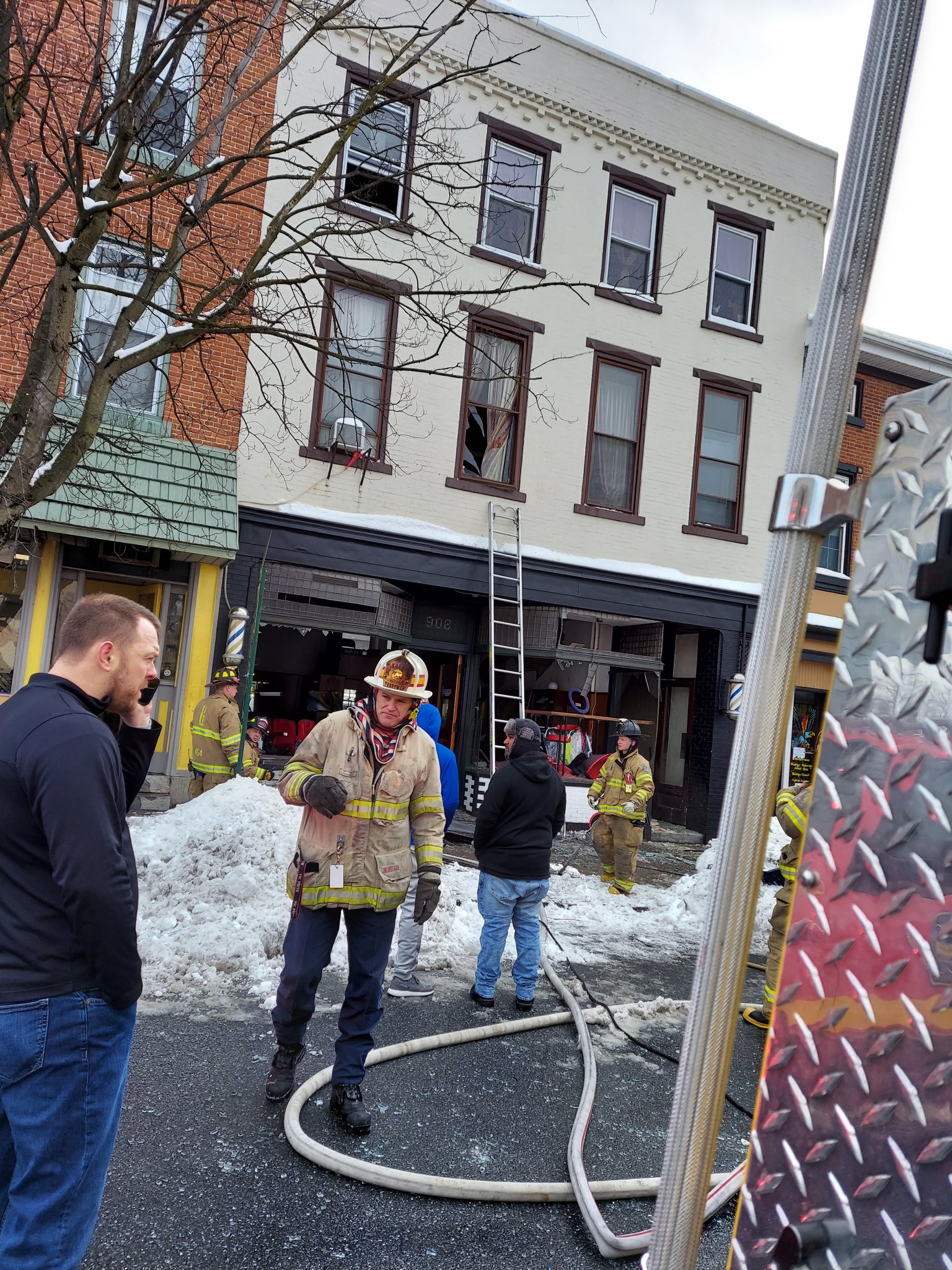 The Total Traffic and Weather Network for Harrisburg appeared to confirm earlier claims of a "serious fire."

A store front of a barber shop was destroyed, according to one Twitter user.

Another user said that the blast took place at 906-908 Cumberland Street in the downtown area of Lebanon, Pennsylvania.

The Lebanon City Fire Department told a local Fox affiliate that everyone was removed from the building safely.

Officers added that the two-alarm fire was extinguished.