Home » World News » Life, on steroids: Not even my iPhone can recognise my face

Life, on steroids: Not even my iPhone can recognise my face

Friends have come up with a range of interesting terms to describe the dramatic change in my appearance in recent weeks.

My neighbour said it was like someone had stuck a bicycle pump in the back of my neck and blown up my face. My son declared my features were slowly disappearing into my cheeks. My best mate requests regular selfies and when she clapped eyes on me after a two-week break the other day, she laughed and laughed and laughed.

Even my doctor told me I looked like a hamster. 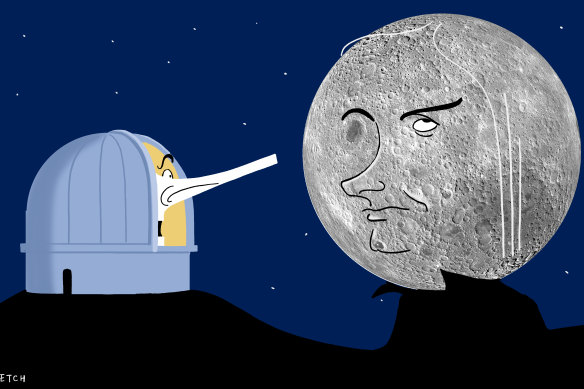 The reason for this is that I’ve been on a decent dose of steroids to treat inflammation. And they have been doing wonders for my body and energy and frame of mind, as anyone else who has been on this particular drug – prednisone (often used after transplants, to help with arthritis, lupus, Crohn’s disease, and other inflammatory syndromes) – will know.

The initial highs – almost a borderline mania – are incredible. I even experienced an uncharacteristic and fleeting enjoyment of housework for the first time in my life. I found myself cleaning out the vacuum cleaner at 1am after writing a column and two speeches, then turning to the washing machine filter before scrubbing down the cupboards and heading to bed for just a couple of hours’ sleep – all highly atypical behaviour.

I had read about the side effects beforehand and was thrilled to experience one of them – an “inappropriate happiness” (is any happiness ever fully appropriate?) – though slightly alarmed by the others. My appetite, my god, it’s been insane and insatiable. I wake up in the middle of the night with actual hunger pains. Saucepans boil merrily all day on my stove; I keep whipping up cakes to drop into neighbours or force on passers-by.

The other side effects though, have been less welcome. After just a couple of weeks, my clothes were uncomfortably tight and my face was puffy. After two months, my face had grown so large and round friends walked past me in the street, failing to recognise me. My local chemist squinted at me when I last went in, saying only my voice gave my identity away: “Julia – is that you?” Sigh.

I have acquired what even doctors call “moonface”. Yes, that is the technical term. And it is something that has been found to genuinely distress people, like this 2015 study of lupus sufferers who struggled to cope with cruel or thoughtless remarks about their bloated faces and skipped medication without telling their doctors as a consequence. Moonfacers cluster in support groups online, comparing before and after shots, commiserating. Although one positive seems to be – no wrinkles!

Now, in what seems to be a particularly cruel blow, even, finally, my iPhone does not recognise me. I don’t recognise myself. On every indicator possible, it doesn’t matter, of course. It’s been good for my health, and my doctor was pleased with my body’s response. I have felt an energy I haven’t felt for years.

And all of this stuff is only temporary. I don’t want to sound like some dickhead freaking out about weight gain; when you have chronic health issues your relationship with your body is much more complicated than big or small, and function trumps vanity every time. I just want this thing to work.

Even if my head resembles a block of cheese on a toothpick.

But the reason I wanted to write about this experience is because what changes when you begin to visibly show signs of medical treatment is the way people respond to you, and how uncertain they suddenly are, because we are mostly used to chronic pain being invisible, sequestered away, private, hushed. 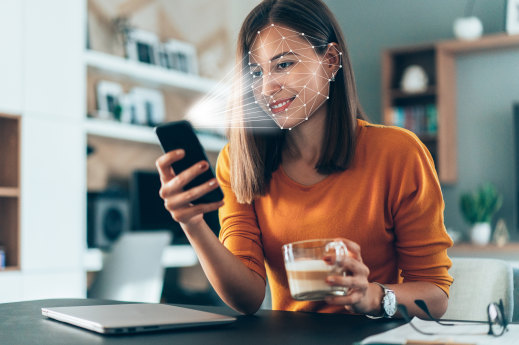 Now my face trumpets: “GETTING SOME STUFF SORTED OUT ON MY INSIDES.”

Which is good! It’s not a signal for intrusion. As my friend, Lu, pointed out, imagine if everyone who took antidepressants had the side effect of a lumpy rash on their nose – would it be right, upon spying it, to ask why someone was depressed, how long they had been depressed for and if there were any root causes and if the rash would go away or they were just kind of lumpy now for life?

Nor is it an invitation for speculation. I last appeared on air on the ABC TV show I have co-hosted for years, the Drum, with what I thought was just a little puffiness, which blew up on screen. Some viewers immediately began to ask whether I had plastic surgery, or “work” done. There was commentary about whether I had fallen into a beehive or gone to the dentist but mostly, there was conjecture about whether I had dodgy cosmetic injections: “Sorry to say! But did Julia get too much Botox… her face looks so swollen.”

Someone suggested I had a bad face lift (I mean, I could possibly live with looking like I’d had a good face lift, but a bad one?) Another wrote: “Whoever done it, made a really bad job…her whole face looks totally swollen and her eyes look funny”.

Another kindly suggested: “looks aren’t everything.”

When actress Ashley Judd was on prednisone in 2012 and 2020, she experienced a reaction so wildly obsessive and judgmental, Lindy West called it “Judd-puff-mageddon” and Judd wrote a piece slamming the “hypersexualisation”, “degradation” and “general incessant objectification” of women in the public eye.

I can’t blame our much-loved ABC viewers for the same, though. Many were kind and concerned, they just correctly noticed my face was… different.

I’ll start tapering off this drug people call “the devil’s Tic Tacs” (so good and yet so bad) shortly and will return to how I was before, I guess. But this experience has been a curious eye-opener; it’s taught me how awkward we are around health issues, how quickly we strain to paper over signs of repair, how easily we judge or intrude, how much pressure we put on ourselves to say or do the right thing when we become aware someone we know is in pain or need of fixing.

So really, don’t panic if someone looks odd, especially not on behalf of those of us with lunar-features. Pass them a pie and praise the endless possibilities of modern medicine, without which so many of us would not still be walking this earth.