In January, farmer Belinda Steers and her partner rounded up a flock of sheep for shearing when they discovered 84 lambs were missing with their mothers left behind. The lambs were still too young to be weaned.

For two days she scoured the paddocks of her Avenel farm, in central northern Victoria, before she reported them as stolen. “You just want to cry,” she said.

Livestock theft has hit a 10-year-high in Victoria, placing a mounting financial and emotional toll on farmers and costing them almost $2.8 million in 2021, up from just under $2 million the year before, according to the Crime Statistics Agency.

Steers estimated her stolen lambs would have been worth at least $11,000, but that did not include money she had already spent on feed and medicines to care for them. The value of stolen sheep – the vast majority of animals taken – reached $1.9 million across the state last year. But the figures belie the enormity of the problem with both police and farmers admitting it is vastly under-reported. 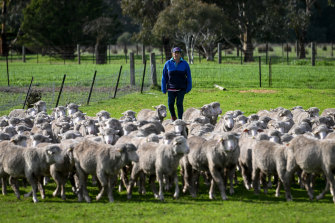 Belinda Steers rounding up sheep on her Avenel farm.Credit:Eddie Jim

Sheep generally range between $100 and $300, while prize stud ewes can sell for more than $1000. The vast majority of stolen animals are never recovered. Last year there were 267 livestock theft offences recorded, but 230 of them remained unsolved.

Steers said thieves had taken more than 160 sheep from her property over the past five years. She has installed some cameras, but said it would cost $20,000 for a full security system in addition to monthly payments.

But thieves can take dozens of animals at a time from properties and then bypass identification systems designed to trace the transportation of farm animals.

Steers, a genetic consultant who works with farmers across Australia, said she had been told of many instances in which ewes were taken while their newborn lambs were left behind. “There’s no thought for the animals’ welfare when people are stealing them.”

The Victorian Farmers Federation is lobbying the Victorian government to increase investment in detectives who specialise in farm-related offences and has nominated agricultural crime among its top priorities for November’s state election.

“Sadly, governments have repeatedly failed to deal with farm and rural crime,” she said. 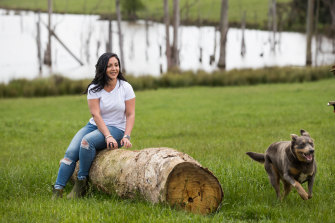 Nearby to Steers’ farm, Locksley farmer Steven Brook said at least 300 sheep were stolen from his farm between June 2017 and April this year. After speaking to other farmers in the area, he estimated about 700 sheep had been stolen in the past five years.

Victorian laws require all sheep to have identification tags, which allow farmers to count and trace the locations of their sheep. 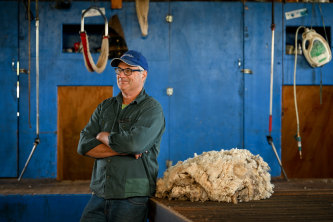 Farmer Steven Brook has also been a victim of livestock theft. Credit:Eddie Jim

But Brook said he believed thieves were carefully planning livestock theft, including trucks to transport the animals and methods for removing tags.

“This is more organised than just a thief who takes the opportunity when he sees a few sheep on the road,” he said.

However, farmers were often reluctant to report livestock theft, Brooks said, partly because it was hard to tell when the animals were stolen as they were often spread over huge distances.

“I kept quiet about it,” he said. “I felt embarrassed.” 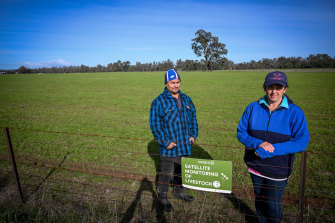 He said it was vital that farmers told police if they suspected they had been the victims of theft.

“We know that it’s often very difficult to tell if and when livestock theft has occurred as we know animals tend to be counted periodically, and it’s physically impossible to have eyes everywhere on a large farming property,” he said.

Stolen animals were taken to sale yards where police carried out random checks in some cases, Wilson said. Signs of theft included ripped ears on animals or suspicious tags, as well as unusual mobs of sheep with mixed breeds. 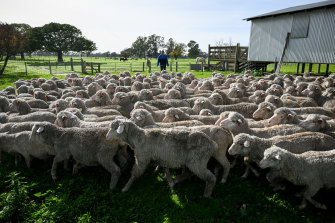 A state government spokeswoman said there were 78 farm crime liaison officers who worked with regional communities wherever they were needed.

She said the officers had specific skills and knowledge of the agriculture sector, so they could oversee farm and livestock investigations.