‘Ready to hit the ground from day one’: Liz Truss makes embarrassing gaffe in victory tweet after securing her place in final face-off with Rishi Sunak in race to be next PM

Liz Truss has said she is ‘ready to hit the ground’ in an embarrassing gaffe after advancing to the final two of the Tory leadership contest to be the next PM.

In a tweet posted minutes after coming second placed in the last vote of Tory MPs, the Foreign Secretary thanked colleagues for their support before saying the blunder.

She wrote: ‘Thanks for putting your trust in me. I’m ready to hit the ground from day one.’

She later deleted the tweet and reposted it with the error corrected.

The Foreign Secretary is known to be prone to excruciating moments – such as her now-infamous ‘pork markets’ speech to the Conservative Party conference in 2014 while a relative unknown.

The tweet was seized upon by serial Government critic and former mandarin Dominic Cummings who used the gaffe to warn Tory members against elected Truss as leader.

Mr Cummings said that the Foreign Secretary would certainly hit the ground but would not ‘bounce’ – in reference to the poll boost that new Prime Minister’s tend to receive.

The former chancellor and the current Foreign Secretary came first and second in a nailbiting Tory leadership vote by MPs this afternoon that saw Penny Mordaunt edged out following a frantic day of wooing and horse-trading in Westminster. 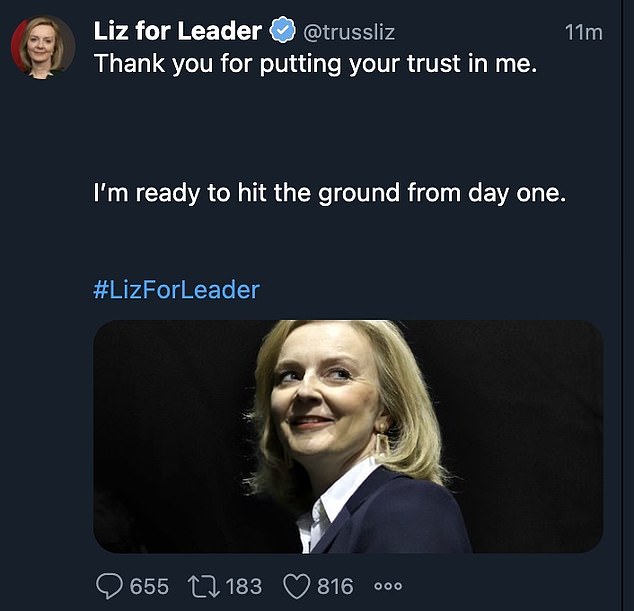 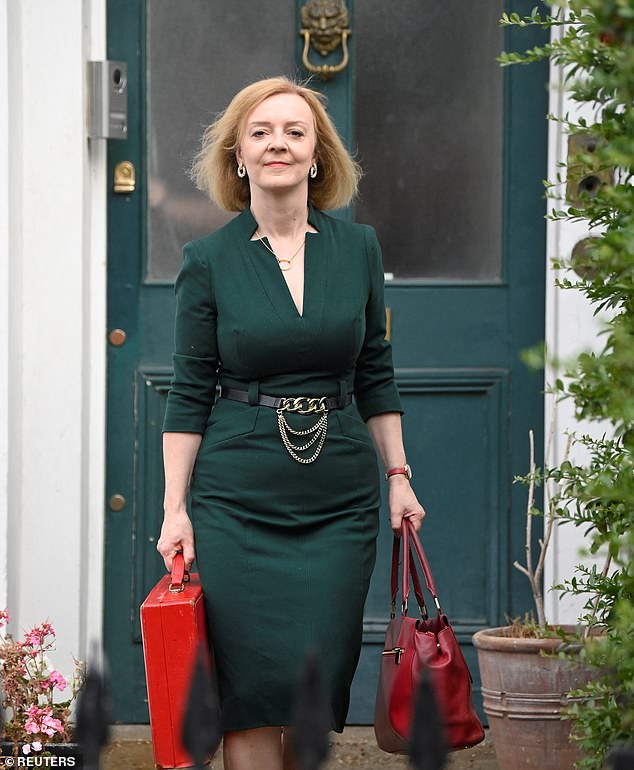 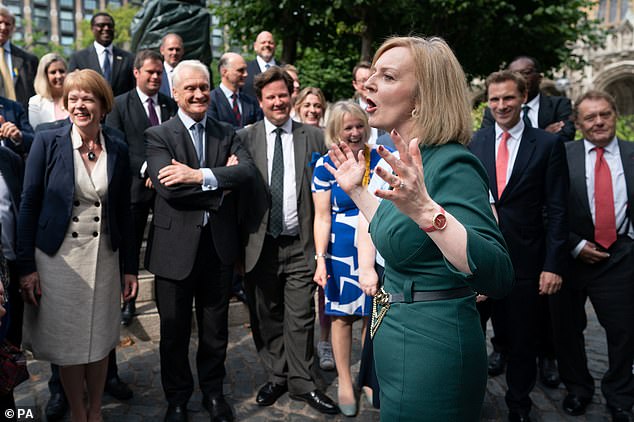 Allies of Ms Truss have pointed out that she kicks off the race from a strong position, with a YouGov survey showing that she would beat Mr Sunak by a comfortable margin of 54:35. Bookies immediately installed her as favourite to be the next PM.

Ms Truss was six behind in the fourth round of voting yesterday, but seemingly managed to win over the bulk of Kemi Badenoch’s backers – racking up another 27 endorsements to leapfrog the trade minister with 113 to 105.

Mr Sunak topped the vote again with 137, up 19 on the last stage and will go head-to-head with his former Cabinet colleague, with the result to be announced on September 5 and the winner taking over from Boris Johnson the following day.

Their first major clash is due to be in a BBC TV debate on Monday night. And Sky News will host a further TV debate on 4th August.

Ms Truss and Mr Sunak will also face each other at a total of 12 hustings events for Tory members. These will be held across the whole UK between now and the end of August, beginning in Leeds next Thursday.

Eight other hustings will be held in England, with one event in each of Scotland, Wales and Northern Ireland.

Tory members will receive their ballot papers by 5th August, with the vote closing at 5pm on 2nd September.

There are already signs the election could get nasty, with Ms Truss repeating her promise of a ‘bold new economic plan that will cut taxes’ in a dig at the ex-Chancellor’s spell in charge of the Treasury.

Meanwhile, Mr Sunak – who tonight used a Twitter video to declare only he could beat Labour to win the next election – pointedly refused to confirm he would give his rival a Cabinet job if he wins.

In other twists and turns in the Westminster hothouse today: 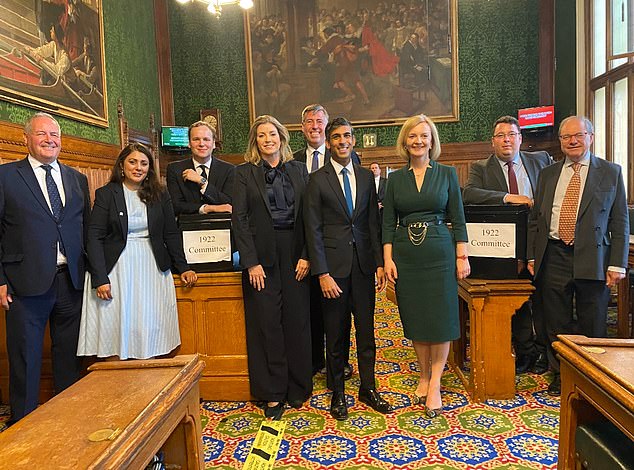 The three candidates (pictured centre, Penny Mordaunt, Rishi Sunak and Liz Truss) posed with the 1922 committee executive as they waited for the result this afternoon 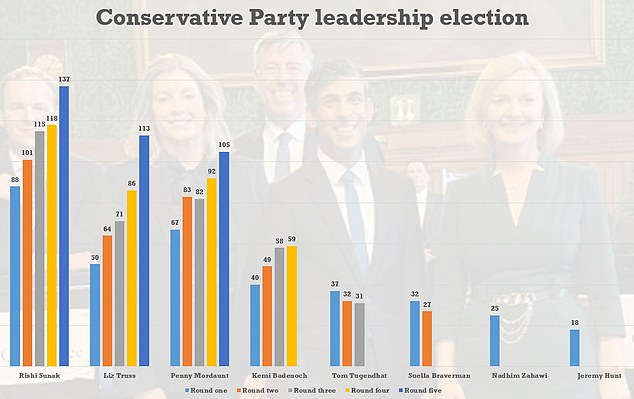 Liz Truss overhauled Penny Mordaunt in the final round, having trailed behind her throughout the contest

HOW THE TORY LEADERSHIP RACE WILL PLAY OUT

Today – A fifth ballot of Tory MPs has decided Liz Truss and Rishi Sunak will be the final pair, ending the parliamentary phase of the contest.

Tomorrow  – MPs will head away from Westminster for their summer break.

Late July and August – CCHQ will assume responsibility for leadership election and will send out ballot papers to around 200,000 Conservative Party members. The Tory grassroots will be asked to decide between the final two candidates, with hustings events to be held across the UK.

5th September –  The result of the membership ballot is announced, with the candidate receiving more than 50 per cent of the vote being declared the new Tory leader and Boris Johnson’s replacement as Prime Minister.

6th September – The new Tory leader is likely to be formally appointed as PM during a visit to the Queen at Buckingham Palace.

7th September – The new PM is set to be quizzed in the House of Commons in their first ever Prime Minister’s Questions.