Liz Truss may have £15 billion LESS than she expected to fuel tax cuts if she becomes PM: Economists warn that the government’s headroom will be HALVED in next economic forecast

Liz Truss may find herself with billions of pounds less than she expected to fuel tax cuts if she becomes Prime Minister.

The Conservative leadership hopeful has repeatedly cited £30billion of ‘headroom’ in the Government’s finances to help her slash taxes.

However the Office for Budget Responsibility (OBR) is expected to tell the foreign secretary that this ‘headroom’ will be halved, economists have warned. 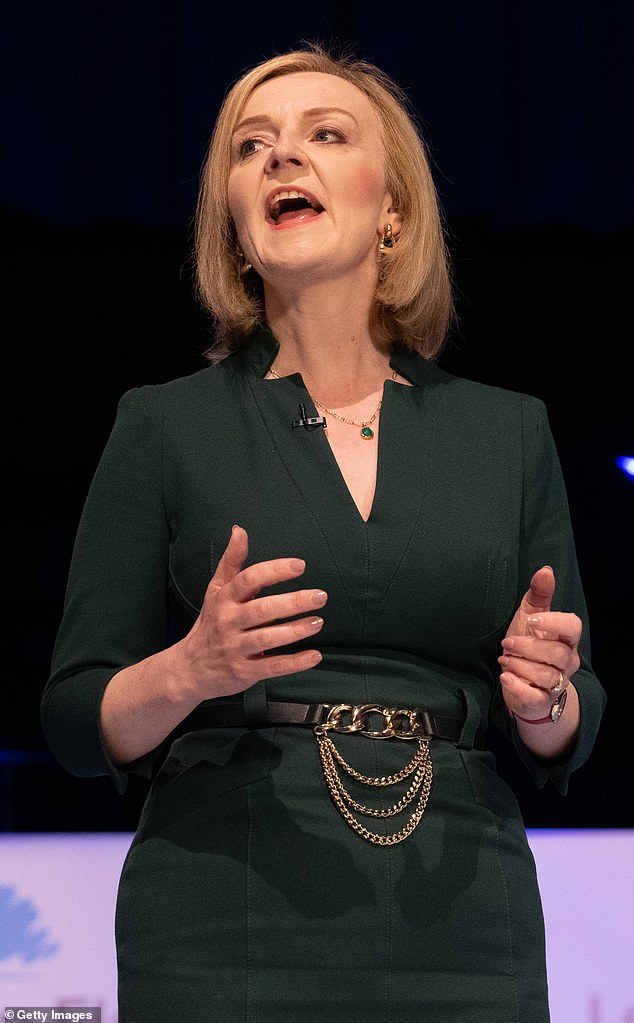 Liz Truss may find herself with billions of pounds less than she expected to fuel tax cuts if she becomes Prime Minister. Pictured at leadership hustings on August 5

The budget watchdog is preparing to release an updated forecast looking at the UK’s public finances and economy, the i reported.

These usually take 10 weeks to prepare, but an OBR spokesperson told the news outlet that they ‘would be in a position to provide a forecast for the new chancellor, were they to request it’.

Economists have suggested that it will forecast more government borrowing due to rising inflation rates and a predicted recession.

Ms Truss is hoping that the £30billion ‘headroom’ will allow her to cut taxes while staying within the country’s borrowing rules. This same figure has also been a focus for Rishi Sunak.

But if this is halved, the front runner will either have to borrow more money, or reduce her tax plans.

Gemma Tetlow, from the Institute for Government said that it is ‘very likely’ that ‘a good chunk’ of the £30billion headroom will have gone.

Allies of her opponent, Mr Sunak, have criticised Ms Truss, saying that she has a ‘bigger black hole than Jeremy Corbyn’ in her policy plans.

A source close to the former chancellor said that Ms Truss has announced £50billion worth of tax cuts, alongside a £30billion spending rise — enough to eradicate the ‘headroom’ before any revised forecasts. 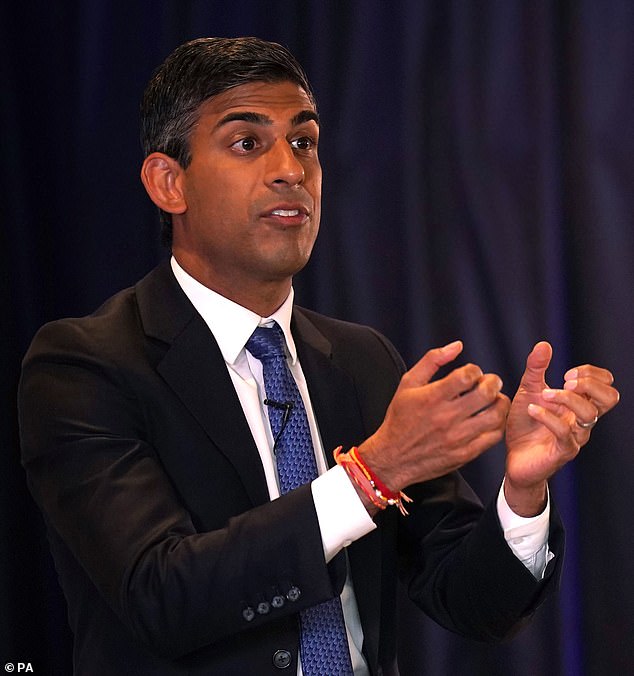 Allies of her opponent, Rishi Sunak, have said that Ms Truss has a ‘bigger black hole than Jeremy Corbyn’ in her policy plans. Pictured on August 17

Ms Truss’ campaign team declined to rule out this prospect that she could begin creating an emergency Budget, without asking the OBR for an updated ‘economic and fiscal outlook’.

This means she may base her tax policies on forecasts that are six months old, during a time of fast-paced economic change.

Beyond tax, the foreign secretary has suggested that cost of living payments may be targeted at the most vulnerable in society — despite being opposed to the concept of ‘handouts’.

But she may not have time to launch any such scheme before October’s energy price cap rise, the Treasury will warn.

Instead, officials are expected to tell the incoming premier that support for struggling Brits will need to come through the current tax, welfare and support systems.

The Institute for Fiscal Studies expects this year’s borrowing to be £16billion more than forecast, and £23billion more next year.

It has also indicated that the ‘headroom’ for 2024-2025 may be similar to the OBR’s last forecast, if inflation generates higher tax revenues.